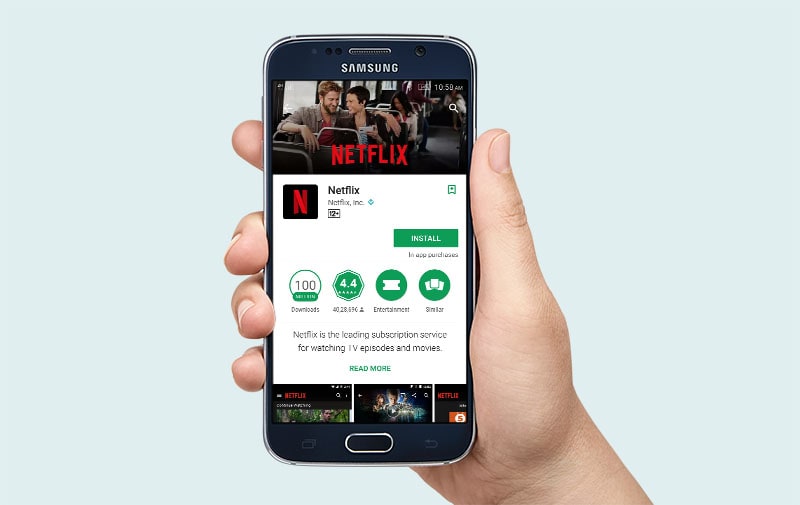 For most of its existence, Netflix was focused on the United States. It slowly expanded into Canada and then a few other markets, before the big expansion of January 2016. The company launched in India - and 129 other countries - two years ago, a process that Michael Spiegelman, Vice President Global Product Innovation at Netflix describes as a great learning experience.

"When I joined [in 2010], we were credit cards only, and then with Latin America we had to learn about direct debit and debit cards, and people there were used to one time payments, so getting people to use recurring debits was something we had to work out," says Spiegelman.

For Netflix, Payments has been one of the most important aspects of innovation in the global roll-out. Spiegelman says, "If someone wants to pay you, get out of the way and let them!" This means identifying the local payment systems in each market, and then figuring out which might be good fit for the company. For example, there have been rumours that Netflix will add UPI support in India.

"We're looking for a lot of things, though I don't know what's going to see light of day," says Spiegelman. "We are constantly evaluating a lot of payment methods that are natural here, like paying through your phone, wallets, things like that."

"We have to evaluate each to see if it will be optimised, for things like recurring payments, so the customer doesn't have any problems," he adds.

"And then, coming to India has been an inspiration for us to think about the service in other ways," Spiegelman continues. "A little over an year ago, we came out with the download service, which came from what we learned from the markets in India and Asia. So you know, downloads, all of a sudden made sense to a much larger portion of the population [of Netflix users]."

Aside from that, going global also changed the profile of devices that Netflix has to support. At an earlier meeting, Chris Jaffe, Vice President of Product Innovation at Netflix told Gadgets 360 how only about a third of Indian users are viewing Netflix on television - the rest are watching it on devices like mobiles, laptops, and tablets. Spiegelman confirms that Netflix innovation became strongly mobile focused, and adds that efficiency became much more important.

"How do you use less horsepower, and less memory, and work on infrastructure that's different too? A lot of focus on Android has come from these markets as well. A couple of years ago, we were really focused mostly on iOS, but now Android is just as important," says Spiegelman. "I have an Android phone myself, and a lot of colleagues also. A lot of development has also been on that front, for making it a much more mobile-first experience. So downloads is a part of that, but so is making sure that the experience feels first class on a phone."

Getting this to work requires a culture of innovation, Spiegelman stresses, adding that the company is willing to risk failure rather than sticking to only safe ideas. "There is a mantra of freedom but responsibility - you have the freedom to do what you think is right for the company, and the responsibility to act on it," he says. "You're not looking for approval, or consensus. We have weekly product meetings, and the product manager isn't trying to get approval, they're trying to get the best ideas out there. And I think that we also try to destigmatise failure, because we're trying a lot of things, and even if it's not always successful, it adds to the knowledge base of the organisation."

Speigelman illustrates this with an example from his early days at Netflix.

"I was working [before that time] on what people who are subscribers see," says Spiegelman, "and I said, we have such a great catalogue to offer, and people explore this and find a lot of great content to watch, so why not let people who are not yet members browse this catalogue? And we'd get feedback from users saying we'd love to see what you offer before we subscribe, so we built out this way to let people explore and browse, though you still would have to subscribe to play the videos."

"We tried this in four different ways, so we had for example, an explanatory screen first, we also did this unwrapping experience where you picked titles you liked outside Netflix and it created a shelf for you, we tried all these different ways, and at no point did it work in converting people," he adds. "I think one of the reasons is that the catalogue becomes very overwhelming when you're just trying out the service, so people would say I wanna see the catalogue first, but when you're looking at thousands of titles, it's very distracting. That's one of the things we learned, that this amount of content is really overwhelming. We went in the opposite direction too. We tried showcasing one title that's really big, like House of Cards, Orange is the New Black, but that hit a snag too, because we realised that content can be really polarising. Finally we've hit upon showing 20-30 titles at a time."

This kind of testing forms the basis of Netflix, in many ways. The company is notoriously data driven, to the point where it's measuring what the audience watches to create new shows such as House of Cards. According to Spiegelman, every new idea is created like a hypothesis, which can then be A/B tested. "It's our customers telling us what works for them, but tested at scale, across thousands, or even millions of people."

Of course, data driven design has its own risks as it can channel people along set paths. Like most tech companies, Netflix also holds Hack Days, an internal programming event to get people to work on new and fun ideas. Most of these don't actually make it beyond that single day's coding, as the purpose is often simply to get people to think of things in a different way. That said, some of the ideas do bear fruit.

"A lot serves as seeds for ideas, including one that led to a redesign, on how we organised the website," Spiegelman tells us. "The ability for your phone to interact with the TV, and be a remote control, that was also a very early experiment. We have also had a lot of internal tools that have come out of hack days. People will say, 'this thing is bugging me', and spend 24 hours and come up with a better way, and all of a sudden you have a new dashboard or a new analytics framework. But a lot of it also gets people's minds focused in different ways. For example in the last Hack Days, we had someone take a vending machine, that lets you subscribe to Netflix, using cash. I don't think we'll ever have that around, but the concept of having a physical interface… maybe?"