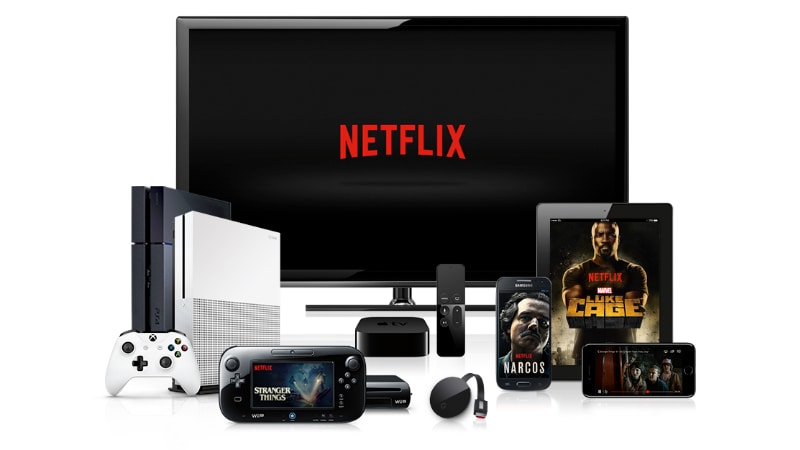 Netflix completed two years in India last week. The video streaming platform made the announcement of rolling out operations in over 130 countries in one go back in January 2016 that brought its services to India as well. In some ways though, it has been an uphill struggle in a country that's much more used to free content. Netflix is, nevertheless, aiming to get bigger in the country using its original content strategy that is focused towards millennials and the Internet-consuming urban audience.

"Since its launch in January 2016, Netflix has grown significantly in the Indian OTT video streaming market; however, it is far behind other OTT players," Hanish Bhatia, Senior Analyst, Mobile Devices and Analytics, Counterpoint Research, tells Gadgets 360, adding, "At present, it is the fifth largest player in India, behind captivating options such as Hotstar, Voot, Amazon Prime Video."

A recent report by Counterpoint Research ranks Netflix as last among the top-five OTT video streaming services in India, with only a five percent share of the around 100 million strong market in India. The Counterpoint Research further study points out that merely around six percent of the five million people using Netflix actually pay for the service. The rest of them are just taking advantage of the 'free first-month' trials that can be availed by changing card details, according to Counterpoint.

Netflix did not comment on the Counterpoint Research report, however sources in the company did dispute the overall numbers, and the six percent figure in particular, saying that the retention numbers in India are largely in keeping with worldwide trends outside the US.

Content on radar to bolster growth
One area where Netflix can improve when compared to the competition in India is its library of content, and that's something that the company has been investing in already. "In the past year, we have more than doubled our catalogue in India, creating a compelling and growing content library encompassing original and licensed titles," says Jessica Lee, Vice President, Communications - Asia, Netflix.

Six new original productions for 2018 have been announced from Indian studios as well. These include shows such as Sacred Games, Selection Day, Again, Bard of Blood (in association with Red Chillies Entertainment), Mighty Little Bheem (Netflix's first kids original series from India), and Love Per Square Foot (the first mainstream film from India to be available exclusively on Netflix.

Competing platforms such as Amazon Prime Video are putting online content creators into the mainstream with shows like Pushpavalli starring comedians Sumukhi Suresh and Naveen Richard, and the upcoming AIB-backed The Ministry. While Netflix didn't comment on any such series partnerships for 2018, it did hint at possible collaborations with content creators in India. "We ultimately look for talented storytellers with a strong track record who have stories they are passionate about telling - these voices can come from anywhere. We're thrilled that our journey in India has begun in this area and look forward to working with great content creators here to help their work find audiences in India and around the world," Lee says. Notably, Netflix has previously released two Indian-centric stand-up specials starring comedians Vir Das and Aditi Mittal.

Aside from content, the other area that Netflix is focusing on is delivery. Internet access in India is still a challenge even after Reliance Jio's offers that expanded mobile data consumption in the country. Dynamic Optimiser is one of the examples that highlights Netflix's efforts in the area. The feature is designed to aid faster delivery of content on Netflix. "The way we encode our videos will enable viewers to eventually watch up to 25 hours of Netflix on just 2GB of data, and stream quality video at speeds as low as 200Kbps," says Netflix's Lee.

In addition to Dynamic Optimiser, Netflix is offering a download feature that has already been a massive success with Indians. A market survey by Netflix shows that 88 percent of Indian subscribers download content offline on their mobile phones to watch their favourite TV series on the go. Perhaps one of the reasons for this is because unlike much of the rest of the world, mobile usage is very dominant in India with only one-third of the audience watching Netflix on the big screen.

Given the poor connectivity in India, viewers prefer offline playback to avoid buffering. Lee adds that the ability to stream or download their favourite series and films anywhere, on any device, is also influencing how Indians consume entertainment.

The American company continues to work with local partners to make its video streaming platform more accessible. "Over 2017 we launched partnerships with Airtel Digital TV, Videocon, and Vodafone to make it much easier for Indian consumers to watch Netflix, whether on a set-top box or on a mobile," says Lee on the partnerships announced in March last year. The Netflix app is integrated into the set-top boxes of both the Airtel Digital TV and Videocon d2h, which can be connected to the Internet to access the streaming service.

"Netflix' growing popularity in India has contributed to the success of Airtel Internet TV and we look forward to a long-term partnership," an Airtel spokesperson tells Gadgets 360. "Netflix is a powerful ally in our partnership spectrum as it allows us to get content credibility for our audience," adds Sugato Banerji, who heads marketing at Videocon d2h.

How Netflix will grow in India in 2018

Competitors like Prime Video have been 'thinking local' already, and in 2018, you can expect Netflix to show signs that it's catching up. The upcoming political thriller series based on the book Bard of Blood is being developed by Netflix in partnership with Shah Rukh Khan-owned Red Chillies Entertainment. More than the production, Netflix will also benefit from the marketing/ branding that will have the Bollywood superstar's presence written all over it. All this is likely to be expanded by adding more Indian stars and local production talent in the coming future. That's just one of a long list of upcoming titles mentioned earlier, so on the content front, Netflix has a clear plan in place.

In addition to looking for Indian storytellers, Netflix lately made an effort to acquire local customers in the country by partnering with WhatsApp, India's most popular instant messaging app. The video streaming platform is currently working as WhatsApp's business test partner in the country to allowing the former to send suggestions to users on what to watch. It's going to be a mixture of partnerships, content from India, and localised innovations that will help Netflix drive numbers in 2018 and beyond.