Netflix February 2021 Releases: To All the Boys 3, The Girl on the Train, and More 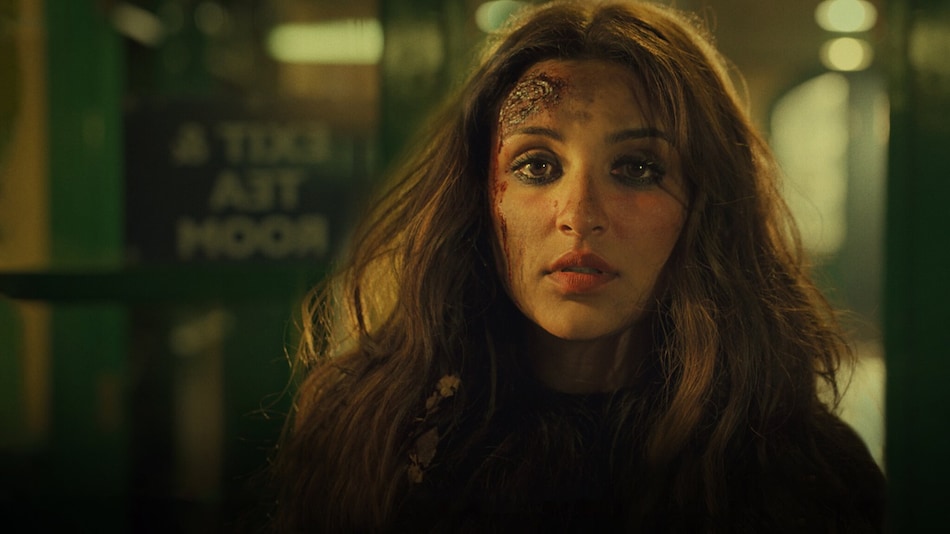 Parineeti Chopra in The Girl on the Train

Netflix has announced three Indian originals for February 2021. The Girl on the Train — the Bollywood adaptation of the British novel (that has previously also been adapted by Hollywood) starring Parineeti Chopra, Aditi Rao Hydari, and Kirti Kulhari, from the Bard of Blood director — arrives February 26. A week earlier on February 19 Netflix will unveil its first title from Tollywood — that's Telugu cinema — in Pitta Kathalu, an anthology about the “darker, deceptive sides of love” from directors Tharun Bhascker, Nandini Reddy, Nag Ashwin, and Sankalp Reddy. And on Valentine's Day, we'll be treated to a look at the multibillion-dollar Indian wedding industry in The Big Day, which seems to continue the path laid down by Indian Matchmaking last year.

From The Family Man to Pitta Kathalu, What to Stream in February

Internationally, the To All the Boys rom-com trilogy (led by Lana Condor and Noah Centineo) comes to an end on February 12 with To All the Boys: Always and Forever. Zendaya and John David Washington (Tenet) also play a couple in Malcolm & Marie — out February 5 — which comes from the director of HBO's Euphoria. In News of the World, from director Paul Greengrass (Captain Phillips), Tom Hanks plays an American Civil War vet who protects an orphaned girl as he journeys across Texas. News of the World drops February 10 on Netflix in India. Rosamund Pike is swindling the elderly in I Care a Lot, before she butts heads with Peter Dinklage's mob boss. I Care a Lot is available February 19.

Lastly, Bear Grylls delivers another wild interactive adventure on February 16 with Animals on the Loose: A You vs. Wild Movie, in which you choose how Grylls escapes from and protects animals who've escaped from a sanctuary.

Outside of Netflix originals, February will also bring Eeb Allay Ooo!, Prateek Vats' brilliant social satire about monkeys terrorising New Delhi and one man's fruitless attempts to keep them at bay. Yes, it's full of metaphors. Eeb Allay Ooo! hops onto Netflix February 18 in India. The Jumanji sequel Jumanji: Welcome to the Jungle, led by Dwayne Johnson, arrives February 13 on Netflix India. And Jurassic World, the high-grossing soft reboot and a pale imitation of Jurassic Park, crashes into Netflix in India on February 16.

With that, here's the full list of movies and TV shows coming to Netflix India in February 2021. We've marked Netflix Original titles in bold for your convenience.

February 10
Crime Scene: The Vanishing at the Cecil Hotel: Season 1
The Misadventures of Hedi and Cokeman
News of the World

February 12
Buried by the Bernards: Season 1
Nadiya Bakes: Season 1
Hate by Dani Rovira
To All the Boys: Always and Forever
Xico's Journey

February 13
Jumanji: Welcome to the Jungle

February 15
Anacondas: The Hunt for the Blood Orchid
Booba: Season 4
The Crew: Season 1

February 16
Animals on the Loose: A You vs. Wild Movie
As Above, So Below
The Debt
Jurassic World
Seventh Son

Further reading: Netflix, Netflix India, The Girl on the Train, Pitta Kathalu, The Big Day, You vs Wild, Jumanji Welcome to the Jungle, Jurassic World, Tribes of Europa, New on Netflix