Netflix Could Be Facing Its Own Disruption 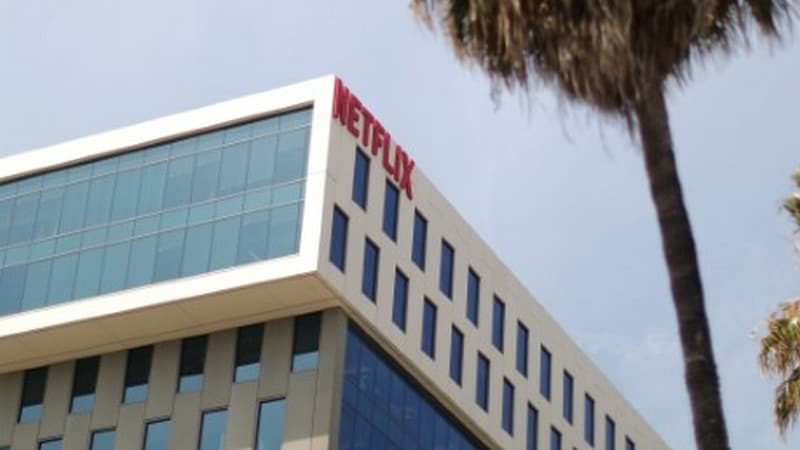 In 2011, Netflix executives began casting for a new show called House of Cards, gambling that high-end original television could be produced and distributed entirely outside traditional Hollywood.

Seven years later, that bet has turned into one of the great success stories in the history of entertainment. Netflix last week had more Emmy nominations than any other entity - 112 - from 40 different series. What back then had been a customer base of 20 million subscribers, mainly in the US, is now more than 120 million subscribers around the world. The company plans to spend more than $8 billion on content this year alone.

Yet Netflix's future is quietly more uncertain than it has been in a long time.

On Monday the company reported that in the previous three months it added just five million global subscribers instead of the six million that forecasters expected. The news immediately prompted an afterhours selloff, causing the stock's share price to drop more than 13 percent.

A shortfall of one million subscribers might seem minuscule to casual observers. But it touched on a number of latent concerns. With digital rivals like Apple jumping in to entertainment and entertainment foes like Disney pouncing on digital, Netflix's fast-growing, big-spending ways suddenly don't seem so ironclad. Investors wonder whether a maverick giant is about to be disrupted itself.

"The reality is that if any traditional network would massively increase spending they would see a huge jump in their viewership too," said Brian Wieser, a media-and-entertainment analyst at New York-based Pivotal, referring to Netflix. "Just because you're spending a lot doesn't mean you have a good business."

To be sure, Netflix at the moment remains the blue-chip giant of subscription streaming. The company generated $3.91 billion (roughly Rs. 26,800 crores) in revenue this quarter, and a profit of $291 million (roughly Rs. 2,000 crores) last quarter. The Emmy-nomination crown-the company took it from HBO, which held it for the previous 18 years--represented key symbolic victory.

And a ramp-up in originals series in places like India and South America should keep subscriber growth brisk abroad even as it slows down in the US.

Added Ted Sarandos, the company's chief content officer: "We've always been focused on keeping people entertained and satisfied on an absolute basis not relative to any competition. By keeping an eye on our members and our consumers, we're better served than hyperfocusing on competition."

Yet that won't stop others from having that focus.

Disney will launch a service in 2019 meant to sell content directly to consumers. The company is close to completing its acquisition of 21st Century Fox that would give Disney access to units, like FX and film division Fox Searchlight (The Shape of Water) that are tailor-made for the high-end world of streaming, in which prestige and engagement matter.

As part of the deal, Disney also would take over majority control of the streaming service Hulu, fresh off that company's emerging hit The Handmiads Tale, and strengthen its position against Netflix that way.

Meanwhile AT&T has been granted legal permission, pending appeal, to buy Time Warner, and in turn the chance to pour money into HBO to make the network an even stronger Netflix competitor. The AT&T-appointed chief of the newly rebranded Warner Media, John Stankey, recently told HBO employees that he'd like more "engagement." According to one executive at the meeting who spoke on condition of anonymity because they were not authorised to talk publicly about it publicly, that was interpreted in the room as a volume business that competes more with Netflix and its 40 Emmy-nominated series, with investment given accordingly.

That number will likely not be $8 billion, said a person close to the situation who was not authorised to talk about it publicly, but certainly more than the $1 billion the company is estimated to spend now.

And Apple has announced itself in a major way, in recent months signing up content creators including Oprah Winfrey and Steven Spielberg, whose shows it could distribute via an existing subscription platform such as Apple Music or a new service.

"The market for entertainment is so big that there can be multiple firms that are successful," the company's vice president of investor relations, Spencer Wang, told analysts on the call.

Perhaps reflecting that belief, the stock rebounded somewhat Tuesday, recovering eight of those afterhours 13 percentage points. It continues to drive toward 200 million global subscribers in the coming years.

Still, observers point out that Netflix is in a unique position: it doesn't have another business if the subscription-content model falls off (or fall out of favour with Wall Street). That's different from unlike Disney, Apple and Warner Media, which all have chips on many hands.

A Netflix spokesman declined separate comment for this story.

Even analysts with a more bullish view on Netflix are taking a restrained approach toward the company. Though he believes Netflix has "taken a number of steps to forestall changes" and says the company has a bright future, Tuna Amobi, a senior equity analyst at CFRA Research, does worry about what he calls Netflix's "entrenched incumbent status."

"It's definitely something we're keeping an eye on in terms of the changing landscape-about 2-3 years from now the landscape is going to be more intense," Amobi told The Post. "We're already seeing that."

One of the most potent illustrations that's happening comes from a new study by cg42, a New York-based strategy and consulting firm. The company surveyed more than 3,000 TV viewers and found that cord-cutters pay for an average of 2.5 streaming video services, while so-called cord-nevers (who have never subscribed to cable or satellite), pay for an average of 1.5 services.

That suggested Netflix was well-positioned to keep charging customers since, among those surveyed, 93 percent of respondents said they'd used Netflix in the last three months of 2016.

"It doesn't mean Netflix has a problem as it relates to its business right now," Stephen Beck, cg42's founder, told The Washington Post as he discussed the study. "It does mean the competitive environment is rapidly becoming more expansive." If people only pay for a few services but there are twice as many of those services on offer, he said, Netflix could have to work that much harder to attract and retain subscribers.

That has been why observers say, the company has been opening up its vaults for high-end creators. In the spring it agreed to a deal with prolific producer Ryan Murphy ("Glee," Pose") that would pay Murphy as much as $300 million to bring his shows over from Fox. Shonda Rhimes, the ABC mega-producer behind shows like "Scandal" and "Grey's Anatomy," was paid as much as $100 million to join Netflix and has just moved her offices to the company's Los Angeles headquarters. The company this spring also paid Barack and Michelle Obama an undisclosed sum to produce a series of shows and movies.

But simply paying a lot of money may not be a sound strategy. It's the spaghetti theory," said Pivotal's Weiser. "Just spend money to see if something sticks." Netflix is already aware of this; executives talked Monday about the delicate balance of "operating margins" -essentially, spending enough on content and marketing to lure subscribers while also not overpaying for them.

Netflix must also contend with its library of outside content shrinking. Disney and other giants are pulling shows and movies off Netflix as deals expire, hoping to monetise them in their own services. Netflix has known this day is coming -"our bet is that long term they'll want all their content on their services," Sarandos said Monday -- but that still might make it hard to swallow. Consumers not so long ago, analysts say, were used to streaming shows primarily on Netflix, which had a deep well of licensed titles because companies would rather license them out, as well as the occasional hit of its own.

Now it has a deeper reservoir of its own titles - and a lot of parallel services offering their own content.

"The world is becoming more fragmented," said one Hollywood marketing executive who requested anonymity because his company both competes and does business with Netflix. "Netflix once benefited from that. Now it could be harmed by it. "