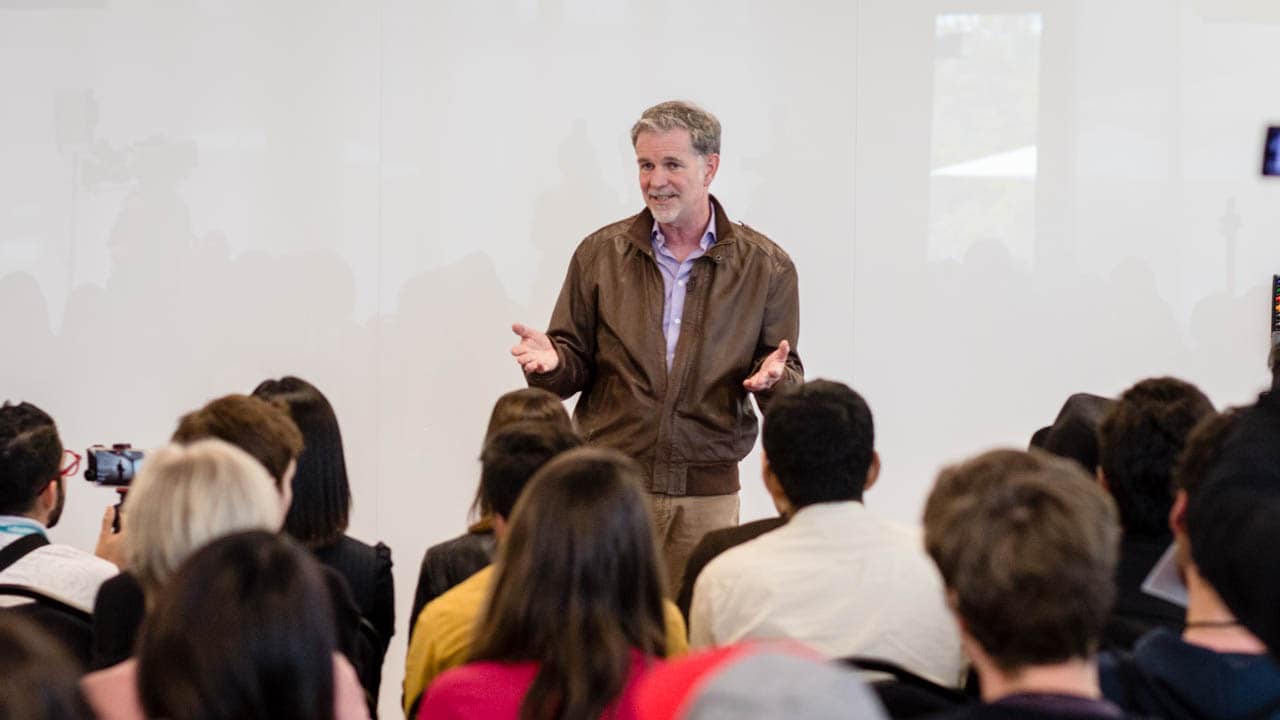 There’s a massive price difference between Netflix and Amazon Prime Video in India, but Netflix CEO Reed Hastings isn’t too worried about that. “In India, there’s close to 30 million iPhone owners, because it’s such a big country,” he said. “So, there’s a very large market, [which] has the ability and the interest in the content that we have. And that’s really the segment we are going after.”

Hastings was speaking to a group of reporters gathered at Netflix’s headquarters in Los Gatos last week, and a week before that during a visit to India, he told reporters that he thinks people will choose to have multiple competing options – from Netflix, Amazon, and Hotstar – just as most do in the US. And given the current size and projected growth, he knows that India holds enormous market potential for Netflix, and feels its progress here will be a lot like in Brazil – slow in the beginning as it learns the market, and then a “significant success”.

Back in familiar territory to coincide with the launch of Marvel's Iron First, Hastings talked about how the television landscape has changed within the last decade, thanks to the Internet. “In the old days, if you wanted to start a network, that entailed hundreds and thousands of dollars in government licenses,” he said. “And now, you develop an app, and you’re a TV network.”

What hasn’t changed a lot during the Internet-era, according to Hastings, is how much of the Netflix UI is reminiscent of a listing – you click on something, and you get the detail page. “We’ve got to do more, the way Airbnb, Snapchat, and Facebook video work,” he said. “To continue to push the edge in mobile video, and what we can do there.”

Hastings said that Netflix wants to be a marriage of great technology and great content, which explains its heavy investment in film production, with the likes of Bright starring Will Smith, and Martin Scorsese’s next project The Irishman.

“How has distribution in the movie business innovated in the last 30 years? Well, the popcorn tastes better, but that’s about it,” Hastings said, as a jab. “What Netflix wants to do, is unleash film.”

“If we can de-couple ourselves from the theatre-gets-the-first-six-months, then we can open up all kinds of new distribution strategies, which then grows the ecosystem, and we get more films made,” he added. “So, we’re not anti-theatre, we just want things to come out at the same time.”

While it’s been able to revolutionise the TV model, Netflix is facing backlash from cinema chains in the US when it comes to movies, who are unwilling to work with day-to-day releases. To qualify for the Oscars – which attracts Hollywood talent to the streaming service – Netflix struck a deal with a small-time chain, in iPic Entertainment, last year.

The problem doesn’t extend to some international releases, though. Bong Joon-ho’s upcoming sci-fi film Okja will release in South Korea, and on Netflix, simultaneously in June.

Its biggest on-demand competitor in the movie business, Amazon, has stuck to the conventional method – giving films a theatrical window, before they arrive for subscribers. Oscar-winning Manchester by the Sea, follows that example.

Hastings also provided his thoughts on the zero-rating plans being pursued by the likes of T-Mobile in the US. “We don’t see it as a conflict, because T-Mobile is making it open to all video providers They are not choosing one over the other,” he said. “The key thing is, it’s neutral – that any video provider can sign up, there’s no fees.”

The only caveat is that T-Mobile requires Netflix to stream at a lower bitrate, about 1 megabit, to save on network bandwidth. That in turn allows T-Mobile to provide unlimited data to customers. Hastings’ comments connected directly into his remarks at MWC in Barcelona last month. Netflix is working to bring the number down further.

Lastly, as part of the Q&A session at Los Gatos, when asked once again why Netflix doesn’t release ratings for its shows, Hastings joked that withholding statistics gives them “mystery and intrigue”, and added: “There’s so much discussion about every show. How did it do? And so, it benefits us, because there’s such a fascination about it.”

He pointed to the lack of advertising, which is generally the reason networks make ratings public. “We haven’t released ratings in 10 years,” he said, “and it hasn’t held us back.”

Disclosure: Netflix sponsored the correspondent's flights and hotels for the event in Los Gatos.