With over 100 million members around the world, Netflix is by far the biggest on-demand video streaming service there is. It has created a platform that offers a lot of options, and makes them simple to consume.

But there's a lot more you can do with your Netflix subscription, including additional tools to enrich your experience or create a faux-social experience. For those who do most of their Netflix viewing on a computer, here are the best Google Chrome extensions:

1. Super Netflix
The most popular Netflix extension for Chrome, Super Netflix puts power-user tools in the hands of everyone, in addition to other features that you've probably wanted at some point but had no way to go about them. It lets you change video quality, upload custom subtitles, gives you rewind and forward buttons, and gives you the ability to change Netflix streaming server. 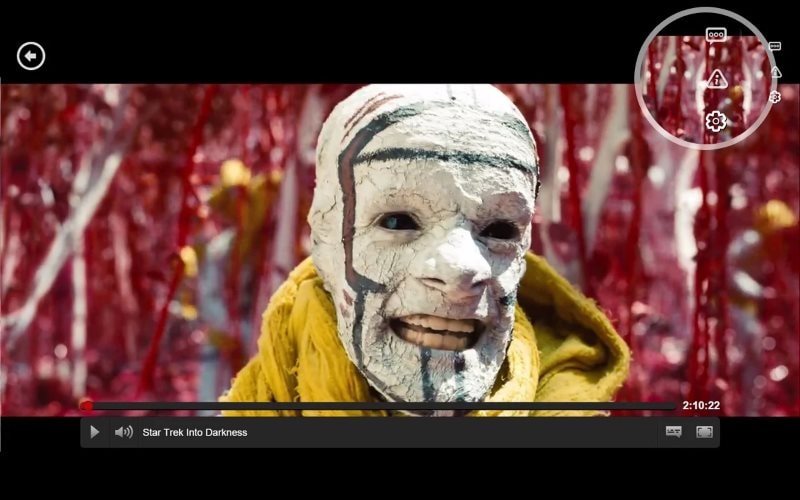 Super Netflix can also blur episode thumbnails and descriptions to prevent spoilers, as well as change the player brightness to five different settings to further augment your display settings. To use it, install it and then start any video in Netflix. You should see the additional icons to the top-right of the player.

2. Netflix Categories
If you've ever gone down the rabbit hole of genre tags attached with Netflix content, you know the service has category names such as "Witty", "Irreverent", "Full of suspense", and "Women Who Rule The Screen", to name a few. Instead of having to manually find them yourself, you can use Netflix Categories, which rounds up all hidden categories and gives you a neat, scrollable list to browse. 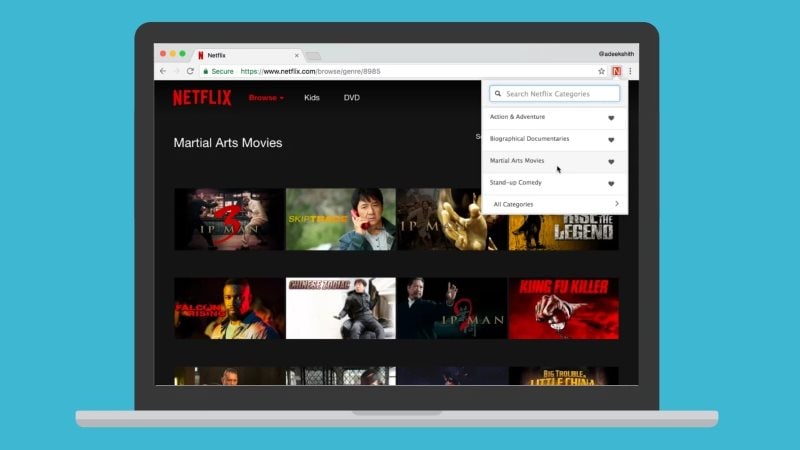 Once you've installed it, locate the Netflix Categories icon next to the URL bar and click on it to view the full list. Since the number of categories goes over 100, you can also favourite the ones you'd like to routinely revisit.

3. Netflix Party
As an on-demand service, Netflix has changed how people view their entertainment, be it on their own or with other people. But if your friends or significant other isn't always around you – especially for those in long-distance relationships – it becomes much harder to watch something together. 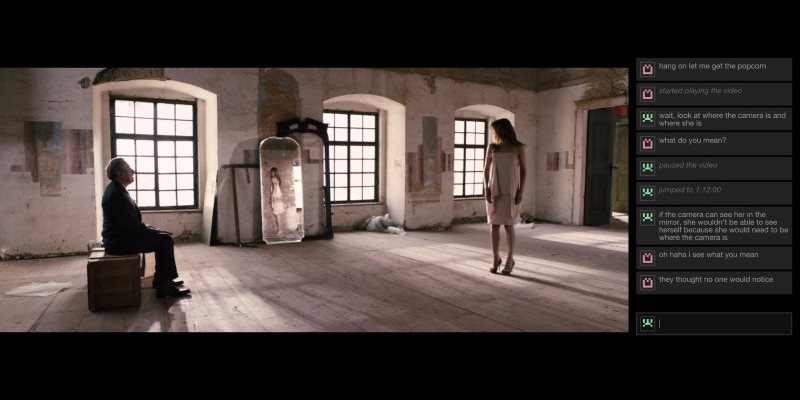 That's where Netflix Party comes in. It's a Chrome extension that lets you watch Netflix together with other people, anywhere in the world. Netflix Party takes care of synchronising playback and even has a group chat feature, so you can talk to your friends while watching a movie. All you've to do is to align your schedules, and make some popcorn, if you like.

4. Flix Assist
Spend too long binge-watching without interruption and Netflix will eventually ask you if you're still there. It's designed to save on data costs in case you dozed off, or forgot the TV was on and left the house. But if you're huddled under a blanket, it can be too much hassle to get yourself to move and press a key.

Fix Assist is designed for those times. It gets rid of the 'still there' prompts whenever they pop up, and it also removes the next episode countdown, minimising the gap between episodes and letting you binge without breaks.

5. Traktflix
Most TV buffs we know – including us – rely on multiple services to get their fix, spreading their viewing across streaming services and offline players. For example, you'd probably seen a few seasons of Mad Men / Sherlock before Netflix brought them to its service. And though Netflix itself keeps track of what you've seen (so you know where to pick up), the service's licenses for third-party content tend to run out. In such situations, it's handy to have that info centralised elsewhere. Trakt.tv is a great tool to keep track of your progress in a particular show, and it also gives you data on how many hours you've spent in front of a screen. Traktflix automates that process for Chrome Netflix viewers, updating your watchlist every time you finish a new episode.

Add Traktflix to your Chrome browser.

Do you have any favourite Netflix extensions of your own? Leave them via the comments below.

Further reading: Netflix, Google Chrome
Akhil Arora Email Akhil Akhil Arora covers entertainment for Gadgets 360, interviewing stars such as Christian Bale and Anurag Kashyap, covering series premieres, product and service launches across the globe, and looking at American blockbusters and Indian dramas from a global socio-political and feminist perspective. As a Rotten Tomatoes-certified film critic, Akhil has reviewed over 150 movies and TV shows in over half a decade at Gadgets 360. When he is not completely caught up with new film and TV releases, Akhil ...More
Nubia N2 With 5000mAh Battery Launched in India: Price, Release Date, Specifications, and More
Your Favourite Indian Apps and Sites May Soon Let You Buy Now and Pay Later