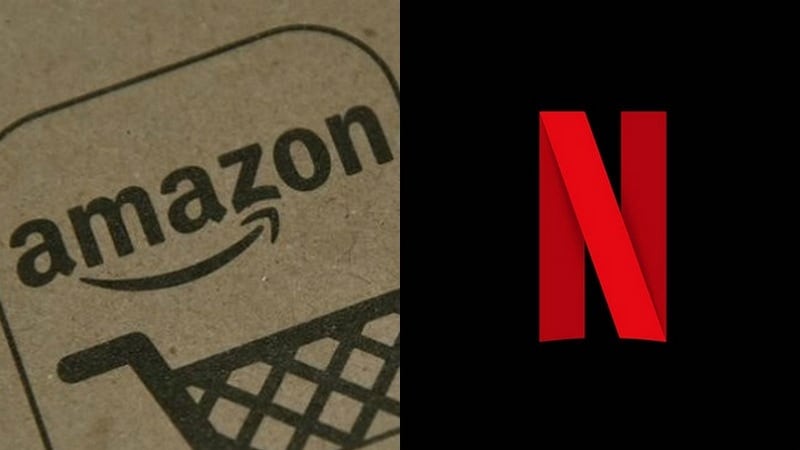 Netflix, Amazon.com and technology companies poised to benefit from US corporate tax cuts are attracting fresh attention on Wall Street after their shares shrugged off recent market turbulence.

Investors, left nervous after major indexes slumped into correction territory at the start of the month but still confident about the health of the US economy, are doubling down on already popular companies expected to post above-average earnings growth. Many of those are businesses poised to benefit from consumers and companies with more money to spend and invest as a result of US tax cuts enacted this year.

Among such stocks, Amazon has climbed 2.7 percent since the end of January and Netflix has increased 4.9 percent, both outperforming the S&P 500's 3.3 percent decline.

"Investors are willing to pay a premium for go-go tech stocks that can deliver returns in any environment," said Jack Ablin, chief investment officer at Cresset Wealth Advisors in Chicago. "People are going to stay home and eat popcorn and watch movies on Netflix no matter what."

That compares with expectations for S&P 500 aggregate earnings to expand by an unusually strong 19.1 percent in 2018, helped by tax cuts and a stronger economy, according to Thomson Reuters.

In terms of their earnings valuations, Amazon and Netflix appear exceptionally expensive compared with most stocks. Amazon recently traded at 155 times earnings expected over the next 12 months, while Netflix traded at 94 times expected earnings, according to Thomson Reuters data.

As the dust settles from the sell-off earlier this month, investors also remain optimistic about the technology sector. After leading last year's stock market rally, the S&P 500 information technology index in 2018 is in a neck-and-neck lead with consumer discretionary, both about 4.9 percent higher year to date. Amazon is the most heavily weighted stock in the consumer discretionary index and accounted for much of its gain.

Following earnings growth of 20.5 percent for 2017, the S&P information technology sector is expected by analysts to expand its earnings by another 17.1 percent this year.

While analysts have increased their earnings estimates for hundreds of companies to account for new tax cuts, investors still lack a clear picture of how companies will spend their windfalls. Some companies may reinvest it, including spending on technology like cloud computing and cybersecurity.

"Right now, they are the most favoured pick in tech, whether it's Salesforce or Workday or IT security names like Proofpoint or New Relic," Kulina said. "People think that no matter what happens, these companies are still going to benefit from more companies spending from the tax cuts."

"We can't imagine having to change our CRM system. They have built a business that is so sticky that once you are on Salesforce, you're almost not going to ever change," Lip said.