With the release of Mission Impossible – Fallout in July, its lead star Tom Cruise entered the third decade of playing the role of Impossible Mission Force agent Ethan Hunt, best known for his daredevilry and dedication to complete the task at hand, even if his superiors are averse to it or actively working to stop him. What started as a feature-length adaptation of the late 1960s TV series, updated from its Cold War-era origins for a different time, has blossomed into the last of the organic franchises, working its way through several directors while Cruise stayed the constant.

That changed with Fallout, with Christopher McQuarrie returning to the franchise as writer-director, and in the process crafting the first direct sequel in the series and the best action film of 2018 yet. But how does it stack up alongside the others? To answer that question, we decided to rank all six Mission: Impossible movies from worst to best.

John Woo's laser-focused approach to his notable talents – stylistic action sequences, of which this first sequel had many, including an over-the-top, ludicrous climactic battle between the hero and villain – reportedly resulted in clashes on set with Cruise and extended production, with the final cut being a studio-mandated sanitised version of Woo's penchant for bloody spills, so as to not push the series into unwanted R-rated territory.

Some of that was likely down to Woo being regarded as a legend, and his not having to prove anything to anyone didn't help matters. In combination with the film's other failures – a superfluous story riffing heavily on Alfred Hitchock's Notorious to the extent of stealing scenes, and a pervasive misogyny in both plot and dialogue – made it a near-mindless film, and a great example of the term "popcorn film" being used in a scathing fashion. 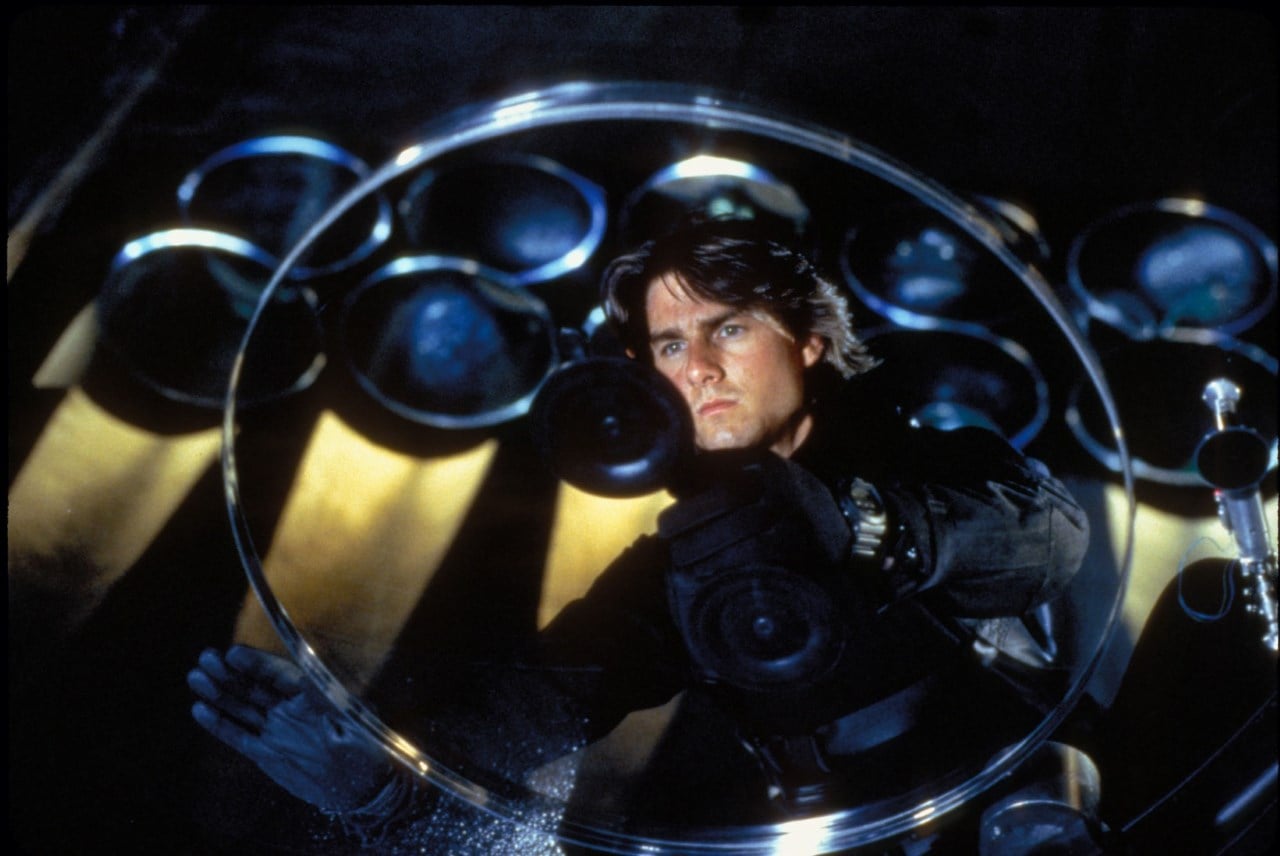 J.J. Abrams got the job after Cruise binge-watched his TV series Alias, and the writer-director brought his mystery-box ideas – famously used on Lost, whose development led to the six-year gap, the longest wait between Mission: Impossible chapters – to the franchise, setting Hunt and his team on a chase for a MacGuffin from Vatican City to Shanghai. That excuse gave us a few ridiculous stunts including Cruise swinging between two high-rise towers, and somehow surviving multiple drone strikes.

In between all this was Philip Seymour Hoffman's purely-evil vindictive menace, handed leverage by Abrams' biggest change: The film expanded on Hunt's personal life, giving the globe-trotting character a romantic interest and in turn, both humanise him and give him something to fear. It would be the only instalment to do so, with the rejection of the grittier, humane touch from audiences – M:i:III grossed the least at the worldwide box office – putting the franchise on a different path. 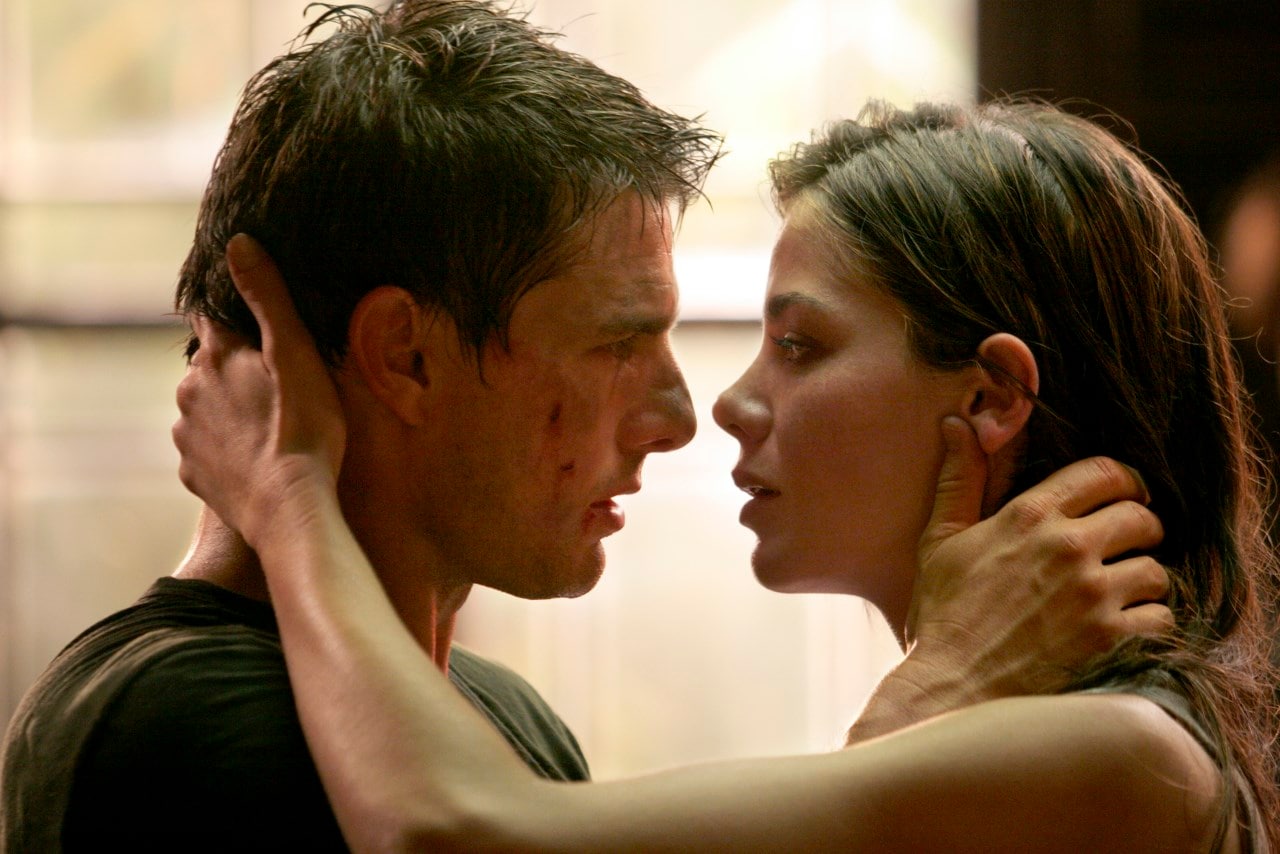 Cruise and Abrams handpicked The Incredibles director Brad Bird to make his live-action directorial debut on Ghost Protocol, who responded with successfully transferring his kinetic style of filmmaking, mining humour out of IMF's high-tech gadgetry failing to work reliably – including the always-important latex mask manufacturing device – and making it more cinematically impressive with the introduction of IMAX photography, popularised a few years prior by Christopher Nolan on The Dark Knight.

The film benefited from some unrealistic yet awe-inspiring set-pieces, most notably Cruise scaling up and then running down the outside of the world's tallest building, Burj Khalifa in Dubai, in addition to an expanded role for Simon Pegg's Benji, going from desk jockey to field operative, bringing his goofiness along for the ride. But its attempts to float Jeremy Renner as an eventual Cruise replacement didn't work, and the silliness of Anil Kapoor's character came off as regressive. 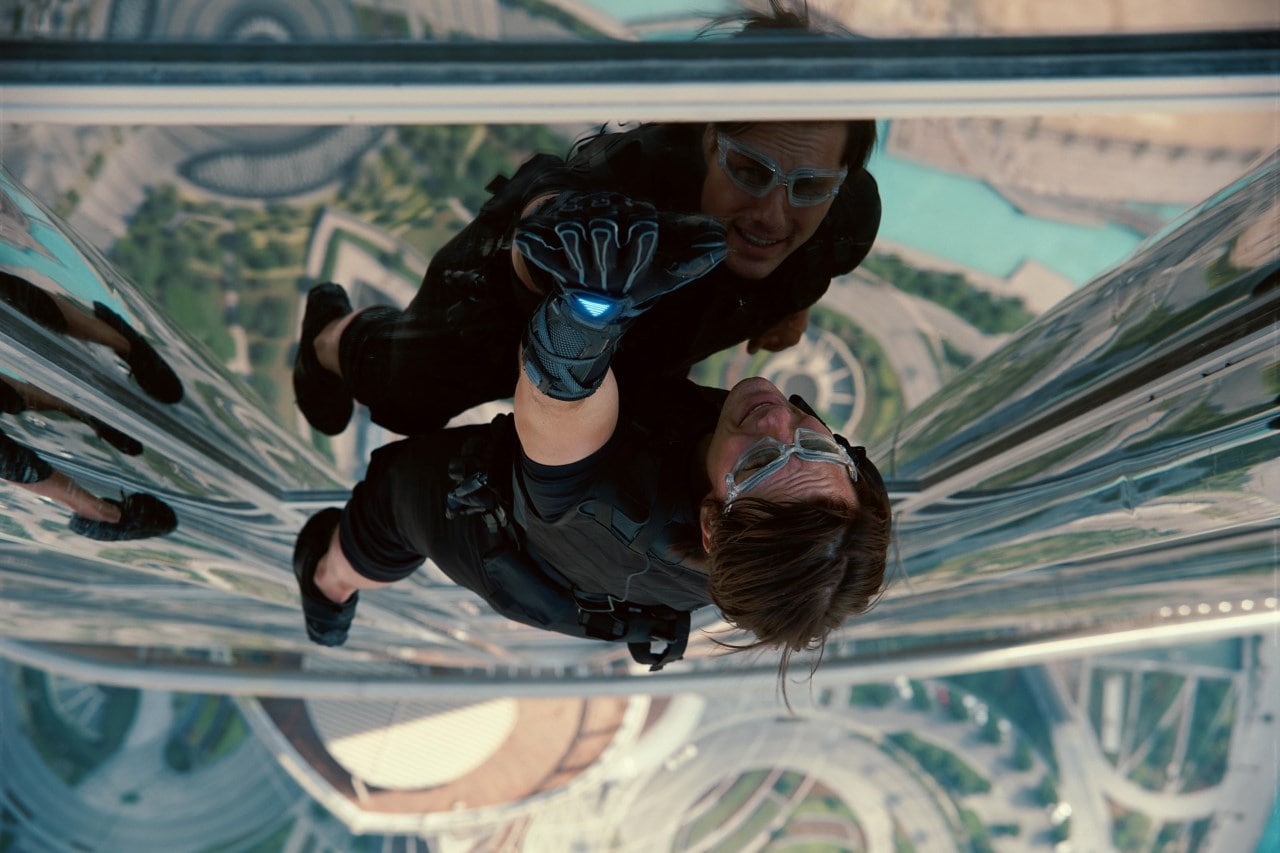 Mission: Impossible didn't start out as a vehicle for Cruise to show off his work ethic, with Brian De Palma – best known for his Hitchcockian thrillers and crime dramas – fighting the actor's wish for the CGI-heavy unrealistic final sequence involving a high-speed train and a helicopter. It's the rest of the film that shows his style, be it the high-contrast nighttime Prague shots, the twist of making a TV series hero a traitor – which irked many fans of the show – and deriving tension from the delicate nature of spy work.

The last of those is what propelled the original's now-iconic central set-piece, with Hunt rappelling down into a high-tech CIA vault and literally hanging from a thread for the duration of his mission. De Palma wasn't trying to launch a franchise (likely why he said no to return as director for the sequel) and he threw all his ideas into the mix, crafting a story that tangled itself up at times but thrilling and effective nonetheless. 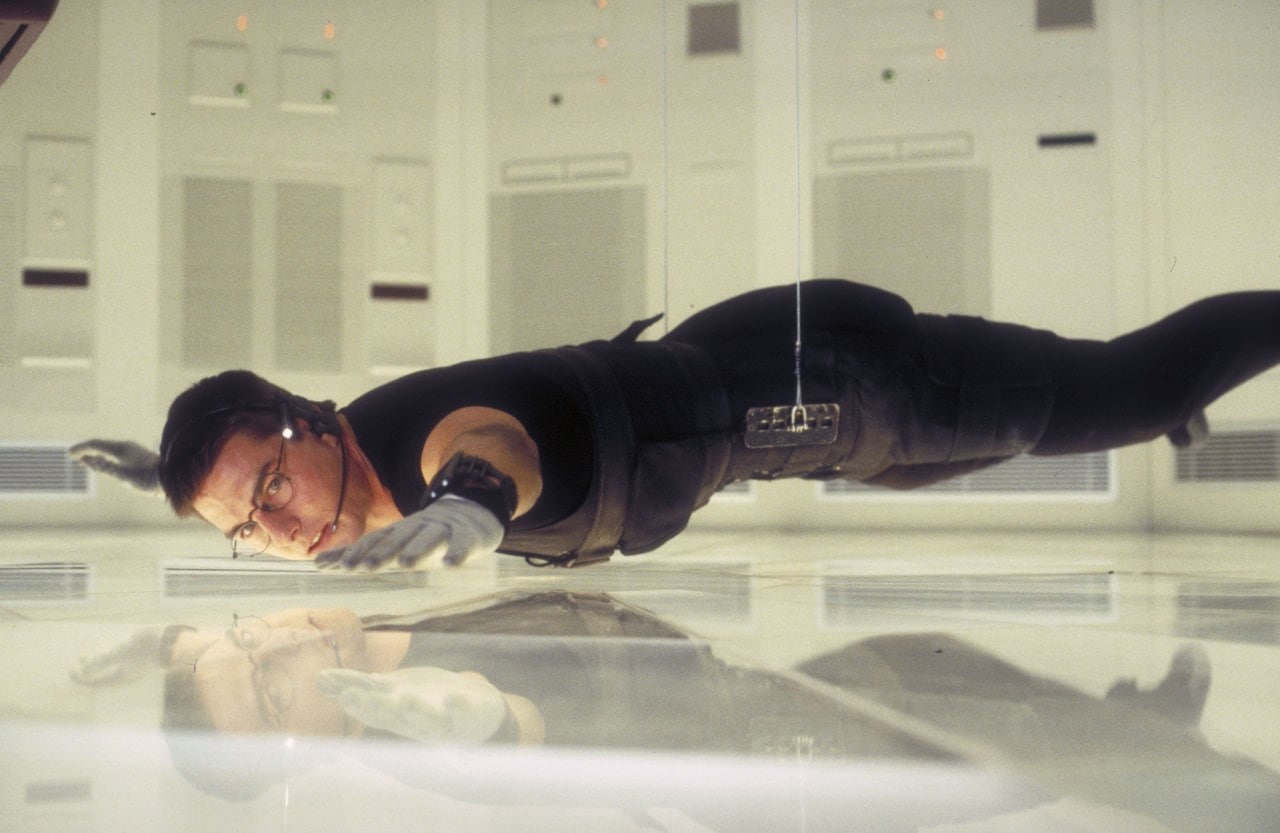 Christopher McQuarrie picked the baton where Bird left it and pushed the series forward into the same direction, while succeeding where Bird failed: Rebecca Ferguson's introduction to Mission: Impossible as a British intelligence officer Ilsa Faust who can more than hold her own against Hunt and brought back romantic tension is easily the best part of the film, neither of which Renner's character did or could accomplish.

At the same time, McQuarrie adopted the best parts of other entries in moulding his first Hunt venture as critics have remarked – a villain akin to Abrams' film, and shifting loyalties from the original – and upped the ante on set-piece ideas with full support from Cruise, giving us the craziness of Hunt holding onto a plane as it takes off or holding his breath underwater for several minutes, filmed exclusively in long takes. 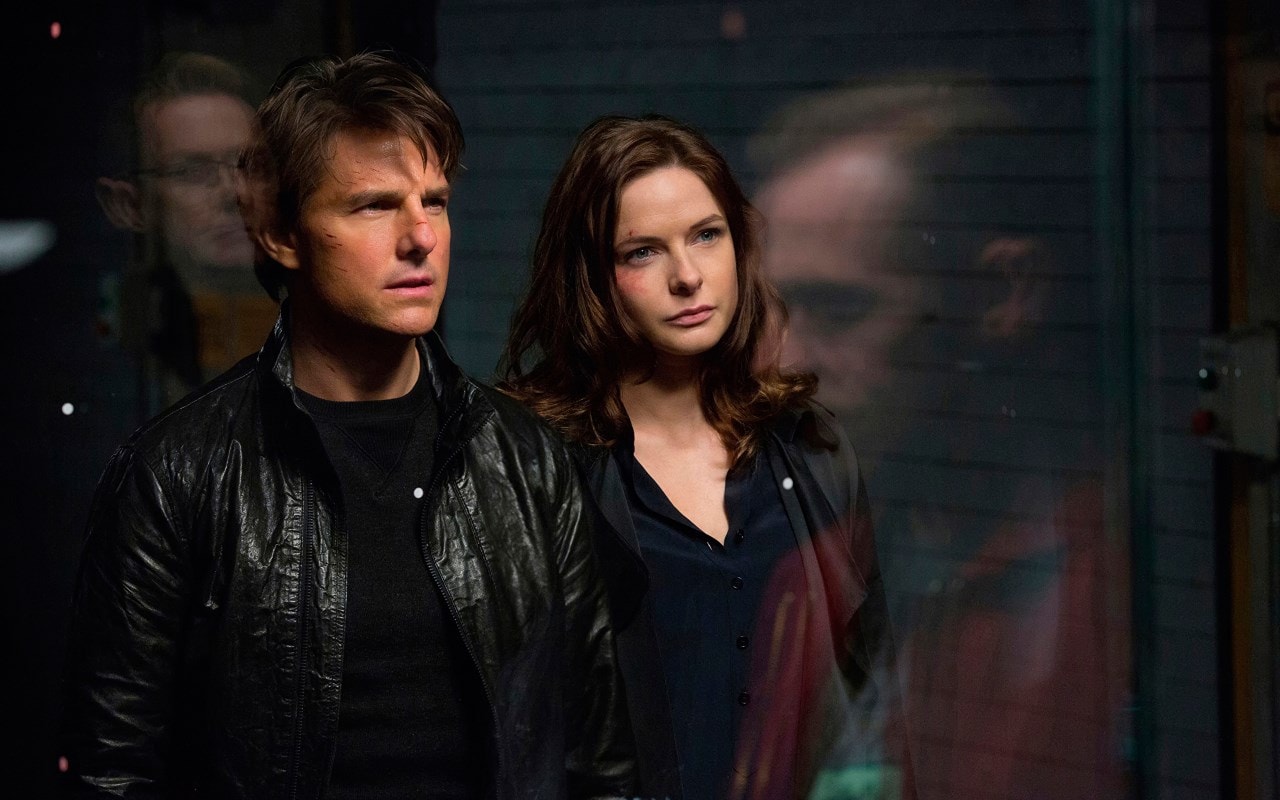 Having delivered a series high-point, McQuarrie tempted fate, trend and time – three years is the shortest time-span between two chapters – to become the first Mission: Impossible director to return and proved that Cruise had found a partner behind the camera as dedicated as him. Though McQuarrie lifted from previous works again, here he built upon them to become homages: Wolf Blitzer's fake-news cameo improving on the franchise's opening scene, and Hunt scaling a vertical cliff towards the end a nod to Woo's sequel.

Fallout also finds ways to incorporate most regular faces, and keeps on delivering exhilarating set-pieces that top what we've seen before in past instalments and the film itself, including a crazy aerial long-take and a dizzying helicopter stunt. It amps up the excitement factor thanks to spectacular staging and a much lower emphasis on the Mission: Impossible theme, keeping the audience's attention solely on the action unfolding in front of them. 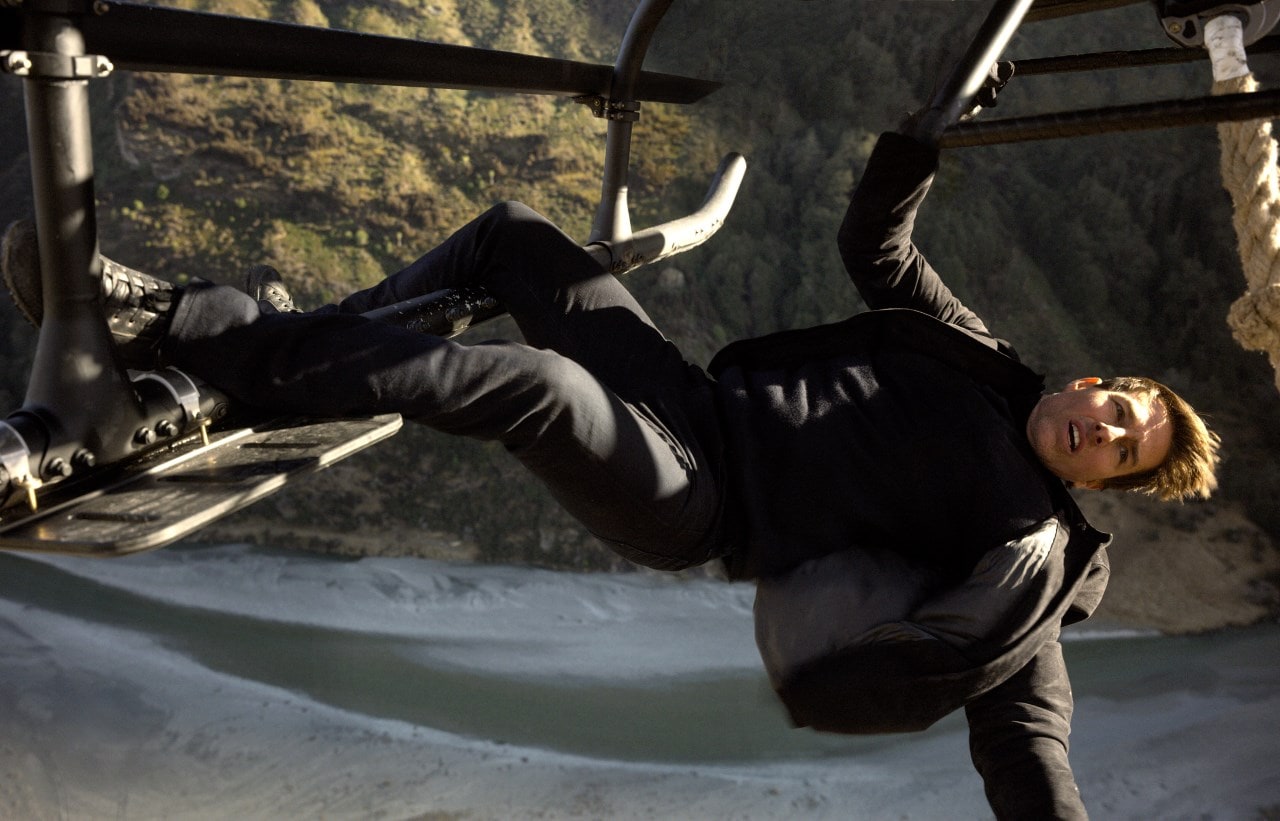