Michelle Wolf, Unbreakable Kimmy Schmidt, Fauda, and More on Netflix This May

Michelle Wolf's routine at the White House Correspondents' Dinner last week has gained her a lot of supporters and detractors in the days since. As expected, the Republicans – including US President Donald Trump – have decried it, for what was essentially a dose of their own medicine. Unexpectedly, the White House Correspondents' Association has backtracked all support for Wolf. Fellow comedians, meanwhile, including Stephen Colbert, Dave Chappelle, and her old boss Seth Meyers have been critical of the WHCA and fully backed Wolf. The comedian herself has insisted she stands by everything she said.

If you're wondering what this has to do with Netflix's lineup for May, Wolf has a new weekly show that she's bringing to the streaming service: The Break with Michelle Wolf. Having honed her talents on The Daily Show and Late Night with Seth Meyers, Wolf is ready to host her own variety series that will tackle the latest topics, joining Samantha Bee as the only women on the US late-night circuit. If you enjoyed her bit at the WHCD, The Break with Michelle Wolf premieres May 27.

That's not the only promising entry in May. There's the return of Unbreakable Kimmy Schmidt for a fourth season on May 30, and the second chapter of Dear White People on May 4, in addition to the next two chapters of David Letterman's monthly talk show, with comedian Tina Fey and radio personality Howard Stern.

Elsewhere, in original TV, May will bring Korean game show Busted! and Netflix's first Danish original The Rain on May 4. The week after, Michael C. Hall stars (Dexter) stars in the drama Safe out on May 10. Later in the month, we'll get Mob Pyscho 100 on May 22, based on the Japanese manga of the same name, followed by the second season of Israeli political thriller Fauda on May 24.

Netflix's strategy of releasing many little-known movies continues in May: there's Italian drama Forgive Us Our Debts, and John Woo-directed Manhunt on May 4; high school rom-com The Kissing Booth on May 11, which is based on Beth Reekles's best-selling book; Australian horror Cargo on May 18, starring Martin Freeman (Sherlock); and a comedy Ibiza with Gillian Jacobs (Community) and Vanessa Bayer (SNL) on May 25, among others.

Those who enjoy documentaries have three Netflix originals to look forward to in May. Oscar-winning duo Rob Epstein and Jeffrey Friedman's End Game, about medical practitioners helping terminally ill patients, releases May 4. There's a true crime doc that comes with its own explanation – Evil Genius: the True Story of America’s Most Diabolical Bank Heist – on May 11, followed by the second season of toymakers discussing their inventions in The Toys That Made Us on May 25.

Netflix's stand-up roster in May boasts several known names, including the likes of John Mulaney, Hari Kondabolu (who's now best-known for The Problem with Apu documentary), Ali Wong, Tig Notaro (One Mississippi), and Steve Martin and Martin Short. If you enjoy talk shows, there's A Little Help with Carol Burnett on May 4, and the third season of Bill Nye Saves the World on May 11. Japanese reality show Terrace House: Opening New Doors gets a part two on May 22.

With that, here are our four picks for May 2018 that you should watch out for, and the full list of movies and TV shows coming to Netflix India after that.

Unbreakable Kimmy Schmidt / May 30
After three successful seasons, the Tina Fey-produced comedy is taking a new approach to its fourth season: six episodes will air in May, and the rest of the season will air later in the year. Kimmy will be working at her former student Zach’s start-up that she joined in the season finale last year, and hopefully the show will treat its Asian characters better this time around. Dear White People / May 4
Justin Simien's deep-cutting satire, which explores racial tensions at a prestigious Ivy League college through the perspective of several African-American students, expanded from its movie origins in fine fashion last year, bringing together sharp witty comedy and complex identity issues. It's why the show's return is an easy highlight in May, as it picks up from that explosive end in the season finale last year.

Fauda / May 24
Written by two Israelis, Lior Raz and Avi Issacharoff, who based the story on their experiences serving in the armed forces, this Israeli political thriller was voted the best international show of 2017 by The New York Times, in addition to winning best drama at the Israeli Oscars, the Ophir Awards, twice in three years. Fauda season 2 will focus more on real world events, while it continues to tell the story of an Israeli agent who comes out of retirement to hunt a Palestinian fighter. 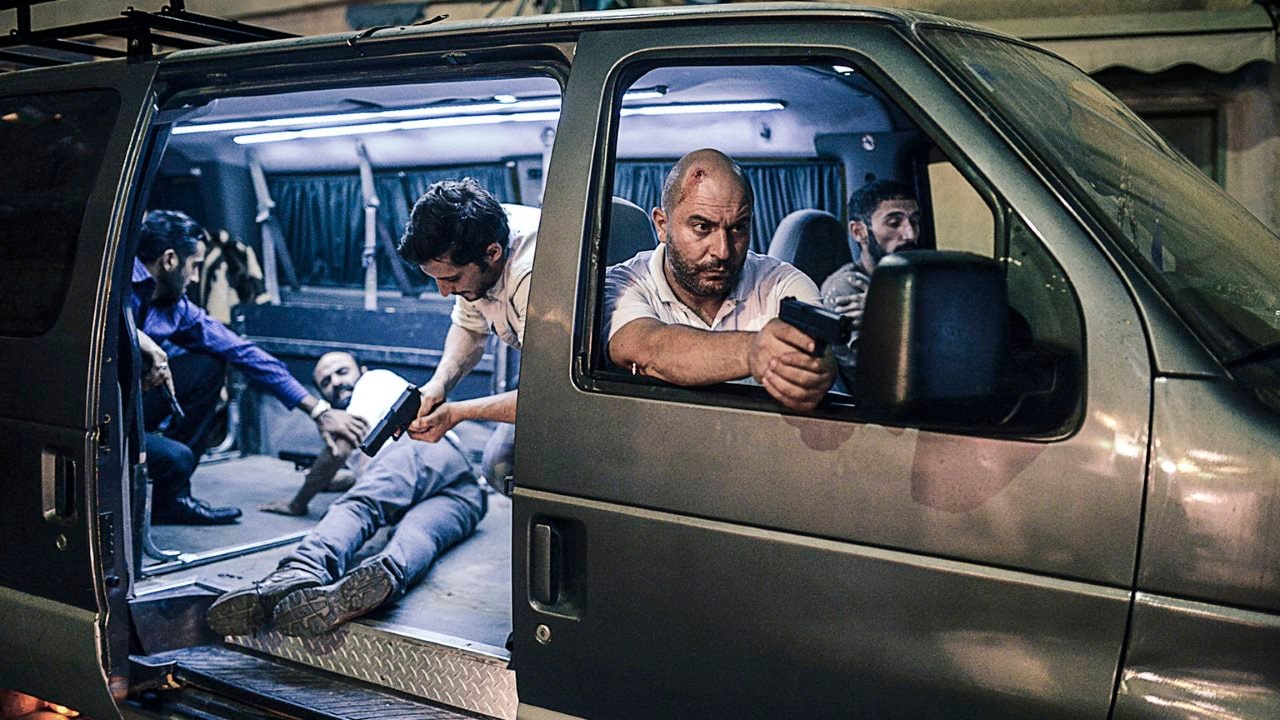 Captain America: Civil War / May 6
With Avengers: Infinity War now in theatres, this is the best time to catch up on the Avengers' previous adventure, which also brought Black Panther (Chadwick Boseman) and a new, young Spider-Man (Tom Holland) into the fold. The film sees the Avengers forming sides after the governments of the world propose superhuman regulation, and a new threat tries to further pit them against each other.

May 2
Jailbreak
The 100: Season 5, weekly
The Huntsman: Winter's War

May 8
Hari Kondabolu: Warn Your Relatives

May 11
10 Cloverfield Lane
Beauty and the Beast
Bill Nye Saves the World: Season 3
Evil Genius: the True Story of America’s Most Diabolical Bank Heist
Spirit Riding Free: Season 5
The Kissing Booth
The Pacifier
The Who Was? Show: Season 1

May 23
Explained, weekly
Gone in 60 Seconds
How do you like Wednesday?: Crazy Fishing in lriomote-jima
National Treasure: Book of Secrets
Prince of Persia: The Sands of Time

May 25
Bad Neighbours 2
Ibiza
Steve Martin and Martin Short: An Evening You Will Forget for the Rest of Your Life
The Toys That Made Us: Season 2
Trollhunters: Part 3

May 31
My Next Guest Needs No Introduction With David Letterman: Howard Stern
Pinocchio
The Princess Diaries
Whiskey Tango Foxtrot

Michelle Wolf, Unbreakable Kimmy Schmidt, Fauda, and More on Netflix This May
Comment