Manisha Koirala, the Nepalese Fighter Who Has Seen It All

On accepting her flaws, her ‘90s movie roles and upcoming Netflix films, and Bollywood’s treatment of women. 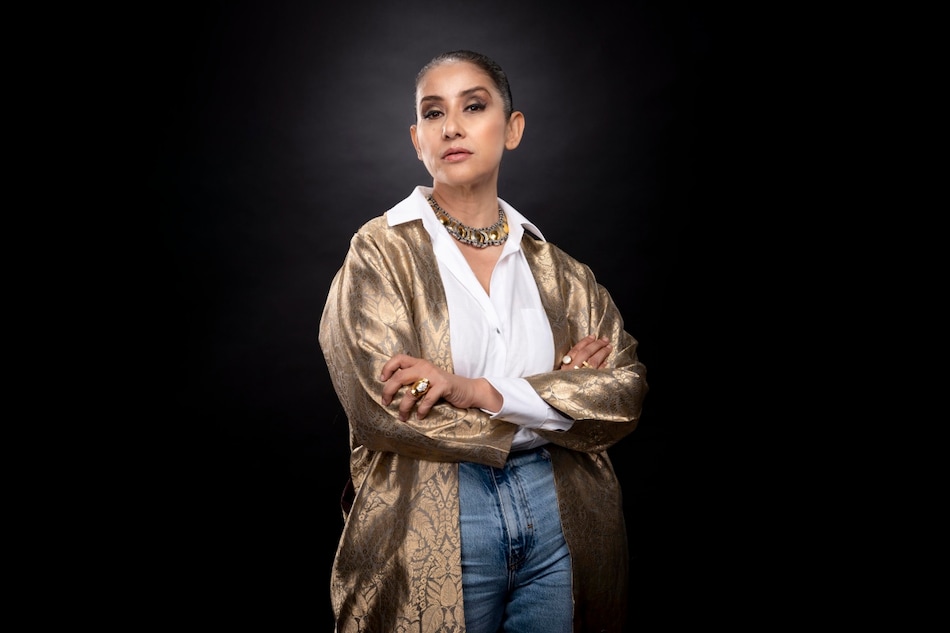 “Well, I honestly feel I've been through a lot,” Manisha Koirala tells Gadgets 360 in Mumbai. “A lot of ups and downs and I think I've seen life in a great [expanse]. Whether it's the highest of highs or down in the dumps. Coming from that kind of experience, I have started to accept my flaws and not be ashamed of anything, if at all there is anything to be ashamed of.”

Koirala is hardly exaggerating. The 49-year-old Nepal-born actress, best known for her challenging roles in ‘90s Bollywood that brought her fame and acclaim, was diagnosed with ovarian cancer in late 2012. Koirala sees her post-cancer life as a new one — she celebrated her “first birthday” in mid-2014, a year on from her full recovery.

Roughly four and a half years later, Koirala put her experiences on paper in “Healed”, a book she co-wrote. In it, as she dove deep into her story — from her treatment in the US to rebuilding her life back home — Koirala confessed to her struggles with alcoholism, a rare admission in the image-concerned world of entertainment.

“I was apprehensive, I have to say,” Koirala adds. “I wasn't bold like, one fine day I just woke up and decided. I went through nights of worries and concerns of how I'll be perceived and whether the circle of ridicule will start again. I just had to take a chance. And I took a chance and, again, to my surprise, people have really accepted that and appreciated it.”

She uses the word “again” because we've been talking about how things have changed during her three-decade-plus career. For the 2018 Netflix anthology film Lust Stories, Koirala was very nervous about wearing a swimsuit, and taking on the role of a woman who doesn't have guilt over sleeping with her husband's best friend. She went with her instinct and believed in the director, Dibakar Banerjee. The reception was surprising to her.

Koirala recalls saying to herself: “'Oh my god this is the new India now, you know, and they're open. They are actually far more accepting to different kind of storytelling and different stuff'.”

And after playing the classic Bollywood star Nargis in the Sanjay Dutt hagiography Sanju — it's now her highest-grossing film — Koirala returns to Netflix this Friday with the coming-of-age movie Maska, in which she plays the Parsi mother of a 19-year-old. Since her return from cancer-induced sabbatical, she's been looking for a variety of roles, Koirala says, where “I can dress up, speak, and act differently.”

“I don't want to repeat what I've done in my last 80–90 movies,” she adds. “As an actor you're doing certain things so often you end up doing the same repertoire. I want to break that mould. I want to try and do different; I want the whole set up to be different. Maska gave me the scope.”

Koirala will follow that up by reteaming with Banerjee — whom she describes as a “very intelligent, bright storyteller” — on Freedom, which is set 25 years into the future and “traces the history of a family that is intricately interwoven with the personal, ideological and sexual history of India.” Out later in 2020, she thinks Freedom will be “really extraordinary”.

It will also continue her desire to push boundaries, as Koirala successfully did for the first half of her career. She played the daughter of a freedom fighter in Vidhu Vinod Chopra's 1942. It was the first film handed a U/A rating, because the two leads shared a “deep kiss”. She played a Muslim schoolgirl in Mani Ratnam's Bombay, set during the 1992–93 riots. She learnt sign language to play the daughter of deaf-mute parents in Sanjay Leela Bhansali's debut, Khamoshi. Both won her awards.

She reunited with Ratnam on Dil Se.., playing a conflicted suicide bomber tied to the insurgency in northeast India. A few years later, Koirala played an abused and mistreated wife in Rajkumar Santoshi's satirical drama Lajja. She then played a gangster's self-loathing girlfriend in Ram Gopal Varma's Company. Her work was praised in all three, with the last of them earning her another award.

“I didn't even realise the roles that I was doing have always been women who are breaking the stereotype,” Koirala admits. “I have been blessed with some really great roles coming into my lap. I have unknowingly attracted that in my life: women who have revolted, stepped up their game, and [defied] the norms. This hasn't been my intention. It just matched my personality, that much I can say.”

Koirala was born in 1970 in Nepal's capital city of Kathmandu, situated at the foothills of the Himalayas in a valley about 1.4 kilometres above the sea level. Her family is hugely relevant in Nepalese politics — four Koiralas have been Prime Ministers. Her grandfather, one of them, started Nepal's first pro-democratic party. He was in office for a year and a half before he was thrown out and put in jail by the king. Koirala grew up listening to those stories, though she admits she couldn't comprehend any of it.

“I was a kid when all those changes were happening in Nepal,” she notes, when asked if that somehow drove to pick films with political backdrops. “And that definitely didn't impact me, because I was very young to understand what was happening.”

“My life in Nepal is so distant from the film industry, so far away from the life in Bombay,” Koirala says later. “The projects I have done is, whether it's Bombay, Dil Se.. or 1942, [it's not the politics. I picked them] because I felt for these characters. I could see the turmoil and I loved Mani sir's vision, or Vinod's [idea that] in the time of trouble, two people fall in love.”

Moreover, Koiriala spent most of her early years nearly six hundred kilometres away by road in India in the holy city of Varanasi — Koirala calls it by its alternate name, Banaras — at her grandmother's home, and later in the capital Delhi, eight hundred kilometres west of Varanasi, where she went to high school. She went back to Kathmandu only during her summer vacations. And in 1989, right out of school, she entered the film industry, making her debut in a Nepalese film.

“My parents weren't too keen honestly speaking,” Koirala adds. “It was my [grandma] who kind of encouraged me because she's very -- she was the head of the family and so nobody could say no to her.

“When I entered the industry, it was known to be an industry with, you know, really bad people. Any good household family would not allow the kids to join the film industry. That has changed. Now it's become a respectable, good job to have.”

But what hasn't changed, according to Koirala, is that Bollywood isn't fair to women: “When I see the mainstream pictures, out of hundred movies, maybe 2 percent have a female lead. It's still a male-dominated industry and this has still not changed. Maybe that'll change, maybe it'll not change, I don't know. I mean that still exists in Hollywood as well.

“In my earlier interview, a young actress actually brought about it very beautifully. She said, ‘Because the whole [thing] depends on economics, whoever is bringing in the money, drives the project.'

That sounds like an ingrained justification to retain power structures. Koirala feels that can “only probably” be broken by taking “baby steps”: “Continuously make great content where you're breaking that stereotype. You cannot jump from one to there, so it must be slowly and consistently. That's it.”

But what has changed on that front, Koirala feels, is that actresses' career span is not as limited. Middle-aged women are now getting meatier roles, and she points to her own recent “really interesting” filmography as proof that “things are slowly but surely changing.”

“Today, women are talking about equality, equal pay, Me Too movement, which earlier on, I don't think anybody would dare to even think about it,” she adds. “We all had battles, we all had struggles in that front, but it was always hushed. It's not that women had to be exploited those days, but we knew how to safeguard ourselves. But that social support, like how today a victim gets, we didn't have that.”

If Koirala had that support — the film industry at large could certainly benefit from being more open and reflective — she might have come out earlier regarding her struggles. In turn, it could have possibly saved her from burning out, as she did near the turn of the century.

“Human beings are imperfect, and we are constantly trying to be better people,” Koirala says. “And opening up to my flaws, actually, […] I realised it felt liberating. It felt good. And if we have to be really honest to each other, we have our great points, but we also have our minus points.

“And if you can trust the other human being as your own person, rather than just having this huge wall of facade, you get accepted, loved — or hated.”