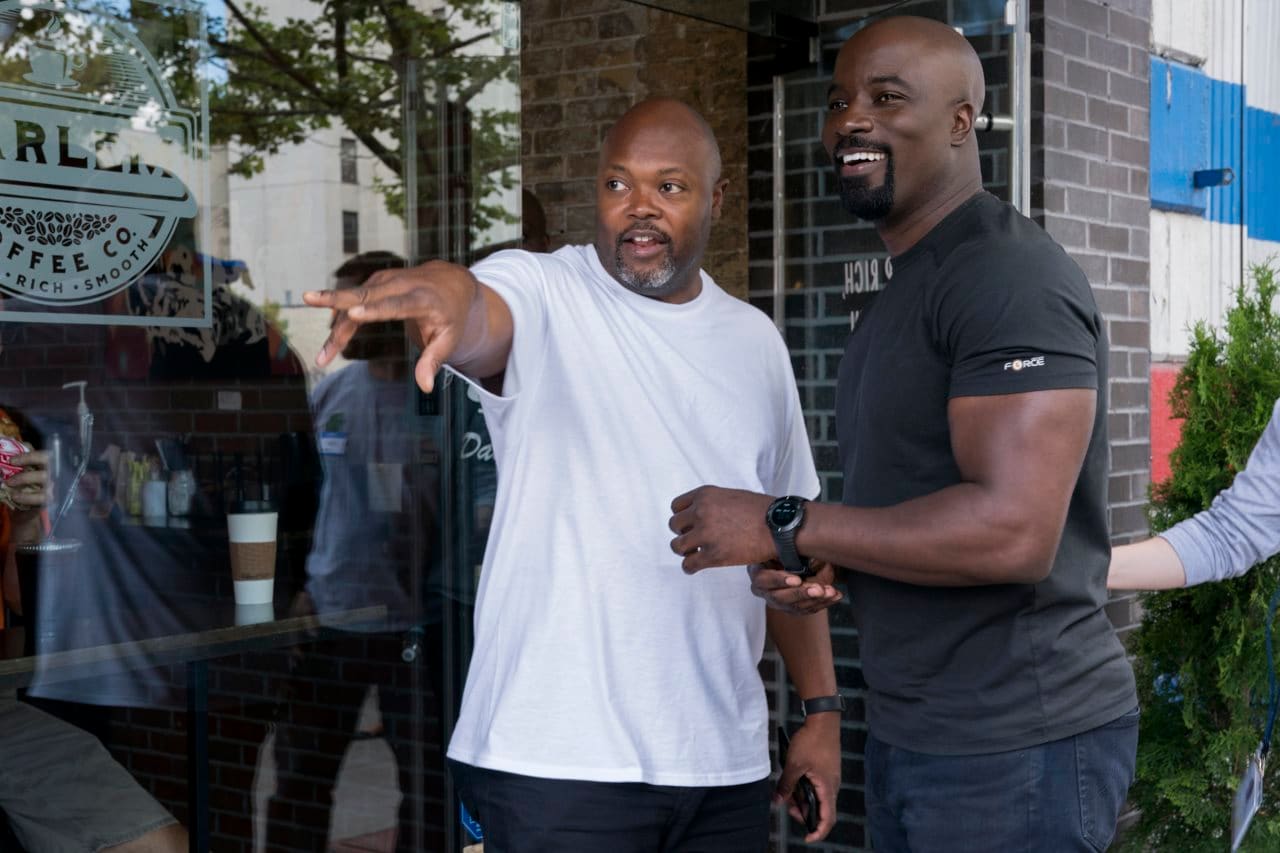 Nearly two years since Luke Cage (Mike Colter) became Marvel's first African-American lead – 21 months to be precise, not counting his stint with The Defenders – the bulletproof black man is set to return to Harlem this Friday, June 22 for a second season on Netflix. In addition to existing threats, Cage has to deal with a new one in John McIver aka Bushmaster (Mustafa Shakir), though he does have some help from detective Misty Knight (Simone Missick), who now sees him as an ally.

"She has a renewed faith in his ability to help her, and help the community," Missick told members of the press in New York during filming last August. "So much of the first season was them really butting heads, rightfully so because we don't know how to deal with these people with these special abilities. Now she recognises he's her ally, he's her friend, [and] he's out to do more good than anyone probably. She's ready to use Luke and his abilities to [...] make a difference in the community."

Cage, for his part, is a lot less hesitant to embrace what comes with that this time around. In the first season, he was a convict on the run, which is why he shied away from the spotlight. Having been exonerated at the start of The Defenders, he's not afraid to be seen and heard anymore. Of course, there are still some internal issues that need to be dealt with.

"There's a lot of self-examination because Cage was in denial for a lot of things in the first season," Colter added, "his abilities, his duties. But when you really step out and people know who you are – he's the hero of Harlem; that's a very vocal community, and they are very emotionally attached – there's a lot of responsibility. Taking on those responsibilities, he has to self-examine himself because it calls into question a lot of things that he thought he already knew.

"He thought he was so certain about certain things, but now it's making him rethink himself," Colter noted. "What I like about it is that we definitely see him falter, and I like that."

Part of that equation is the new variable, Bushmaster, who's come to Harlem with vengeance on his mind for what happened to his family. Shakir described him as "the hero of his own story", and having seen all 13 episodes of Luke Cage season 2, we can concur that's a sound argument to make. Moreover, Bushmaster can more than match Cage physically. And for Shakir, that meant a lot of training.

"I've been training pretty profusely," Shakir added. "They change things up so fast, but it's great. I love being physical, but this role requires me to step it up a little bit more. I've been doing yoga and stuff for the last 2-3 years which helps in the movements, but [season 2] required new stuff from me."

Shakir is personally a big comic book fan – "I was very well versed with all of the Marvel universe," he noted – and though he had already seen the first season of Luke Cage with a critical eye before he got the role, he re-watched it three more times after he was cast as Bushmaster: "I just wanted to soak in the vibe. And I like to research, it just makes me feel better about things."

And because the character has Jamaican origins – Bushmaster and his kin speak English with a heavy accent and a sprinkling of Patois – Shakir said he watched and listened to all kinds of Jamaican stuff, including movies such as 1978's Rockers, interviews with Usain Bolt, and Jamaican gospel music (Nyabinghi, as it's locally known).

For the returning Missick, the big new thing in season 2 is a bionic arm, having lost her gun-wielding right arm in The Defenders. Netflix hadn't revealed it when we were around, though Missick did slyly hint at it when asked what helps her get into character. She also credited the "amazing" scripts as a big part of it, and added: "But now, she's like a voice in my head."

"And there's something about putting on those clothes," Missick said further, noting how she felt right at home stepping into the boots she used in the first season – "I immediately felt grounded in Misty" – and preferred them to the ones offered during a new fitting for season 2.

Missick also teased the possibility of Daughters of the Dragon – the crime-fighting duo consisting of Iron Fist's Colleen Wing (Jessica Henwick) and Misty – saying the two "have so many things in common" that "it's almost like looking in the mirror". Missick drew parallels between Colleen's trust of the Hand and Misty's belief in the police, and the fact both have been let down by the institutions they believed in will definitely make them "identify with one another".

With Henwick guest starring in Luke Cage season 2, and Missick confirmed to do the same in Iron Fist season 2 later this year, there's every chance a spin-off could be on the cards sooner rather than later.