From Little Things to Big Deals: How India's Dice Media Shot for Netflix and Beyond

"Roughly 25 percent of 35 million views [were] coming from outside India and non-diaspora audiences," he adds. "We were getting comments in Spanish, Malay, Filipino. And they all said the same things the Indian ones did. 'This couple is so cute' or 'this feels like my relationship’."

After premiering back in late 2016 on YouTube and Facebook, Little Things is moving to Netflix with its second season, out now. And owing to Netflix's massive reach and support – 130 million subscribers across 190 countries – Little Things season 2 has been dubbed and subtitled in various languages, and marketed in specific regions. It "may see an audience that we didn't initially target [and] may not have been able to, right?,” Suresh adds.

Suresh co-founded Pocket Aces in 2014 with Anirudh Pandita and Aditi Shrivastava, launching short-form content channel FilterCopy – behind videos such as "Every School Romance" and "If Salary Were A Person" – and its sister slightly longer-form network Dice Media. Now, the two Pocket Aces properties have nearly 10 million subscribers across YouTube and Facebook combined, with over 1.5 billion video views in the last two years.

The billion-plus views have built stars out of its cast members and the popularity of shows such as Little Things is what convinced Netflix to sign a multi-year deal with the Indian company. As part of that, Dice Media is working on at least two more shows, Shrivastava tells Gadgets 360, where the US giant will be involved from scratch. A four-show deal is in place with another unnamed platform, while it's also in talks with others.

Fans who don’t wish to or can’t afford to sign up for the various streaming services will likely wonder if all of Dice Media’s best content from Little Things to What the Folks will soon be locked behind paywalls. Suresh put those concerns to rest, noting they aim to have an even split between ad-based and subscription offerings.

“YouTube is a good test-bed for us," he adds. "We want to do more seasons on our platform as well, and we are trying to find a balance between which we give away and which we keep.” While Little Things has moved to Netflix, What the Folks is staying on YouTube, where its season 2 will premiere later in October. 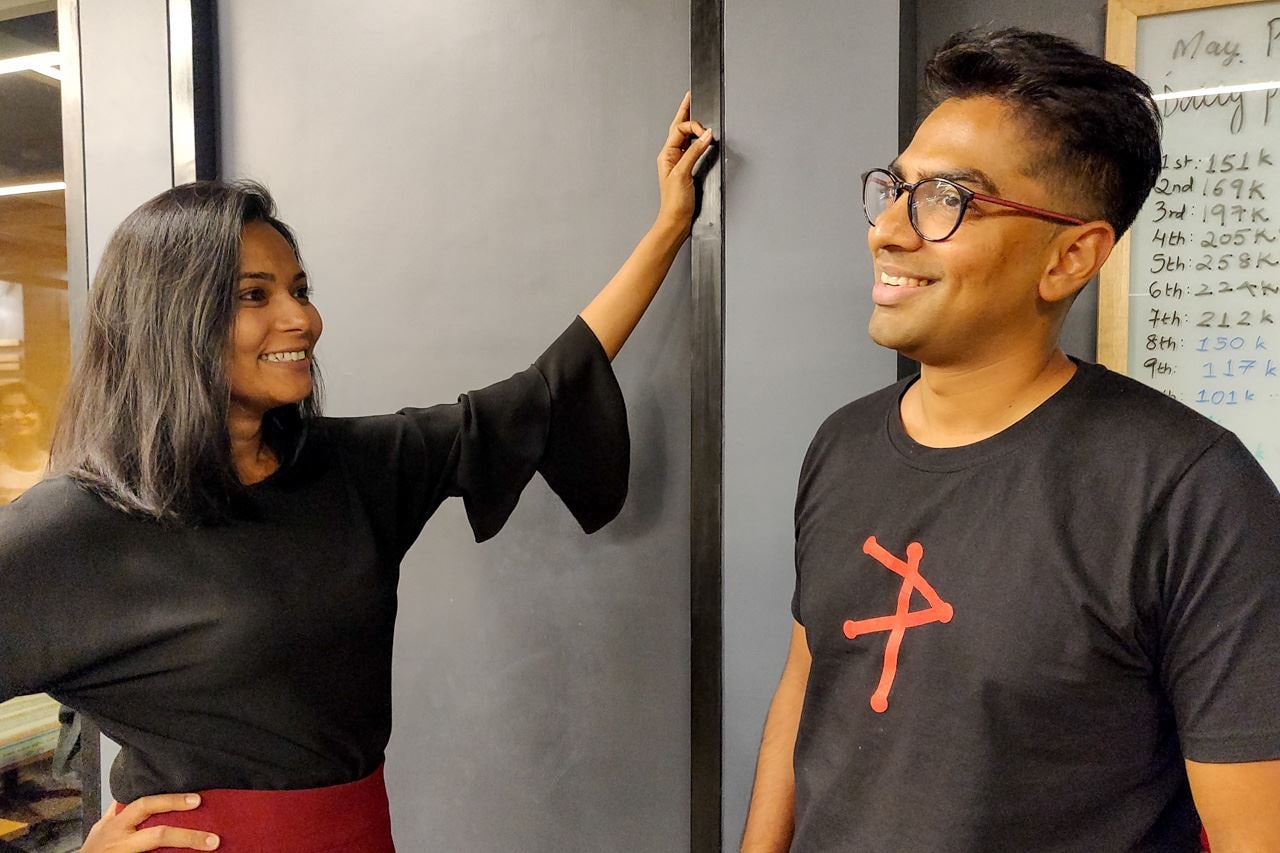 Shrivastava chimes in to add that collaborating with Netflix & Co. allows them “to explore genres that may not always be very brand-friendly. If you want to do something in a darker space, where there are negative protagonists, crime thrillers, or larger-budgets shows like biopics, then right now is a great time for creators like us who can go to [streaming services].”

At the same time, being their own distributor gives them room to experiment, both Shrivastava and Suresh concur. In fact, Little Things was borne out of two popular FilterCopy videos called “Annoying Things Boyfriends Do” and “Confusing Things Girlfriends Say”, Dice Media supervising producer Bharat Misra points out, calling the short-form channel an audition for ideas. A nodding Shrivastava adds: “It’s where we identify new faces, make them popular and then reap the benefits at Dice.” That has happened behind the scenes as well, with writers of viral shorts being promoted to script long-form content.

“It’s important to keep our social distribution alive because it gives us the ability to test content out,” Suresh adds. “I do believe very strongly that if I take Little Things season 1 script to a ton of platforms and broadcast TV guys, nobody will green light that. It is very non-traditional, doesn't follow the three-act structure, doesn't have a season arc. It has all the red flags that you'd expect to see in a script. But we understand through the data that we collect and we realise this can work despite breaking all the rules.”

That focus on data also informs how most of their content is shot and edited. "When Ruchir [Arun, Little Things season 2 director] was going to start working with us, we sat him down and said 'Here are some of the rules. Your first scene, don't show me establishing shot. Start with an action',” Suresh explains. “Not because I'm a creative genius who knows all that, but because I've the data. I said, 'Just throw away your [film school knowledge] and just learn this'. Don't throw away, of course,” he adds with a laugh, “but just learn some of these rules.”

Netflix is known to be data-driven company as well, but it didn’t affect filming on Little Things at all, Suresh and Arun add. “In fact, the post-production changed a lot,” the former says before giving way to the latter, who details how Netflix’s creative input shaped the final episode of Little Things season 2. “They asked us to look at a consistency in tonality,” Arun notes. “We reshaped it to what they asked us and we all agreed, it binds in a much better way than what we were trying to do.” 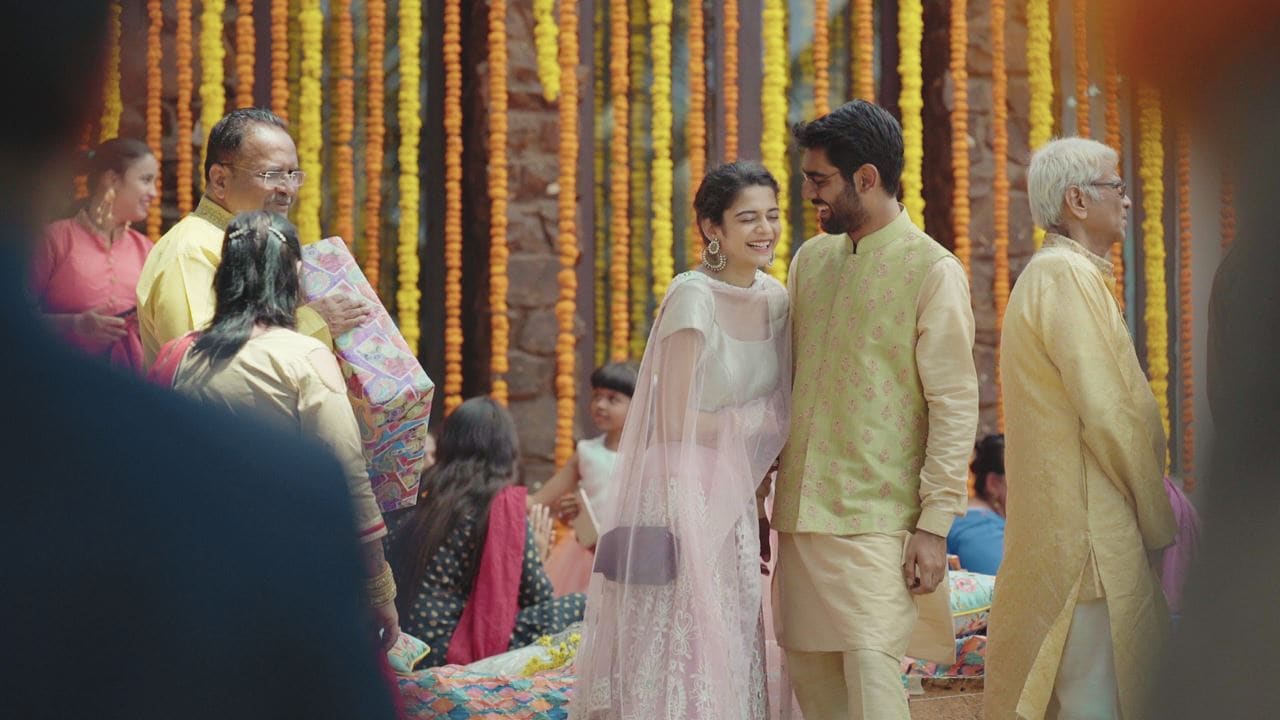 A still from Little Things season 2

And because Little Things will premiere across the world at the same time, as do all but a few Netflix Originals, Suresh notes the “interesting thing about working with them on post-production is the complexity it brings”. The comedy-drama has been dubbed in five languages – most of the original cast handled English and Hindi themselves – with subtitles in a handful more, which wouldn’t have been possible for Dice Media on its own. “To see the sheer scale of that and be a part of that process was quite enriching for all of us,” he adds.

What hasn’t changed with Little Things season 2 is Dice Media’s habit of having actors from other series make cameos elsewhere. Veer Rajwant Singh and Eisha Chopra will guest star as a couple (Akash and Nandini) getting married, having already played a couple (Nikhil and Anita) in What the Folks. As their latter characters, the two have gone apartment hunting in Adulting as well, with the broker being referenced later in What the Folks. This hints at an inconsistent, poorly-managed universe and Shrivastava concurs, calling it “a messy world”.

And sadly for fans, there's no bigger world at play here. “What it does, I will tell you very shamelessly, it gets our viewers to comment: 'Arre this is Nikhil from this-and-that.’ Some people don't know the difference between Nikhil or Veer. Mithila still gets called Kavya a lot,” Suresh says.

“It's not some brilliant master-plan,” Shrivastava remarks, with a laugh. “We wish it was.”

From Little Things to Big Deals: How India's Dice Media Shot for Netflix and Beyond
Comment