From Ladakh to Mysore.

“The thing is, the airport-to-hotel jokes you can write about any city. We all land in Bangalore and be like, ‘Arre, your airport is so far, it's basically in Goa.' Every comedian is doing that once they land in Bangalore,” stand-up comedian Vir Das tells Gadgets 360. “But the idea of the show is, ‘When you really experience that city, does the joke change?'”

It's what Das is trying to explore with Jestination Unknown — no, that's not a misspelling, but a portmanteau of “jest” and “destination” — a comedy travel reality series that's out Friday, October 18 on Amazon Prime Video. The genre is quite popular outside of India, and Das has woven in further influences from legendary sitcom Seinfeld and motoring show Top Gear. Das serves as the host on Jestination Unknown, which features him and two friends spending 72 hours — that's three days — in an Indian city, soaking up the local culture and delivering a stand-up show.

“Every episode has a pretty clear narrative,” Das explains. “We went to Lucknow because Lucknow is kind of where Indian stand-up comedy began with hasya kavita and sher-o-shayari, right? We went to Jodhpur, because behrupiyas and court jesters used to make fun of royalty. Patiala is what the funniest and most alpha people in India find funny. Mysore was an originality episode, because Mysore makes Mysore Pak, Mysore silk, Mysore sandalwood, so ‘Can you write an original Mysore joke?'. Ladakh is largely about people at the border, and then Kerala was about a) educated people, and then b) the tragedy [of the 2018 floods].”

Meanwhile, said friends, who are on the ride with Das, include the likes of actress and host Shruti Seth, actor and comedian Suresh Menon, comedian Amogh Ranadive, actress Rohini Ramanathan, voice over artist and actor Ashwin Mushran, comedian Amit Tandon, former RJ and comedian Manan Desai, former VJ and comedian Anu Menon, and American comedian Raj Sharma. As you can tell, not all of them are comedians, which Das says was intentional.

“It's kind of a curated group of people,” he adds. “We didn't want just comics on the show ‘cause stand-up is actually a very small portion of the episode, there is a lot of sketch and improvising and acting and all. So we needed actors, we needed RJs, we needed a kind of eclectic group of people.”

“Also, Vir doesn't have many friends. The show won't happen without us,” Anu says, cutting in, to laughter from everyone. Das jokes in return that a second season of Jestination Unknown is hence an impossibility, noting how these are “my only friends in the world, basically.”

On a more serious note, Mushran says “what is tough for the ones who are not stand-up comics is having to go in front of people like Vir and Raj [and having to] open in front of them. I'm an actor. So, you've to really sit down and try to work out what you can put together, because you're going in front of these guys who,” he snaps his finger for emphasis, “just do like that.”

“If there's any angst you see [in Jestination Unknown] about writing jokes, that s--t is real,” Das adds. “Except for Anu. Because Anu is like that kid who...” — Seth cuts in to add in a mock schoolkid voice, “‘I didn't study, oh God what now,'” — before Das concludes his thought: “...and then gets 99 percent.”

Stand-up was an uphill climb for Seth too, but the personal highlight was seeing Lucknow in a light she hadn't: “You kind of hear of all these places that have become iconic, Lucknow ki tehzeeb and all of that. And you've heard about tunde ke kabab, eaten that food, but we actually went to the original setup, [where] nothing of that place has been changed. All the things that you've heard of, to finally see them, feel them, hear about them, understand the history and then put a humorous spin on it, I think that's what made the show special for me.”

Given Das & Co. only spent three days in each city, were they ever worried about presenting a limited outsider's perspective on local matters? Mushran notes that though he's been to Ladakh before, he wasn't “that specific about places I've been to. And I think when you're in these places and you're doing these things, you have more to talk about. So it's not skimming the surface. You're actually talking about the time that you spent there, which is what you address, and I think that's nice.”

Anu concurs and adds: “I think because we're there for a short period of time, we tend to do more research about the place so then we will be probably know the history of a palace more than the local public because we are covering it, we're doing this sketch on it etc. But we also, in the episode, [we'll sit] and go like, ‘What are you thinking, Amogh, in terms of what you want to write about? Okay, so he's writing butter chicken, so I'm not doing butter chicken.' So then therefore there's clarity and our sets are varied.” 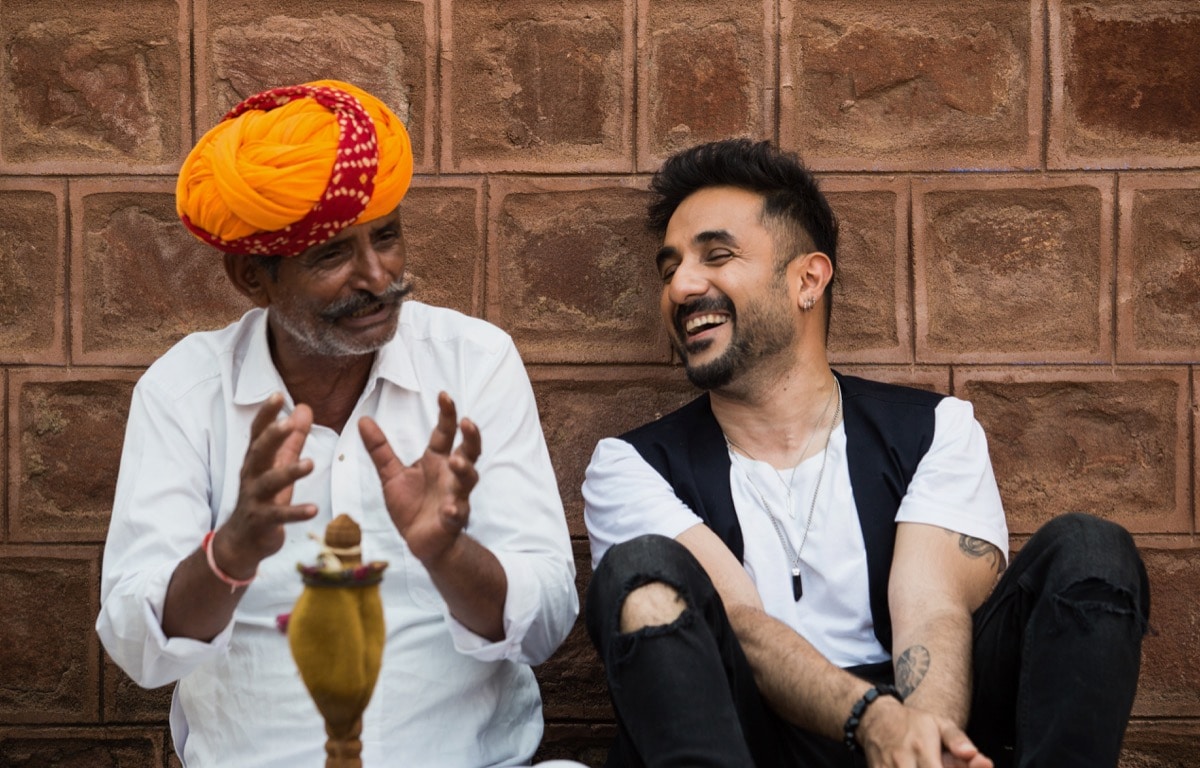 At the same time, he does enjoy what comedians can come up with when pressed for time, Das adds: “Raj Sharma has a great bit in Ladakh about Kung Fu nuns. The standard comedian thought is, ‘Why do nuns do Kung Fu, what would a Kung Fu nun sound like etc.?' But when a comedian really thinks about that, Raj Sharma comes up with, ‘Who fights a Kung Fu nun?' Like who's looking at a group of nuns going, ‘Man, see those nuns over there, [I'm going to] mess that s--t up.' And that's why I love hanging out with comics, 'cause you spend enough time on something, that will happen.”

“You get a different take,” Mushran chimes in.

Be it making their stand-up debuts or delivering unheralded insights, all of them also had to cope with the fact that most of it was executed on the fly.

“You know if you're going to Mehrangarh Fort [in Jodhpur], you want to shoot something about it being an allegedly impenetrable fort,” Das says. “But the night before you sit together and you're like, 'What can we do tomorrow?' And then in the morning, you're calling up a costume guy going, 'Do you have extra British costumes?', and just finding 10 guys and saying, 'Stand in the back.' We wrote that sketch 20 minutes before we shot it while tour groups were going through. It's that kind of atmosphere, which is easy for us, but terribly tough for the [cinematographer] and director.”

Das says the only thing you can plan beforehand is the scale of the shoot and B-roll coverage of the location. They had six on-ground cameras and two camera drones on Jestination Unknown, with a total crew of 100 people covering five locations in a day. But you can't plan the actual meat and potatoes of it, as Das cites going to R.K. Narayan's house for instance, which they do in the Mysore episode.

“Now we met a tour guide at R.K. Narayan's house, and that guy has 45 really, really good things to say about the culture and Malgudi Days and all of that stuff,” Das adds. “And we decided, 'Arre, we need to get this into the show, somehow'. So we create a segment called ‘60 seconds of R.K. Narayan', right. So now we're setting up two [point of view] shots on distorted lenses, and our writer is training this [tour guide] saying, 'We will ask five questions and you've got five things to say, and all of it has to be done in 60 seconds while a clock ticks down'. That's on the spot, but keep in mind that's changing production, that's changing lighting, that's changing shooting angles as well. So that's kind of how the show works.” 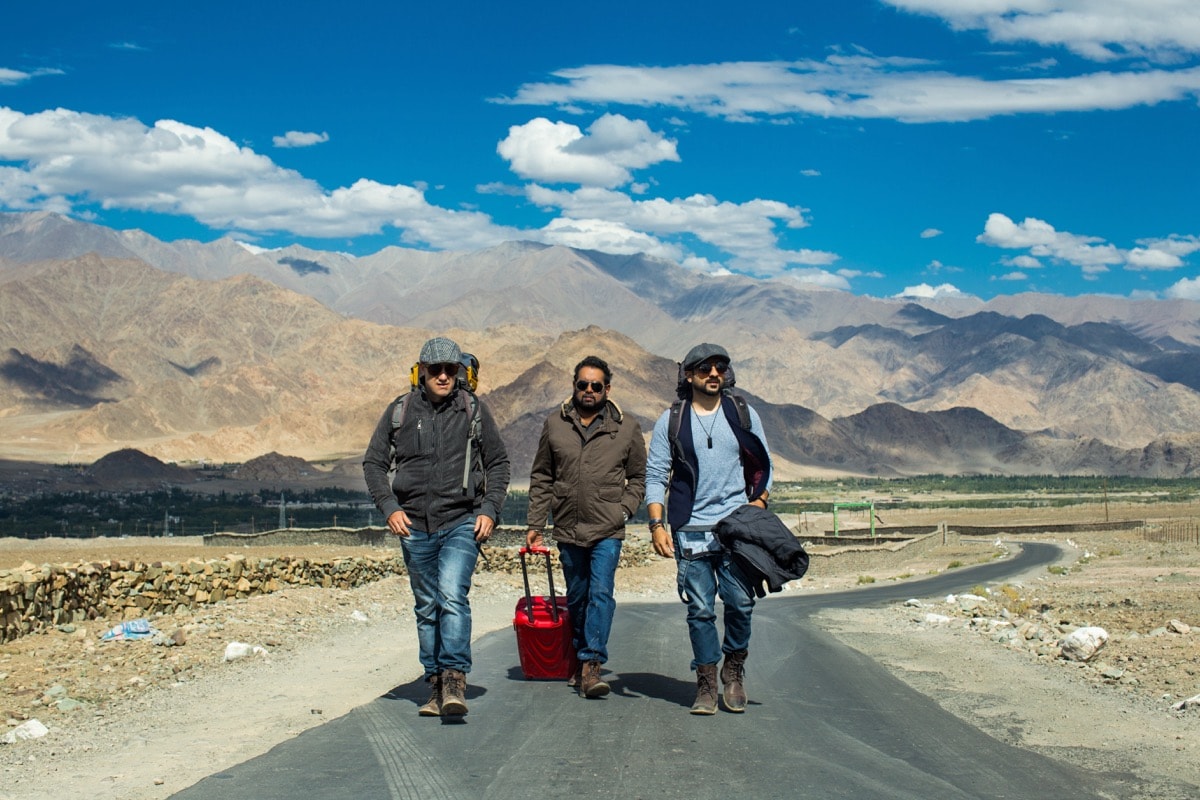 The intentional lack of scripting and the extensive crew resulted in over 10,000 hours of footage ultimately, Das claims, which meant six-and-a-half-months on the edit table to come out with six episodes that run over half an hour each. That was one of the reasons it took over two years — Amazon commissioned the show alongside Comicstaan and The Remix, both of which premiered last year, with the former having aired its second season as well — for Jestination Unknown from start to finish. It was planned for the first quarter of 2018, and it arrives in the last quarter of 2019.

“I have to kind of take the fall and say my schedule [was another factor],” Das adds. “This is one of those things where it takes a certain amount of time to shoot every episode and prep everyone, so I needed to be free for like two weeks to prep every episode. […] It was shot, I would say, across maybe 18 months, depending on my acting or touring schedule and all that stuff.”

Das notes that it was also about finding the right cities: “I think we had two cities that we were planning to go to and then because of the government situation or something, we couldn't go there. With Kerala, we had to pivot the entire narrative. We were going to Kerala to find out what the most educated people in India find funny and it was a very chilled out narrative and then the Kerala floods happened. So we waited two months and kind of structured the narrative around tragedy and comedy and how long do you wait to laugh after something terrible has happened in your city.”

The running joke on Jestination Unknown season 2 is Das' lack of friends, and given the prolonged production schedule, he's more than happy to use that excuse — and more — to deflect. Asked what he would like to improve upon in a hypothetical follow-up, Das says: “I think just prettier people, yaar.”

“Oh really, are you thinking about yourself?” Seth cuts in, to laughter from everyone. “I think we'll just take Vir out of the show, then we'll be fine.”