After more than two years off air, Marvel's only female-led series Jessica Jones – and also its best – is back Thursday, March 8 with a second season on Netflix. That will give fans the chance to see more of the alcoholic super-powered private investigator (Krysten Ritter), and those closest to her: adoptive sister and best friend Trish Walker (Rachael Taylor), and neighbour and now co-worker at Alias Investigations, Malcolm Ducasse (Eka Darville), as they deal with a new, bigger threat.

The interactions between those three, with Jessica at the centre, were a big part of the show's debut season, and both Ritter and Darville concurred when they sat down with members of the press in New York during filming."I've really built Jessica around the friendship with [Trish]," Ritter said. "I feel that's the meat and potatoes. That's the heart of the show, the relationship between Trish and Jessica. That sisterhood, that friendship, that support, that's where the show really lives and thrives, I think."

"The dynamic between them is so brother and sister. It's like they're totally siblings from another mother kind of deal," Darville said of Malcom's relationship with Jessica."He's just always on her nerve, she just finds him so infuriating but loves him. And through this season, because so much of what his story is about is him creating himself as a man outside of his dynamic with Jessica, there's a real pride that surfaces over who he's becoming, and what he's doing."

Darville even made a parallel to his relationship with Ritter: "I've so much respect for her, and she's like the consummate professional, and I've learnt so much by watching the way she works on and off camera. There's a definite similar thing of Malcolm wanting to learn PI from Jessica, and modelling himself in the way she works." 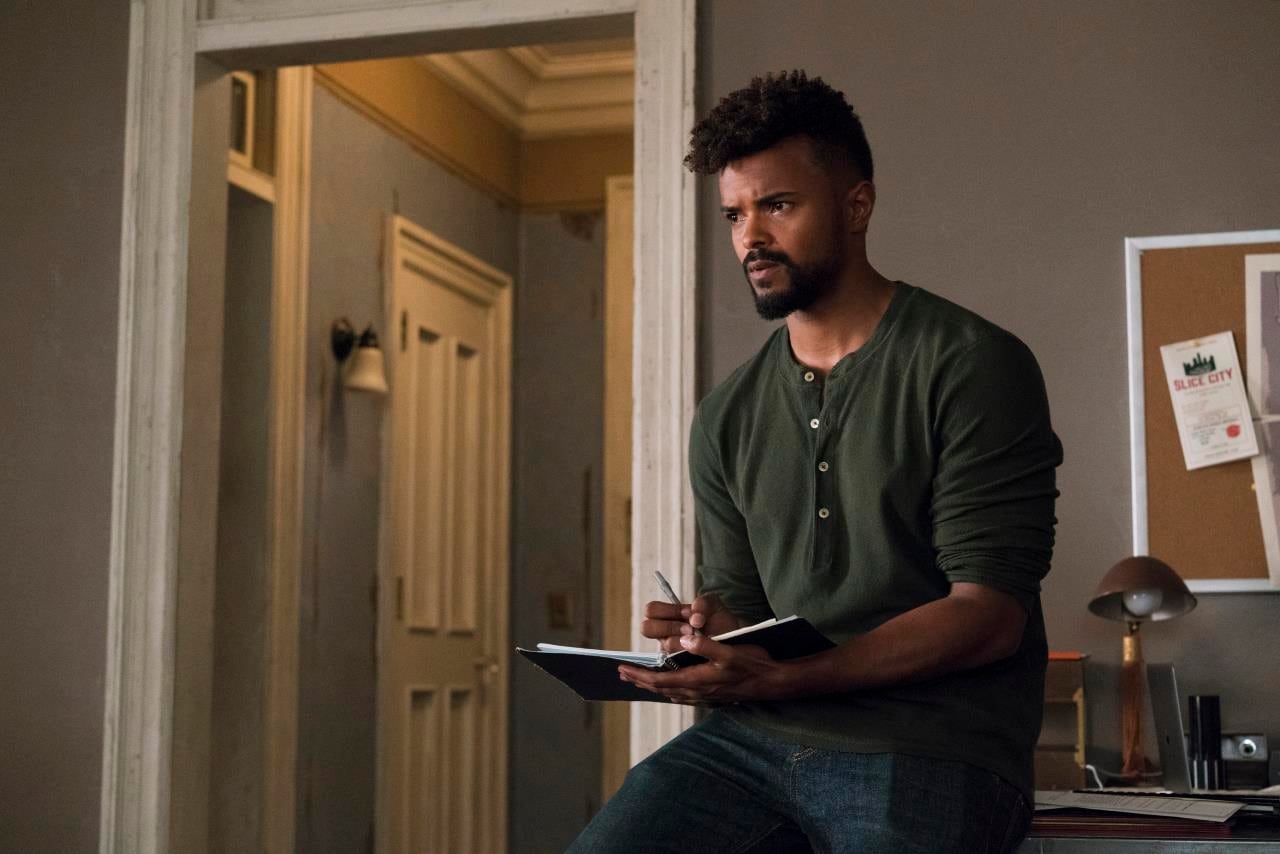 AKA A New Level
The new season of Jessica Jones moves things along further, even giving reasons for Malcolm and Trish to interact without Jessica in the picture. While both Ritter and Taylor remained tight-lipped on whether we would see a bit of the latter's alter-ego Hellcat, Taylor did cryptically remark that she got to dig into different aspects of her character."I certainly could say that I think people are going to be surprised, in terms of how we reveal all the colours to Trish," she added.

Ritter has previously spoken about how season one was in Jessica's head, and season two is more in her heart, and she elaborated that the return of Jessica Jones is about digging into what makes her so hard. "Why is she so dark? When did she turn black? And that's been creatively just a thrill for me," the actress added.

As for Malcom's second season arc, Darville sees "it almost as a coming-of-age story. He's finding himself, he's rebuilding his life, he's working out all of his demons that are still very present, and he's really kinda stepping into his own skin." One of the big changes for the Australian actor was having to bulk up, now that he's not playing a drug addict under Kilgrave's (David Tennant) control anymore.

"I had to spend a lot of time in the gym, eating a whole bunch of food when I wasn't hungry, and picking up heavy shit and putting it back down," he said, with a laugh. "That's been really fun, and kinda something I've always wanted to do, and this gave me the perfect excuse." 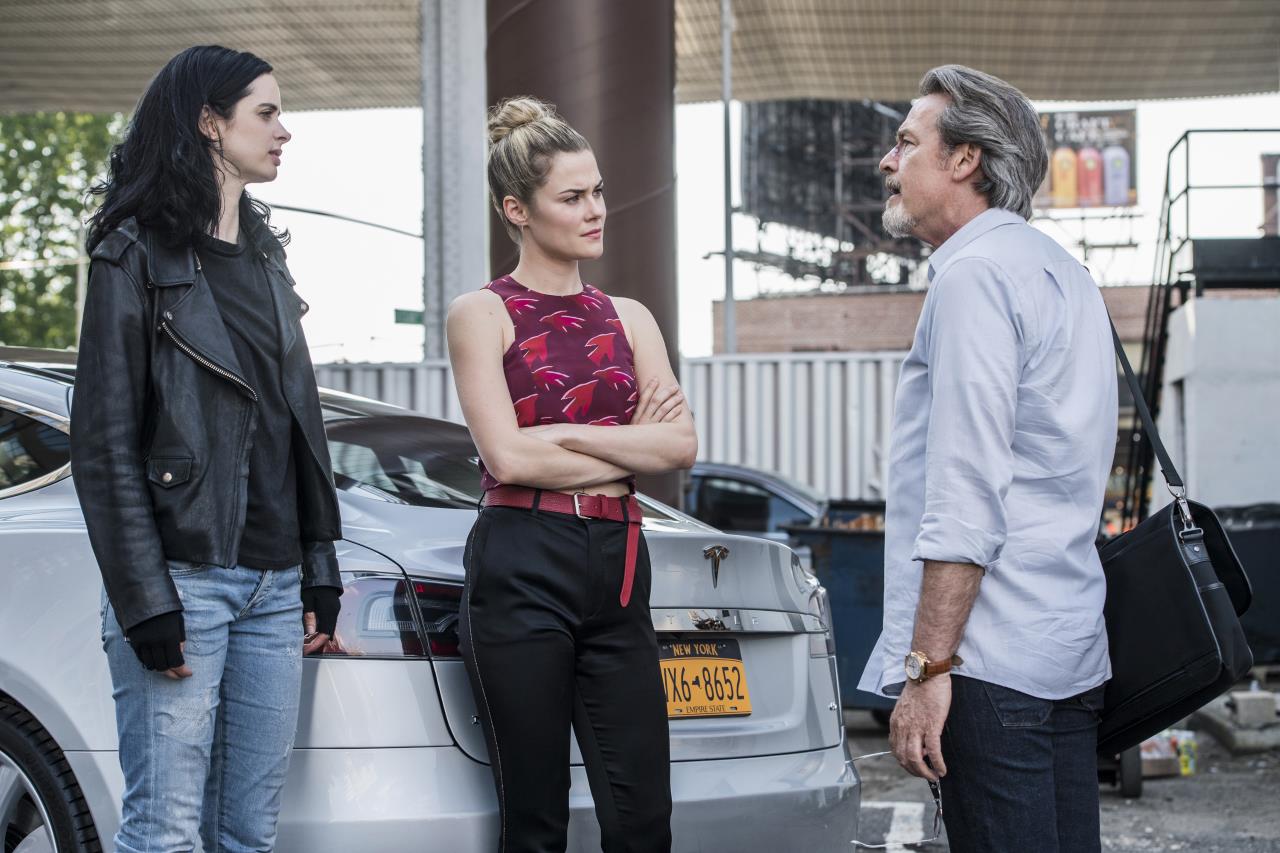 AKA Girl Power
A big part of Jessica Jones' success in the first season was down to its excellent writing for the most part, which brought out social issues that aren't dealt with proper nuance as often on TV – sexual assault, rape culture, and PTSD – and marred it with female empowerment, of women escaping the clutches of men, and asserting control and agency over their lives, personified by its title protagonist.

Taylor said she was "proud to be part of a show" that tackled big, important topics, and heaped praise on creator and head writer Melissa Rosenberg: "She has a way of tackling big social issues that are never moralising or obvious. The story is always first, she writes great character. It's just a testament to her as a writer that those everyday issues and realities that are out there crop up as a result of the stories she's telling."

Jessica Jones season 2 has gone further even behind the camera, hiring female directors only for all 13 episodes. "It's been a very unique set experience because the energy is predominantly female," Ritter said. (It's also why the new season is out on March 8, International Women's Day.) She added that she's always arm-in-arm with Taylor on set, shares a deep bond with Rosenberg, and then brought up an anecdote involving her 21-year-old sister.

"I work really long hours, I knit a bunch of stuff, and I've a book [that's now out]. I just do a lot. And my sister goes: 'Sissy, you go HAAM.' And I go: 'What does that mean?' And she goes: 'Hard as a motherf---er'. And I laughed so hard I almost peed my pants," the actress added. "I brought my sister to a table read, ...and we ended up telling Melissa the story about how 'sissy goes HAAM', and now anything that happens, Melissa Rosenberg will text me: 'Sissy, did you go HAAM?'"

You can watch Jessica Jones 'go HAAM' in the second season of her show, out now on Netflix.

Further reading: Netflix, Jessica Jones, Marvel, MCU
Akhil Arora Email Akhil Akhil Arora covers entertainment for Gadgets 360, interviewing stars such as Christian Bale and Anurag Kashyap, covering series premieres, product and service launches across the globe, and looking at American blockbusters and Indian dramas from a global socio-political and feminist perspective. As a Rotten Tomatoes-certified film critic, Akhil has reviewed over 150 movies and TV shows in over half a decade at Gadgets 360. When he is not completely caught up with new film and TV releases, Akhil ...More
Broadcom to Stick With US 5G Investment After Qualcomm Deal
Final Fantasy XV Windows Edition PC Performance Review - The Best Way to Play FFXV?