Midway through his first stand-up comedy special for Amazon Prime Video, while discussing the notion of peculiar Uber drivers, Mumbai-based comedian Sapan Verma asks his audience about any weird experiences they may have had. After a woman narrates the time one of the Uber drivers broached the topic of her marriage, Verma weaves the story into his monologue, and continues. Bringing in the audience like this was made possible by his choice of venue.

“I shot it at this place called The Comedy Club, in Bangalore,” Verma tells us. “I toured it for about four months, did 29 shows, and then decided. I just love that venue, because it’s very intimate.” It’s an outlook his friend and fellow comedian Kanan Gill shares. “I like things that are super intimate, the way the special is shot,” Gill says. “I don’t wanna see the audience, I don’t wanna see the venue, I just wanna see the comedian.”

When asked about his favourite references, Gill talks about how Louis C.K. shoots his specials. "Extremely tight. As close as you can get, mic and his face for the most of it. Which luckily, I did once before. I shot a special two years ago, and never ended up releasing it, because I realised all the things you can do wrong,” he adds, with a laugh. “So, I had that perspective.”

Both Verma and Gill are part of Amazon India’s new venture for its video streaming service, that will bring 14 hour-long stand-up comedy specials by the end of May. “My day is watching comedy,” Gill remarks, and he’s not just talking about the material, as comedians refer to their collection of jokes. A special means having to ponder over everything, including the smallest details. This goes beyond the punchlines, to the choice of clothing, the colour of the lights, and the placement of multiple cameras.

“That’s the problem that you don’t realise before,” Verma explains. “When I started writing my show, I was thinking what’s the usual flow like, what’s the usual duration like. I saw all of that, I never saw it from the production [point-of-view], of camera angles, and lights. Then when we were shooting this, I went back and saw all the specials that I liked, and I was analysing it, not from the joke PoV, but ‘Oh, he’s switching from this camera angle to that camera angle, he’s got a jib, a trolley, he’s got a track shot’.”

The two of them went through the four or five big specials they liked, and noted down the colour, feel, and lighting among other things. The comedians then work with the production team at Only Much Louder (OML) to get things how they want. “I don’t think you really notice these things when you’re watching as a passive experience, you never do,” Verma adds. Gill nods his head and adds: “But once you do it, you’re like ‘This guy is a genius!’”

“At this level, we can be funny for an hour, but now the thing is you’ve to keep it visually interesting for an hour, which is a whole different thing,” Gill says. “Which I realised two years ago, in the hard way. I was like, if the camera is this tight, then I have to be more expressive.” 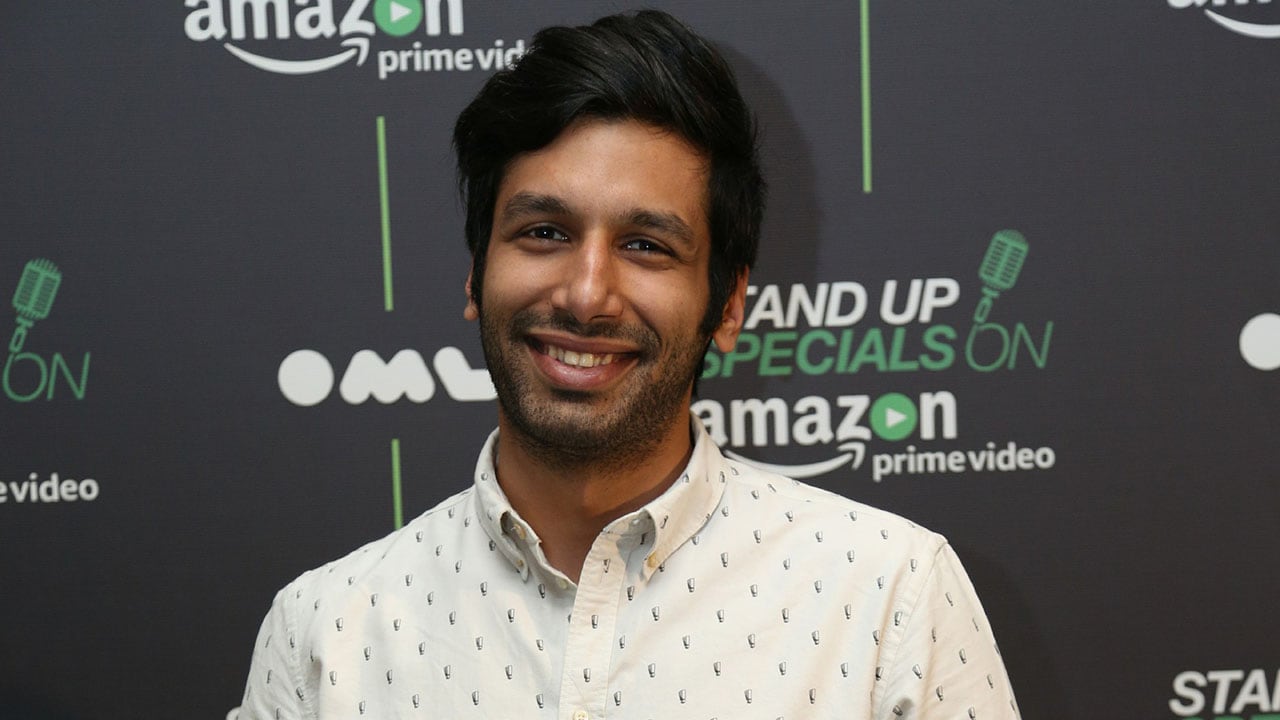 Stand-up comedy specials can be hard work, especially “because you’re only getting one chance to shoot it”, says Verma. Gill likened it to the final exam at the end of a school year: “The special is the final exam, you know what I mean. If you don’t work towards the special, then you can do the same material for as long as you like. But the fact that I have an end date now, that means I have to get this show really good, by that date.” It’s exciting and daunting at the same time, for all the comedians involved in the Amazon deal. “Whoever I meet, I’m like ‘Oh, where are you recording it? How are you doing it? Who’s directing it?’,” remarks Verma. “Whenever I meet these guys, I don’t ask about the content. But just” – and Gill chimes in at the same time – “how?”

Surprisingly, at the announcement event for the specials, Prime Video head Nitesh Kripalani said there would be no censoring of the comedy content. That sits in contrast with its policy on other content, which includes blurring of genitalia or chopping off segments that display the innards of a cow. Amazon seems to think words, as opposed to visuals, won't offend "cultural sensitivities" on a similar scale.

No laughing matter
Even as one problem subsides for Amazon, another one rises. Of all the 14 comedians working on a stand-up comedy special, every single one of them is a man. It’s a direct result of Amazon’s “long-term arrangement” with media production house Only Much Louder (OML), whose chief operating officer Ajay Nair is quick to point out the reason for that is because they “don’t have anybody else in the roster”. 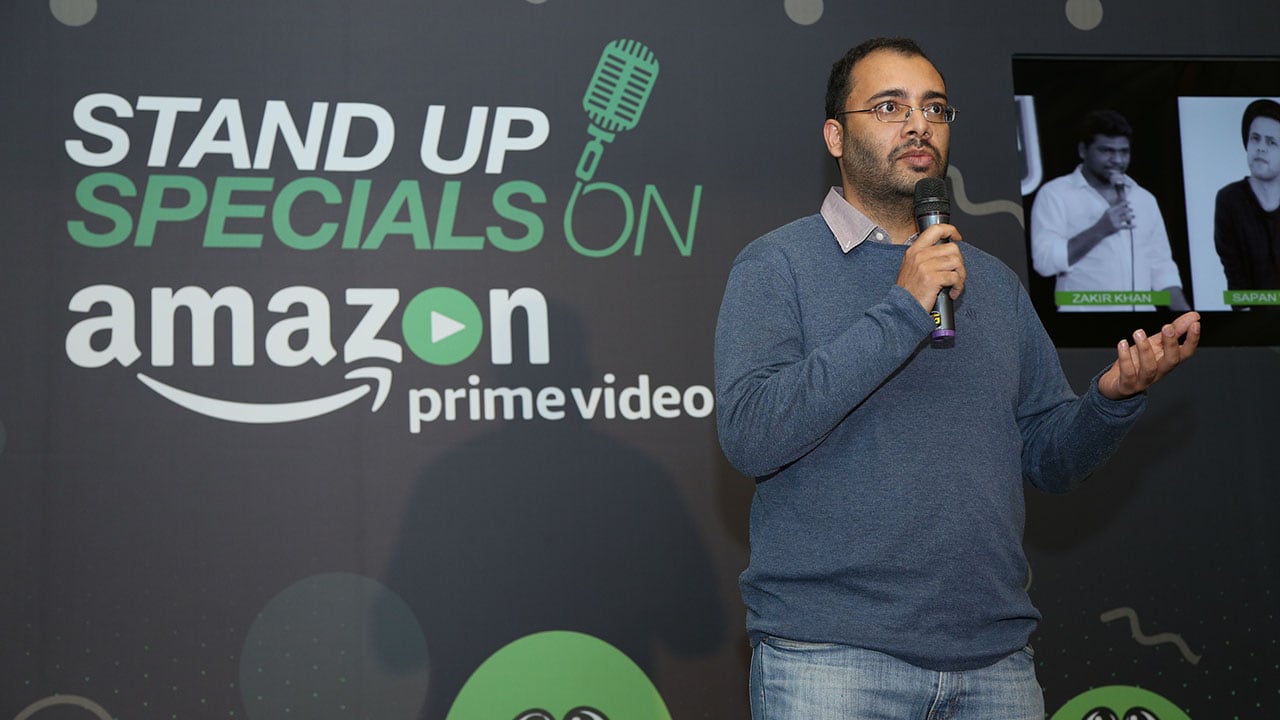 “These are all comedians that OML manages,” he adds. “We manage only two female comedians as of now,” Sumukhi Suresh, and Kaneez Surka. “Sumukhi is developing a special, so once that is ready, we are hoping that will go on this as well. Kaneez doesn’t do a lot of stand-up, she does a lot of improv.”

“We don’t work with any other female comics, at this point in time,” Nair adds, “not because we don’t want to, because they haven’t approached us, or we haven’t approached them.” Asked whether it’s a reflection of the overall circuit, he concurs: “It pretty much is a representative of that. I think for every ten male comics, there is one female comic. And it’s a question often asked. We, frankly, are not in a position to get people to do comedy. Once they do comedy, then we start working with them.”

Mumbai-based comedian Aditi Mittal believes it’s much tougher for women to crack into the scene. For one, they have to deal with casual sexism from audiences – she points to YouTube comments as proof: “That’s what you’ve to deal with in the female sphere, which the guys don’t get. It’s generally daunting in having your stuff out there.” There's also a lack of investment from companies – “From the business end of it, there has been no conscious effort to nurture females, when it comes to comedy. I, for one, have been all by myself. It is only recently that I managed to get some representation, and make a business out of it.”

“I was very, very sad to see it, from a personal and professional standpoint,” fellow comedian Radhika Vaz tells us. “Our country treats women in a very off-hand and second-class-citizen manner. Nothing has unfortunately changed, as we can tell from this recent thing we are dealing with. So, [firstly], we have to recognise that this is India, and this is how we treat women – all professional women are treated the same way. And that’s a horrible thing to have to say, but it’s true.”

A clip from Aditi Mittal's stand-up comedy special (not for Amazon), titled 'Things They Wouldn't Let Me Say'

Mittal thinks women are “always held to a higher standard” than men, but Vaz isn’t sure that’s applicable in the OML deal. For her, “it’s an Amazon issue. Did they even look at our work, and say ‘It doesn’t hold up. The guys are better.’ Or did they just pick the 14 males that were handed to them,” she asks, rhetorically. “I wonder if that much respect was even given. That’s my bigger question.”

When Gadgets 360 put the question of diversity to India head for Prime Video Nitesh Kripalani, he said: “We will always work on getting the best talent, [and] the best content. Our view is – the best content creators don’t matter where they come from, no matter what language they speak. But that’s good feedback, we should look at it with Ajay [Nair, at OML] for sure, but what I can tell you is, it doesn’t matter who the talent really is, it matters whether the customers want that, and that’s what we are aiming to do across all our content.”

If Amazon is truly interested in being more inclusive, it may well need to look beyond its current partnership. Nair thinks the idea of finding or nurturing upcoming female comedians would seem “super artificial” and not a path they will go down. “I don’t think that should be an objective for us,” he adds. “We try to find the best talent; there’s a lot of male comics we don’t work with, as well. This pretty much reflects the business, in terms of how many female comics are there.”

Both Mittal and Vaz told us that Amazon hadn’t approached them. “If their logic is ‘there isn’t anybody good enough’, then you know there’s a problem,” says Mittal. Vaz thinks the men in the industry need to be much more vocal about the issues, and even more conscious when they’re setting up a show. “We aren’t getting the best of the best, if we’re only looking at half the population,” she adds. “I know girls who are upset about this decision, and they can’t say much or anything, because they are afraid of the backlash – from the community, and the powers that-be.”

“There has to be an actual sense of respect for women,” Vaz remarks later. “Recently, someone came out with a ‘Top 10 comedians to watch for in 2017’ list. Guess what – all men. If a woman is watching this, how is she going to think that is a space for women?” Even though Mittal is frustrated with the hypocritical approach to feminism – comedians talk the talk, but don’t walk the walk, she thinks – there is light at the end of this darkly unfunny tunnel for her: “A platform like Amazon Prime Video is going to be amazing for comedy in general, that’s what I’m excited about. It’s only pushing audiences towards comedy.”

Inside Amazon's Stand-Up Comedy Specials – No Censorship, No Women
Comment