Investment in originals is set to reach $1 billion by 2025, analysts estimate.

Netflix has been investing heavily in Indian films

Last year, streaming services such as Netflix and Amazon Prime Video released over 100 originals from India across genres and format, be it TV shows, movies, short films, or comedy specials. That number — and the money being poured into these original productions — is only going to shoot up in 2019 as more players join in, with the likes of Reliance Jio and Times Internet poised to expand their presence in the burgeoning market.

“The investment can easily grow up to $1 billion (about Rs. 7,102 crores) by the middle of the next decade, by 2025,” Constantinos Papavassilopoulos, a principal research analyst at IHS Markit, who tracks the TV market in 22 countries including India, tells Gadgets 360. “A rough estimate that I can make, maybe now in 2019, the investment can be $400 million (about Rs. 2,841 crores), if you include all the players together.”

Papavassilopoulos says that no single Indian company can match the money that international players such as Netflix and Amazon are forking over, “which is pretty close to $100 million (about Rs. 710.28 crores)” annually. That investment is going towards both originals and acquisitions. According to a joint report [PDF] from the Boston Consulting Group (BCG) and Confederation of Indian Industries (CII) published in December 2018, Netflix spent Rs. 2-3 crore per episode on its crime drama Sacred Games, while Amazon spent Rs. 1-2 crore per episode on its cricket-themed series Inside Edge.

For Netflix, that expenditure has resulted in tremendous growth, per Counterpoint Research, which estimates that the Los Gatos, California-based service has tripled its paying subscribers in India in 2018, to roughly 1.5-1.6 million. Hanish Bhatia, a senior analyst at Counterpoint Research, says that Netflix has already started registering profits in the country as well. According to a Mint report, Netflix's net profits for the 2017-18 fiscal year was about Rs. 20 lakhs, though it noted that its "global presence enables it to bifurcate costs and investment across countries".

Bhatia believes that international players are using originals as a ‘hook' to introduce audiences in India to their global offerings, while Papavassilopoulos is of the opinion that the likes of Netflix, Amazon and Hong Kong-based Viu, which produced nearly 20 original series in Hindi, Tamil and Telugu last year, are “doing so not only because they want to expand their business in India, but because they want to be global distributors of Indian content”.

“Indian content is very, very popular in many markets around the globe,” Papavassilopoulos adds, while noting how Netflix and Amazon executives have said as much in the past. It's also why local players such as Eros Now and Hotstar are present globally, while others such as Viacom 18-owned Voot have slowly started to expand beyond Indian borders. 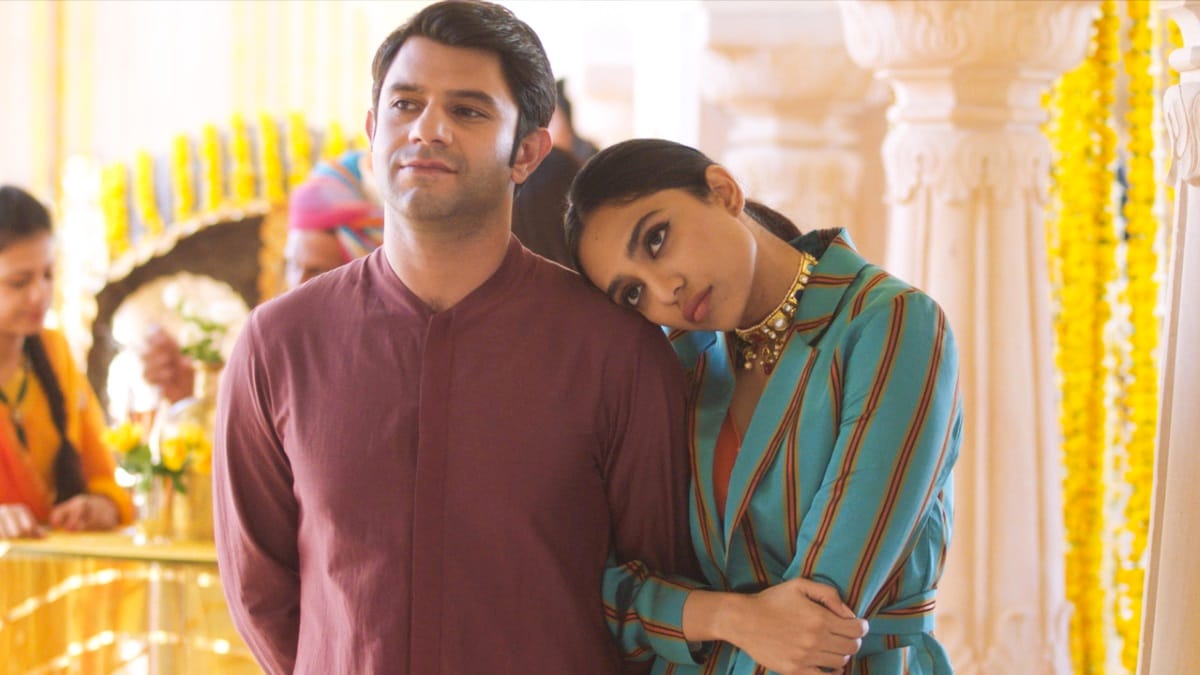 A still from the Amazon Prime Video series Made in Heaven
Photo Credit: Amazon

With China cut off to most due to local regulations, India holds the most potential for any streaming service looking to spread its wings. And it's become a worthwhile market since Reliance Jio slashed the cost of mobile data with its entrance into the 4G-sphere in the second half of 2016. Data consumption has risen by 10 times in the last few years, to about 10GB per user per month, per the BCG-CII report. Thanks to 4G, online content has reached semi-urban and rural areas, Papavassilopoulos says, which he thinks will “play a major part in years to come”.

The rapid growth in online viewership in India — audiences are watching about 190 minutes of video per day per user across all platforms, per the BCG-CII report, while overall media consumption is growing at nine times that of the US, and twice of China by comparison — is also changing the approach of the local players.

The ad-supported Voot is set to launch subscription-based ‘Voot Premium' in a few months, Voot business head Akash Banerji said in April, which will turn it into a freemium service just as Hotstar, currently the leading platform in terms of monthly active users. Times Internet, which acquired the app MX Player in June last year for Rs. 1,000 crores, has also rolled out its own slate of originals — for free.

Seeing the importance of original content, even Hotstar is singing a new tune, having tapped 15 Indian filmmakers such as Shekhar Kapur, Salman Khan, and Kabir Khan among others to launch its new play, Hotstar Specials, which began rolling out in March. It has already released a docu-drama centred on Indian cricketer M.S. Dhoni and a remake of the British series Criminal Justice, starring Vikrant Massey, Pankaj Tripathi and Jackie Shroff.

“The basic purpose of all big Indian media companies was to launch [ad-based video on demand] first to expand as quickly as possible, to create a large user as possible, and then utilising the user choices and preferences to offer a targeted [subscription-based] proposition,” Papavassilopoulos says. “Which, at the moment, seems to be working.”

He thinks that Indians are also now more willing to pay for content and use digital payment solutions after the November 2016 demonetisation drive. Additionally, the arrival of Netflix and Amazon has educated the public about paying for online content, according to him.

“This mostly happens in developed markets where the cost of the [over-the-top] service is much smaller than pay TV,” Papavassilopoulos adds. “That's why you have cord cutting in some major markets. In India, cost of pay TV is still low, so there is a problem there. However, this stage of educating the people about this way of accessing content is beneficial for the local [over-the-top] services.” 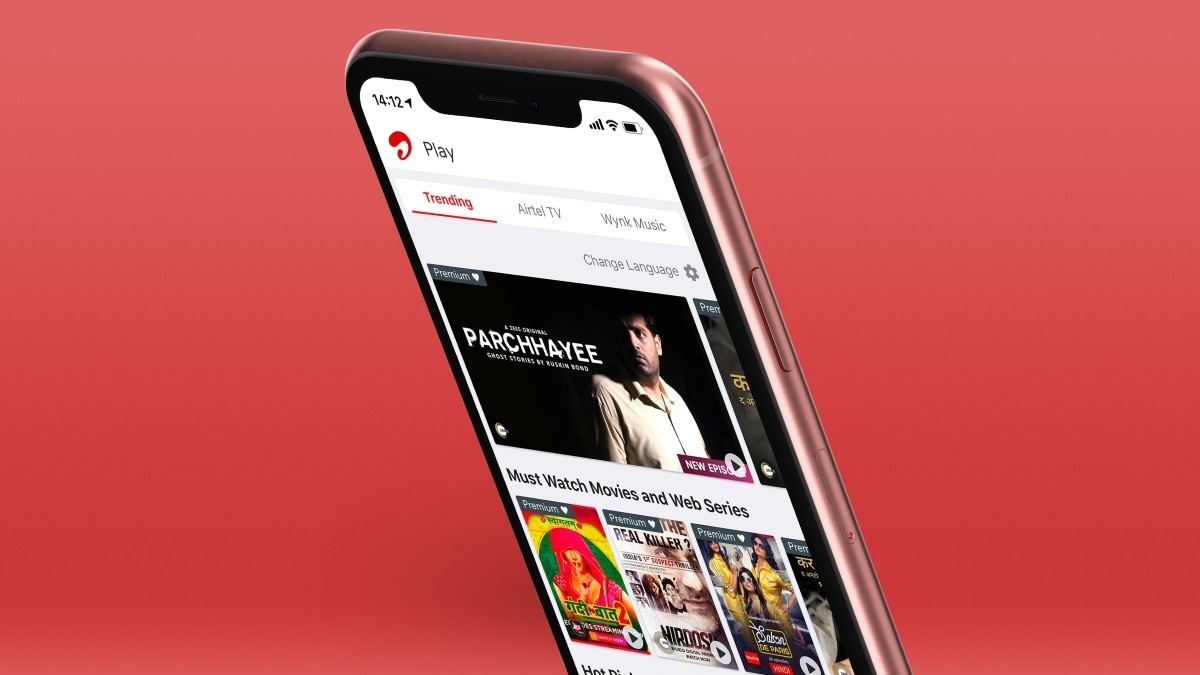 Airtel has tie-ups with ZEE5, ALTBalaji, and others for content within its app

Owing to that and other reasons, traditional (cable or direct-to-home) TV is still king in India. According to the BCG-CII report, TV still occupies a lion's share of the overall media consumption in India. In more mature markets such as the US and China, digital has surpassed TV. To entice users, multiple strategies have been put into play.

Most if not all have opted for tie-ups with other companies, be it telecom operators, digital wallets, ride-hailing apps, and even (supposedly rival) streaming services. The likes of ALTBalaji, Eros Now and ZEE5 offer their content for free through Airtel, Jio, Vodafone and Ola Play apps, while premium postpaid subscribers of telcos Airtel and Vodafone can get discounts on Prime Video and Netflix subscriptions as well as extended free trials. Hooq entered into a partnership with Hotstar back in October, in a bid to attract more eyeballs.

“I think this is a very hard decision to make for an [over-the-top] platform, whether to release original content on their own, or go for an operator tie-up,” Counterpoint's Bhatia says. “It all depends on the type of content, amount of money they have put in, and the kind of traction they are getting on their own platform. It is a cost-benefit analysis. For smaller players, tying up with a network operator is a good opportunity because it gives them access to a large user base. It's a very lucrative business and they make lot of money from licensing fees.”

Though most platforms would only talk about their 'profitable' partnerships with telecom operators in vague terms, an EY-FICCI report released in March claimed that 60 percent of streaming video consumption in India is thanks to such partnerships.

Beyond that, streaming services are investing heavily in original content spanning regional languages, Bhatia adds, which targets specific groups after a lot of research and analysis: “It even helps them in casting [and] figuring out what kind of content they should be creating going forward.”

“If ALTBalaji has a show on Subhash Chandra Bose [in the 2017 miniseries Bose: Dead/Alive], they are trying to attract the Bengali audience and bring them on their platform,” he notes, adding to his earlier views about how streaming services use localised content as ‘a hook'. “Then they are introducing them to their whole library. Localised market might be niche but it's an important game play, as it helps them with on boarding new members.”

Papavassilopoulos concurrs and says that is one big difference in Netflix and Amazon's approach, with the latter also interested in regional content, while Netflix is content with English and Hindi-speaking audiences. He believes that India will see regional-focused streaming services that “will carve out a niche audience in their regional markets”, which will naturally be smaller in market share and money spent.

“In the next few years, India will be one of the most interesting markets for [over-the-top market],” he adds. “And since India is offering size — this is very important — that will allow local players to experiment.” 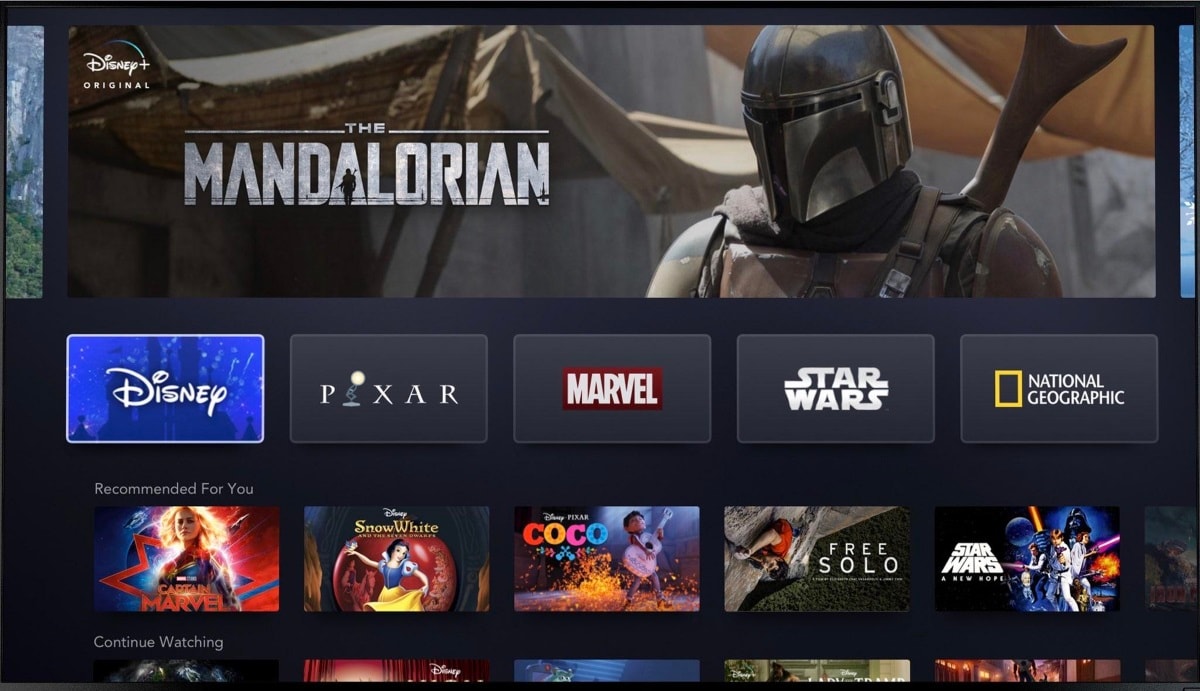 A preview of the Disney+ interface
Photo Credit: Disney

The potential size of India's online entertainment business means it will allow several streaming services to co-exist, with the industry being in the growth phase for the next few years. Overall media consumption in India, in terms of hours, is still two-thirds of China and one-third of the US after all, per the BCG-CII report.

“Their primary target is not making profits, but creating the market first”, Bhatia says, which means that they will be happy to spend more than they are earning as long as their customer base is growing. Papavassilopoulos thinks that the smaller players in India will eventually feel the pressure — we might see mergers such as Dish TV-Videocon d2h in pay TV or Vodafone-Idea in the telecom business — and the big will just get bigger.

That's already happening for some. Hotstar, a subsidiary of Star India, is now owned by Disney, which completed its acquisition of Rupert Murdoch's Twentieth Century Fox empire in March. “My understanding is that Disney is putting a lot of focus and emphasis now on the Star India business,” Papavassilopoulos says, noting how the CEO of Star India, Uday Shankar, will serve as the head of Disney Asia Pacific under the new joint Disney-Fox umbrella.

It's unclear how Disney's own upcoming streaming service, Disney+, due to launch in the US in November, will impact Hotstar in India. The announcement of Hotstar Specials suggests it will run as its own thing even if Disney+ were to make it to India in a few years, as Disney has suggested. Although a Mint report earlier in April claimed that the Disney+ originals would be streamed on Hotstar.

Disney is one of two big international names that is set to make its foray into the original content world this year, alongside Apple, which has greenlit nearly two dozen American series — and has an India-set production in Gregory David Roberts' Shantaram in development — and is set to launch this autumn in over 100 countries, including India.

Reliance Jio's push into original content, with the first of its shows reportedly due to roll out in mid-2019, presents a slightly similar scenario. Jio's parent company, Mukesh Ambani-run Reliance Industries, also owns Voot through its other subsidiary Network 18, which has a controlling stake in Viacom 18.

Jio is also looking to set up its own production house, while it's gotten majority stakes in cable and direct-to-home players DEN Networks and Hathway Cable. Papavassilopoulos thinks that is another interesting facet of the Indian streaming service market, in that Reliance will essentially have a direct pipeline to the consumer. Some such as Eros International, which owns Eros Now, already have creative control in place.

“They are content producers themselves, [and] they are content aggregators,” he adds. “They can easily make deals with Netflix or Amazon tomorrow for co-production or distribution agreements. By controlling the chain, they have more at stake with the growth of the market.”