Guardians of the Galaxy Vol. 2, American Gods, Prey, and More – The Weekend Chill 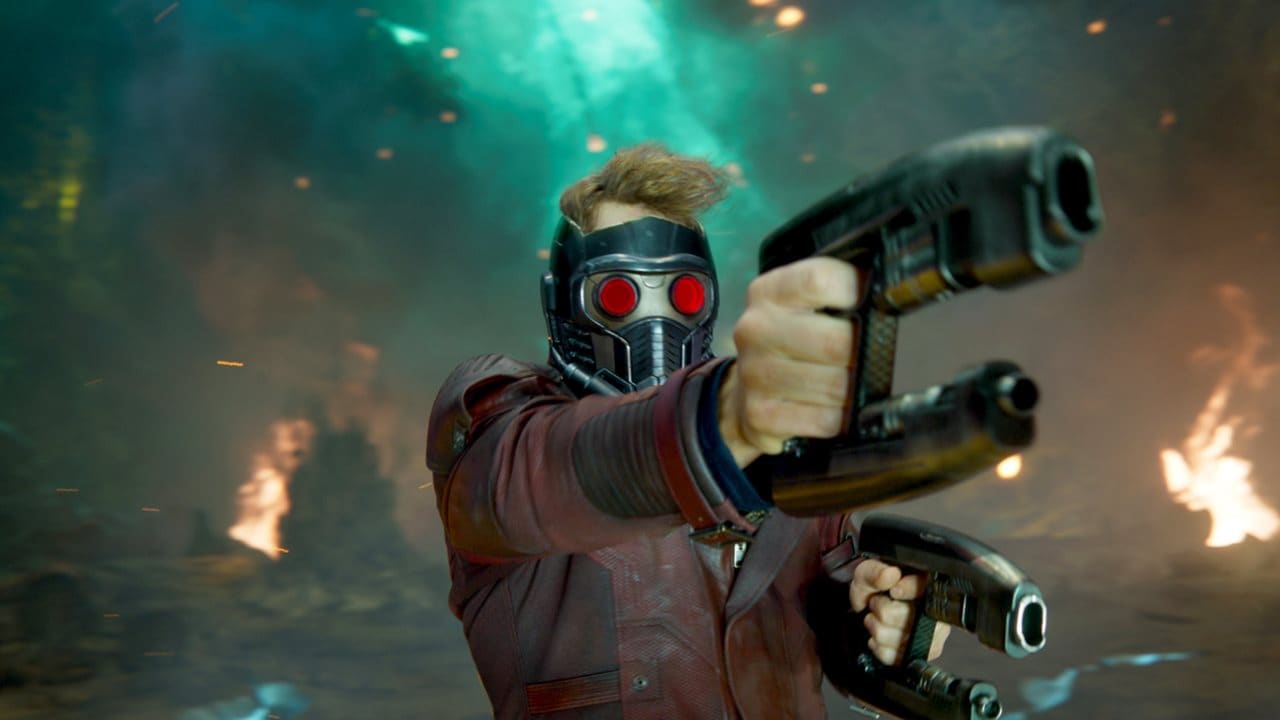 Over the weekend, a hacker operating under the name of The Dark Overload gained access to the upcoming fifth season of Orange is the New Black, by way of a small post-production studio that suffered a breach. When Netflix refused to pay the ransom, the episodes were leaked on torrent sites across the web.

With the release of Wonder Woman less than a month away, Warner Bros. released a bunch of new stills on Monday, both in front of and behind the camera, featuring Gal Gadot, Chris Pine, Saïd Taghmaoui, and director Patty Jenkins. Alongside, the studio also treated fans to some more TV spots.

On Wednesday, the first trailer for Stephen King’s The Dark Tower movie finally arrived, after production delays, and a release date push. Idris Elba and Matthew McConaughey are the main star attractions, with debutant Tom Taylor serving as the audience surrogate. The Dark Tower releases August 4.

Later the same day, Netflix dropped the first trailer for its superhero get-together Marvel’s The Defenders, which brings together the four New York street-level vigilantes: Daredevil, Jessica Jones, Luke Cage, and Iron Fist. They will face the villain character played by Sigourney Weaver. The Defenders premieres globally on August 18.

Also on Wednesday, Hulu announced a second season for its critically-acclaimed dystopian drama The Handmaid’s Tale. The streaming service also gave a straight-to-series order for Marvel’s Runaways, which features six teenagers rebelling against their parents, and Mars-mission drama The First, from the creator of House of Cards.

Twin Peaks returns to air later this month after 25 years, so Showtime has finally seen fit to hand the show a teaser that has some new footage. It provides brief glimpses of some familiar cast members, and a single word of dialogue, uttered in hushed tones. Twin Peaks starts May 21, and we still don’t have a proper trailer. What more can you expect from the mysterious David Lynch?

The great Hayao Miyazaki has given us on-screen moments to cherish, and he’s currently working on his next feature, Boro the Caterpillar, which brought him out of retirement. Japanese broadcaster NHK has an upcoming documentary called Never-Ending Man: Hayao Miyazaki, which tells of his newfound interest in CGI animation, and making of the new film. Here’s the first trailer for the doc.

TV:
American Gods
Based on Neil Gaiman’s multiple award-winning book that brings together Americana, fantasy, and ancient and modern mythology, American Gods tells the story of a war brewing between Old Gods and New Gods, as the former fear irrelevance with their believers dying off or being seduced by the money, technology, and fame offered by the latter.

The story is told through the viewpoint of Shadow Moon (Ricky Whittle), an ex-con who becomes bodyguard for conman Mr. Wednesday (Ian McShane), even as Shadow reels from the recent death of his wife. But his employer isn’t a regular fella, as he will find out on a cross-country road trip they soon embark on.

Created by Byran Fuller (Hannibal) and Michael Green (Blade Runner 2049), with Gaiman serving as executive producer, the show brings the meticulous visual style that Fuller developed during his Hannibal years. And thanks to Gaiman’s book – which brings in supernatural elements by the minute – American Gods gets to be adventurous, trippy, and alway visually rich.

Sense8
The Wachowski siblings – along with J. Michael Straczynski – created the sci-fi drama for Netflix in 2015. The first season, and a two-hour Christmas special airing late last year, have been well received for exploring a variety of themes – be it identity, sexuality, gender, and religion – presentation of LGBT characters, and its use of real-world locations as integral part of the story.

Sense8 is a play of words on sensate, which in the show’s context means people who are mentally and emotionally linked to one another. The show’s second season picks up where the first left off, with the eight sensates on the run. It’s also the first time the Wachowskis haven’t worked together, with Lilly taking a break from film-making after her transition as a trans woman.

Early reviews say that season two, available Friday on the service, continues being one of Netflix’s most visually interesting series, and answers big questions fans had at the end of last season.

There’s the mystery of Quill’s father, played by Kurt Russell; Rocket’s antics invite the wrath of the Sovereign race, led by their leader Ayesha (Elizabeth Debicki); and the Ravagers are after them too, adding to the chaos.

Owing to so many different threads, the film suffers from an over-stuffed script, that has no time to dwell on moments because it has so much more to show. For what it’s worth, director James Gunn does deliver a satisfying emotional pay-off towards the end, which is bound to bring most viewers to the verge of tears.

In line with Gunn’s policy to drive films with a pulsating classic rock soundtrack, Guardians of the Galaxy Vol. 2 has its own tape, called ‘Awesome Mixtape Vol.2’. The film has its share of big action set-pieces, irreverent jokes, black humour, and straight-up adorableness.

How to access: Out in cinema halls
Time commitment: 2 hours and 16 minutes

The Red Turtle
A first international co-production between Studio Ghibli and Wild Bunch, The Red Turtle is a wordless, animated fable about a man stranded on an island. Co-written and directed by Michaël Dudok de Wit (who was personally appointed by the great Hayao Miyazaki), the film won the Special Jury Prize at last year’s Cannes Film Festival, and was nominated at the Oscars.

Desperate to leave, the man constructs a bamboo raft, but is thwarted repeatedly by a giant, red turtle. While it might appear to have a simple story on the surface, the film conveys some beautiful messages about life, without ever uttering a single word through narration or dialogue. Plus, it has some lovely visuals to boot.

Though The Red Turtle never had a wide release in India, it did screen at the Mumbai Film Festival late last year. If you get it on Blu-ray, you can enjoy a commentary track, and drawing demonstration by the writer-director, and an hour-long making-of featurette.

How to access: Amazon US, Amazon Video US, iTunes US, Google Play Movies, or Microsoft Store
Time commitment: 1 hour and 20 minutes

The Salesman
Winner of this year’s Best Foreign Language Film award at the Oscars, Iranian writer-director Asghar Farhadi chose not to attend the ceremony in protest of President Trump’s “Muslim ban”. It was his second win at the Oscars, after A Separation picked up the same award in 2011. The film also picked up two awards at the Cannes, and was part of Mumbai Film Festival, as well.

Critics haven’t showered the same amount of praise on Farhadi’s latest work, though, putting it a step below his previous films. The Salesman takes its name from Arthur Miller’s play Death of a Salesman, which is performed by a young married couple – Emad (Shahab Hosseini), and Rana (Taraneh Alidoosti) – the story follows.

Forced to move into a new apartment after their old flat becomes damaged, an incident linked to the previous tenant dramatically changes their life, and their relationship. The film’s Blu-ray, now available, also comes with an interview with Farhadi.

How to access: Amazon US, Amazon Video US, iTunes US, or Google Play Movies
Time commitment: 2 hours and 5 minutes

Video games:
Prey
After a sequel to Prey (2006) fell into development hell and never materialised, Bethesda took over the intellectual property in 2014, and gave it to Arkane Studios. That’s not the same people behind November’s Dishonored 2, which was developed by the French team in Lyon, but rather their American division in Austin. A first-person action-adventure title, Prey (2017) takes place in an alternate reality where US President John F. Kennedy survived his assassination attempt.

One thing led to another, and humans dramatically increased their investment into space, which attracted an alien race called the Typhon. That was back in the 1960s, and when the game begins in 2030s, a private corporation has taken control over a space station orbiting the moon, called Talos I, which has kept aliens in prisons for decades.

Naturally, with a horror game of this nature, the aliens are on the loose and out to hunt you. Prey is reminiscent of System Shock, and Deus Ex, and it boasts of a strong story, and great level design. And then there’s ‘neuromods’, which allow you to have superhuman abilities.

How to access: PlayStation 4, Xbox One, and Steam for Windows PCs
Time commitment: 20 hours