Gravity Rush 2, The Founder, and More - The Weekend Chill 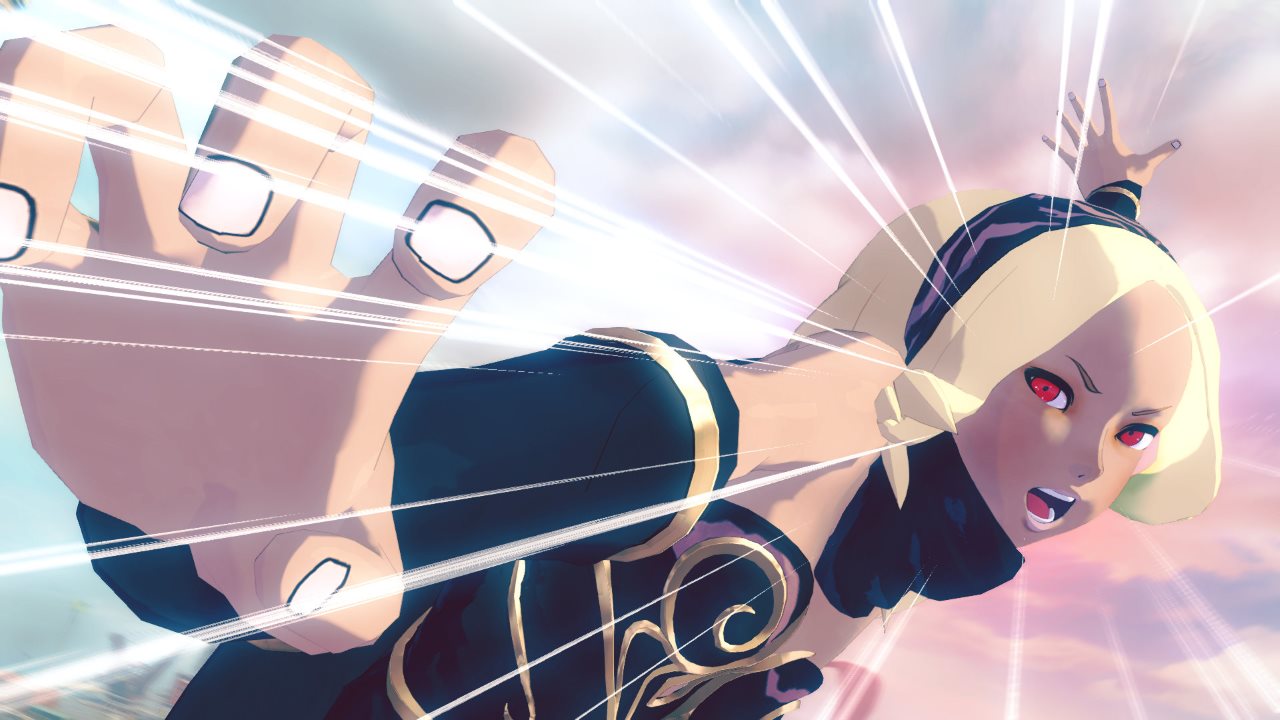 Over the weekend, we learnt that Late Late Show host James Corden – more widely known for his Carpool Karaoke videos – had joined the cast of Ocean’s Eight, an all-female led spin-off of Ocean’s Eleven that involves the likes of Cate Blanchett, Anne Hathaway, Rihanna, Helena Bonham Carter, Sandra Bullock, Mindy Kaling, and Sarah Paulson. Damian Lewis plays the villain, and Matt Damon is expected to star in some capacity. The film arrives June 8, 2018.

James Cameron and AMC will collaborate on a new documentary series that will explore the history and evolution of science fiction as a genre. It’s currently titled James Cameron’s Story of Science Fiction, but hopefully we’ll have a better title by time of release in 2018. The six episodes in the series will each be hour-long, and look at a variety of themes – understand how the books and films came to be, where the genre itself is headed, and how that can serve as an indicator for humanity’s own future.

Thanks to EW, we now have the first look at what Marvel’s The Defenders will look like. The show is slated for a summer 2017 release, and if you’re interested, you should definitely check out the interviews with the cast – Charlie Cox (Daredevil), Krysten Ritter (Jessica Jones), Mike Colter (Luke Cage), and Finn Jones (Iron Fist) – and showrunner Marco Ramirez.

Jerry Seinfeld is moving to Netflix with his web series, Comedians in Cars Getting Coffee. As part of the deal, Seinfeld will also make two stand-up specials, and contribute to development of future programming.

Sony announced a new Spider-Man movie this week, but it stands outside the Marvel Cinematic Universe. This will be animated take on the popular hero, and will instead focus on Miles Morales, not Peter Parker. Bob Persichetti and Peter Ramsey will direct the untitled movie, which will release on December 21, 2018.

A second trailer for Logan, reportedly Hugh Jackman’s last portrayal of Wolverine, also arrived this week. The focus seems to be on X-23, a young Wolverine clone as most assume, with story influenced by the Old Man Logan comic arc. The film is also going for a Western feel, as you can see for yourself.

Amazon Studios and BBC Worldwide have greenlit an hour-long comedy series based on Good Omens, written by Neil Gaiman and Terry Pratchett. Gaiman will write and serve as showrunner, with the show set to debut in 2018. Amazon will make it available around the world on its Prime Video service, and BBC will also air it in the UK.

Warner Bros. has decided to add another film to its already heavy DC Extended Universe line-up. Dwayne Johnson, who was set to play the role of Black Adam in 2019’s Shazam, will now have his own standalone adventure. There is no word on release.

That’s all the entertainment news this week. Welcome back to The Weekend Chill, and here are the top picks for the days ahead of you:

TV:
Baskets
Baskets has nothing to do with shopping, but is instead the last name of twin brothers Chip and Dale, both played by co-creator Zach Galifianakis. The show’s bigger focus is on the former Chip, who has “hopes and dreams” of being a professional clown in Paris, but must return to his hometown in California after failing to be accepted at a prestigious clowning school in the French capital.

Life back in the US isn’t great for Chip though – he’s stuck in a job at a local rodeo that doesn’t pay well, his French wife – Penelope (Sabina Sciubba) – only married him to become a permanent resident in America. Martha Kelly plays Chip’s only friend, and Louie Anderson is mother to the twins.

The show originated as part of Louis CK’s deal with FX to create new shows for their networks, with a first season of 10 episodes getting the greenlight last year. It was received well by most critics, and even won Anderson an Emmy for his performance. A second season that began Thursday finds Chip trying to escape Bakersfield after a series of misfortunes.

How to access: Hotstar, or Star World Premiere, Friday at 10pm
Time commitment: 30 minutes, each week

Man Seeking Woman
FX’s comedy centres on Josh Greenberg (Jay Baruchel), a naïve soft-spoken man in his 20s, who struggles finding love after a break-up with his long-time girlfriend, Maggie (Maya Erskine). Thus, Greenberg regularly finds himself in surreal situations and awkward circumstances. Helping him in this mission is his protective and caring older sister Liz (Britt Lower), who wants him to enter a serious relationship, while his best friend Mike (Eric André) just wants him to have fun (read sex).

Most episodes of Man Seeking Woman revolve around relatable relationship conflicts, the struggles of getting into one or maintaining them, which are then peppered with absurdities to generate humour, such as Greenberg misplacing his penis, or going on an actual date with a troll (not the Internet kind).

The show has gradually improved since its premiere back in 2015, and the third season – which began earlier this month – brings a new extended love interest in Greenberg’s life, in the form of Lucy (Katie Findlay).

How to access: Hotstar
Time commitment: 30 minutes, each week

Movies:
The Founder
The Founder is the story of McDonald’s, or rather the story of its acquisition by Ray Kroc (Michael Keaton). A struggling salesman from Illinois, Kroc meets Richard and Maurice McDonald, two brothers running a burger joint in 1950s Southern California. Impressed by their emphasis on speed, Kroc thinks there’s franchise potential, and then starts to come up with ways to pull the company from the McDonald brothers.

The rest, as they say, is of course history. McDonald’s remains one of the most well-known brands around the world, but The Founder doesn’t delve into how that happened – but its roots. Robert D. Siegel (The Wrestler) wrote the script, with John Lee Hancock (Saving Mr. Banks) in the role of the director.

Starring alongside Keaton are Laura Dern, who plays Kroc’s first wife Ethel, and Nick Offerman, and John Carroll Lynch, who star as the McDonald brothers.

How to access: Out in cinema halls
Time commitment: 1 hour and 55 minutes

Long Way North (Tout en haut du monde)
A French-Danish co-production, Long Way North is the story of a young girl named Sacha, who belongs to the Russian aristocracy in the late 19th century. For Sacha, the Great North – the area surrounding the North Pole – is a call for adventure, but it also brings her pain in the unknown fate of her grandfather, a scientist and explorer who never returned from his journey to the frigid lands.

Unfortunately for Sacha, her parents have already arranged a marriage for their daughter (this is 19th-century Russia after all), and refuse to allow her to travel. Sacha does what rebellious protagonists always do in films – she flees, and starts towards the North Pole in search of adventure, and her grandad.

Rémi Chayé makes his directorial debut with the animated film, which first made a splash at the 2015 Annecy Animated Film Festival.

How to access: Amazon Video US, Amazon US, iTunes US, Google Play Store, YouTube, or Microsoft Store
Time commitment: 1 hour and 21 minutes

Video games:
Gravity Rush 2
As you can probably tell, Gravity Rush 2 is a sequel. It carries over the gravity manipulating abilities from the first game, which allowed players to move Kat and navigate the environment in a unique fashion, and expands on them to include two new styles – Lunar, that increases Kat’s speed and her ability to jump higher; and Jupiter, that makes Kat heavier, giving her attacks more impact.

Also new to the game is the option to chat with the city of Hekseville’s inhabitants, and destructible environments. The game is also three times longer than the original, and the map about 2.5 times bigger than its predecessor. Gravity Rush 2 will pick up where the first one left off, with the city undergoing reconstruction after the incident caused by the mayor.

The game has received favourable reviews from most critics, who have praised the art direction, soundtrack, and combat system to make for an engrossing entry. In a change of launch approach, Gravity Rush 2 directly comes onto the PS4, unlike the original that embraced the Vita before getting a wonderful remaster on the home console.

Music:
I See You by The xx
Winners of the coveted Mercury Prize, The xx burst onto the scene in 2009 with their debut album, xx, which featured on the #1 spot on various end of the year lists. Songs from the album have featured prominently across a whole range of entertainment spectrum, from episodes of Top Gear to football games in UEFA Euro 2012 and 2016, and even the BBC during coverage of an election.

The newest album, their third – called I See You – comes on the heels of Jamie Smith’s solo debut effort, In Colour, which was itself regarded as one of the best albums around its release. Owing to that record’s commercial and critical success, I See You brings a brighter tone to its tunes, but still carries what made The xx stand out from others in the alternative space – the intimacy, and the well-constructed pieces.

The highlights of the album include Say Something Loving, and On Hold.