A still from Godzilla: King of the Monsters

Out next week, Godzilla: King of the Monsters — stylised as Godzilla II: King of the Monsters in India and a few other countries — serves as a sequel to the 2014 eponymous reboot and is centred on the titular giant beast Godzilla going up against other giant beasts, collectively dubbed Titans: the moth / butterfly-like Mothra, the pterosaur Rodan, and the three-headed Ghidorah. The film's director, Michael Dougherty (Krampus), has revealed that Godzilla: King of the Monsters will also feature more, original monsters. Of course, humans are around as well in the Godzilla sequel, who have devised a machine in the intervening years that can communicate with the Titans and possibly even control them.

Godzilla: King of the Monsters is also part of Legendary Pictures' so-called MonsterVerse, a shared film universe that encompasses both Godzilla and King Kong, the latter of which got its own reboot in 2017, starring the likes of Tom Hiddleston, Samuel L. Jackson, Brie Larson, and John Goodman. None of those stars are present in the new Godzilla movie, because Kong: Skull Island was set in the 1970s, while Godzilla: King of the Monsters is set in present-day like its predecessor. That said, no one from the 2014 original has a part in the sequel, with the only human connect being the crypto-zoological agency Monarch that has been studying these giant monsters for decades.

With an estimated budget of $200 million (about Rs. 1,388 crores), Godzilla: King of the Monsters is easily one of the biggest movies of 2019. Here's everything you need to know about the latest Godzilla movie, including release date, cast, plot, trailer, and more.

Those in in Belgium, Finland, France, Indonesia, South Korea, Sweden, and the UK will be the first to see Godzilla: King of the Monsters starting Wednesday, May 29.

The Godzilla sequel will open Friday, May 31 in the US, Bulgaria, Cambodia, China, Estonia, Japan, Mexico, Norway, Romania, Sri Lanka, Turkey, and Vietnam. Those in Spain will have to wait till June 21 for the release of Godzilla: King of the Monsters.

Godzilla: King of the Monsters cast

Aside from the aforementioned giant beasts, Godzilla II: King of the Monsters also has a fair number of humans in its cast. There's the Russell family at its core: Kyle Chandler (Friday Night Lights) as Dr. Mark Russell, an animal behaviour and communication specialist who used to work for Monarch, Vera Farmiga (Bates Motel) as Dr. Emma Russell, Mark's ex-wife and a paleo-biologist working for Monarch who used to be an environmental activist, and Millie Bobby Brown (Stranger Things) as Madison Russell, Emma and Mark's teenage daughter who is also gifted in science like her parents. 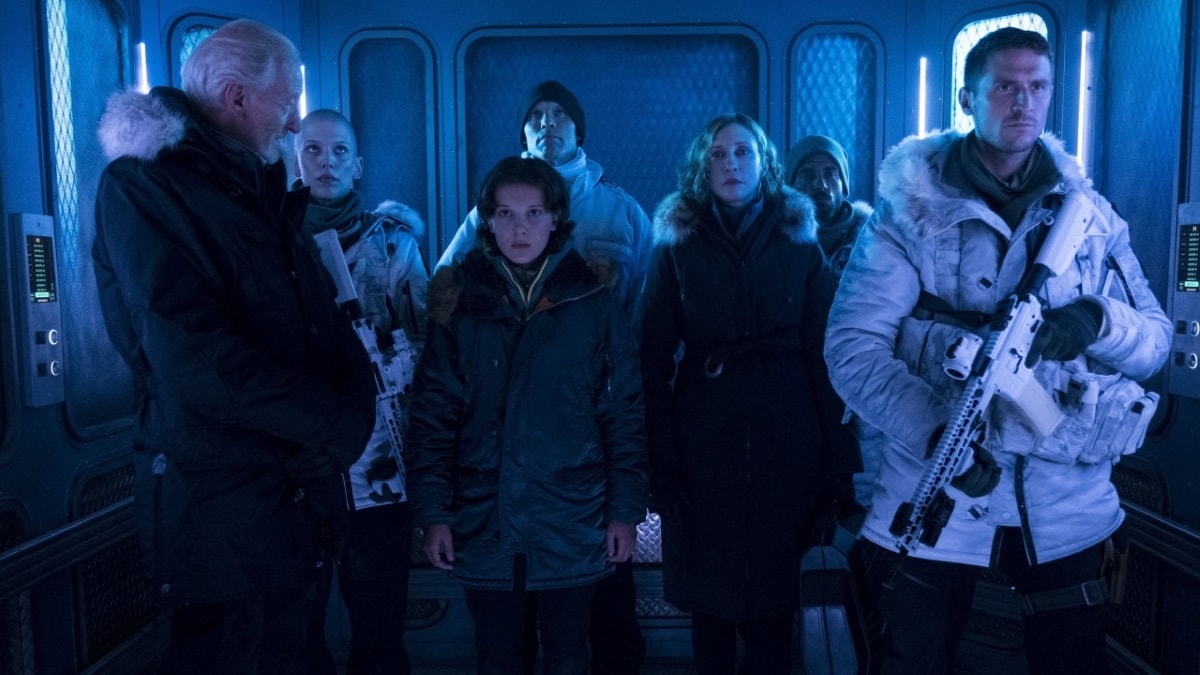 Then you have Bradley Whitford (The West Wing) as Dr. Rick Stanton, a crypto-sonographer working for Monarch. The character is reportedly “loosely modelled” after Rick Sanchez from Rick and Morty. Charles Dance (Game of Thrones) plays the film's main villain, Colonel Jonah Alan, who served in the British Army and the MI:6. He's now the leader of an eco-terrorist paramilitary group that is after Titan DNA. Godzilla: King of the Monsters also stars Thomas Middleditch (Silicon Valley) as Dr. Sam Coleman, Monarch's director of technology who liaisons with the US government.

Three actors from the 2014 reboot Godzilla reprise their roles in the sequel. That includes Ken Watanabe (Inception) as Dr. Ishirō Serizawa, a scientist working for Monarch who is seen as the de-facto leader because his father was one of Monarch's co-founders, Sally Hawkins (The Shape of Water) as Dr. Vivienne Graham, a paleo-zoologist working for Monarch as Serizawa's right-hand woman, and David Strathairn (The Bourne Ultimatum) as Admiral William Stenz, who serves in the US Navy.

That leaves Aisha Hinds (9-1-1) as Colonel Diane Foster, now the leader of the G-Team, a special military forces group run by Monarch which handles combat situations involving Titans. O'Shea Jackson Jr. (Straight Outta Compton) plays Jackson Barnes, a member of the G-Team. And lastly, Zhang Ziyi (Crouching Tigger, Hidden Dragon) stars as Dr. Ilene Chen, a mythologist who works for Monarch and helps connect the dots for Titans' origins with legends and stories from mankind's past.

Godzilla: King of the Monsters plot

Mark (Chandler) and Emma (Farmiga) are the co-inventors of that aforementioned machine that can talk to the Titans, known as the Orca. A mysterious organisation, led by Alan (Dance), interested in the technology's potential decides to kidnap Emma and her daughter Madison (Brown) to gain control of the Orca, which prompts her ex-husband Mark to launch a rescue operation with the help of Monarch scientists Graham (Hawkins) and Serizawa (Watanabe). All of them, and the rest of humanity, are subsequently caught in the middle of a battle between the Titans.

Godzilla: King of the Monsters trailer

Warner Bros. released the first trailer for Godzilla: King of the Monsters at San Diego Comic-Con in July last year, which set up the film's premise and introduced the central cast, and was set to a rearrangement of Claude Debussy's “Clair de Lune”. A second trailer followed in December, giving us a further peek at the kaiju fest in store.

A TV spot, titled Beautiful, was released towards the end of March, with a final trailer (above) arriving in April. Both were set to a new rendition of “Over the Rainbow” by Bryce Miller. Warner Bros. also showcased a five-minute preview of Godzilla II: King of the Monsters in front of Pokemon: Detective Pikachu screenings in India.

Godzilla: King of the Monsters review

The review embargo for Godzilla: King of the Monsters will reportedly be lifted on Tuesday, May 28.

What's the future of the MonsterVerse?

Though there was a five-year gap between the Godzilla reboot and the sequel, you won't have to wait too long for the next chapter in the life of the monster. Warner Bros. and director Adam Wingard (You're Next) have already wrapped filming on Godzilla vs. Kong, which will bring together the two titular beasts in March 2020.

Further reading: Godzilla, Godzilla King of the Monsters, Warner Bros, Legendary Pictures, MonsterVerse, Godzilla vs Kong
Akhil Arora Email Akhil
Akhil Arora covers entertainment for Gadgets 360, interviewing stars such as Christian Bale and Anurag Kashyap, covering series premieres, product and service launches across the globe, and looking at American blockbusters and Indian dramas from a global socio-political and feminist perspective. As a Rotten Tomatoes-certified film critic, Akhil has reviewed over 150 movies and TV shows in over half a decade at Gadgets 360. When he is not completely caught up with new film and TV releases, Akhil ...More
Chinese Man Guilty of Defrauding Apple Out of 1,500 iPhones
Amazon Shareholders Reject Facial Recognition, Climate Change Proposals