Janhvi Kapoor on Her Netflix’s Ghost Stories Character: I Relate to Her Pain and Use of Sexuality

And why she loved working with Zoya Akhtar. 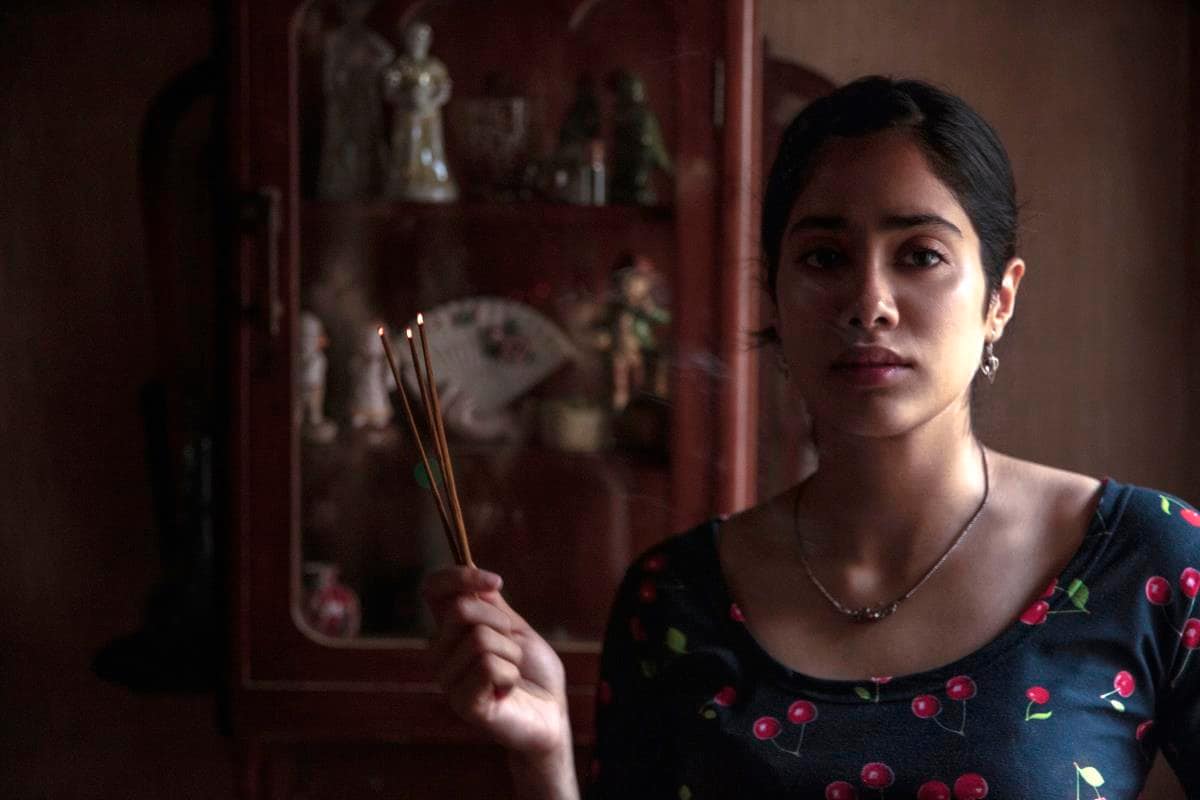 Nearly a year and a half since her Bollywood debut, Janhvi Kapoor returns to the screen next week on New Year's Day with Ghost Stories, a Netflix horror anthology film from directors Anurag Kashyap, Dibakar Banerjee, Karan Johar, and Zoya Akhtar. Kapoor stars in Akhtar's segment and plays a substitute in-home nurse called Sameera, who is tasked with taking care of an elderly woman, played by Surekha Sikri (Badhaai Ho). But that's just the surface, naturally.

“[I could relate to Sameera in] that she feels a lot of pain,” Kapoor told Gadgets 360 last Friday. The 22-year-old lost her mother, the legendary actress Sridevi, in early 2018. “That sounds morbid. But I think also that she relies on her sexuality to conceal a lot of internal issues.”

In a prepared statement, Akhtar said: “I wanted to tell a story that would be otherworldly but also make me understand my own feelings towards certain truths. I decided to thematically work with fears I have. Fear of aging, fear of abandonment, and of course — the fear of death. I have attempted to make these themes play out through women and how they experience them.”

The big draw for Kapoor was getting to work with Akhtar, whom she describes as very thorough, helpful, clear, and specific. Kapoor added: “She gave me a five-page backstory. We had a lot of discussions about Sameera, where she came from, and what she wants.

“Like, the way Sameera talks. Now none of this is in the film, but she's an orphan kid who has been raised by sisters, these typical Kannadiga sisters, who have that slight way of speaking Hindi without a South Indian accent. Sameera has probably heard that all her life so that's her way of speaking. It's not as polished, her Hindi. So, specific things like that I think helped make Sameera.”

Akhtar said she has a love-hate relationship with the horror genre, and she's attracted to those “where the pathos lingered longer than the scares”. Kapoor echoed her director's words and noted that their portion of Ghost Stories isn't a “conventional jump scare trope-y kind of horror”. That meant they could use a lot of long takes, she added, “which is a dream for any actor because it keeps you in the moment.”

For Kapoor, Ghost Stories will kick off a new year that's quite opposite to her blank 2019. In March 2020, there's Gunjan Saxena: The Kargil Girl — produced by Johar — in which Kapoor plays the titular woman, one of the first female fighter pilots in the Kargil War. And a month later, Kapoor will be seen in a dual role in horror comedy Rooh-Afza — a Jio Studios release — alongside Rajkummar Rao (Shahid) and Varun Sharma (Fukrey).

“I shot [Ghost Stories] in the one-week break I had between those films,” Kapoor added. “And those films were getting very intense and hectic, so this was actually my holiday from those films. [Not to say this wasn't] equally intense, but it's just when you live with the character for so long, you get a little emotionally drained. And for me, holidays don't work. Being on set is a holiday for me. This was good like, ‘I just want to be someone else,' and then come back refreshed.”

And that might not be it for Kapoor in 2020. She's currently busy filming Dostana 2, a sequel to the 2008 original that also stars Kartik Aaryan (Luka Chuppi) and Lakshya (Porus). Kapoor is also part of Takht — which begins filming in 2020 — Johar's next directorial feature set in the Mughal Era, alongside Vicky Kaushal, Ranveer Singh, Kareena Kapoor, Alia Bhatt, and Anil Kapoor.

Ghost Stories is out January 1, 2020 at 12am IST on Netflix worldwide.

Solar Eclipse 2019: How to Safely Watch the Surya Grahan Live Today
Karan Johar on Netflix’s Ghost Stories: ‘I Dug My Own Grave’