Game of Thrones Is Over, but These 10 GoT-Like Shows Will Keep You Company

From Lord of the Rings to Battlestar Galactica. 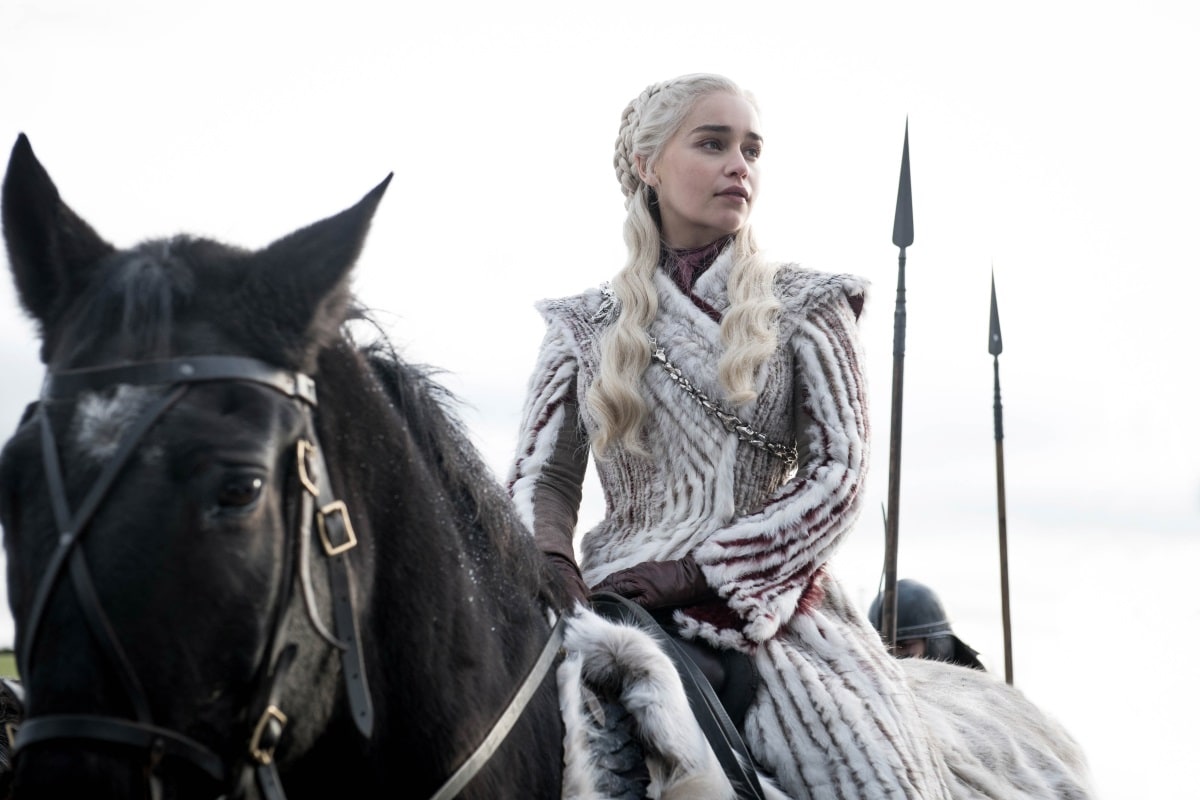 Emilia Clarke as Daenerys Targaryen in Game of Thrones

Valar morghulis. All men must die, and so must all TV shows. Game of Thrones is done and dusted, and it's not coming back — at least not until Hollywood decides to remake it. Give them a decade or two. Until then, if you're looking for a replacement, don't. No other series has replicated the potent mix of grandeur, character storytelling, and political intrigue like Game of Thrones did for over half a dozen years. Otherwise we would all be talking about it instead. That said, there are several shows out there that are similar to the HBO epic, and others trying to be the next Game of Thrones. Good luck to the latter ones, it won't happen.

Here are five shows in the works, and five shows currently available, that are similar to Game of Thrones in one or more ways.

GoT-like shows in the works

Not content with letting everyone else attempt to be the next Game of Thrones, HBO has three spinoffs in the works, one of which — starring Naomi Watts and from Jane Goldman (Kingsman: The Secret Service) — is set thousands of years ago and will likely premiere sometime next year.

Lord of the Rings prequel

Amazon paid through its nose in late 2017 to get the rights to J.R.R. Tolkien's epic, which has a five-season commitment and will be set hundreds or thousands of years before The Fellowship of the Ring. Amazon hopes to premiere it in 2021.

Well, this isn't just going to be a series. Lionsgate, which has the rights to the unfinished book trilogy by Patrick Rothfuss, is interested in making a film and a TV show. For the latter, it has tapped Lin-Manuel Miranda to compose the music. No air date yet, but it will air on Showtime in the US. Moreover, the TV show will be a prequel to the books, while the films will be a straight adaptation.

The Wheel of Time

Sony Pictures and Amazon are working together to adapt Robert Jordan's high fantasy novels, which consist of fourteen volumes: 11 written by Jordan prior to his death, and three by acclaimed fantasy author Brandon Sanderson. Production is set to begin this autumn, reportedly.

Henry Cavill will star in the lead for Netflix's fantasy drama based on Andrzej Sapkowski's eponymous book series, which has already spawned a famous video game series. It's set to premiere later this year in the autumn, so that's not too long a wait, is it.

Henry Cavill as Geralt of Rivia in The Witcher
Photo Credit: Netflix

David Simon's seminal work is nothing like Game of Thrones in terms of visuals and setting, but it comes closest in showcasing how institutions affect the behaviour of individuals. And oh, like Thrones, none of your favourite characters are ever safe.

A space opera instead of a historical one, Battlestar Galactica has an ensemble and expansive universe just like Game of Thrones, which is filled with characters in various shades of grey. Those you might think to be the ‘bad guys' don't fit in such neat boxes.

If you're looking for another rich historical drama that depicts the corruption of power and power struggles, Rome — which features several well-known historical figures of Ancient Rome — is the right kind of show for you. Unfortunately got cancelled into its second season.

Inspired by mythology and tales, this medieval era-series has the blood and gore to match Game of Thrones, though it does lack the intrigue and the complexity that the HBO show a hit. Will air its final season later this year, most likely, so you can catch up if you like.

No other show on this list comes closest in terms of narrative parallels, given the second season of this series dealt with the Wars of the Roses, the very thing that George R.R. Martin used as inspiration for the Stark-Lannister feud. And it stars Benedict Cumberbatch, so there's that.

Further reading: Game of Thrones, Lord of the Rings, LOTR, The Kingkiller Chronicle, The Wheel of Time, The Witcher, The Wire, Battlestar Galactica, Rome, Vikings, The Hollow Crown

'Boycott Apple' Movement Grows in China as US Goes After Huawei: Report