GoT spoilers ahead, one last time.

Game of Thrones season 8 has been full of mistakes — and it's been rightly criticised in recent weeks — but the HBO epic still managed to deliver a poignant series finale, thanks to the emotional connection audiences have forged with the characters over the years. Game of Thrones season 8 episode 6 “The Iron Throne” delivered a satisfying end for many of them, though it was triumphal for some and a tad bittersweet for others, as author George R.R. Martin had proclaimed so all those years ago. Game of Thrones finale largely went according to expectations, though it did deliver a couple of unexpected moments, which included an improvement on one that had irked fans not so long ago.

Game of Thrones season 8 episode 6, “The Iron Throne” spoilers ahead

Given the compressed nature of Game of Thrones season 8, the series finale ended up being two episodes in one. The first part of it had to deal with the aftermath of Daenerys' genocidal attack on King's Landing, with the latter jumping a few weeks in time to set up the epilogue of the show as a whole.

As Daenerys delivered a rousing speech to the gathered Unsullied and Dothraki forces, Jon Snow and Tyrion went to speak with the Dragon Queen about different yet similar matters. It was the Lannister dwarf who made the first move, not mincing his words as he objected to what Daenerys had done. “You slaughtered the city,” he added, after she had accused him of treason for freeing Jaime. Tyrion threw away the Hand pin she had given him at the end of season 6 and immediately became the Queen's prisoner.

Then came the most concrete scene of the first half of Game of Thrones season 8 episode 6, as Jon went to speak with Tyrion. The two discussed death and what Daenerys had done to King's Landing. Jon said he couldn't justify her actions but then he did it anyway as Tyrion pressed him from different directions. The two then talked about nature versus nurture, after Tyrion essentially claimed that it was in Daenerys' DNA to do such a thing. Ultimately, it came down to something Maester Aemon had told Jon: “Love is the death of duty,” to which Tyrion replied: “Duty is the death of love.”

And if there's one thing the Game of Thrones audience knows about Jon, it's that he's always dutiful. Convinced by Tyrion of doing the right thing, Jon went to see Daenerys while she was admiring the Iron Throne. The aunt tried to convince her nephew to join him in freeing the whole of the Known World, as she had proclaimed to her armies not so long ago, and Jon seemed to agree. But he was only going along with it to get close to her, and as they kissed, he stabbed her in the heart. Many had predicted it would fall to Jon to take the life of his former lover, so this was hardly a surprise.

Thankfully for Jon, Daenerys didn't have her any of her Unsullied guards around, but her only remaining dragon, Drogon, could sense that something had happened to her mother. As he landed inside the broken throne room, it felt like Jon's life was at an end but then strangely, Drogon proceeded to melt the Iron Throne and not Jon. It was an incredulous moment, but it likely had something to do with the fact that Drogon has always been able to tell that Jon is a Targaryen and hence, not to be harmed. After all, it let Jon pass at the entrance after glaring at and smelling him. Drogon then picked up Daenerys' body in one of its feet and flew away, which signalled an end to that chapter. 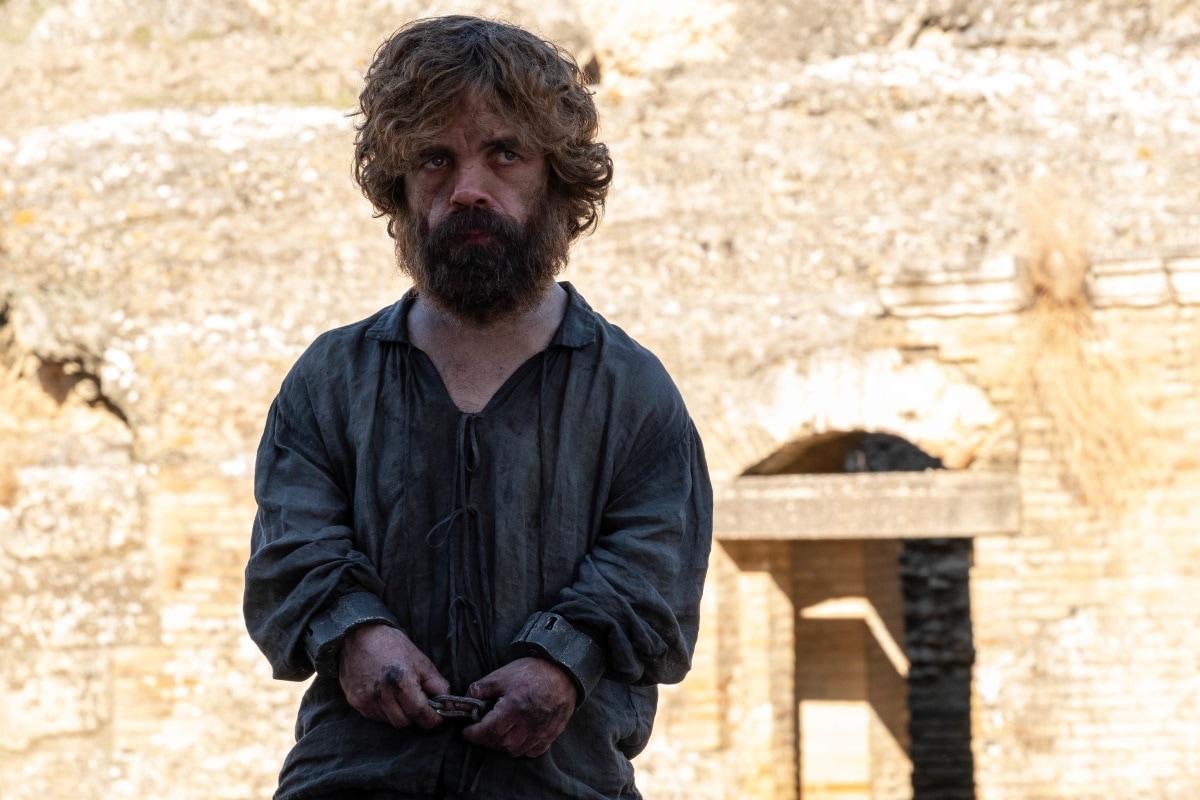 Weeks later, as Tyrion confirmed so, every lord from the Seven Kingdoms and some of the characters we know assembled in the Dragonpit. Grey Worm might have executed the hapless Lannister soldiers, but he still had enough sense to not touch either Tyrion or Jon, given their importance as prisoners. Actually wait, who would go to war for Tyrion? Anyway, after Grey Worm asked the assembled folks to name a new ruler, Tyrion took Game of Thrones into meta territory as he talked about the importance of stories. Not before there were a few funny moments in Edmure Tully trying and failing to set himself up as king, and Samwell Tarly proposing democracy. Oh, the laughs that brought.

Tyrion concluded his speech about stories by noting that Bran the Broken, as he named him, has the best story of all among them. He fell from a tower and survived, he went beyond the Wall as a cripple and became the Three-Eyed Raven. And he is our records-keeper, Tyrion noted, before adding that Bran should be the new ruler. Sansa brought up the fact that Bran couldn't father children, to which Tyrion replied that it was a good thing. Westeros will henceforth choose their rulers. Everyone thought that was well and good, as they agreed to the proposition, but Sansa hesitated and negotiated an independent North. Lord of the Six Kingdoms, Tyrion remarked shortly after, as Bran became king.

In turn, Bran the Broken named Tyrion his new Hand, which shocked the Lannister dwarf — and Grey Worm. He came here as a prisoner of the Unsullied, you guys. Bran notes that fixing the mistakes he has made is his punishment but that didn't satisfy Grey Worm. In the ensuing off-screen negotiation, Jon was given (back) to the Night's Watch, with Tyrion telling him later that he would be safe as long as he held no wife and no lands. Jon was surprised that there was still a Night's Watch, as was the audience. He then wondered if killing Daenerys was the right thing to do.

And you can bet he will still be thinking about that in the years to come. Before he headed back to the Wall, Jon got to meet his family for the last time. Sansa said she was sorry that they couldn't get a better deal for him, but said the North was free, for what's it worth. Jon in turn apologised to Bran for not being there for him when he needed him, to which Bran did a very Bran thing in saying that Jon was where he needed to be. The only new thing that came out of the emotional Stark farewell was Arya surprising everyone by saying she intended to go west of Westeros. Spin-off series, anyone?

The Starks were the mainstay of Game of Thrones' final moments, which all but cemented the fact that they have always been the real heroes of the show, so to speak. Arya is off exploring on a ship with Stark banners, Sansa is hailed as Queen of the North as she takes her rightful place as the eldest and only remaining Stark in Winterfell, while Jon goes North of the Wall with Tormund and the rest of the Free Folk he helped save, who wished to return to where they came from. But not before he petted his direwolf Ghost, which is sure to please everyone given how Jon treated him last.

Shame that couldn't be the only sore point of the final season of the world's biggest TV show.

Game of Thrones season 8 episode 6 is available on Hotstar in India. On TV, it will air Tuesday at 10 pm on Star World.

Further reading: Game of Thrones, Game of Thrones season 8, HBO, Hotstar
Akhil Arora Email Akhil
Akhil Arora covers entertainment for Gadgets 360, interviewing stars such as Christian Bale and Anurag Kashyap, covering series premieres, product and service launches across the globe, and looking at American blockbusters and Indian dramas from a global socio-political and feminist perspective. As a Rotten Tomatoes-certified film critic, Akhil has reviewed over 150 movies and TV shows in over half a decade at Gadgets 360. When he is not completely caught up with new film and TV releases, Akhil ...More
Huawei Ban: Google Said to Suspend Some Business With Chinese Telecom Giant
Huawei Says It Will Not Bow to US Pressure, Claims Growth 'May Slow, but Only Slightly'