Game of Thrones Season 7: Seven Things That We Think Will Happen

Game of Thrones season 7 starts in just a few days now. It's been a while since the show was last on-air, as season 6 ended more than a year ago, and the upcoming season getting a later than usual start, with the first episode airing on July 16 instead of the usual April season premiere.

If you are struggling to recall what happened in the previous season(s), we've put together a comprehensive guide to Game of Thrones story so far that should get you up to speed quickly. There's also been a slow drip of information about the upcoming season, although the fact that we're now fully "off-book" means that few people will actually know what's coming.

Taking all of that into consideration, along with some of the most popular fan-theories, we've come up with this guide of what to expect from Game of Thrones' season 7. Here's what we're looking forward to.

Spoilers from earlier seasons of Game of Thrones follow from here.

1. The Wall will fall
We're headed into the endgame now, and the Wall in the North, which is both an imposing physical barrier, and is also described in the books as a magical barrier to keep the White Walkers out of the Seven Kingdoms is going to have to fall eventually. And while we doubt it's actually going to come crumbling down - though admit it, that would look so cool - it's likely that it's going to at least fail as protection from the Walkers. 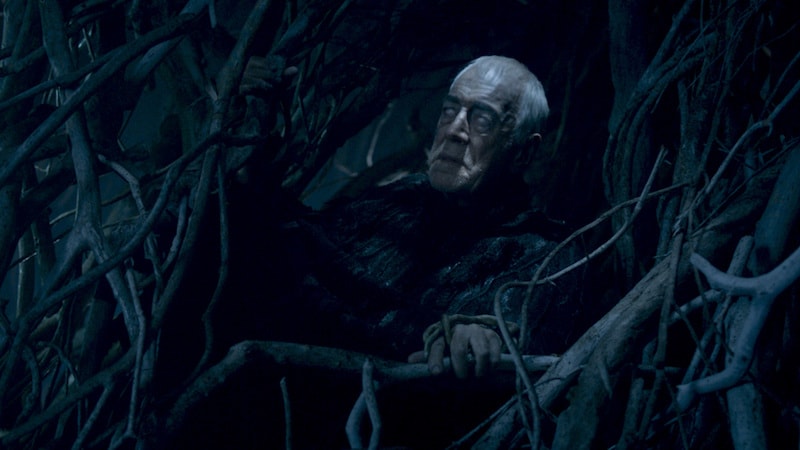 One theory on how that works ties in to Bran, whom we see back to the South of the Wall in the trailers. The Three-Eyed-Raven (the man with a tree going through him who taught Bran how to use his magic, remember?) had been safe from the Walkers and their zombie-like minions, the wights, in a shelter with the Children of the Forest (the small, green, fireball-casting people) but after Bran was marked by the Night's King (the White Walker with a crown), the defences fell in season 6 of Game of Thrones.

Most people believe that the same thing will happen once Bran makes it South, past the Wall - the mark of the Night's King that he bears will allow the Walkers and their armies to break through the Wall as well.

2. The Stark reunion continues
Remember back at the start of the show how the Starks were one big happy family with Ned looking like the hero of the series? Wow, did things get dark fast for them.

Half the Starks are history - Ned lost his head, Catelyn and Robb couldn't last through the Red Wedding, and Rickon graduated from the Prometheus school of running away from things - but the four that remain are seemingly headed for each other. 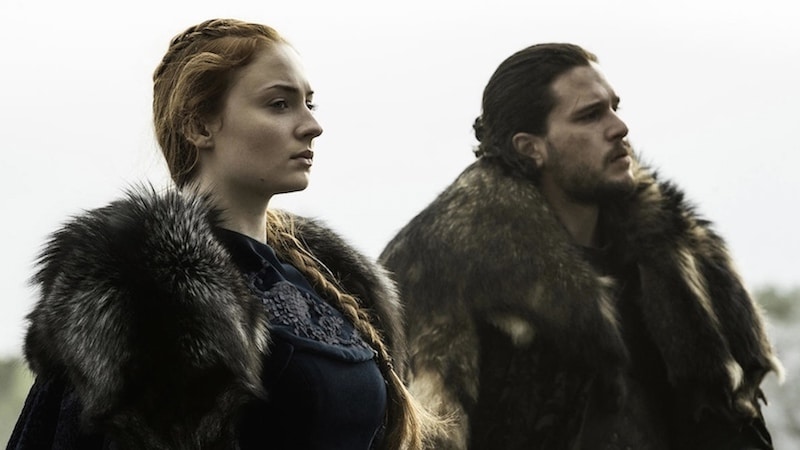 Jon and Sansa are already at Winterfell of course, having retaken their home from the Boltons. Bran is headed back South, and likely to make his way back to Winterfell, based on what we've seen in the trailers, and Arya is looking to be somewhere in the North as well. Is she going to ninja-kill Littlefinger? Or is she meeting her wolf Nymeria again, as some fans suspect? We're not sure what will happen, but bringing the Starks back together would help bookend the series and set up the ending.

Whether Sansa will turn against Jon or stay as a part of the pack also remains to be seen, but if all the Starks are indeed coming together, then things aren't looking too good for Littlefinger.

3. More riots in King's Landing?
Back in season 2 of Game of Thrones, Tyrion sent Cersei's daughter Myrcella to Dorne, but the farewell soon turned into a riot, triggered when a starving commoner throws cow dung on Joffery Baratheon's face. That riot also led to the death of the High Septon, eventually setting us on a path where the High Sparrow would take control of the Faith, eventually leading to Cersei being jailed and made to undertake the walk of shame, which was no small part of the motivation that led her to blow up all of her enemies using wildfire. 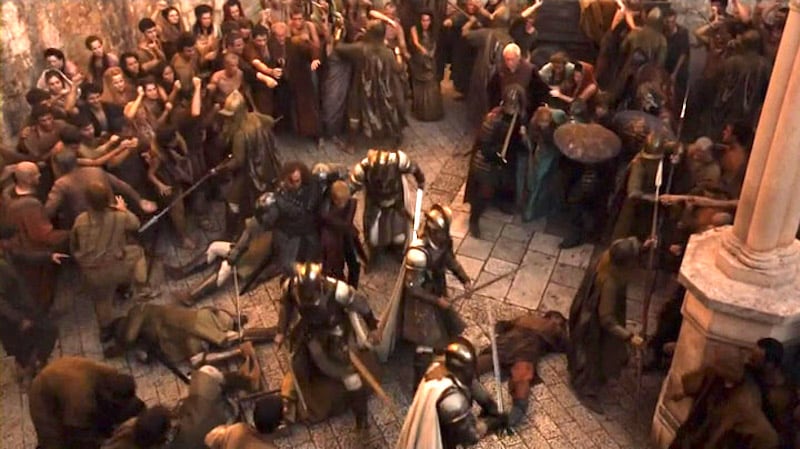 But apart from that chain of events, it also highlighted an extremely important point - King's Landing is starving. This problem was solved when the Lannisters allied with Tyrells Highgarden against Stannis Baratheon. Highgarden is described as one of the most fertile regions of Westeros with huge stores of food, and this was what saved King's Landing.

Well, coming back to that wildfire, Cersei ended the Lannister-Tyrell alliance when she killed Loras, Mace, and Mace Tyrell. Her grandmother Olenna escaped though, and has allied with Daenerys 'Khaleesi' Targaryen, which means that the capital's food supply has been cut off again. Riots are sure to follow.

4. So long, Cersei
All in all, it's probably not a good time to be Cersei Lannister, even at what she considers to be the moment of her greatest triumph. Cersei has always considered herself smarter and more ruthless than anyone around her, though her father Tywin, or her brother Tyrion, are not likely to agree. 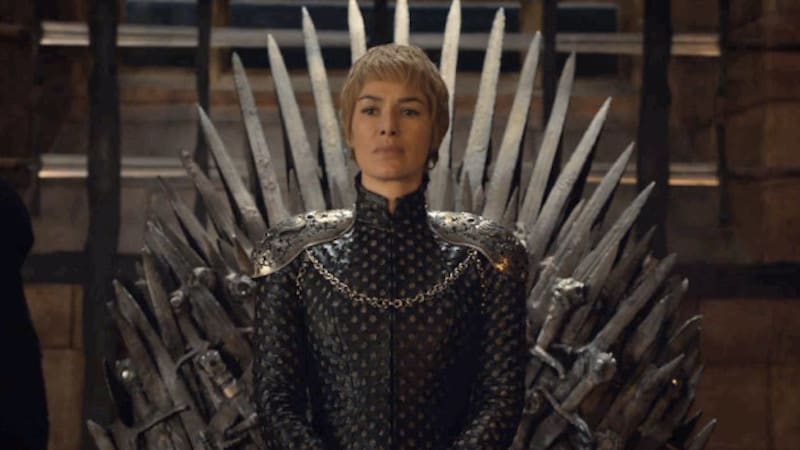 With the killing of the various nobles who were opposed to her, Cersei might have wiped the board clean, but it's also cost her the most powerful allies she had, and it's likely to set her staunchest supporter, Jaime Lannister against her. Not only has she brought great destruction to King's Landing with her use of wildfire - something that he killed the last Targaryen king over, remember - but her machinations also directly led to the death of Tommen, their son.

Cersei has been a great villain in many ways, but with the end-game drawing near, the focus is going to shift to the White Walkers, and that means it's likely we'll see her exit this season itself.

5. The Ironborn are coming
We've seen Euron's ships in the Game of Thrones season 7 trailer sailing in to King's Landing, and it's possible that the thing that pushes Jaime over the edge could be his sister discarding him for the Ironborn leader. Theon and his sister Yara are seen in a sea battle in the trailer, and it's likely against the fleet of ships that Euron was demanding when we saw him last in season 6. 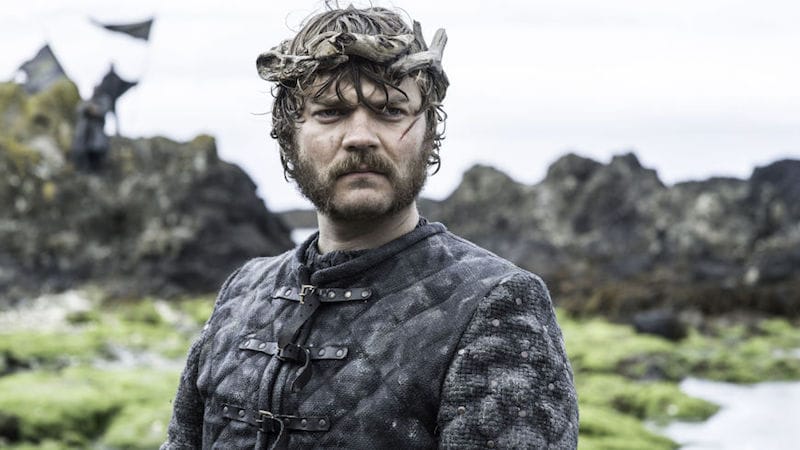 Euron's sample chapter from The Winds of Winter paints a hugely creepy picture, and it's likely that he has a major villainous plot line ahead of him in the books, but on the show we expect things will be simplified a little as there are only 13 episodes left in all, including next year's eight and final season of Game of Thrones.

The Lannister reserves have to be severely depleted by now, and we see an attack against a Lannister castle in the trailer as well, so it's very likely that the Ironborn are going to form the front line of the human enemies that Danaerys and company face on their return to Westeros, before the White Walkers bring the fight to them.

6. Battles beyond the wall?
One of the most interesting shots we've seen of the upcoming season is from a scene that looks straight out of an action movie, with a ring of heroes fighting back to back against a seemingly insurmountable number of enemies. If you're paying attention, you'll recognise Thoros of Myr and Beric Dondarrion, who led the Brotherhood Without Banners, along with Sandor 'The Hound' Clegane, wildling leader Tormund Giantsbane, and Jon Snow.

They all appear to be fighting an army of wights in a setting that definitely looks like it's beyond the Wall. That's interesting because as of now we've not got any indication of why they would even go that far North. It could be a rescue mission to bring Bran back, or a strike at the heart of the enemy, but so far it's too soon to say.

Given how the last mission North - to the village of Hardhome, where almost everyone was slaughtered by wights and Walkers, and then resurrected to join the zombie horde - went, we're not sure it was a good idea to cross the Wall again.

7. Cleganebowl
If you're not familiar with this fan theory - which isn't really a theory, more of a rallying cry really - then well, people believe that the Hound will fight his brother Gregor 'The Mountain' Clegane at some point. Ser Gregor is of course dead and zombified by the last season, but that's not stopped him from hulking around and tearing people to shreds, while The Hound is willing to kill people who don't share their chicken with him. It sounds like a battle for the ages and that's exactly why people want to see it happen, even if it doesn't make much sense. Now, the good news is that a scene in the trailer makes it look like The Hound is present in the South somewhere. Whether that translates into King's Landing and Cleganebowl… we don't know, but we're sure going to be optimistic about it.

So these are the seven things we're looking forward to from the seven episodes of season 7 of Game of Thrones. Got any theories to share? Tell us and the other fans via the comments.

Game of Thrones Season 7: Seven Things That We Think Will Happen
Comment