Game of Thrones Season 7 Episode 2: Did You Catch This Callback to GoT Season 1?

In Game of Thrones season 7 episode 2, we watched Arya meet a beloved character whom we haven't seen for a really long time, and after an emotional farewell, Arya heads North for Winterfell. No, we're not talking about Hot Pie, but rather the direworlf Nymeria. Given that we haven't seen the direwolf since season 1 of Game of Thrones though, it's possible that some of the watchers don't remember who that is. And why did Arya say "that's not you"?

Nymeria is - of course - Arya's direwolf. Right back at the start of Game of Thrones, we were introduced to the direwolves when Jon Snow found a pack of them. The mother was found dead with a stag's antler in her belly, and the stag is the sigil (symbol) of House Baratheon, the rulers of Westeros, so at first Eddard (Ned) Stark was inclined to view it as a bad omen. But Jon Snow pointed out that there were five direwolf pups - the same number as the Stark children. This of course meant that he - a bastard - wouldn't get one. 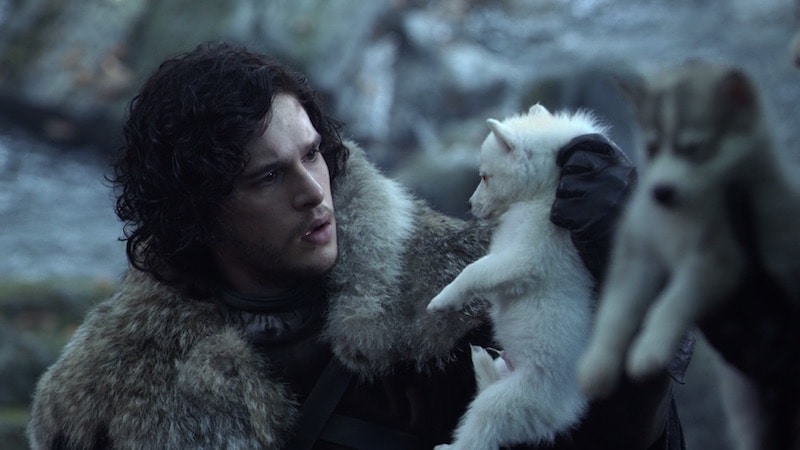 After Ned relents, a sixth direwolf, an albino, is found. That's Ghost, whom we've seen less and less of on the show, for budgetary reasons. Each of the other Starks got a direwolf as well. Robb, the eldest, named his Grey Wind, and they fought side by side in his campaign to the south. They were separated at the Twins (the Frey's castle) when he went in for the wedding feast, and then both die.

After Bran fell (or more accurately) was pushed from the walls of Winterfell and became crippled, he discovered the ability to transfer his consciousness into his direwolf, Summer. It ended up being a means of escape for him, of feeling free and sure in his body when he felt too trapped in his own form. In the books, Summer is still around for now, though given that Winter has come to Westeros on the show, it's perhaps fitting that the direwolf died on the TV version, protecting Bran when the wights attacked the underground hiding place of the Children of the Forest, beyond the wall.

Game of Thrones Has Run Out of Books to Adapt. Should You Still Watch It?

The third Stark son - Rickon - is still around in the books as well, but again, the TV version hasn't lasted this long. His murder, by Ramsay Bolton, is the event that triggered Jon Snow's headlong charge in the Battle of the Bastards. A little ahead of that, we learned that his direwolf Shaggydog was also killed, off-screen in this case. 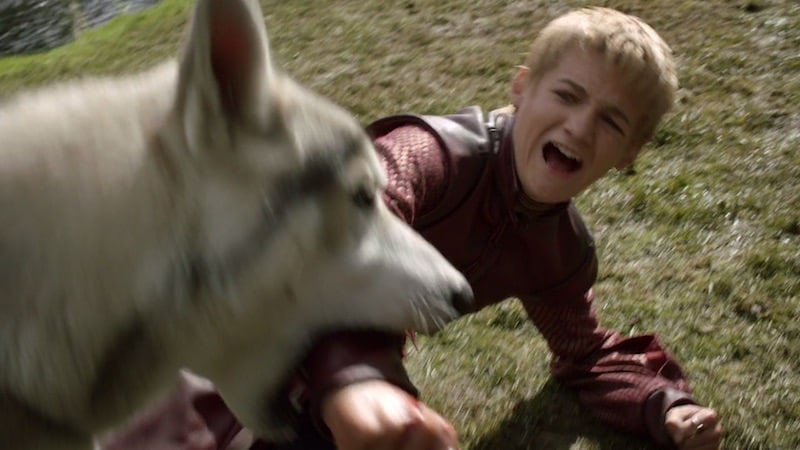 That brings us to the two Stark daughters - the fate of their wolves was linked, which is why we saved them for last. That's because of what happened on the journey South from Winterfell, back in Game of Thrones Season 1, when Ned Stark was headed to King's Landing with his family, to take over as the Hand of the King, Robert Baratheon. Arya and a butcher's boy named Micah went off to play at duelling, but Joffery and Sansa stumbled across them. Joffery naturally decided to show off and started to use his sword, but Arya's direwolf, Nymeria, attacked him, and the result was that his hand was hurt, and his sword lost in the river.

Everyone returned to the camp, a scene of chaos, and knowing there would be trouble, Arya shooed Nymeria away, even throwing stones at her to make her leave. Turns out it was a good move, because Cersei wanted the direwolf killed for hurting her son. Unfortunately, with Nymeria gone, she decided that Sansa's direwolf - Lady, who had been left behind at the camp - would have to pay restitution instead. 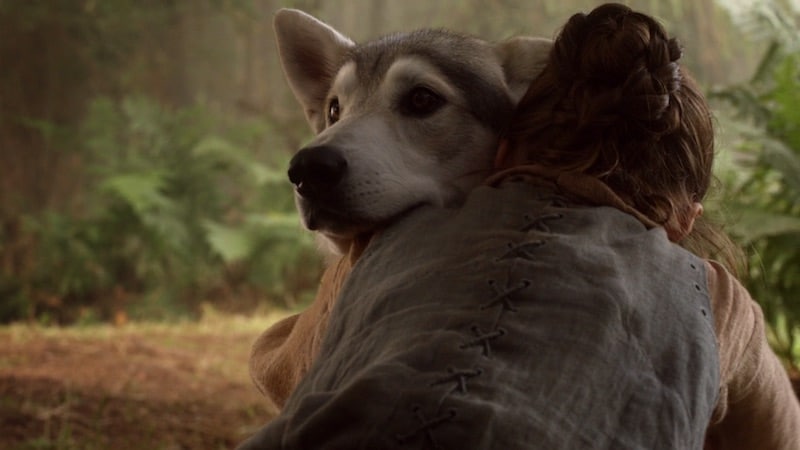 Thus both Stark daughters were deprived of their direwolves, and ended up facing great troubles in the time ahead. Now, in the books, we see that the various Starks are closely connected to their wolves - just like Bran and Summer, Jon and Ghost share a similar bond, and even when she's in Braavos, Arya dreams of Nymeria and her pack of wild wolves.

That's not shown in the TV show, but the pack - and the giant wolf we saw - are clearly one and the same. That Arya survives the encounter is a testament to the fact. So why did Arya say "that's not you"? Well, there we have another Game of Thrones Season 1 callback. Back then, Ned promised Arya that she would grow up to be a lady, and she replied, "That's not me."

Saying "that's not you" now is a way of recognising that Nymeria has grown up, and much like Arya, defied expectations of what she's going to become. So while Arya is headed North to Winterfell, Nymeria is finding her own path in the Riverlands.

Further reading: Game of Thrones, Game of Thrones season 7, Game of Thrones Season 7 Episode 2, HBO, Hotstar
Gopal Sathe Email Gopal Gopal Sathe is the Editor of Gadgets 360. He has covered technology for 15 years. He has written about data use and privacy, and its use in politics. He has also written extensively about the latest devices, video games, and startups in India. Write to gopal@ndtv.com or get in touch on Twitter through his handle @gopalsathe with tips. More
Apple Secretly Working on Car Batteries With Chinese Firm: Report
Samsung Galaxy Note 8's S Pen Stylus Leaked in Photos, Deep Blue Colour Variant Tipped

Game of Thrones Season 7 Episode 2: Did You Catch This Callback to GoT Season 1?
Comment