Game of Thrones Season 7: What’s With That Dagger?

Game of Thrones season 7 has been full of callbacks and references to its very first, and this week - episode 4, ‘The Spoils of War’ - brought us another throwback in the form of a Valyrian steel dagger. As Littlefinger tells Bran, it’s the very dagger that was given to an unknown assassin to kill Bran while he lay in coma, which Littlefinger argues started the War of the Five Kings.

You can be forgiven for not remembering the dagger. After all, it’s not been seen since season one, when Catelyn brought it to her husband Ned at King’s Landing, and the investigation led her to Littlefinger, who said it belonged to Tyrion to create tension between the Starks and the Lannisters. It’s what kick-started this whole drama, after Catelyn foolishly captured Tyrion and took him to the Eyrie. 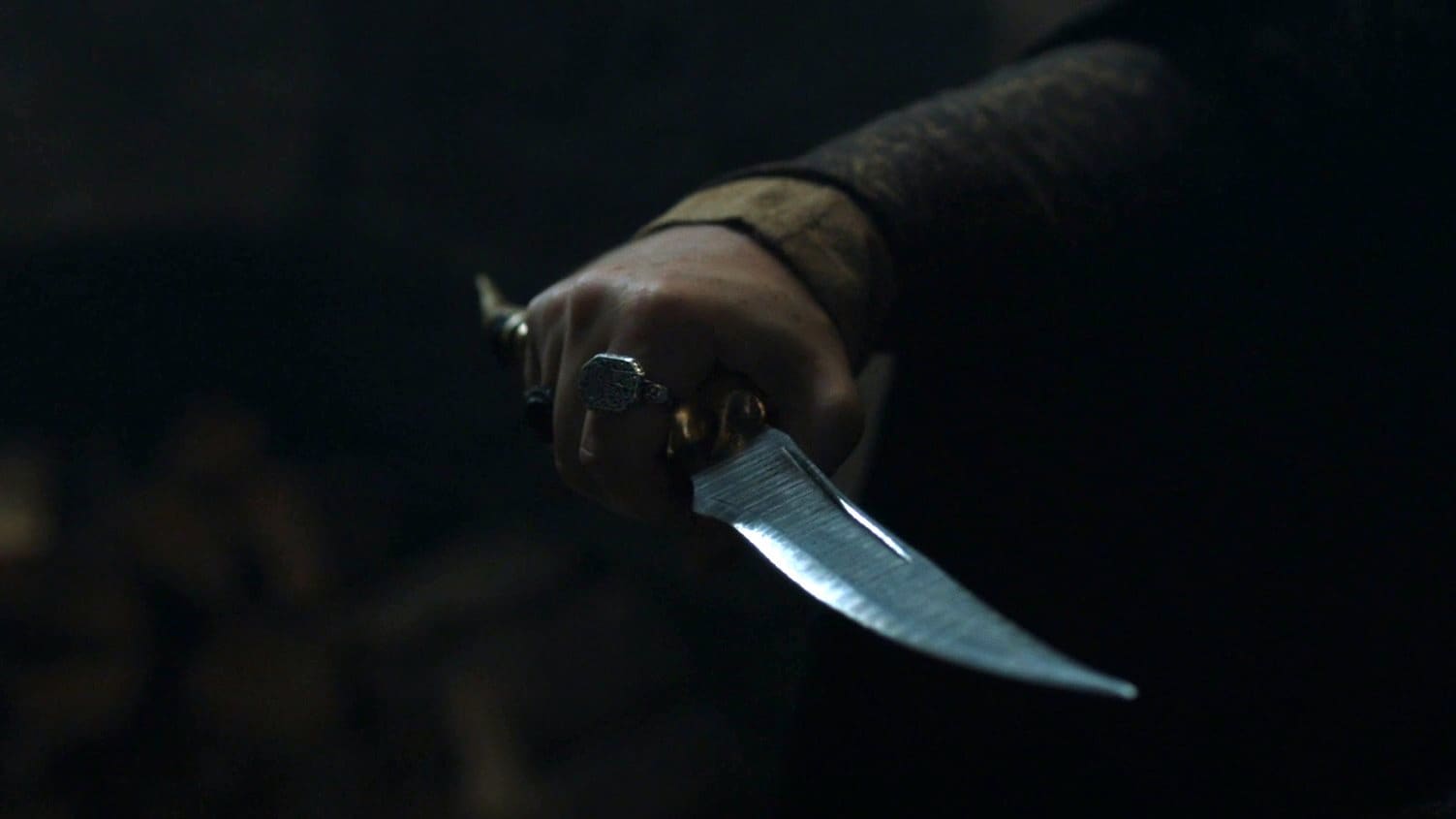 We haven’t seen the dagger since, but it’s presumably been with Littlefinger ever since Ned was beheaded at the Sept of Baelor. Its return is significant for various reasons, including the fact that the books provide more of a clue as to its backstory. Yep, while the rest of the show has left behind George RR Martin’s written word, the Valyrian dagger is one of those things that book fans can still claim to know more about.

In the books, Littlefinger tells Catelyn that he wagered with Tyrion against Jaime in a joust, and lost the dagger as a result. In the show, when Bran asks him if he knows who it belonged to, Littlefinger says he doesn’t know. It’s very likely he’s not telling the full tale; it’s how people like Littefinger and Varys are able to get ahead, by either holding back information, or manipulating it for their purposes.

The books go one step ahead, with Tyrion and Jaime figuring out who the dagger belonged to, and how it ended up with a low-life cutthroat. Jaime tells Tyrion he remembers seeing it with King Robert, who had once remarked that it’d probably be better if Bran passed away in his coma. And when Joffrey remarks he’s familiar with Valyrian steel at his wedding, Tyrion deduces that the young king must have stolen it and given it to the assassin, as a convoluted way of impressing his father.

The show hasn’t bothered to go into all that backstory, and most likely won’t now since two of the key players - Joffrey and Catelyn - have been long dead. But given that the dagger made its return in this week’s episode after six seasons, you’ve to think it has a part to play. And with Bran passing it to Arya, it’s also now with someone who knows how to properly wield it, as we saw in the fight-training montage with Brienne.

Valyrian steel, along with dragonglass, is one of the few things we’ve been told can kill White Walkers. On the other hand, there’s the lingering poker-face look Arya gave to Littlefinger, which suggested she was reflecting on all the horrors the man has brought on her family. We can only guess how exactly she intends to use it (or we can ask Bran, since he claims to have seen everything), but rest assured it’ll play an important part in the episodes to come.

Further reading: Game of Thrones, Game of Thrones season 7, HBO
Akhil Arora Email Akhil Akhil Arora covers entertainment for Gadgets 360, interviewing stars such as Christian Bale and Anurag Kashyap, covering series premieres, product and service launches across the globe, and looking at American blockbusters and Indian dramas from a global socio-political and feminist perspective. As a Rotten Tomatoes-certified film critic, Akhil has reviewed over 150 movies and TV shows in over half a decade at Gadgets 360. When he is not completely caught up with new film and TV releases, Akhil ...More
Paytm Now Lets You Automatically Add Money to Your Wallet, Send Postcards
LG Q6, Priced in India Under Rs. 20,000, to Launch on Thursday

Game of Thrones Season 7: What’s With That Dagger?
Comment