Note: Spoilers ahead for Game of Thrones season 7, episode 6, ‘Beyond the Wall’.

The White Walkers had a fantastic day at the office in Game of Thrones this week, as the Night King showed his javelin expertise to take down one of Daenerys’ three dragons, Viserion, who plummeted into the icy lake and drowned.

It forced the others to abandon Jon Snow, whose unasked-for bravery prevented him from hitching a ride on Drogon, and forced his uncle Benjen Stark to come to his rescue out of nowhere. It was the sort of narrative disbelief that season 7 has become known for, in lieu of providing epic moments.

And if that wasn’t enough, the Night King instructed his army of wights to drag Viserion out of the lake, and then placed his hand on him to bring him back, with blue eyes! White Dragon? Ice Dragon? There’s still no word on the official terminology, as yet, but in capturing one wight, the living have handed the dead a powerful weapon.

From that perspective, the trip north taken by Jon Snow and the others in episode 7 feels like too-heavy a cost to pay. It’s untold the kind of damage undead-Viserion might do, including bringing down the Wall as has long been inevitable. But before they got stuck in the middle of a frozen lake, they learned something crucial.

Game of Thrones Season 7 Episode 6 'Beyond the Wall': The Top 5 Moments

After Jon hacked a White Walker to pieces with his Valyrian sword, the remaining wights travelling with him immediately collapsed. It suggested that if you take down the one who brings them back, the rest of the army will follow. It’s quite interesting nugget of information, one that gives people of Westeros a fighting chance.

It’d also allow Game of Thrones to wrap up its final battle - the living vs the dead - rather neatly, without having to hunt down every single undead soldier. As a narrative mechanic, it’s nothing new - the ‘Keystone Army’, as it’s called, has been used in everything from Star Wars to The Avengers - so the writers are really relying on a trope.

Sure, it seems convenient, but it also makes sense on some level. The Night King is personally responsible for raising most of the dead, and he even created some of the other White Walkers. In fact, it’s one of those few elements that Game of Thrones has given us more on, with George R.R. Martin yet to confirm how White Walkers are created.

Back in season 4, after Craster’s last son was left alone in the forest, a White Walker took him to a strange place far up north, and placed him on an altar made of ice. The Night King, who we were yet to be introduced to, stepped forth and put his finger on the infant’s cheek, and swiftly turned his eyes blue. 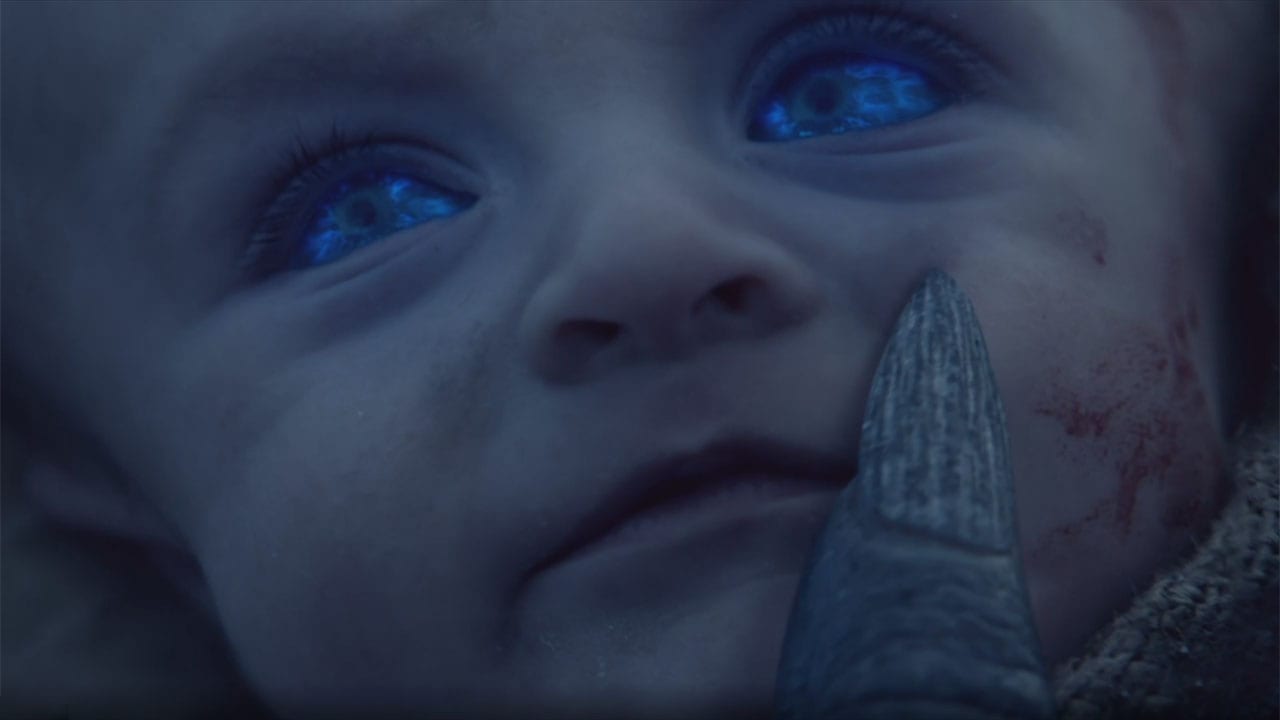 And then in Game of Thrones season 6, thanks to one of Bran’s visions, we saw how the first White Walker was created. At war with the First Men, the Children of the Forest thrust a piece of dragonglass into a captive, to create the ones that now possess so much power. It’s poetic that dragonglass can also be the cause of their end, as Samwell Tarly showed us in season 3.

There are still a few unanswered questions. At one point in “Beyond the Wall”, Beric Dondarrion suggests that killing the Night King will bring down everyone, claiming “he turned them all”. We aren’t told how Beric knows that, or even if it's true, so it may just be the writers speaking through his mouth.

Plus, we don’t know how many of them there are. We’ve seen them appear by themselves - the aforementioned one Sam killed - but otherwise, we’ve seen a group of four led by the Night King, which lost one member at Jon’s hands in season five, and another at Three-Eyed Raven’s cave last season by Meera Reed.

Jon killed another this week after they got the jump on what seemed like a scouting team, but the ranks around the Night King never seem to decrease, indicating a new one is always ready to take up the place of a fallen White Walker. It also makes for a neat resemble to the Four Horsemen of the Apocalypse (albeit with a fifth as leader), so there’s that. 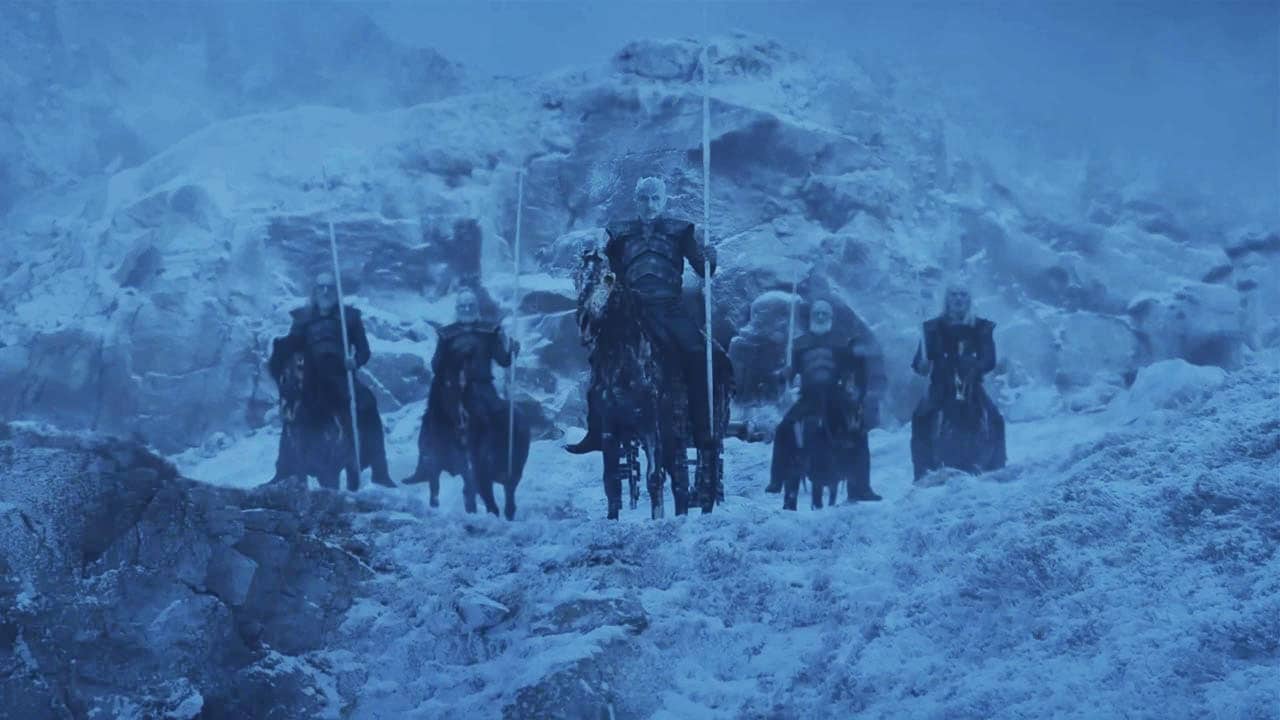 While the Night King has proven himself capable with ice spears, much of their power comes from the Army of the Dead they can field. They are relatively easy to kill - any sword will do, and fire is good as well - but they make up for that weakness in pure numbers. But with Daenerys’ dragons in the picture, that advantage dissipated too.

And as fearsome as the White Walkers may be, they can be overpowered in combat with the right weapons. With the Dragon Queen allowing access to a mountain of dragonglass, it tipped the balance ever more so in the favour of the living.

So much of Game of Thrones season 7 has been about levelling the odds for the final go-round. We’ve been told that the Wall has special spells that ward off the undead. The show needed something that would take out that protection, and increase the White Walker threat manifold. That’s exactly why Game of Thrones delivered this latest twist, by handing the White Walkers their own weapon of mass destruction.

Now that the Night King has a dragon on his side, he likely has the means to take down the Wall, whose downfall has been coming for some time. There’s no better way to wake everyone in Westeros up - including Queen Cersei in King’s Landing, and those ignorant maesters in the Citadel - than have the Wall come crashing down.

It would also be the perfect way to force Team Targaryen and Team Lannister to drop their petty conflict, and realise the only war that matters: the living vs the dead. And it gives us - the audience - the opportunity to witness a fight between dragons.

Further reading: Game of Thrones, Game of Thrones season 7, HBO
Akhil Arora Email Akhil
Akhil Arora covers entertainment for Gadgets 360, interviewing stars such as Christian Bale and Anurag Kashyap, covering series premieres, product and service launches across the globe, and looking at American blockbusters and Indian dramas from a global socio-political and feminist perspective. As a Rotten Tomatoes-certified film critic, Akhil has reviewed over 150 movies and TV shows in over half a decade at Gadgets 360. When he is not completely caught up with new film and TV releases, Akhil ...More
Elon Musk, Other AI Experts Warn the UN About Killer Robots
Intel 8th Generation Core Series Launched With 'Kaby Lake Refresh' CPUs for Laptops