Spoiler warning: The article below contains spoilers for Game of Thrones season 7 episode 3, The Queen's Justice, as well as older episodes

The latest episode of Game of Thrones is out now, and sit ees the Khaleesi losing even more allies to Cersei. Her plan of action has gone completely awry but that's not the only thing that she was wrong about, as we noted in our recap of GoT season 7 episode 3.

One of the things that Daenerys Targaryen, Khaleesi, Rightful Queen, Mother of Dragons (etc) says to Jon "the Bastard of Winterfell" Snow is that she is the last Targaryen. And while there's a chance that she might be right, by now the show has presented enough proof of the long running 'R+L=J' theory that we're going to say that she's off the mark.

R+L=J?
Don't worry, your weekend entertainment isn't going to turn into an algebra lesson. That equation is just shorthand for a long-running fan theory - a theory that the show has all but presented as fact by now. R is Rhaegar, the son of the "Mad King" and Daenerys' much older brother, who died nearly two decades ahead of the events of the show.

L is Lyanna Stark, Ned Stark's sister. She was supposed to marry his best friend Robert Baratheon, but instead, was abducted by Rhaegar, leading Robert to rise up, along with Ned, and Jon Arryn, the deceased Lord of the Vale, and lead a rebellion against the Targaryens. Robert killed Rhaegar, but Lyanna died before she could be rescued.

But not before giving birth to a child. 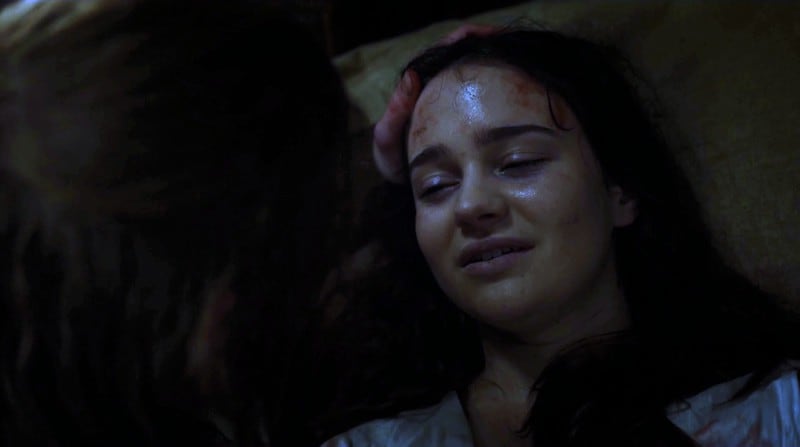 Book fans had long believed that Rhaegar and Lyanna had a child, and that child was Jon Snow. The show confirmed the first part, and all but confirmed the second part as well, which means that Jon Snow is actually not Ned's son but Lyanna's.

In fact, his father is a Targaryen, so illegitimate or not, Jon Snow carries some of the same blood that Daenerys does, as her brother's son. This isn't the only Targaryen on the cards either, as there's another character in the books who might have an even better claim to the throne than Daenerys, or her (possibly illegitimate) nephew.

(f)Aegon
In the books, there's a character that - much like Jorah - is an older, grizzled knight, beset by the failures of his past, determined to right his wrongs and bring a Targaryen ruler back to the throne, who risked his life to save Tyrion and contracts greyscale instead.

The difference is that Jon Connington, the character in the books, doesn't serve Daenerys - instead, he's trying to place Aegon Targaryen, Rhaegar's legitimate son, on the throne. According to Connington, Aegon was smuggled out during the sack of King's Landing, replaced with another child whom Ser Gregor (the Mountain) subsequently killed. While Varys is helping Daenerys in the show, in the books, the Spider has placed his bets on Aegon. 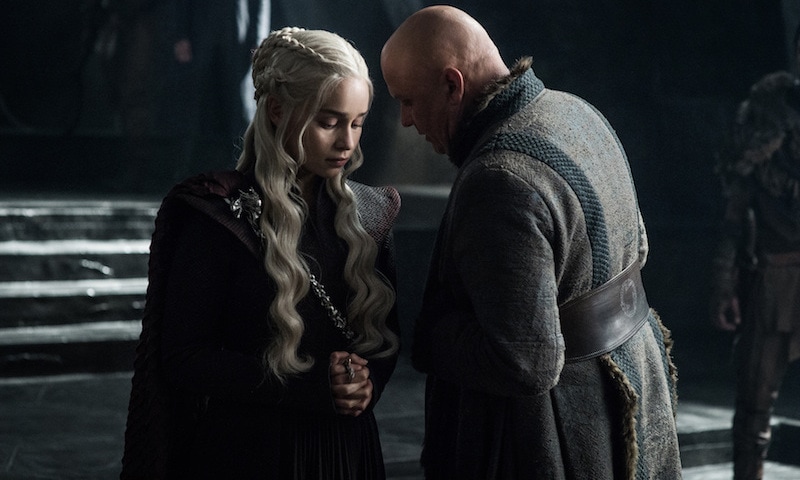 Aegon Targaryen looks the part, and he's landed on the Storm Coast, the same as Daenerys in the show, but there's a little bit of doubt about whether he's really a Targaryen, or a convincing fake put up by Varys to steal the crown.

It's hard to say how the two storylines will converge, but one of the things that could make Daenerys recognise Jon Snow as a real blood relative would be if he can actually tame one of her dragons.

Daenerys is clearly one of the three heads, and that leaves two spots open. Some people speculate that Jon could be one of the others. There are a lot of theories about who the other "head" would be, each more far fetched than the last, so let's just leave it at that. But if Jon can take flight on one of the three dragons, it will definitely cement and alliance with Daenerys, and get her support for the war against the Night's King - the big picture that only Jon is seeing for now.