Game of Thrones Season 8 Episode 6 Predictions — Who Dies and Who Rules?

The end is coming. Spoilers ahead for the rest of the season.

Will the horse make another appearance?

Here we are, then. After eight years and 72 episodes, Game of Thrones — the world's biggest TV show, as of now — is coming to an end, with the series finale mere days away. The eighth and final season of the HBO epic fantasy series, based on George R.R. Martin's five books and an outline of the two he has yet to finish, has been a bumpy ride to say the least. In its home stretch, Game of Thrones creators David Benioff and D.B. Weiss have abandoned the richness of the storytelling for big, dumb spectacle. We've already written about the problems in detail in the past. And hence, we're going to focus on making guesses on what will happen in Game of Thrones season 8 episode 6, because who doesn't love predictions?

Who will die in Game of Thrones season 8 episode 6?

Given what Daenerys did to King's Landing in the previous episode “The Bells”, the future doesn't look too good for her. This might be Game of Thrones, the show that gave us a beheaded protagonist and a gut-punch of a wedding that took out several good guys, but you can't end a show with a villain ruling the continent. Or can you? Considering Daenerys' heel turn in “The Bells”, wherein she decided to murder thousands of innocent civilians on a whim, it seems like all bets are off now.

And what about the other Targaryen, better and more widely known as Jon Snow? Given his deteriorating relationship with his aunt and the carnage he witnessed, you can bet that Jon is not going to address Daenerys as “my Queen” any more. Most believe that he will take things a step further and kill Daenerys, which naturally brings up more questions. How would one survive and escape the armies at her disposal after executing their leader? Also, there's still one dragon around, remember? Not if someone takes on Drogon first.

If Game of Thrones is going to take the regicide route, it makes more logical sense that Arya would have a better chance, given her training as a Faceless Man. That said, it makes narrative and poetic sense that Jon would be the one to end her life. Arya has already had her big moment this season with the Night King, and The Hound convinced her to choose life over death in “The Bells”. But that was before she almost died owing to Daenerys' actions. Further proof: that look in the trailer.

Game of Thrones Destroyed Its Characters in Season 8

On the other hand, it's Jon who's closest to Daenerys. He's the only remaining love she has in Westeros, though those feelings haven't been reciprocated in a while. (It might seem like a couple of weeks to us, but that's before you realise a few months have passed on the show.) Many, including us, thought Jaime would take Cersei's life — given his Kingslayer past and Cersei's prophecy in the books; instead the writers chose to laugh at us — but maybe we were too focused on the wrong (former) lovers.

If someone's going to get to Daenerys in the finale, they would likely have to get past Grey Worm, the leader of her Unsullied forces. That doesn't bode well for Grey Worm. Game of Thrones tried to take any away sympathy for the character last week in “The Bells”, by having him attack an unarmed enemy. And Missandei's already dead, so it's not like he has much of a reason to live.

Speaking of Daenerys' remaining advisors, we have the last of the Lannisters in Tyrion, who has been shown grimly walking through the rubble that is much of King's Landing in the trailer and photos. Since season 7, he has tried to stop the Dragon Queen from obliterating the city she wants to rule, but it's happened, nonetheless. (Has Tyrion not failed at something in the past two seasons?) He has technically won, but he did also technically commit treason in freeing Jaime. What will happen to him?

The only remaining character down south in King's Landing is Davos Seaworth, who is part of Jon's camp and would be collateral damage if the former King in the North decides to make a public move on the new Queen of the Seven Kingdoms. We hope this doesn't happen, but we could also this totally happening. Let's hope the Onion Knight can smuggle himself if it comes to that.

Meanwhile, those up north in Winterfell — Sansa, Bran, Brienne, Gendry, Sam, and Gilly — have a much higher chance of making it to the end of the final episode alive. 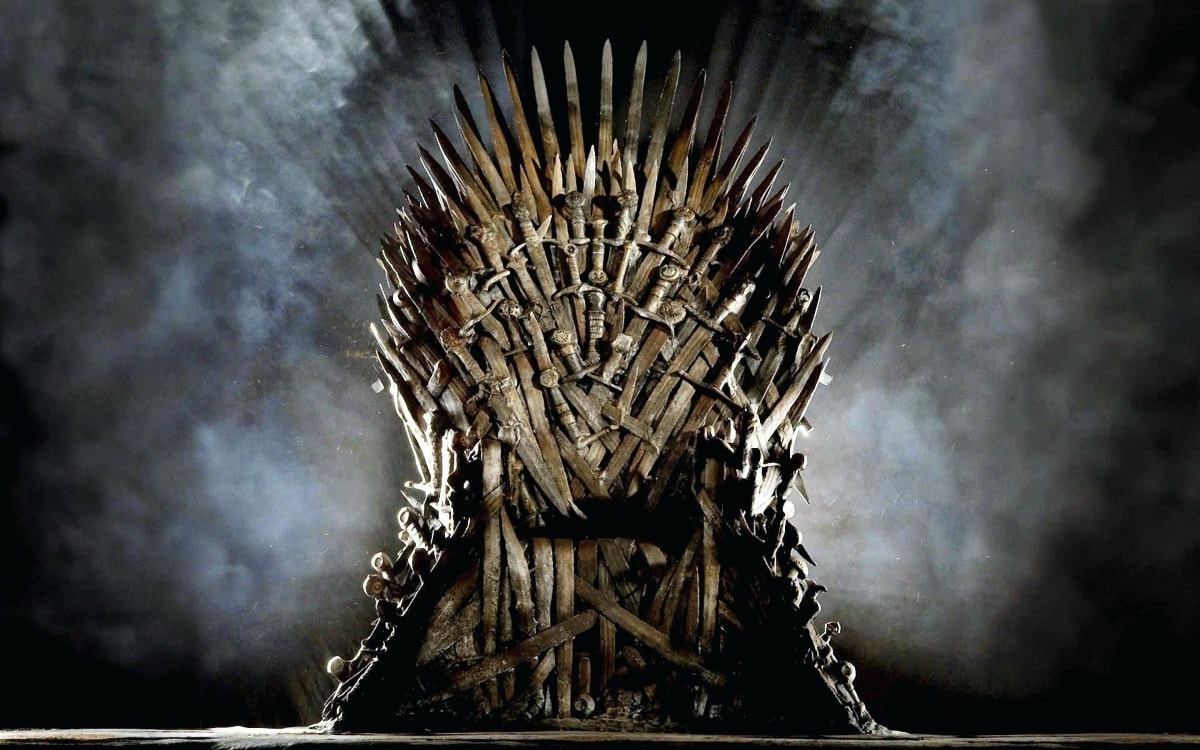 What of the Iron Throne then?

Before the start of season 8, Game of Thrones had whittled the options down to three primarily: Cersei, Daenerys, and Jon. One of them is definitely dead, one is likely to die, and one doesn't want it. Some might say that Sansa is a potential candidate, but given her arguments previously in season 8, it seems like she would be content with simply ruling over an independent North.

And who's to say there is even a King's Landing anymore? Not just literally, given the devastation caused by Daenerys, but also figuratively. As much as it is a place of actual power — and the most populous city of the continent — it's also essentially a symbol for who rules the Seven Kingdoms of Westeros. If the Dragon Queen doesn't survive, we will have a power vacuum that would need filling.

Moreover, imagine the sheer cost of rebuilding King's Landing, thanks to Daenerys. If the eventual ruler wants to go through with that exercise, they will have to look to the Iron Bank of Braavos, from whom Cersei had taken out another loan for the Golden Company before both perished. They are already looking at two big loans here. And it's not like the common folk would be eager to live in a city that routinely gets sacked.

In such an event, it's possible that a new seat of power could emerge. Winterfell seems like the only option given how limited Game of Thrones has become but considering a severe winter — rumoured to last a decade — has just arrived, that may not be the best idea. There's a reason King's Landing has served as the capital for so long, after all. Plus, the writers haven't cared much for logic since the sixth season, so they are not going to let things like loans get in the way of their ending.

Over 500,000 Fans Sign Petition to Remake Game of Thrones Season 8 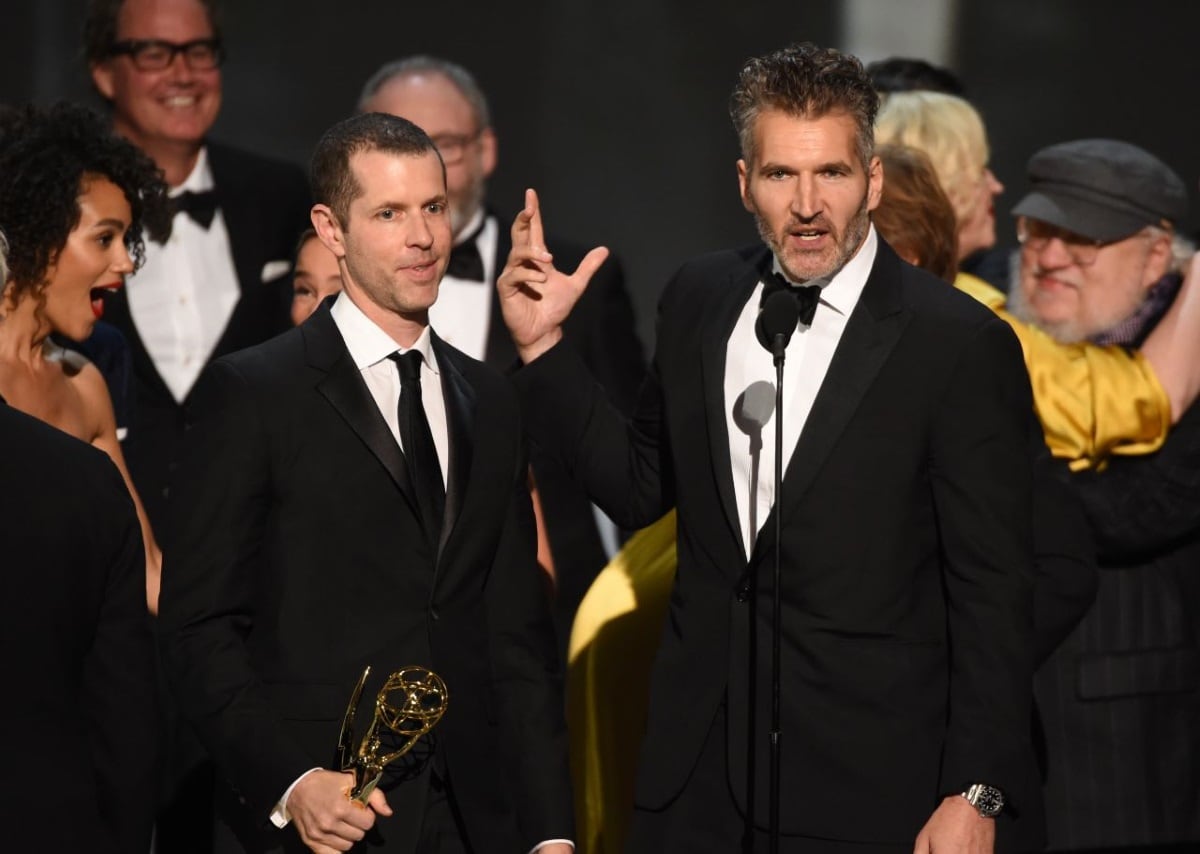 Didn't stop them for winning an Emmy for season 7, though
Photo Credit: Phil McCarten/Invision for the Television Academy/AP Images

This still doesn't answer who will rule the Seven Kingdoms of Westeros, if anyone. Maybe in the event of Daenerys' death — and the magical disappearance of thousands of the Unsullied and the Dothraki — the leftover ones might decide that this monarchy business has exacted too huge a toll. Of course, democracy is still a far cry for Westeros, which is very much still in the medieval era. But it's possible that it might start showing the first symptoms of such a system, divesting powers to a group of individuals.

Sansa, having been groomed by Littlefinger, would definitely be on the cards. And so would her former husband, Tyrion, if he survives of course. Every council in Westeros requires a man of knowledge, a Maester, and Sam seems uniquely qualified for that job. Brienne would have no interest in politics, but she sure would make a good military leader that a new regime would inevitably require. And maybe someone can convince the omniscient Bran to stop living in the past and tend to matters of the future.

Or maybe Drogon will just burn everything to ashes so we can be done with this show. Sorry, we said we wouldn't talk about the quality of Game of Thrones season 8, but we couldn't resist.

Game of Thrones concludes with its final episode on May 20 at 6:30am on Hotstar in India. On TV, it will air May 21 at 10pm on Star World.

Further reading: Game of Thrones, Game of Thrones season 8, HBO, Hotstar
Akhil Arora Email Akhil Akhil identifies himself as a stickler for detail and accuracy, and strongly believes that robots will one day take over most human jobs. In his free time, you will find Akhil beating the computer at EA Sports FIFA or streaming new highly-rated TV series. More
Walmart Fends Off Amazon by Playing to Its Strengths
Game of Thrones Season 8 Episode 6 Unconfirmed Spoilers Leaked on Reddit, Again

Game of Thrones Season 8 Episode 6 Predictions — Who Dies and Who Rules?
Comment