Rajeshwari Sachdev and Usha Jadhav in Firebrand on Netflix

Firebrand, Netflix's first-ever original Marathi film — and its second film from India in 2019, following the Delhi-based drama Soni — has been produced by Priyanka Chopra and her mom, Dr. Madhu Chopra's, production house Purple Pebble Pictures. It's their first digital venture in fact, having released the likes of award-winning Ventilator in cinemas. Firebrand is being described as a ‘contemporary, slice-of-life story' that follows a strong-willed Mumbai lawyer and rape survivor (Usha Jadhav), who represents women in difficult divorce cases. The Marathi film involves four National Film Award winners, in Jadhav and two of her fellow cast members — Girish Kulkarni and Rajeshwari Sachdev — plus the director Aruna Raje.

The Priyanka Chopra-produced film, Firebrand, is out February 22, 2019 on Netflix in India and the rest of the world.

Here's the official synopsis for Firebrand, from Netflix:

“Firebrand follows the life of a successful lawyer who herself is a sexual assault victim, played by Usha Jadhav, who is dealing with PTSD (post-traumatic stress disorder). She tackles difficult family cases while also coping with intimacy issues in her own marriage. Girish Kulkarni expertly essays the role of her husband Madhav Patkar, an architect by profession. The film revolves around trials and tribulations of contemporary modern-day relationships.”

As we mentioned before, Usha Jadhav (Dhag) stars in the lead as the Mumbai-based lawyer. Girish Kulkarni (Deool) plays her husband, while Sachin Khedekar (Netaji Subhash Chandra Bose) and Rajeshwari Sachdev (Sardari Begum) play a second, more affluent couple, whose marriage is falling apart. Jadhav's character takes up the case of Sachdev's character, the trailer revealed.

Rushad Rana (Kaisi Yeh Yaariaan) and Mrunal Oak have been cast in undisclosed roles in Firebrand.

Behind the camera, Aruna Raje (Rihaee) is the writer and director. Cinematographer Siddhartha More (Department) shot the film, and Umesh Gupta (Hello) edited alongside Raje. Rohit Kulkarni (Mary Kom) is the composer.

Netflix released the first and only trailer for Firebrand on February 12, which introduced the main characters and the plot of the film. 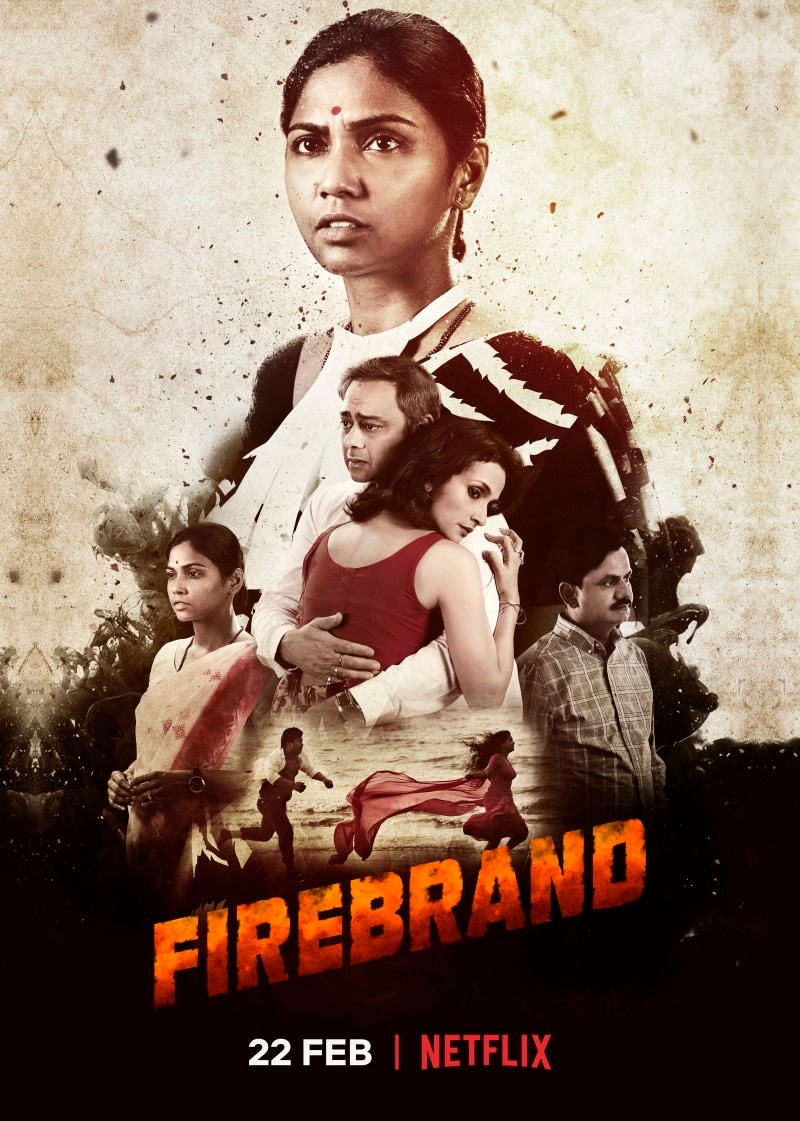 Further reading: Firebrand, Netflix, Netflix India, Priyanka Chopra
Akhil Arora Email Akhil Akhil Arora covers entertainment for Gadgets 360, interviewing stars such as Christian Bale and Anurag Kashyap, covering series premieres, product and service launches across the globe, and looking at American blockbusters and Indian dramas from a global socio-political and feminist perspective. As a Rotten Tomatoes-certified film critic, Akhil has reviewed over 150 movies and TV shows in over half a decade at Gadgets 360. When he is not completely caught up with new film and TV releases, Akhil ...More
NASA Heading Back to Moon Soon, and This Time to Stay
Ixigo, YouNow, and 6 Other Websites Reportedly Hacked, 127 Million Accounts Leaked