It’s the first spin-off entry in the franchise.

Dwayne Johnson, Jason Statham in a promo still for Fast and Furious: Hobbs and Shaw

Dwayne Johnson and Jason Statham are back to reprise their respective roles in Hobbs and Shaw, the first Fast and Furious spin-off that is also the second most expensive movie in the franchise, with an estimated budget of $200 million (about Rs. 1,378 crores). Spanning the globe from Los Angeles, London, and Chernobyl to Samoa, Fast & Furious Presents: Hobbs & Shaw finds the two arch-rivals played by Johnson and Statham taking on a new threat: Idris Elba. It has been directed by David Leitch — best known for Deadpool 2 and Charlize Theron-starrer Atomic Blonde, in addition to co-directing John Wick — off a script by Fast and Furious veteran Chris Morgan, and Drew Pearce (Mission: Impossible – Rogue Nation, Iron Man 3).

Hobbs and Shaw is out next week in India in English, Hindi, Tamil, and Telugu. From release date to trailer, here's everything we know about the next Fast and Furious movie.

Fast and Furious: Hobbs and Shaw release date in India is August 2. The film's release date is the same in the US, Angola, Bulgaria, Estonia, Finland, Japan, Lebanon, Lithuania, Mexico, Norway, Poland, Romania, Spain, Sri Lanka, Sweden, Turkey, and Vietnam. The new Fast and Furious movie then moves to Belgium and France on Wednesday, August 7, followed by Italy on Thursday, August 8.

That leaves South Korea for Thursday, August 15, and China on Friday, August 23.

A quick refresher on the two Fast and Furious spin-off heroes with their full names: Johnson is Luke Hobbs, who works for the US Diplomatic Security Service, while Statham is Deckard Shaw, a former UK Special Forces assassin-turned-mercenary. Johnson has previously played Hobbs four times since Fast Five, while Statham has appeared as Shaw thrice before, including a cameo at the end of Fast and Furious 6. 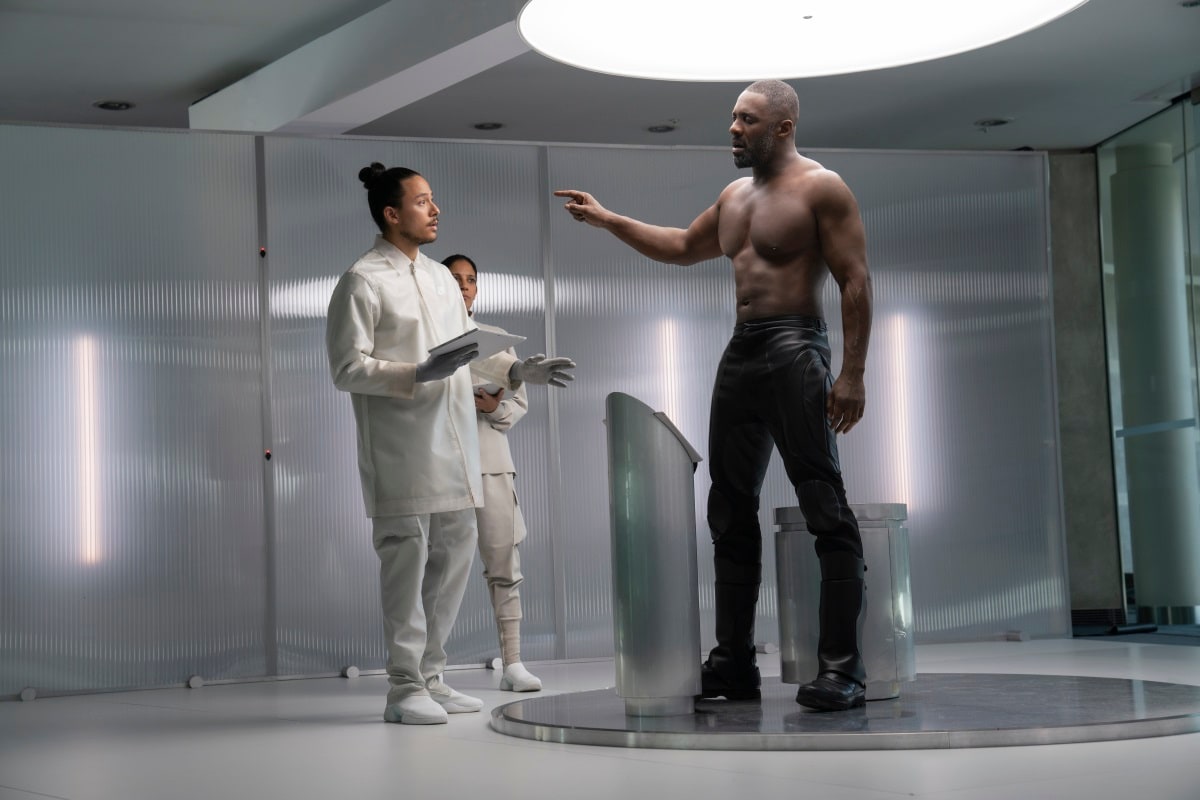 Joining them is Elba (Luther) as “black Superman”. His words, not ours. Elba is playing a rogue MI6 agent and now-terrorist called Brixton Lore, who has upgraded his body with cybernetic technology, giving him superhuman abilities. Hence, the nickname.

Then we have Vanessa Kirby (The Crown) as Deckard's sister, Hattie Shaw, who is also an MI6 agent on Brixton's trails.

Johnson and Statham aren't the only returning stars in Hobbs and Shaw. Helen Mirren is back as Deckard and Hattie's mother, Magdalene Shaw, after a cameo in Fast and Furious 8 / The Fate of the Furious. Mirren fans will be glad to know that she's also part of next year's Fast and Furious 9.

“When cyber-genetically enhanced anarchist Brixton (Elba) gains control of an insidious bio-threat that could alter humanity forever — and bests a brilliant and fearless rogue MI6 agent (Kirby) — sworn enemies Hobbs (Johnson) and Shaw (Statham) will have to partner up to bring down the only guy who might be badder than themselves.”

Universal Pictures released the first trailer (below) for Hobbs and Shaw at the start of February, followed by a second trailer in mid-April. A third and final trailer was released towards the end of June.

In May, Universal Pictures India decided to put out 10 local-language versions — Bengali, Bhojpuri, Gujarati, Fast and Furious Hobbs and Shaw Hindi, Fast and Furious Hobbs and Shaw Kannada, Punjabi, Marathi, Malayalam, Tamil, and Telugu — of the second trailer. Follow those links if you want to have a laugh. Mind you, the film will only release in three of those: Hindi, Tamil, and Telugu. The rest of them are just a marketing stunt.

Universal Music has yet to unveil the original soundtrack / compilation album for Hobbs and Shaw, though we do know that Tyler Bates — known for working on Guardians of the Galaxy, Deadpool 2, all three John Wick films, The Punisher, and Watchmen — is reuniting with Leitch for this Fast and Furious spin-off. Expect the Hobbs and Shaw soundtrack to drop in the week of release.

What we do know is that Elba has written a song inspired by his character. Leitch liked it so much that he used it in the film, so it's likely that it will drop on the soundtrack too. For now, you can listen to the only released single, “Getting Started”, by singer-songwriter Aloe Blacc feat. Rapper J.I.D. It's available on Apple Music, Spotify, and all major music streaming services.

The film's world premiere was held in mid-July in Los Angeles, but reviews aren't out yet. The review embargo is also not yet known. Our review of Hobbs and Shaw will be available in the week of release.

If you can't get to the theatre and would like to download Hobbs and Shaw, you'll have to wait a bit. Hollywood movies are usually available 3-5 months after their release in cinemas. That means the Fast and Furious spin-off should be available on iTunes and Google Play for download in English and Hindi in late 2019.

Fast Five director Justin Lin has signed on for two mainline entries in the franchise: Fast and Furious 9, slated for May 2020; and Fast and Furious 10, scheduled for April 2021. John Cena has been cast in the former alongside returning stars Vin Diesel, Michelle Rodriguez, Jordana Brewster, Tyrese Gibson, Ludacris, Nathalie Emmanuel, Charlize Theron, and Mirren. Johnson and Statham are not a part of Fast and Furious 9, thanks to the filming schedule and a bust-up between Diesel and Johnson.

Meanwhile, back in January, Diesel announced that a female-led Fast and Furious spin-off was in the works with writers Nicole Perlman (Guardians of the Galaxy), Lindsey Beer (Sierra Burgess Is a Loser), and Geneva Robertson-Dworet (Tomb Raider). Diesel casually said it was one of three spin-offs — Hobbs & Shaw part of it — but we've no idea what the third spin-off is supposed to be.

And if you want to introduce your kids to the Fast and Furious franchise, there's a Netflix series titled Fast & Furious: Spy Racers on its way. It will be out later this year. 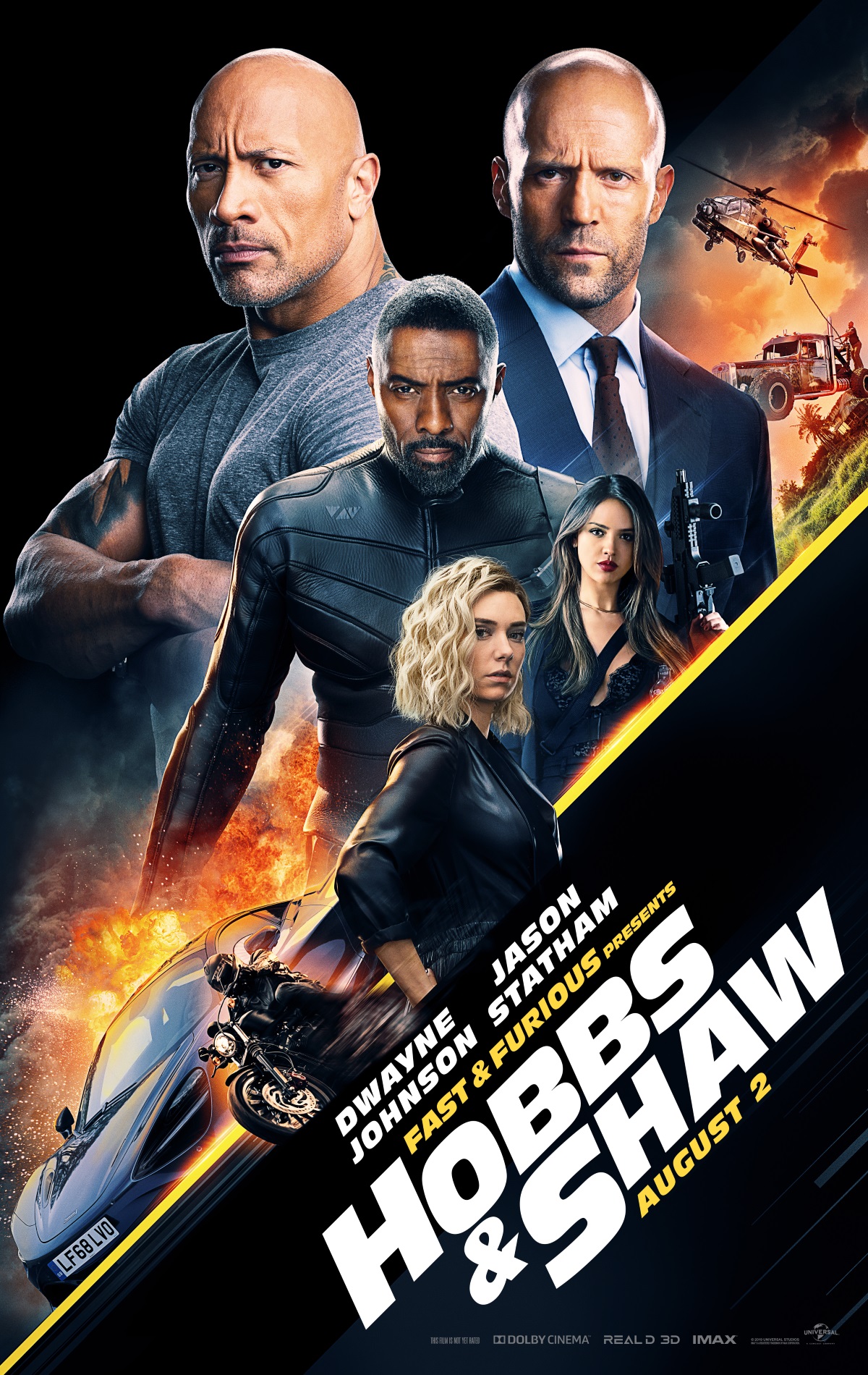