The Falcon and the Winter Soldier Episode 5 Post-Credits Scene, Explained 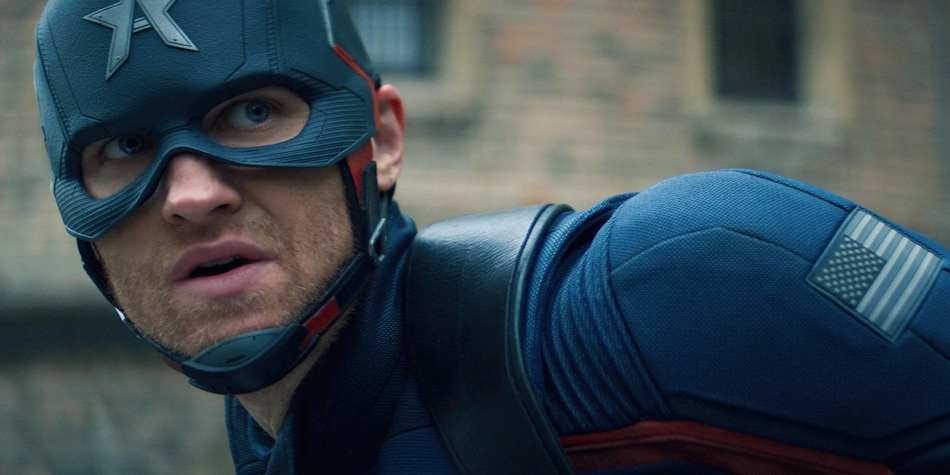 The Falcon and the Winter Soldier episode 5 brought the new Marvel Cinematic Universe series' first post-credits scene, just one episode away from the series finale. As such, it would be completely understandable if you missed it given there has been not a single scene during the credits for the first four The Falcon and the Winter Soldier episodes. It's not a major or lengthy scene anyway, though it does hint at what to expect from a certain dishonoured super soldier in episode 6. I'm not going to say any more until after the spoiler warning.

Spoilers ahead for The Falcon and the Winter Soldier episode 5 “Truth”.

The latest The Falcon and the Winter Soldier episode ends on Sam Wilson (Anthony Mackie) as he opens that Wakandan package he received from Bucky Barnes (Sebastian Stan). Given how he reacts, it clearly contains Falcon's new suit that has already been leaked through Disney merchandise. After all, the Wakandans made Bucky a vibranium arm, so when Bucky calls in an additional favour from Ayo (Florence Kasumba), I'm pretty sure his next words were, “My buddy Sam needs a vibranium suit, please and thank you.”

Walker is hammering away at some metal, before he pulls out an angle grinder to shape it, and then dons a welder helmet to protect himself. He then picks up his Medal of Honor which he places atop a circular sheet of metal. Is he making his own shield? That is confirmed in the next shot as he fuses together multiple metal sheets. And as Walker brings out a red spray can to coat it, The Falcon and the Winter Soldier episode 5 shows the middle blue-and-steel star portion of the shield in the background. It's unlikely that this one is made of vibranium though, which the original one is.

And that's it. Sam and Bucky took the Captain America shield from Walker in episode 5, so he has built one for himself. After all, Walker still believes himself to be Captain America, as he uttered multiple times in The Falcon and the Winter Soldier episode 5. The post-credits scene suggests Walker will have a role to play in the finale next week. Though it's unclear if this has anything to do with Contessa Valentina Allegra de Fontaine (Julia Louis-Dreyfus), the surprise character who introduced herself to Walker and his wife earlier in episode 5.

Apple’s App Store Was Hosting an Online Casino App Disguised as Children’s Game: Find Out How