Spellman wouldn’t confirm if Captain America 4 even exists though. 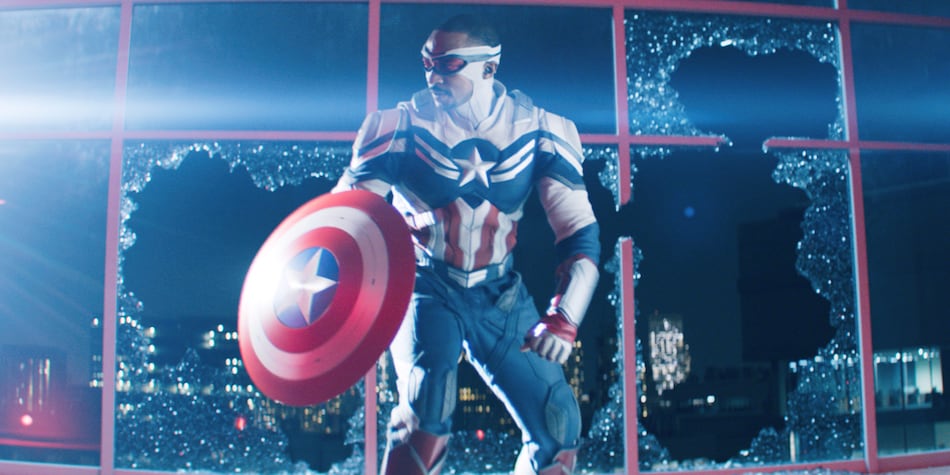 The Falcon and the Winter Soldier ended its six-episode run last Friday on Disney+ and Disney+ Hotstar, but the Marvel series left open a lot of narrative threads — and left us with a lot of questions. Spoilers ahead, naturally. How did the Power Broker/ Sharon Carter (Emily VanCamp) or Valentina Allegra de Fontaine (Julia Louis-Dreyfus) come into the picture? What's going on with US Agent/ John Walker's (Wyatt Russell) redemption arc? What was up with those vaccines that the Flag Smashers were smuggling? Why is Bucky Barnes (Sebastian Stan) still called the Winter Soldier? And what can we expect from the new Captain America/ Sam Wilson (Anthony Mackie) in Captain America 4?

In the wake of the finale, The Falcon and the Winter Soldier creator, head writer and executive producer Malcolm Spellman spoke to Gadgets 360 and answered all those questions — some in the typical cagey Marvel manner — well, except the last one. In fact, Spellman wouldn't even confirm the existence of Captain America 4. “It's going to be on Marvel if that happens,” he said. Asked about his director's wish list for a Captain America movie, Spellman didn't take the bait and just said: “Oh, I can't say that. I don't know, too many great choices.”

The following is an edited transcript of Gadgets 360's conversation with Spellman. Some questions have been reordered for clarity.

Malcolm Spellman: No, you work in the moment. And Marvel, they want you to write the best version of what you're writing right now, and not worry about anything else — they manage all that.

One of the elements that started off quite predictable was that we always knew Sam would end up becoming Captain America given what we saw in Avengers: Endgame. How did you manage writing around that to make sure it didn't feel like a point A to point B thing?

That was the mission statement from the beginning. And we felt pretty secure like whether — you know I have not even thought to ask Marvel what they intended when Steve handed Sam the shield and he says, “It feels like it belongs to someone else.” I don't know how much thought they put into that. But that was the beginning of Sam's journey because there's ambivalence there from the moment it's handed to him. And we knew we wanted to make it very, very challenging and very, very significant if he did or did not pick up the shield. And part of making that journey feel complete and thorough was making sure Sam's reluctance was rooted in things that the audience would be like, “Yeah, I get it. I get it. This isn't an easy choice.” Basically, we wanted to make sure, at no point was this an easy decision for Sam. So that the journey of him finally accepting it felt satisfying like you went through it with him. As opposed to guessing whether or not he's going to take on the mantle, we wanted to take the audience on a journey of what it would feel like to make a tough choice.

We got a new bunch of new elements in this season. You have the Power Broker. You had Valentina coming in. Then you had Zemo popping up from time to time, and John Walker became US Agent. Were all these elements decided by you guys or were some elements given by Marvel that they needed for upcoming movies or TV shows?

It's more fluid than that. Marvel gives you a menu, and that menu isn't, “Use this person, use this person.” It's, “Here are the characters in the [Marvel Cinematic Universe] we'd love you to explore if they fit into your story.” And then you pick from their menu, and everything else flows organically from there.

And were there any elements that you guys came up with during the writing process and Marvel was like, “Well, you can't use that one because we already have that one in some upcoming movie or TV show.”

Well, for instance, what happens is — the way I describe it is, they put you in a bubble. Your bubble is the equivalent of like, if Spider-Man is on top of Empire State Building, and he sees Iron Man fly by, he knows Iron Man is up to something, but he doesn't know what that is right. It's the same thing for us. They don't tell you what's going on around you but if you say, “Oh, I want Wanda, or I want Vision to appear on my show,” and they say, “I don't think they're gonna appear on your show,” and you're like, “Okay I get it, WandaVision must be coming.”

Marvel fans love digging into theories and cooking up new ones literally every episode. One thing they spotted was, in episode two, the Flag Smashers are transporting these vaccines in trucks. And the fans suddenly started wondering if there was a bigger plotline attached to that. Can you shed light on that if there ever was a plotline?

It's, there's — you know, all I can say is the MCU is a living, breathing organism and it's becoming more and more like the books in its range and scope. And so, you know, all these threads can be about something, are potentially tethered to bigger things.

In the finale, John Walker, after his sort of drastic measures in episode four, it almost seems like he's being ushered towards some sort of redemption. He starts supporting Sam and Bucky in stopping the Flag Smashers. Was that deliberately a redemption arc that you wanted to set him on, or was that something that you —

Well, we didn't want to judge the character. Meaning if you let the character tell the truth in what he or she would do, then a modicum of redemption for John Walker — I don't think anyone believed that his battle back from where he was in episode four was fake. It felt very honest and so the character himself dictated that redemption. But it's obviously, you can see from the scene with Val, it's a partial redemption. [Laughs] He's still John Walker.

Wyatt Russell as US Agent, Julia Louis-Dreyfus as Valentina in The Falcon and the Winter Soldier
Photo Credit: Chuck Zlotnick/Marvel Studios

Since you mentioned Valentina, there's been reports that she was actually supposed to appear in the Black Widow movie before, which got delayed due to the pandemic and that's why she ended up first on The Falcon and the Winter Soldier. At what point during the writing process, did you guys know that you could include this new character played by the amazing Julia Louis-Dreyfus?

On one hand, there's Walker killing someone in cold blood. But the other Avengers, including Sam, also take extreme measures to stop people, right from episode one where he blows up helicopters to stop terrorists. How do you balance these things and make it seem like a proper cohesive world?

Well that's, I think, a very sophisticated question. It's where it's coming from, right. Ideally, no one wants to ever have their heroes kill somebody. But in the heat of a battle in which you are trying to save lives, and someone who is lethal and [has] bad intention is stopping you from saving lives, you're going to take more extreme measures there. When John Walker killed that person, look at where it's coming from. It was coming from rage and revenge. There was no good being served when he did that.

At the end of the show, the title card changes to Captain America and the Winter Soldier. That's fitting because that was Falcon's journey to Captain America. But why is Bucky's title still stuck on Winter Soldier? He addresses himself as White Wolf sometimes during the series. What is missing from his journey that he still hasn't shed that title?

It is, in my opinion creatively — I believe he has officially moved beyond being the Winter Soldier. And I just think you'd have to ask Marvel. I think it's just the poetry of the words, like, I don't know that it was more complicated than that. You want to feel like the thing happened, but yeah, a lot of people ask me about that.

The Falcon and the Winter Soldier is streaming on Disney+ and Disney+ Hotstar.