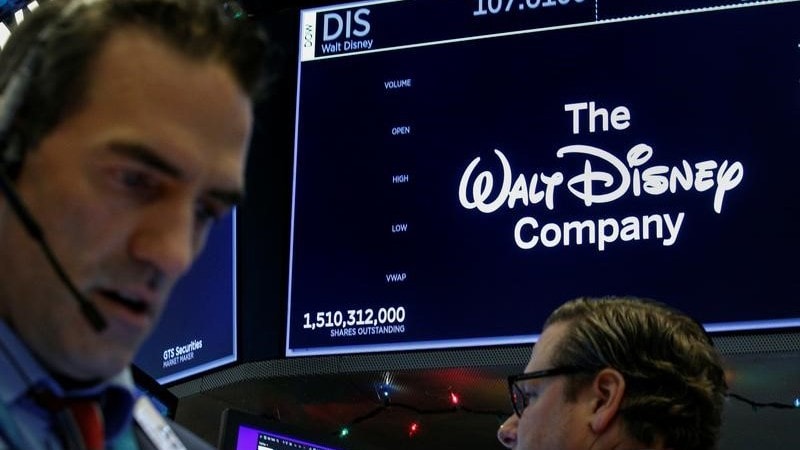 Will Disney's upcoming streaming services be the mouse that roared ... or squeaked?

Disney already owns enviable entertainment properties including Pixar, Marvel and Star Wars. Now, it's looking to add Fox's TV and movie studios as it prepares to launch two streaming services, one for sports and another focused on entertainment.

In announcing first-quarter earnings Tuesday, CEO Bob Iger said he was "excited about what lies ahead" including the sports streaming service and the pending deal for Fox. Adjusted income of $1.89 per share beat analyst expectations, as did revenue of $15.35 billion (roughly Rs. 98,600 crores), a 4 percent increase.

But the same financial report hints at trouble with the lucrative ESPN cable channel. Revenue in the cable networks business fell 1 percent to $4.5 billion (roughly Rs. 28,900 crores), hurt by an ESPN revenue decline. The ESPN decline resulted from lower ad revenue, though that was partly offset by growth in fees from cable distributors and lower programming costs.

Disney announced a $5-a-month price for the ESPN Plus streaming service, which is coming this spring.

The services represent Disney's big bet on what the next generation of entertainment will look like: more streaming and more choices. A streaming business is critical for Disney because the ESPN channel has been losing subscribers as more people ditch cable and satellite TV services and stream video on Netflix, Amazon and Hulu instead.

While Disney is trying to brace for the future with the streaming services, questions remain about they will offer enough to take on well-established services such as Netflix.

Rich Greenfield of BTIG Research said the ESPN streaming service seems more like a niche offering because it won't have any content from the ESPN channel.

And while the Disney-branded entertainment service could be a hit, with classic and upcoming movies from the studio, shows from Disney Channel, and the Star Wars, Marvel and Pixar movies, that service isn't launching until late 2019.

"Our fear is that they're just not all in on streaming," Greenfield said. "If they want to be successful, they have to bring all their content to streaming."

Instead, he said, Disney is dipping its toes in streaming while trying to preserve its traditional business models.

To boost revenue from theatrical screenings, studios such as Disney typically wait months to sell or rent movies on DVDs and a year to make them available through subscription services such as HBO. But such a timeline is quickly becoming a relic of the past. People now expect things immediately, like being to watch a Disney movie on an Xbox right after it is released in the theatre.

"That's very hard to balance and be successful," Greenfield said.

The Fox content could help give viewers more reason to subscribe to yet another streaming service. Disney has offered $52.4 billion (roughly Rs. 3.47 lakh crores) to buy the bulk of 21st Century Fox in a deal expected to close in the next 12 to 18 months. When that happens, Disney will own the Fox movie and television studios, cable TV networks such as FX and National Geographic and 22 regional sports networks.

But many of movies and shows from those businesses are already licensed out in the short term; for example, HBO gets Fox movies until 2022.

RBC Capital Markets analyst Steven Cahall is more positive about the prospects. Notably, Disney gets Fox's share in Hulu, giving it a controlling stake. Cahall said the Fox video will help both Hulu and the upcoming Disney-branded streaming service.

"Disney is likely to be a global player in streaming in the coming years given the breadth and depth of its content," he said.

In a call with investors, CEO Iger offered some details on what Disney's streaming service might look like once it launches in late 2019.

He said Disney will "have an opportunity to spend more" on original programs for the service, but won't have to be as aggressive as Netflix because Disney already has popular brands like Marvel and Pixar. He said the company is developing original shows around Star Wars, High School Musical and Pixar's Monsters.