Dangal, The Walking Dead: The Telltale Series, and More – The Weekend Chill

Over the past weekend, we learnt that the creator of Mr. Robot Sam Esmail will likely take on a mini-series based on Fritz Lang’s classic 1927 sci-fi film Metropolis. It will be set in a future world where the rich rule from their high-rise towers, while the downtrodden work underground to provide power. The film was set in the year 2026, so it’ll be interesting to see where the new show will take us. It’s all still in early discussion at this point, so don’t expect it to arrive for another 2-3 years.

The start of the week treated us to a teaser trailer for Denis Villeneuve’s Blade Runner 2049, a sequel to Ridley Scott’s 1982 original cyberpunk sci-fi, starring Ryan Gosling and Harrison Ford. The film will follow Gosling’s Officer K as he uncovers a secret that pushes him to locate Ford’s Deckard. Blade Runner 2049 arrives October 6, 2017.

On Tuesday, we got a first look at Keanu Reeves-starrer John Wick: Chapter 2, which moves the action to Rome. The film is scheduled to release February 10, 2017.

The same day also brought a teaser for The Emoji Movie, and the fact that it features the ‘Meh’ emoji extensively probably says a lot about the final product. If you’re interested in catching it, you’ve to wait till August 3, 2017.

Also on Tuesday, Rogue One director Gareth Edwards revealed that the original ending for the film was nowhere close to what audiences got to see. Since this can be a spoiler for some, we’ll just link to the full article if you want to know more.

There was also a teaser trailer for Riverdale, an upcoming surreal show set in the world of Archie Comics. If you liked reading about Betty, Veronica, and Archie himself, sorry, this show is going to be nothing like that. It’s got much more of a murder mystery vibe, if you were curious.

Denis Villeneuve, the man behind Arrival and next year’s Blade Runner 2049, is also in talks to take on a reboot of Dune, the novel that was adapted by David Lynch in 1984. There’s no release date in sight.

That’s all for this week. Welcome back to The Weekend Chill, and here are the best picks for your free time:

TV:
Trollhunters
Trollhunters comes from the mind of Guillermo del Toro (Pan’s Labyrinth, Hellboy), and centres around a 15-year-old boy named Jim Lake Jr. – voiced by the late Anton Yelchin of Star Trek fame – who earns the right to be a Trollhunter, a first for humans. Despite what the name might suggest, Trollhunters are protectors of the underground trolls, which in this case also includes Blinky (Kelsey Grammer).

The series is set in a fictional town called Arcadia, a Greek word synonymous to living in harmony with nature. After stumbling into this secret civilisation of trolls, Jim must now juggle his high school duties while also engaging in a century-long war between good trolls and their enemies.

Trollhunters is an animated comedy for kids, and so it blends the “save the world” dream with the problems of being a kid – such as classes and homework. The first season of 26 episodes arrives on Netflix Friday.

Movies:
Dangal
In Dangal – the title means wrestling in Hindi – a coach (Aamir Khan) takes to making star wrestlers out of his two daughters in a bid to win the coveted gold medal that eluded him back in the day. In doing so, he’s cutting against what Indian society expects of women, and his own patriarchal thinking that keeps him from seeing the truth.

Dangal is essentially a film about girl-power, but critics point out that the film spends too much of its time looking at things from a male perspective, possibly owing to Khan’s presence. The movie also doesn’t properly focus on both its female protagonists, instead shifting its spotlight to the elder one in the second half.

It’s also overlong to a point of exhaustion – at 2 hours and 40 minutes – and Dangal tends to push towards unnecessary monologues, killing any remaining nuance in the process. But if you’re looking for an inspirational underdog story on Christmas, this is it.

How to access: Out in cinema halls
Time commitment: 2 hours and 40 minutes

Sully
Being a straightforward biopic that didn’t fall into the trend of glorifying its subject, Sully naturally didn’t get enough attention when it released. Director Clint Eastwood tells the story of the ''Miracle on the Hudson'', when US Airways pilot Chesley "Sully" Sullenberger – played by Tom Hanks – had to ditch his aircraft onto the Hudson River after a flock of geese took out both engines of the plane.

The film focuses more on what followed after, as an investigation into his actions and life threatened to destroy his reputation even as the media and the public were heralding him for his courage and skill. It’s based on Sullenberger’s autobiography, Highest Duty.

How to access: Amazon US, iTunes US, or Google Play
Time commitment: 1 hour and 36 minutes

Video games:
The Walking Dead: The Telltale Series - A New Frontier
Telltale Games seems to just jump from one title to the next – it barely finished releasing the final chapter of its Batman title last week, and it’s already on to a new season for its spin-off adventure based on the famous AMC zombie post-apocalyptic series The Walking Dead. This week saw the release of a double-header of episodes, which jumps onto a new lead while retaining the well-known ones.

Here’s what it’s about: “After society was ripped apart by undead hands, pockets of civilization emerge from the chaos. As Javier, a young man determined to find the family taken from him, you meet a young girl who has experienced her own unimaginable loss. Her name is Clementine, and your fates are bound together in a story where every choice you make could be your last.”

If you’ve played any of the old episodes, you’ll likely know that Clementine has been present in some form since season one in 2012. Your choices from the first two games carry over into the third entry. 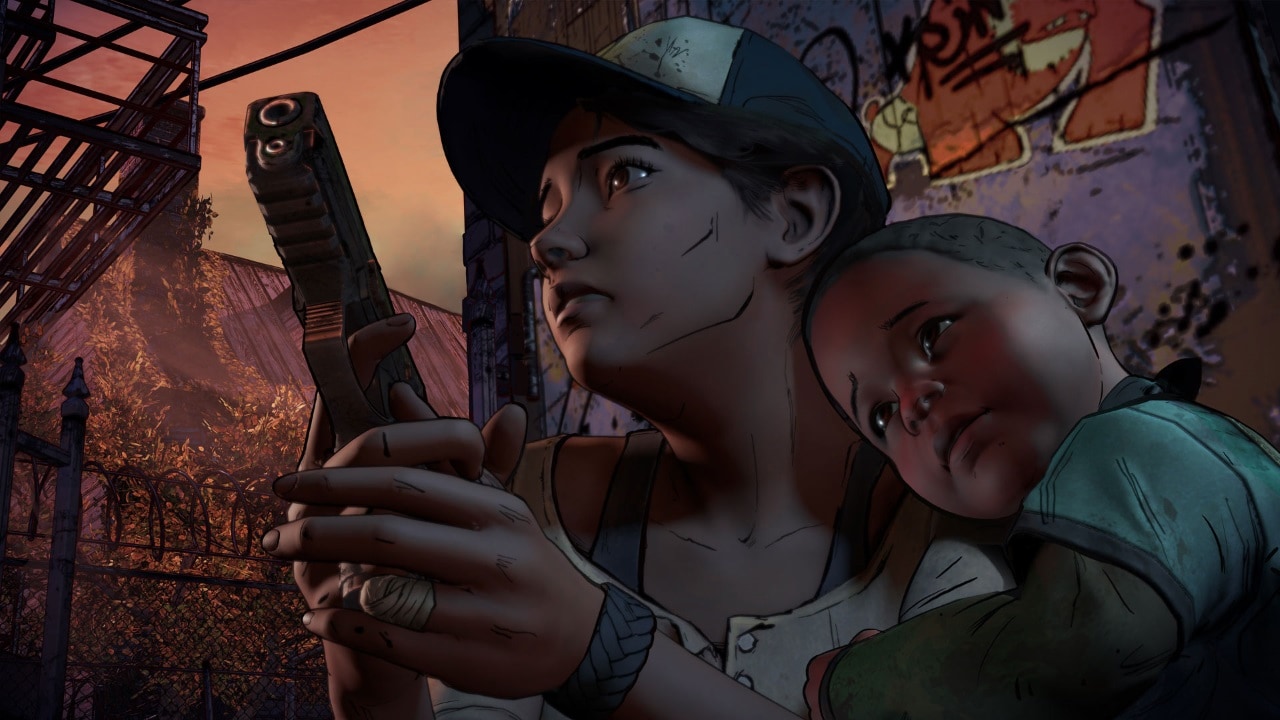 How to access: PlayStation 4, Xbox One, or Steam for Windows PCs
Time commitment: 3-4 hours

Apps:
War Commander: Rogue Assault
Developer Kixeye – with creative director Louis Castle, a Command & Conquer vet – have spent the major part of the last three years working on a new mobile real-time strategy (RTS) game. It finally landed this week, and it’s called War Commander: Rogue Assault. The reason it took so long, explains Castle in an interview, is that they truly wanted to deliver a PC-level experience on mobile devices.

“It’s rare to see a game that looks more like the ads you see on television, when most mobile games don’t live up to the ads, leaving you dealing with slider bars and text instead of visual action,” he added. “That’s the first thing that people are reacting to. It looks like a PC game from a couple of years ago.”

War Commander: Rogue Assault is set in a massive multiplayer online world, has two single-player campaigns as well, and lets you take direct control of units on the battlefield. 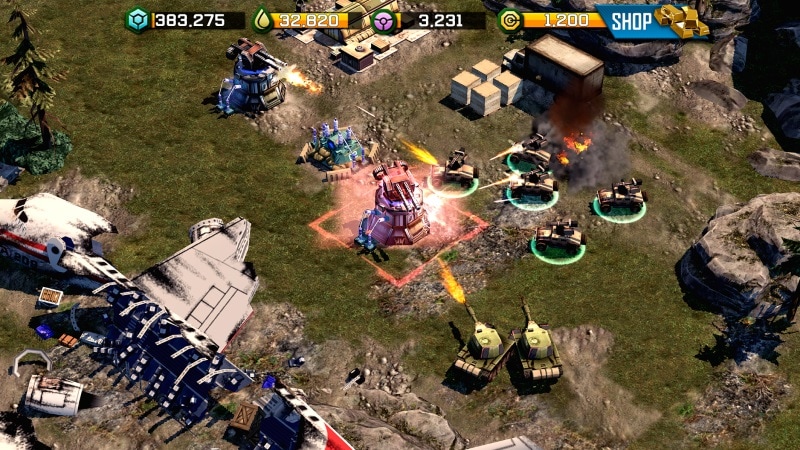 RollerCoaster Tycoon Classic
Atari has brought everyone’s favourite original RollerCoaster Tycoon experience to mobile, by way of a new game that it says combines the best elements of RCT and RCT 2. That means you get to hear the iconic chimes and sounds that were part of the beloved series, and it’s also the first RCT game on mobile that isn’t stuffed with microtransactions in the traditional sense. Instead, Atari has unbundled the game’s contents into base game, expansion packs, and a toolkit – allowing players to pay for what they love and ignore the rest.

The base game costs around Rs. 400, and should you desire additional content, the two expansions – Wacky Worlds, and Time Twister – come in at Rs. 130. The toolkit, which lets you design and build your own parks and rides, and import saved creations from PC version of RCT 2, is an additional Rs. 400. 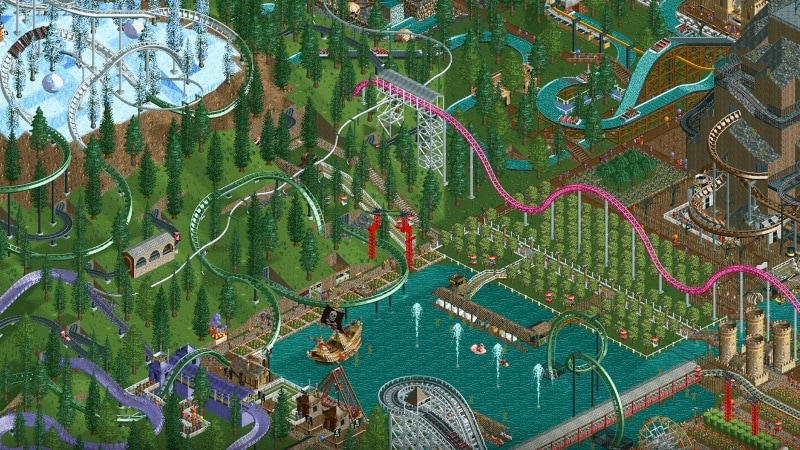