San Diego Comic-Con 2018: All the Movie and TV Show Trailers 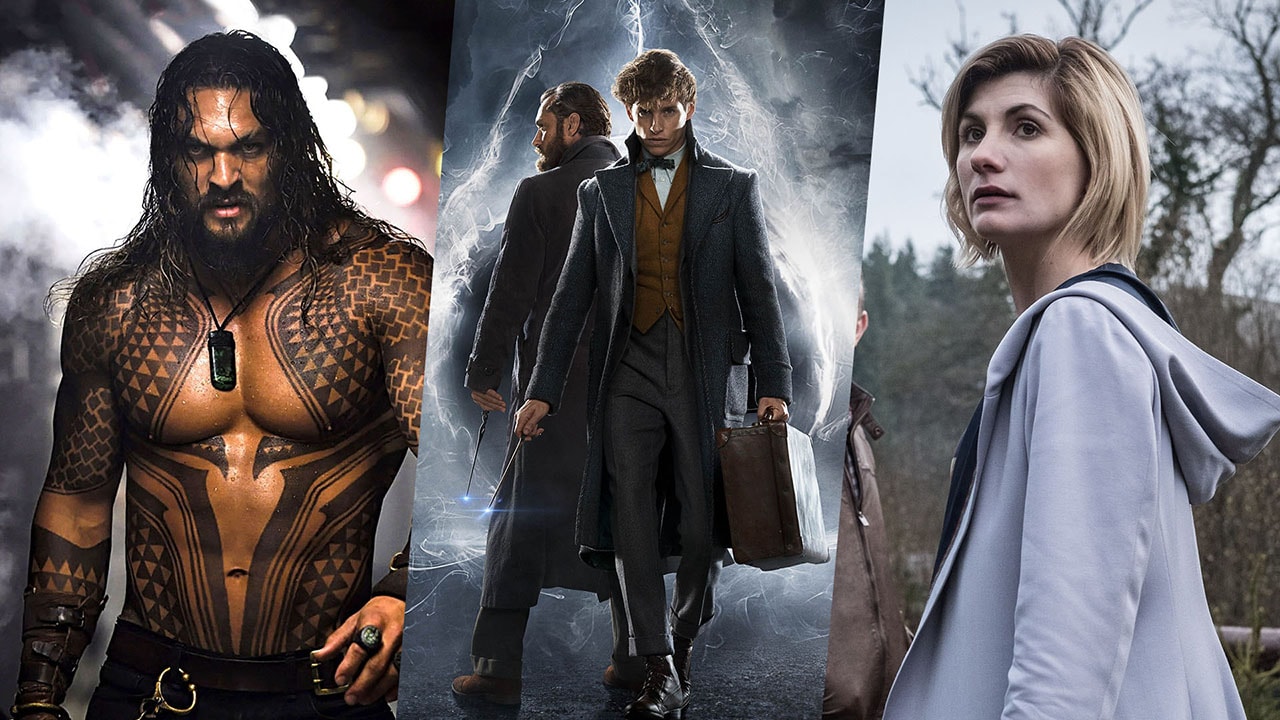 (L-R): Aquaman, Fantastic Beasts: The Crimes of Grindelwald, Doctor Who

The biggest annual pop culture event, San Diego Comic-Con, kicked off its 2018 iteration on Thursday and will last through the weekend. For those lucky enough to be in the city of San Diego, it means a real-life glimpse at the people behind their favourite TV shows, movies, comic books, and video games. Given the event does not have live streams, the rest of us at home have to be content with the stuff we can find on the Internet, be it video clips released by the studios or trinkets of news pouring out on Twitter.

To make things easier for people like us, we've decided to compile the biggest trailers shown at San Diego Comic-Con, and will keep adding to the list as new ones keep coming in. So be sure to bookmark this page and keep checking in for the next few days. Here are the best film and TV trailers we've seen at Comic-Con.

A war is brewing underwater, and our eponymous superhero (Jason Momoa) must embrace his mixed human and Atlantean ancestry if he is to lead his people. DC's upcoming slate – Shazam! below and Wonder Woman 1984 in production – is suddenly looking a lot more promising.

Fantastic Beasts: The Crimes of Grindelwald

When the show returns in October, Jodie Whittaker will become the first woman to don the title role in the history of the show, one that stretches back to 1963. Doctor Who's companions are diverse as well – people of Indian and African descent – plus a new showrunner in Chris Chibnall (Broadchurch).

Godzilla: King of the Monsters

In this sequel to the 2014 original, scientists – including one played by Vera Farmiga – tell humanity the end times are near thanks to Godzilla not being the only giant monster around. He's joined by Mothra, Rodan, and the three-headed King Ghidorah.

Discovery took some bold swings in its first season, and some of them didn't come off. With a change in showrunner, the Star Trek show seems to be singing a new tune this time around: Captain Pike (Anson Mount) tells the crew to "have a little fun", a likely admission that Discovery was too dark in its debut year.

In what came as a total surprise, Disney has revived the animated series it cancelled when it purchased Lucasfilm over half a decade ago, which means Ahsoka Tano – in addition to Anakin Skywalker and Obi-Wan Kenobi – will soon return to the small screen.

DC reveals that it's capable of producing a superhero movie that doesn't take itself seriously, giving us two adolescents who seem to be having the time of their lives discovering the powers bequeathed to one of them by an ancient wizard.

The first season of Iron Fist wasn't just the worst of the Marvel-Netflix lot, it was terribly boring TV. That means the bar for the second season is quite low, which finds Danny Rand (Finn Jones) dealing with a new war that we don't know much about yet. It arrives September 7.

The Simpsons creator Matt Groening's first new show in nearly two decades is a coming-of-age story for a hard-drinking young princess named Bean, who's accompanied by her elf friend Elfo and her "personal demon" Luci.

From the mind of George R.R. Martin, this sci-fi psychological thriller is set nearly eighty years into the future, with the crew of an advanced starship having to battle some unique horrors as they try to save Earth from destruction.