CAA and NRC Protests: Janhvi Kapoor, Karan Johar, Anurag Kashyap on What Artists Should, Shouldn’t Do

Kashyap on CAA protests: Don’t let anyone use “your status to manipulate people, because that's much more damaging. Don't become somebody's lap dog.” 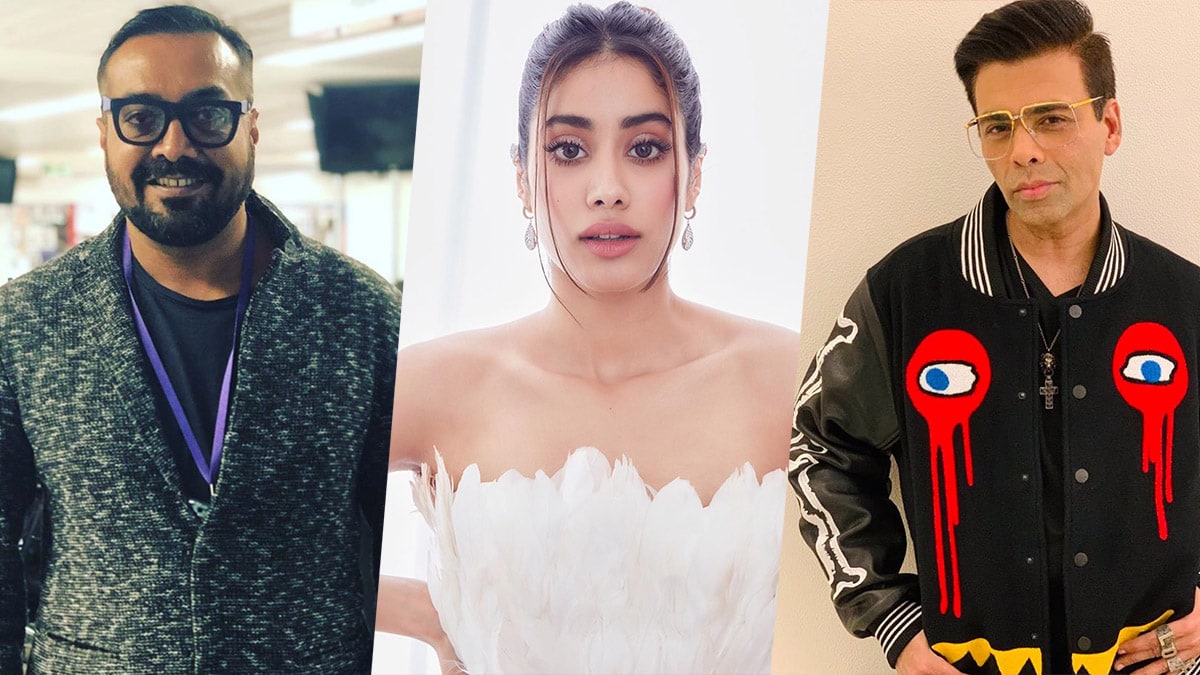 Next week on New Year's Day, Netflix will release a horror anthology film called Ghost Stories. Starring the likes of Janhvi Kapoor, Sobhita Dhulipala, and Mrunal Thakur, it comes from directors Anurag Kashyap, Dibakar Banerjee, Karan Johar, and Zoya Akhtar. But while Netflix is bringing in 2020 with a scary feature, scarier things are happening across India, with over 25 people killed, hundreds in jail, and thousands in custody over protests against the controversial Citizenship (Amendment) Act (CAA) and the possible ramifications in combination with the proposed National Register of Citizens (NRC).

Critics have accused Bollywood, especially influential personalities, for largely keeping quiet on the matter. While some of them have voiced their concerns in the past week, others have taken a diplomatic approach that's been accused of being tone deaf. With Ghost Stories' Kapoor, Kashyap, and Johar speaking to Gadgets 360 last Friday, we asked them how they think they can contribute in times like these.

Kapoor said: “I think artists can encourage people to educate themselves because I understand that in a democracy, the government has a lot of responsibility but so do its citizens and I think that we're exercising it but we have many rights, and to exercise those rights, I think we need to be properly informed and educated. So I think that's where we need to start, is to get to know as much as we can about what's happening, and form opinions that that are honest to who we are as a nation.”

Johar said: “I think artists basically have the ability of reaching out to many millions of people, especially in this day and age of social media, where artists engaging with those platforms have millions of followers and thousands of people who follow them and read what they have to say and do. What an artist can do is express. An artist can express on the platform that they may to express on, in our case it's celluloid or digital, and that they can express their thoughts and put it out there, and hopefully their thoughts will impact generations.”

Kashyap said: “Artists should have been like how I was before coming back on Twitter. Put it in the movies, which is what Dibakar Banerjee does. He always put his politics in the work. [...] My most productive period was when I was off Twitter. So coming back in here, it's about something that I believe in. But it makes you very vulnerable. And this is why people don't speak up and people are silent. Because you're putting at risk people around you, people who work for you, which I've done before in the past. And I don't actually have much at stake, compared to a lot more people.

“So I understand their silence. But unfortunately, what has happened is: we are not just artists anymore. We are celebrated for unnecessary reasons. And the word 'celebrities' has come in, and when celebrity comes in, the artist is not just his art, he becomes a face. And in today's day and age in social media not just a face. You are an address, you're number, you're an account. You're a place. You're putting everything at risk. And it puts a lot of fear in people's head. So, yes artists can offer a lot but we're not just artists anymore.

“When you're walking down the street, everybody knows you and you walk into protests which I went for [last Thursday]. And I got annoyed with somebody, 'Are you here to kick selfies with me?' So, all those things also happen, it is not an idealistic world where yes, I would have said that, like how [Indian People's Theatre Association] used to do things. Artists came together as a group, became a voice. It is not that anymore. It's not that world anymore. So in today's world, you have to adapt yourself, you have to be stronger. You have to open your cards with your family, people you care about, that I'm going to do this. And there are going to be consequences, protect yourself.

“And if you talk about the politics of it all: I just don't believe this government. I don't believe the intention. When they say that, CAA is good, yes, I can see it is good, but without the NRC. Even if it's NRC, it can be good probably in a futuristic world when everybody's educated, and everybody is aware. Focus should be on education, on economy, and other things. NRC is not good in this moment where 80 percent of the people don't know when they were born. And then it becomes convenient, and I don't trust your intention at all. I do not trust your intention at all. When you choose to mention religion, is where it fails for me. That's when you fall down in my eyes and I don't respect you anymore.”

At the same time, Kashyap says that it's also important to not give out uninformed opinions: “Even if you have a contrary point of view, then put it forth in a way that I believe that you have a point of view and you're just not playing putty in somebody's hands, who's using your status to manipulate people, because that's much more damaging. Don't become somebody's lap dog. I have zero problems with people who won't say anything or be silent. Because their silence speaks. But I have a massive problem with people who talk strange s---ty stuff.”

Johar concurred on the uninformed opinion bit and added: “I think instigation is something that should be avoided in everything, I think informed opinion is also very important. I think it's important that if you are commenting on a thing, you have to have a strong base of information before you offer your comment.

“It's important to comment, the freedom of expression is extremely integral to all of us as a community and as a country, but it's important to know what you're talking about and understand the ramifications of it. Having said that, there are many strong voices that surround us in the entertainment industry that have always actually risen to the occasion. And then there are those who remain silent for whatever reason they need to remain silent. The one thing is not to judge either.”

Show Creator Wants the Game Awards to Be 'A Prototype' for 'A New Era of Programming'
BSNL Christmas and New Year Offer Adds Additional 60 Days Validity to Rs. 1,999 Prepaid Plan: All Details