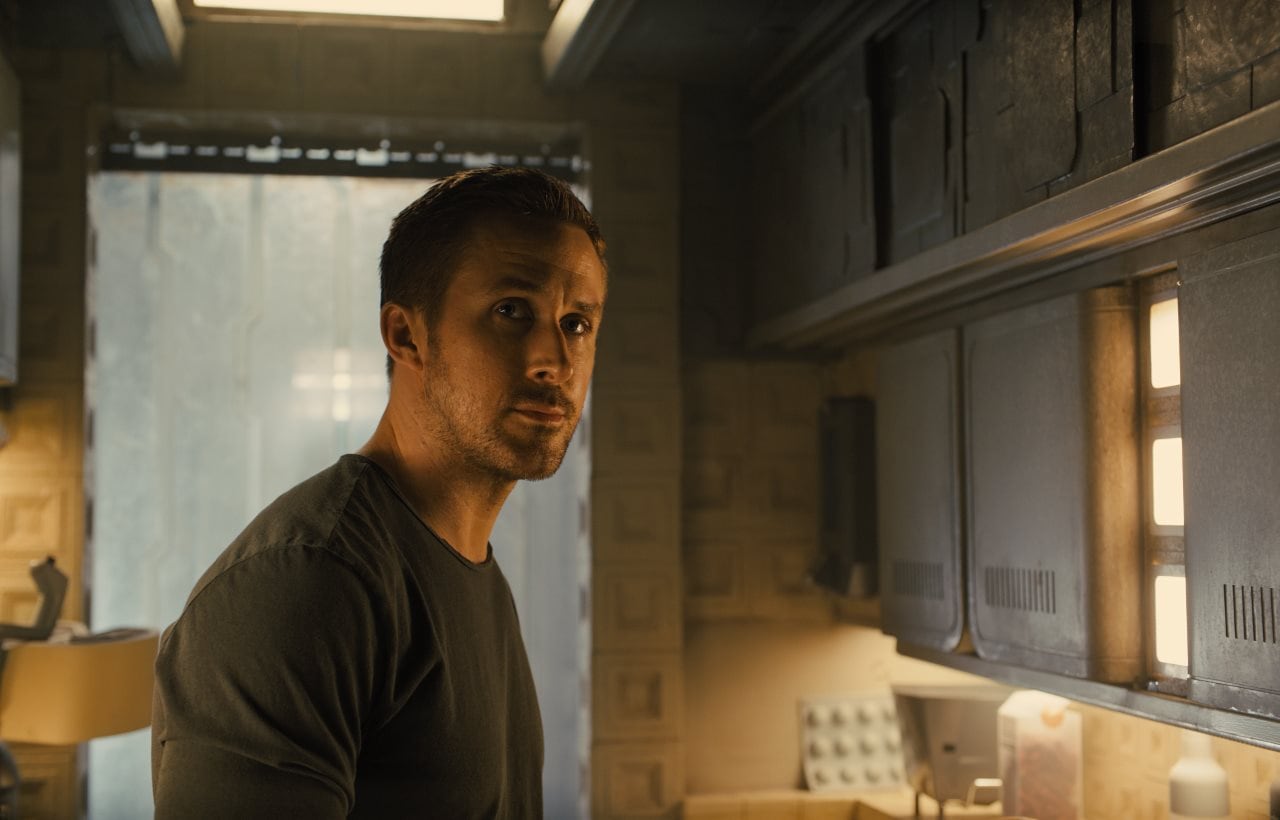 In an interview last Friday, DC Films head Geoff Johns revealed that its films wouldn't be necessarily connected to each other moving forward, unless it was needed. This will no doubt make it easier for DC and Warner Bros. to integrate the standalone adventures they want, such as the Joker origin spin-off.

On Monday, Amazon announced three new shows in the sci-fi space; one based on Larry Niven’s Ringworld, an adaptation of Greg Rucka and Michael Lark’s comic book Lazarus, and Neal Stephenson's cult hit Snow Crash. Rucka and Lark are invovled as executive producers, and Joe Cornish and Frank Marshall are helping with the latter.

Later that day, Jon Hamm joined the Amazon series Good Omens, based on Terry Pratchett and Neil Gaiman's book of the same name. He'll play archangel Gabriel, and Gaiman is expanding the character's role from the book. Michael Sheen and David Tennant are also part of the cast.

On Thursday, Netflix ordered a 10-episode season of Raising Dion, a new superhero drama produced and starring Michael B. Jordan (Creed, Black Panther). The series is inspired by a short film and comic book from film-maker Dennis Lu called Chasing Dion. Carol Barbee (UnREAL) will serve as showrunner and write the first episode.

Marvel's The Punisher, which was rumoured to be out October 13 on Netflix, has been delayed and its New York Comic Con panel cancelled in the wake of the mass shooting in Las Vegas earlier this week. That's understandable that given the protagonist is a trigger-happy vigilante unlike many of his counterparts.

TV:
The Gifted
Created by Matt Nix (Burn Notice), The Gifted is based on the X-Men and takes place in an alternate timeline where the X-Men have disappeared. The show stars Amy Acker (Person of Interest) and Stephen Moyer as ordinary parents Caitlin and Reed Strucker who take their family on the run after they discover their children's mutant abilities.

Comic book fans will also be able to spot other mutants from the X-Men series, including Jamie Chung as Blink, Blair Redford as Thunderbird, Emma Dumont as Polaris, Jermaine Rivers as Shatter, Elena Satine as Dreamer, and Zach Roerig as Pulse. Sean Teale's Eclipse was created for the show, but takes inspiration from the likes of Sunspot and Wolverine.

Stan Lee has a cameo appearance in the first episode of the season, which will have a total of 10 episodes. The series has been praised by most critics, noting its engaging premise, solid ensemble cast, and social commentary.

How to access: Fox or Hotstar
Time commitment: 1 hour, weekly

Spielberg
One of the foremost directors of our time, behind movies such as Jurassic Park, Jaws, E.T., Indiana Jones, Schindler's List, and Saving Private Ryan, is the focus of this new HBO documentary that includes behind-the-scene clips and interviews with the man himself, alongside his friends and colleagues.

The documentary is set to air over the weekend, and has been well-received by critics who got the chance to see it. The New York Times' James Poniewozik said: "Spielberg the documentary succeeds most distinctively where Mr. Spielberg the director has: accessing the child in its subject."

How to access: HBO
Time commitment: 2 hours and 27 minutes

Movies:
Blade Runner 2049
Thirty-five years after Ridley Scott gave us the now-iconic sci-fi original, Denis Villeneuve – the director of films such as Arrival and Sicario – gives us the sequel, Blade Runner 2049, which is set three decades after the events of the original. The setting is still a dystopian version of futuristic Los Angeles, with humans living alongside shiny new replicants.

Ryan Gosling's Officer K is a new replicant, and he's a blade runner in the LAPD, just as Harrison Ford's Rick Deckard was in the original. On a mission to 'retire' one of the old replicant models, K makes a discovery that has the potential to plunge society into chaos if it should go public. That discovery puts K on a path to find Deckard, who has been assumed dead for 30 years.

The cast also includes Robin Wright, Jared Leto, Ana de Armas, Sylvia Hoeks, Barkhad Abdi, and Dave Bautista. Blade Runner 2049 isn't quite successful in building a cohesive story, but it's a visual feast and a unique experience of the kind that isn't allowed to be made very often in today's studio-controlled system.

How to access: Out in cinema halls
Time commitment: 2 hours and 43 minutes

A Ghost Story
After finishing the Disney animated film Pete's Dragon, David Lowery turned to his indie roots with the story of a recently deceased man (Casey Affleck) who returns to his suburban home as a white-sheeted ghost to console his desolate wife (Rooney Mara), only to find that in his spectral state he has become unstuck in time.

As he's forced to passively watch the life and the woman he knew and loved slip away, the ghost goes on a cosmic journey, confronting questions of life's meaning and existentialism. A Ghost Story premiered at Sundance Film Festival earlier this year, before getting a limited cinematic release. It's now available on home media.

The film has been praised universally by critics, with most deeming it suspenseful, weirdly funny, and strange all at once. It's been compared to Terrence Malick's The Tree of Life, so give it a watch if you enjoyed that.

How to watch: Amazon US, Amazon Video US, Google Play Movies, iTunes US, or YouTube
Time commitment: 1 hour and 32 minutes

Other mentions:
Netflix added a lot of new content this week to its service, including Mission: Impossible – Ghost Protocol, and To Kill a Mockingbird. You can see what's new on our Netflix guide for October. Hotstar also got new episodes of returning series this week, such as Modern Family and Speechless.

Video games:
Forza Motorsport 7
Although it's meant as a flagship title for Microsoft's upcoming 4K-capable Xbox One X, Forza Motorsport 7 has driven in a month earlier for existing Xbox owners, in addition to PC racing fans. The seventh instalment in the sim line-up, and the tenth overall, Forza 7 has more than 700 cars across the biggest names: Ferrari, Porsche, Lamborghini, and beyond.

There are a total of 32 locations for the tracks you'll race on, including a fictional street circuit in Dubai, and several returning ones from Forza 4: Maple Valley, Mugello, and Suzuka. Borrowing from its Horizon cousins, Forza 7 is the first Motorsport title with dynamic weather and customisable drivers.

And if you've the hardware to pull it off, you can enjoy Forza 7 in 4K detail with HDR support. Or you can simply wait for the new Xbox One X, which comes out next month. While we loved the game for its visuals and driving experience, we were majorly put off by the micro-transactions and the constant reminders the game threw at us.

How to access: Microsoft Store for Xbox One or Windows 10 PC
Time commitment: As much as you want, really

Dragon's Dogma: Dark Arisen
First released for the PS3 and Xbox 360 in 2013, this expanded and enhanced version of Capcom's action RPG original includes a new area to explore, all DLC released for the original, a new fast travel system, alongside new items, weapons, armour, and quests. Those who owned the original could also transfer their savegames, giving them extra benefits.

Now, four years later, Capcom has brought Dark Arisen to current-gen consoles, which transports you back to the mysterious island of Bitterblack Isle in full-HD quality. You can pick between nine different classes for your character, and select three AI companions for your journey.

Reviewers who've had access to the game are quite happy with what they've seen, noting the image quality and the challenging gameplay, while stressing on the fact that there's no new gameplay for returning players.

How to access: PlayStation 4 or Xbox One
Time commitment: 40-60 hours