The past few months have been stellar for TV lovers, be it the powerful, hard-hitting drama in The Handmaid’s Tale, a perfect recreation of an old gem in MST3K’s revival, the visual artistry of American Gods, an eccentric return for David Lynch’s Twin Peaks, or the endless skewering of Silicon Valley. Beyond that, we’d a poignant end to The Leftovers, a darker chapter in Better Call Saul, and an in-form sophomore run for Master of None.

As we head into the second-half of this year, there’s a lot more TV to look forward to, including the return of the most awaited one: Game of Thrones. But that’s far from the only series that will be clamouring for your attention during the summer months, so buckle in.

Castlevania
When: July 7
Where: Netflix

Inspired by the three-decade-old video game series, and written by comic book writer Warren Ellis, Castlevania is about the last surviving member of the Belmont clan as he’s tasked with saving Eastern Europe from the Dracula. Executive produced by Kevin Kolde, Fred Seibert, Adi Shankar, and Ellis, the dark fantasy tale is being compared to Game of Thrones, with Shankar claiming the four-part first season will break the video game adaptation curse.

Salvation
When: July 12
Where: CBS

A sci-fi thriller from Craig Shapiro and Liz Kruger (Necessary Roughness), and executive produced by Alex Kurtzman (Star Trek, The Mummy), Salvation follows a secret government task force as it deals with a troubling discovery: an asteroid that will hit planet Earth in six months’ time. Now it must figure out a way to prevent the impact and save humanity. The pilot of the 13-episode first season has been directed by Juan Carlos Fresnadillo (28 Weeks Later).

Suits’ popularity has continued to wane as it goes ever deeper into its run, though its core fandom for Harvey Specter (Gabriel Macht) and his protégé Mike Ross (Patrick J. Adams) is stronger than ever. That’s because the two are back together at the fictional Pearson Specter Litt law firm in Manhattan in the upcoming seventh season, after prison trouble last year. Gina Torres’ Jessica Pearson is unfortunately no longer part of the cast, but Rick Hoffman, Meghan Markle, and Sarah Rafferty are sticking around.

Friends From College
When: July 14
Where: Netflix

Created by husband-and-wife Nicholas Stoller (Forgetting Sarah Marshall, Neighbors) and Francesca Delbanco, Friends From College is a new Netflix comedy about – you guessed it – college friends, who are now in their 40s and live in New York. Starring Keegan-Michael Key (Key & Peele), Cobie Smulders (How I Met Your Mother), Fred Savage (The Grinder), Nat Faxon (Married), and Annie Parisse (Vinyl) with a recurring role for Billy Eichner (Billy on the Street), all eight episodes of the first season have been directed by Stoller himself.

Game of Thrones
When: July 16
Where: HBO / Hotstar

Quite possibly the biggest TV event of the year, Game of Thrones returns for its penultimate season with a shortened run of just seven episodes, though some will run close to feature length. Now completely detached from author George RR Martin’s work, the show is moving towards all-out war in Westeros with multiple factions vying for control of the Seven Kingdoms, while an unacknowledged threat from beyond the Wall creeps further south. New cast members include Jim Broadbent and Tim Hopper, plus a guest role for Ed Sheeran.

Ballers
When: July 23
Where: HBO / Hotstar

Dwayne Johnson, currently one of the biggest stars on the planet, will return as retired NFL player turned financial manager Spencer Strasmore in the third year of this comedy-drama that’s aptly described as the NFL version of Entourage. Executive produced by Mark Wahlberg and Johnson, and created by Stephen Levinson (Boardwalk Empire), Ballers moves from Miami to Las Vegas with the new season, as Spencer tries to land new deals while balancing old ones.

People of Earth
When: July 24
Where: TBS

Produced by Conan O’Brien and Greg Daniels (The Office, Parks and Rec), People of Earth is a comedy about a support group for alien abductees. Or as they like to call themselves, “experiencers”. Following New York reporter Ozzie Graham (Wyatt Cenac), who travels and then moves to the small-town of Beacon to write about the members of StarCrossed, the show split its first season between humans and lizard aliens, who disguise themselves as the former. Nasim Pedrad joins the cast for season two.

Rick and Morty
When: July 30
Where: Adult Swim

Charting the misadventures of mad scientist Rick and his easily-influenced grandson Morty across their zany domestic life and interdimensional craziness, this Adult Swim animated sci-fi comedy has won many hearts during its two-season run. Bound by that success, creators Dan Harmon (Community) and Justin Roiland have taken much longer to script season three, which returns after two years post a premiere on April 1, as a prank of sort.

Comrade Detective
When: August 4
Where: Amazon

This new cop comedy aims to be a send-up of its genre, as it is supposedly a long-lost Romanian series, with performances by Romanian actors, set in the eighties. All the dialogue work will be dubbed by an English-language cast led by Channing Tatum (21 Jump Street) and Joseph Gordon-Levitt (Inception), alongside the likes of Nick Offerman, Mahershala Ali, Jenny Slate, Fred Armisen, Jerrod Carmichael, Jake Johnson, Chloë Sevigny, Jason Mantzoukas, John Early, Kim Basinger, Bobby Cannavale, and Mark Duplass. 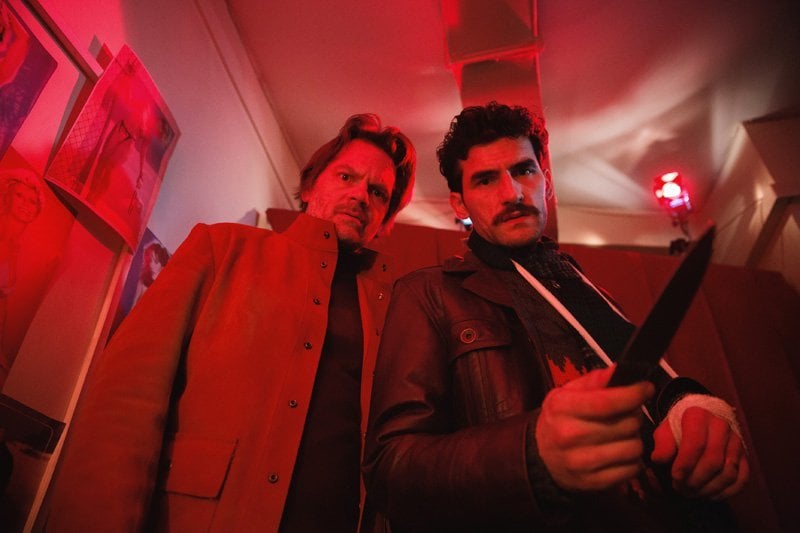 After an eight-episode prequel series to his own cult film, David Wain is back with a sequel to his teen sex comedy parody in Wet Hot American Summer: Ten Years Later, which takes places in 1991 partly at a camp reunion. Most of its now-famous ensemble cast returns from the new show, including Chris Pine, Amy Poehler, Elizabeth Banks, Kristen Wiig, Jason Schwartzman, and Paul Rudd. There are a bunch of newcomers too, in Adam Scott, Mark Feuerstein, Alyssa Milano, and Jai Courtney.

Marvel’s The Defenders
When: August 18
Where: Netflix

After four individual series for Marvel’s New York street-level heroes Matt Murdock (Charlie Cox), Jessica Jones (Krysten Ritter), Luke Cage (Mike Colter), and Danny Rand (Finn Jones), Netflix is bringing them together for an eight-episode get-together. Created by Douglas Petrie and Marco Ramirez, the mini-series will include a lot of punching (and signature hall fighting) as the quarter take on a major common enemy: The Hand, led by Signourney Weaver’s Alexandra.

Halt and Catch Fire
When: August 19
Where: AMC

AMC’s period drama set in the PC revolution of the 80s and then the birth of the Internet in the 90s has risen in critical acclaim during its three-year run, winning praise for its visual style, focus on women, and compelling performances from its protagonists. Partly inspired by Steve Jobs’ biography, Halt and Catch Fire returns for a fourth and final season that will kick off with a two-hour premiere. Veep’s Anna Chlumsky is a new cast member.

Based on Ilana Glazer and Abbi Jacobson’s real-life friendship, and upgraded from their web series status due to Amy Poehler’s mentoring, Broad City has blossomed into one of the best comedies on air over the last three years, thanks to the chemistry of its two leads, the authenticity of the writing and humour that takes no prisoners. Ilana and Abbi play fictionalised versions of themselves on the show, who share common interests, including marijuana and eschewing all responsibilities of being an adult.

You’re the Worst
When: September 6
Where: FXX

Created by Stephen Falk, You’re the Worst is as pessimistic about people as its title and central duo, the self-obsessed Jimmy (Chris Geere) and the self-destructive Gretchen (Aya Cash). Alongside, the show has never been afraid to tackle serious issues, be it truthfully exploring the effects of clinical depression in season two, and then hitting at the flaws of veterans’ care in season three, all while letting its cast be immature adults. The fourth season will begin with a one-hour premiere, exploring the fallout of Jimmy fleeing the scene. 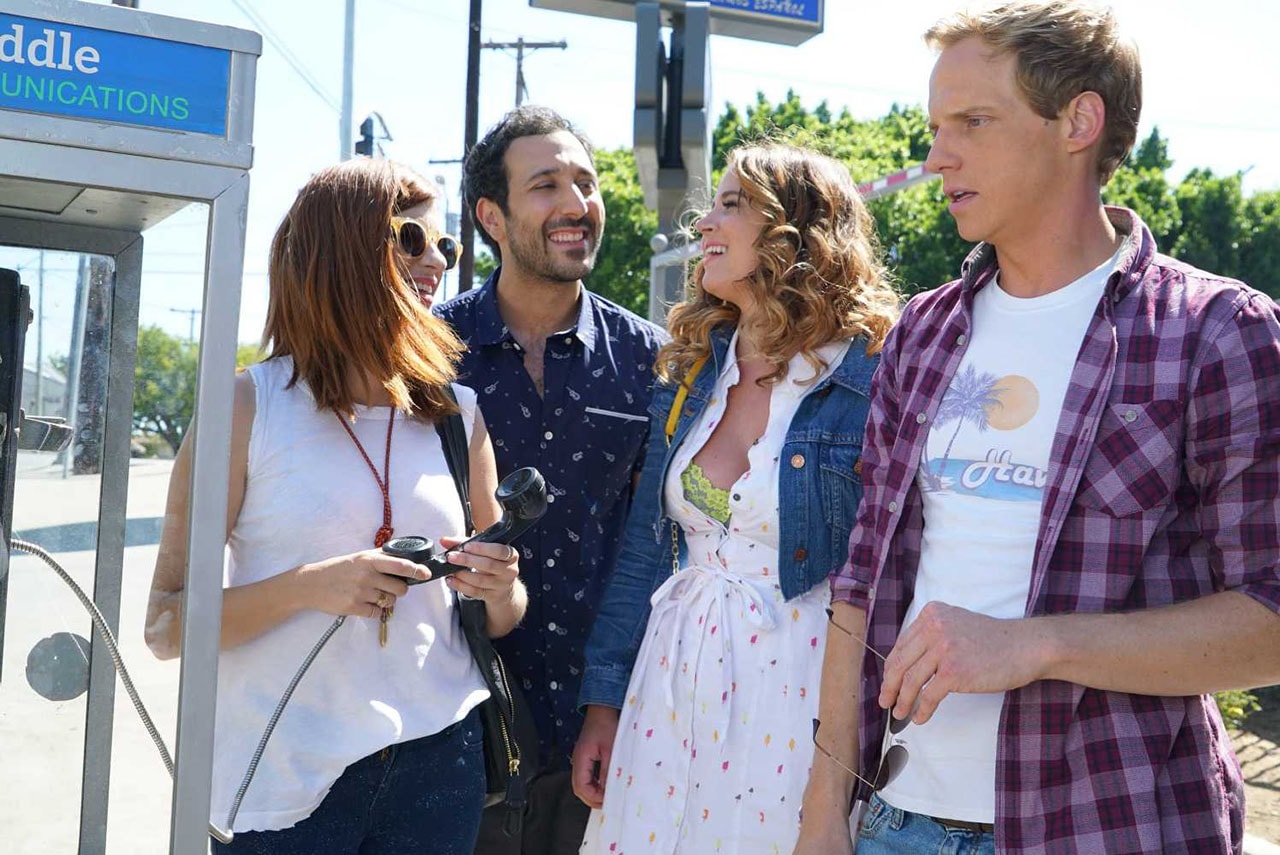 The Deuce
When: September 10
Where: HBO

The Orville
When: September 10
Where: Fox

What if Star Trek was a sitcom? That’s the premise for Family Guy creator Seth MacFarlane’s new series, which is set 400 years in the future aboard an interstellar ship called the Orville, replete with aliens and colour-coded uniforms. MacFarlane plays the captain himself, while Adrianne Palicki joins the crew as first officer and his ex-wife. Expect the series to draw a lot of its humour out of that awkwardness, as it boldly goes where no man probably wants to. Jon Favreau (Iron Man, The Jungle Book) directed the pilot of 13-episode first season.

A semi-autobiographical representation of co-creator and star Pamela Adlon’s life, which finds her raising three young daughters on her own, Better Things was an honest, eye-opening outlook on the demands of solo parenting while having to also provide for them. Louis CK is a co-creator and executive producer on the show, who co-wrote many of the first season episodes with Adlon. In a change of scenery, the second season will be entirely directed by Adlon herself. 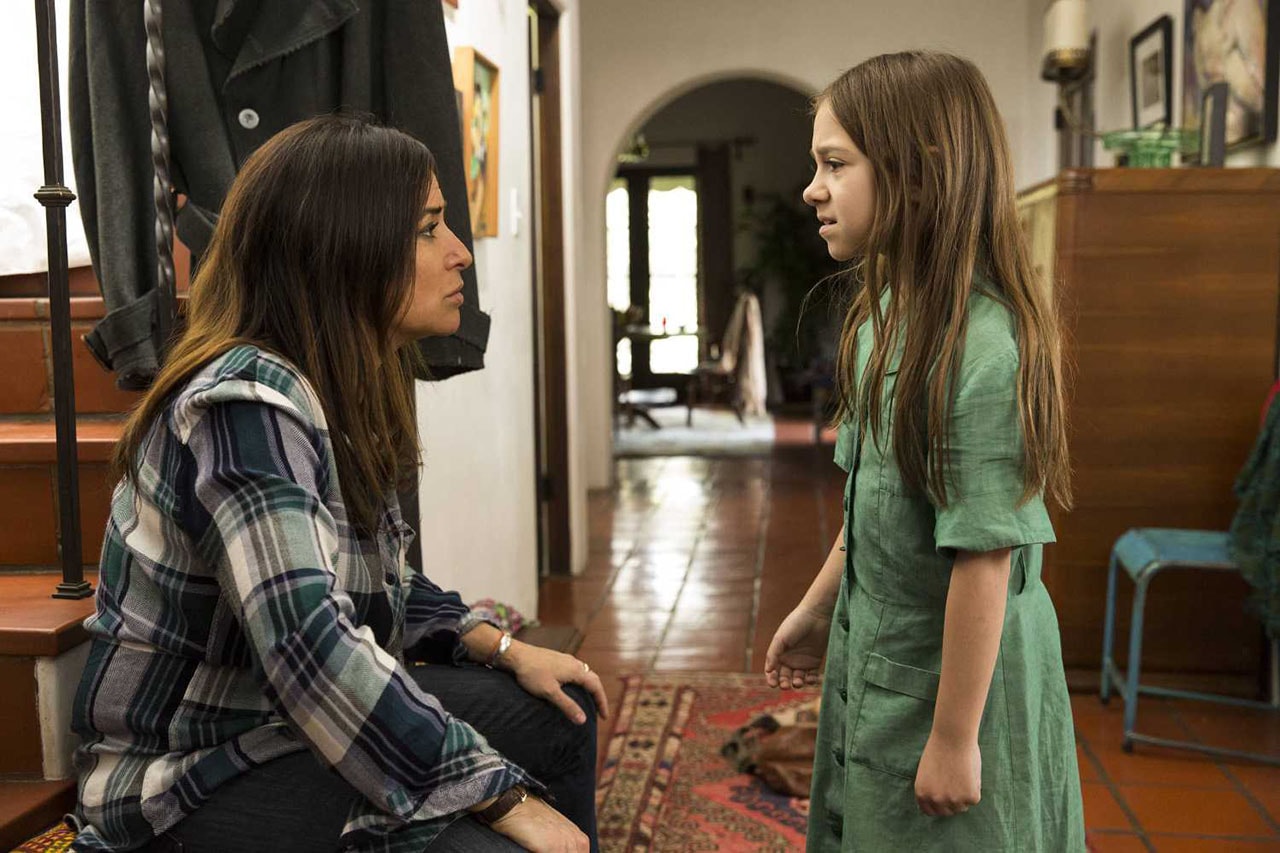 Studios tend to extensively plan their autumn schedule, so we already know a lot about what’s coming after the summer. We’ll have a detailed round-up late in September, but here’s what we have so far:

Further reading: Hollywood, Game of Thrones, Marvel, The Defenders, Rick and Morty, Castlevania
Akhil Arora Email Akhil Akhil identifies himself as a stickler for detail and accuracy, and strongly believes that robots will one day take over most human jobs. In his free time, you will find Akhil beating the computer at EA Sports FIFA or streaming new highly-rated TV series. More
Spice Is Back: Brand Revamped Under Joint Venture With Transsion
Vivo X9s Plus Renders Released Ahead of Thursday's Launch, Specifications Leaked