In recent years, television has proved to be the best medium for storytelling. It has allowed for serialised depictions across a multitude of genres, and buoyed by the accepted concept of mass consumption aka “binge watching”, creators have embraced the small screen as a way to string together episodes – almost like chapters in a novel – that, seen in a go, resemble an extended film.

2016 was another brilliant year for television series, and with the end of the year upon us, we’ve decided to put together a list of the best shows that aired in the past 12 months. At Gadgets 360, our entertainment focus is around things that inspire intense fan conversation, and drive conversation in pop culture - stuff that wouldn’t be out of place at Comic Con. With that in mind, here are the best TV shows of 2016 in chronological order:

Game of Thrones
Let’s be honest – Game of Thrones wasn’t anywhere close to its best in the opening few episodes of the latest season. Too often, it eschewed character progression in favour of speeding up the narrative, while holding back all of its reveals and shocks for the season’s finish. Save for a few touching moments involving Hodor, and a couple of fiery ones with Daenerys, it all seemed like filler.

But Game of Thrones redeemed itself with the season finale, which expertly handled its various turns, be it impressing us with visual splendour, or reflecting on key character moments. The show may continue to suffer without the guiding hand of George RR Martin’s written word – there is still no release date for the sixth book – but the show remains as captivating as ever.

Game of Thrones may still have problems to sort out, but it’s still one of the remarkable entries on television. It is known. 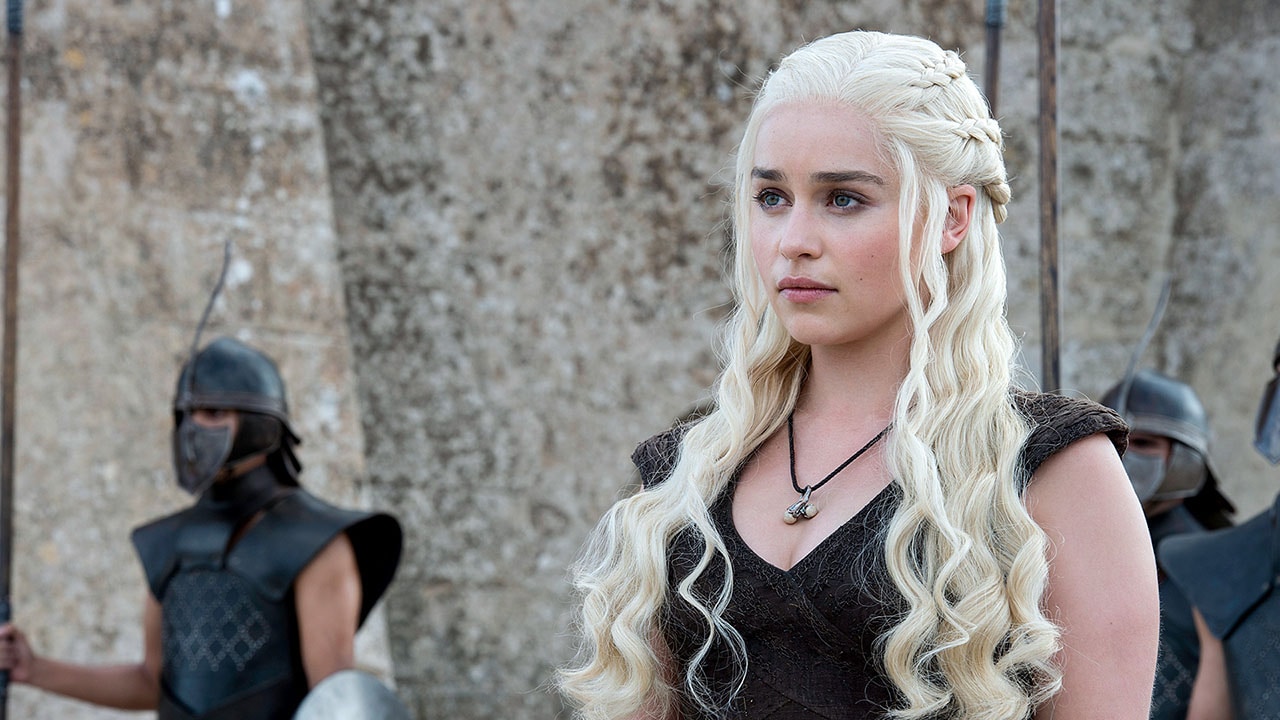 Silicon Valley
In its third year, Silicon Valley retains its sharp satire-clad knives as it butchers the attitudes, follies, and doings of Bay Area technology companies. Co-creator Mike Judge may still hew closely to stereotypes when it comes to defining his characters, but the show is bolstered by some great writing and fantastic dialogues that do more than enough to make it into one of the best comedies on television.

"You've created a company that is too valuable for you to run. You should be proud," Laurie remarks to Richard in the season opener.

Beyond that, the latest season provided for tons of humour thanks to an unthinkable change of direction for the new Pied Piper, Hooli boss Gavin Belson’s decisions proving to be great popcorn fodder as always, and the gang never failing to come up with the weirdest ideas – from R.I.G.B.Y (Richard is Great, But Y’know) to Bangladeshi click farms.

Mr. Robot
After turning into a breakout hit last summer that won a couple of Golden Globes and an Emmy, there were high expectations from Mr. Robot for its second outing. For the most part, it deftly managed to hit those – at least for those fans who weren’t too busy dissecting and judging the reality-altering twist designed by creator and showrunner Sam Esmail.

The second season continued the visual and aural flourishes that make the show so unique – its non-traditional compositions, and offbeat soundtrack pairings – and added to it by using shooting and edit styles that brought a new outlook on action scenes. Mr. Robot outdid itself with the season’s sixth episode, which turned the desaturated gritty hacker drama into a brightly-coloured twisted sitcom.

Having an unreliable narrator and protagonist at the centre has helped Mr. Robot deliver mystery and outlandish plots, but hopefully it’s a trick that Esmail will use with more finesse with the third season.

(Read our review: Mr. Robot Season 2 – Keeping It Close to the Chest) 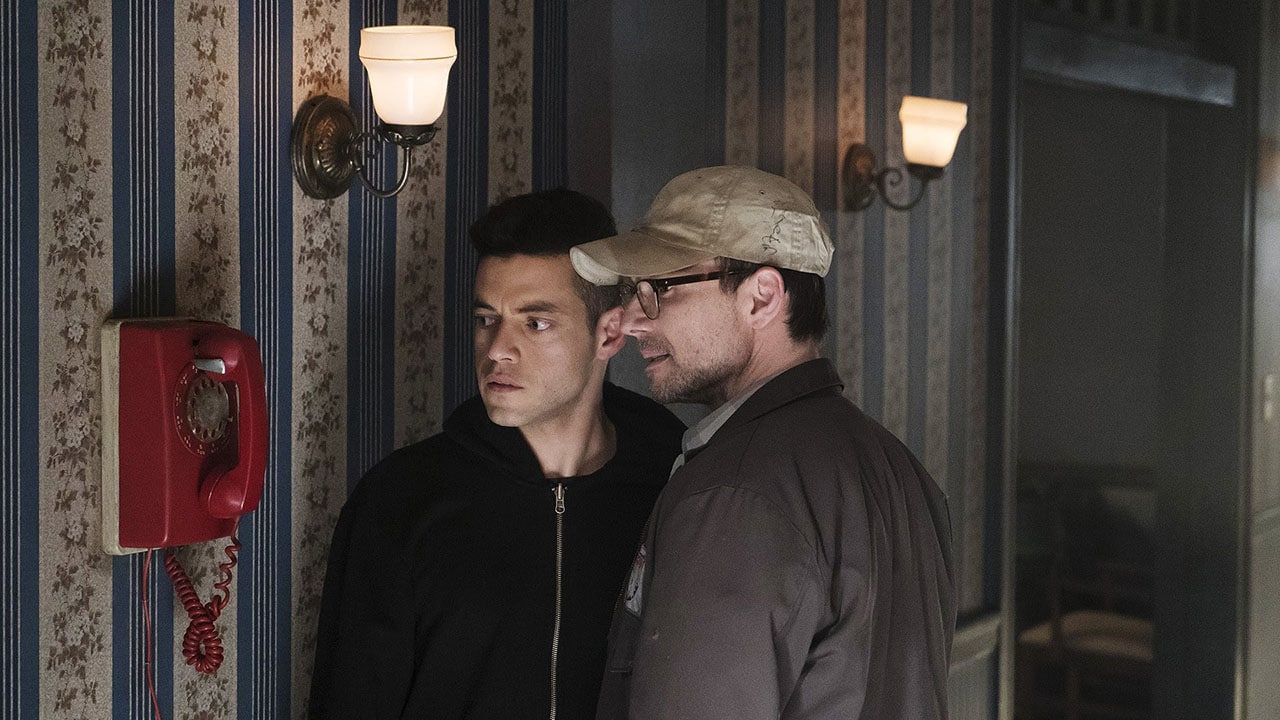 Stranger Things
No one could have predicted that a show that channels 80s horror-thrillers mixed in with high school drama and charm of small-town America would be this summer’s biggest hit, but Stranger Things managed to do just that for Netflix. The series’ creators – the Duffer brothers – draw on all of their favourite 80s things, including early works of Steven Spielberg, the writings of Stephen King, and music similar to the original Tron.

At the centre of the show’s mystery was an eclectic group of four kids, from the innocent charms of Dustin, Mike, and Lucas’ constant push-and-pull and bickering, and a past that haunts and defines Eleven. While most of the show’s best moments involve the young quartet, the adult actors Winona Ryder and David Harbour helped anchor the show’s heavy demands.

It may have been easy to dismiss Stranger Things as riding purely on nostalgia, but it managed to craft a gripping narrative that slowly takes its hold on you. 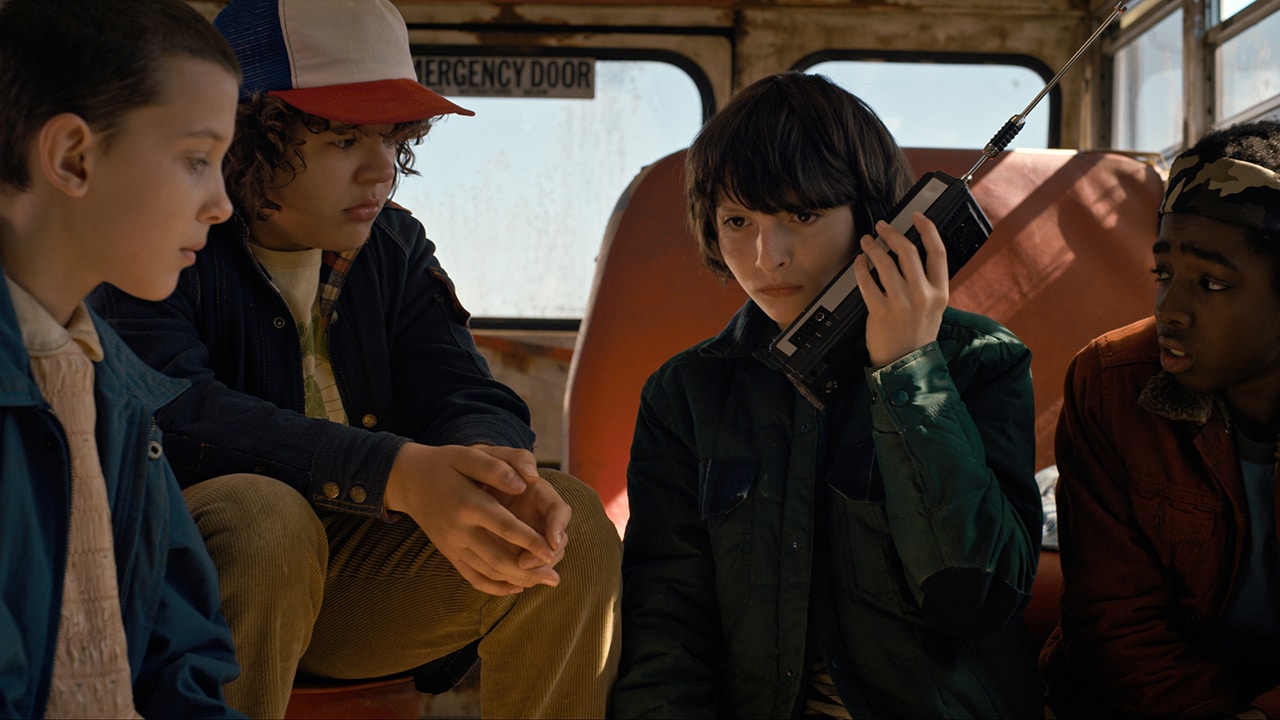 Marvel’s Luke Cage
Where Marvel’s big screen offerings have too often relied on spectacle, its TV partnership with Netflix has resulted in interesting and authentic character stories. If Daredevil is about the internal struggle of principles, and Jessica Jones an exploration of rape and modern misogyny, Luke Cage finds itself taking on all the issues circling the African-American community – identity, self-expression, honour, societal conditions, hierarchy, and police neglect some of them.

And through that particular lens, Luke Cage also celebrates the culture and icons – from including hip hop music as soundtrack across the first season, getting actual artists to perform in a fictional nightclub, name-checking everyone from LeBron James to Walter Mosely, and using Gang Starr songs for episode titles.

The standard problems of superhero shows do linger – Cage’s origin story is unimpressive, characters harbour unjustifiable motives, and 13 episodes seems a forced count rather than a creative decision – but Luke Cage is still miles ahead of everything Marvel presents on film. 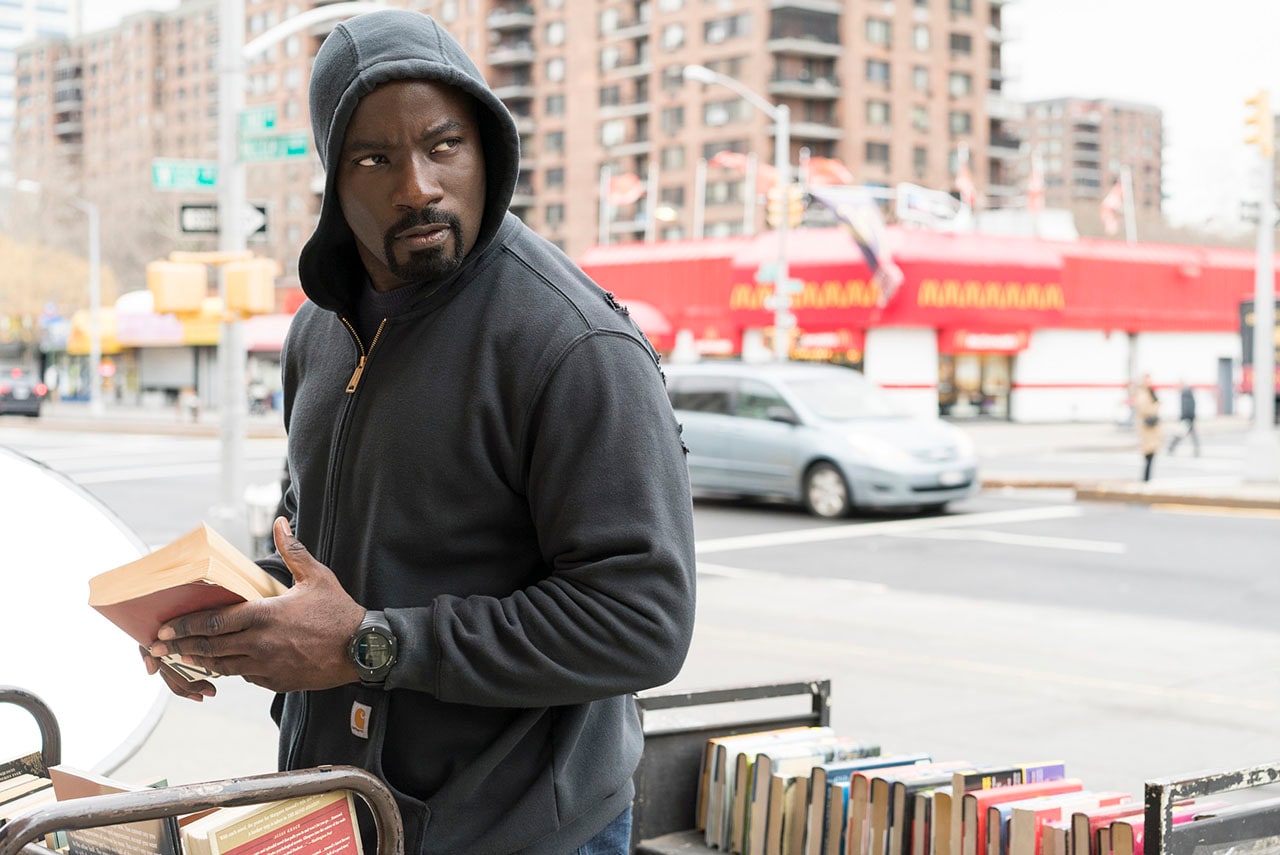 Westworld
Jonathan Nolan – brother of the famous film director Christopher Nolan – has always loved hitting upon the topic of artificial intelligence, and the nature of consciousness. Previously, he did so for five seasons with Person of Interest, which deepened its study of the subject matter – a mass-surveillance system called the Machine – to explore the scenario of hive mind and multiple consciousness.

In Westworld, a show about a futuristic theme park full of sentient androids and their human masters, Nolan – along with wife Lisa Joy – is exploring similar yet different ideas. The first season, running on multiple timelines, touched upon what makes an individual, the value of free will, and the importance of struggle in our lifetime among many others.

Helped by a stellar cast – from Anthony Hopkins, Evan Rachel Wood, Jeffrey Wright, and Thandie Newton – and a narrative that’s drowning in mystery, the first season of Westworld was a complex and violent delight. 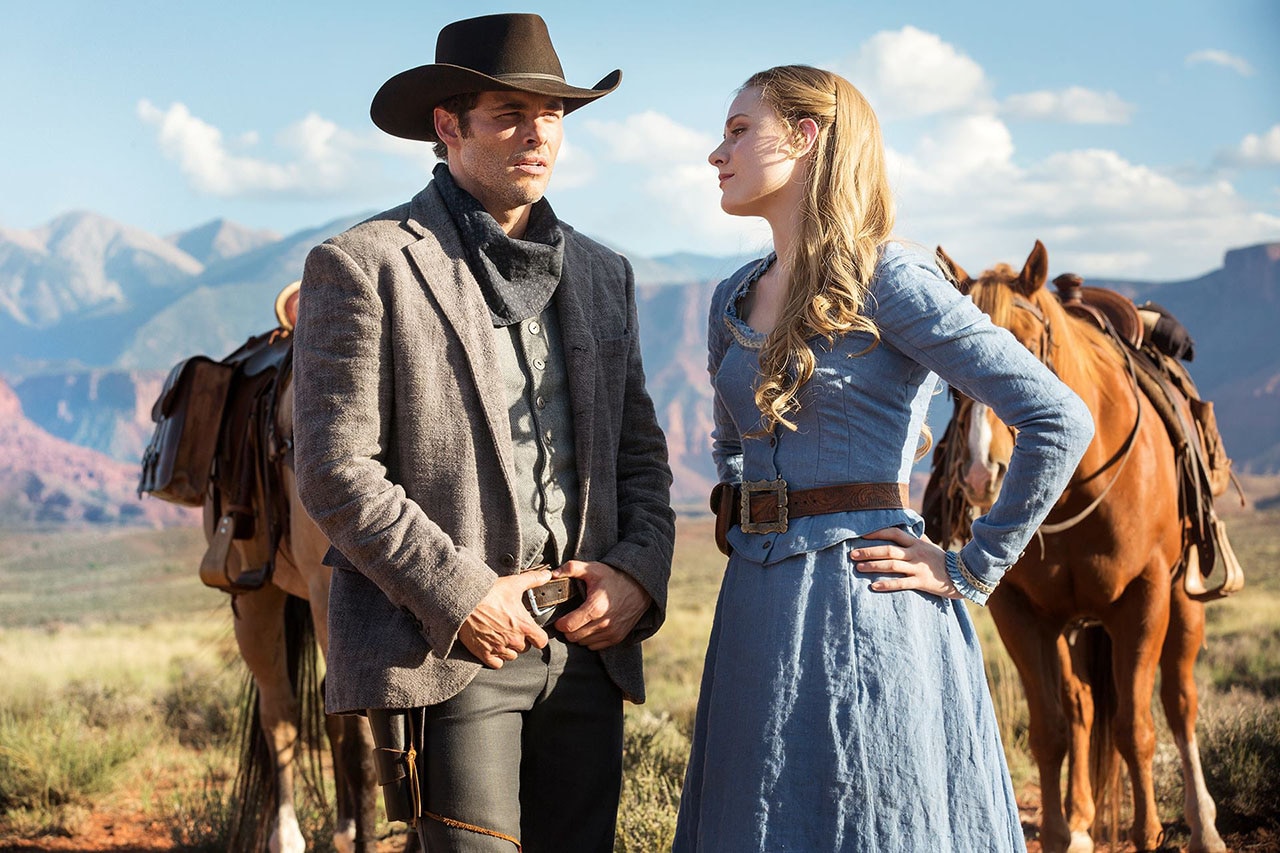 Black Mirror
In the time Black Mirror spent off air, technology has grown to be an even more integral part of our lives. And that’s why Charlie Brooker’s prescient take on how it can be the catalyst for unthinkable dangers was needed more than ever. The show’s third season gave us just that, mostly through a cynical and dystopian viewpoint, via six independent episodes.

Given the show’s nature and history, Black Mirror’s continuation on Netflix shone thanks not just to its array of cast – Bryce Dallas Howard, Mackenzie Davis, and Kelly Macdonald among others – but also the topics – child pornography, augmented reality, mob mentality on social media, and taking Yelp for people to its logical extreme - handled so well by Brooker.

Ironically then, its best episode out of the six – San Junipero – was one where it provided us with a happy ending, courtesy of a hopeful use of technology.

(Read our review: Black Mirror Season 3: As Good as Ever) 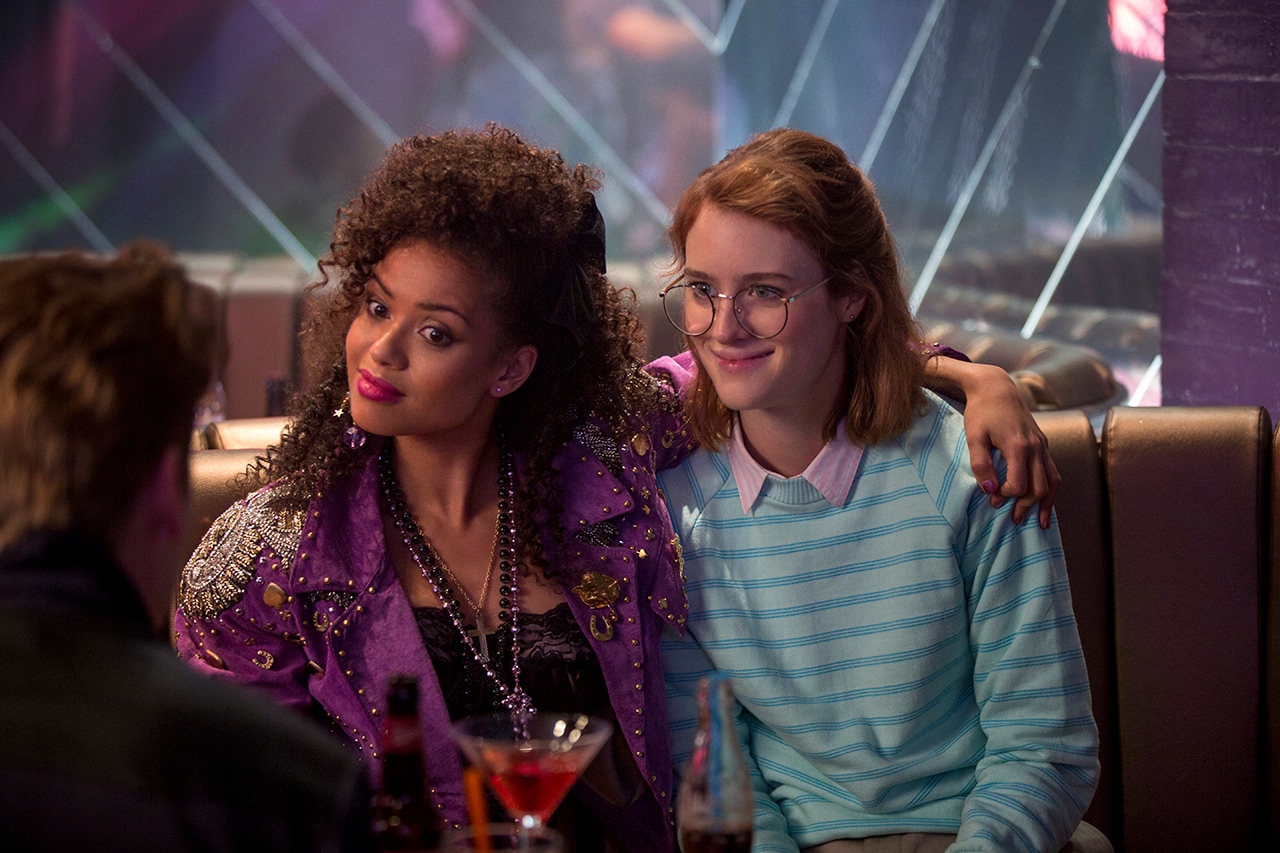