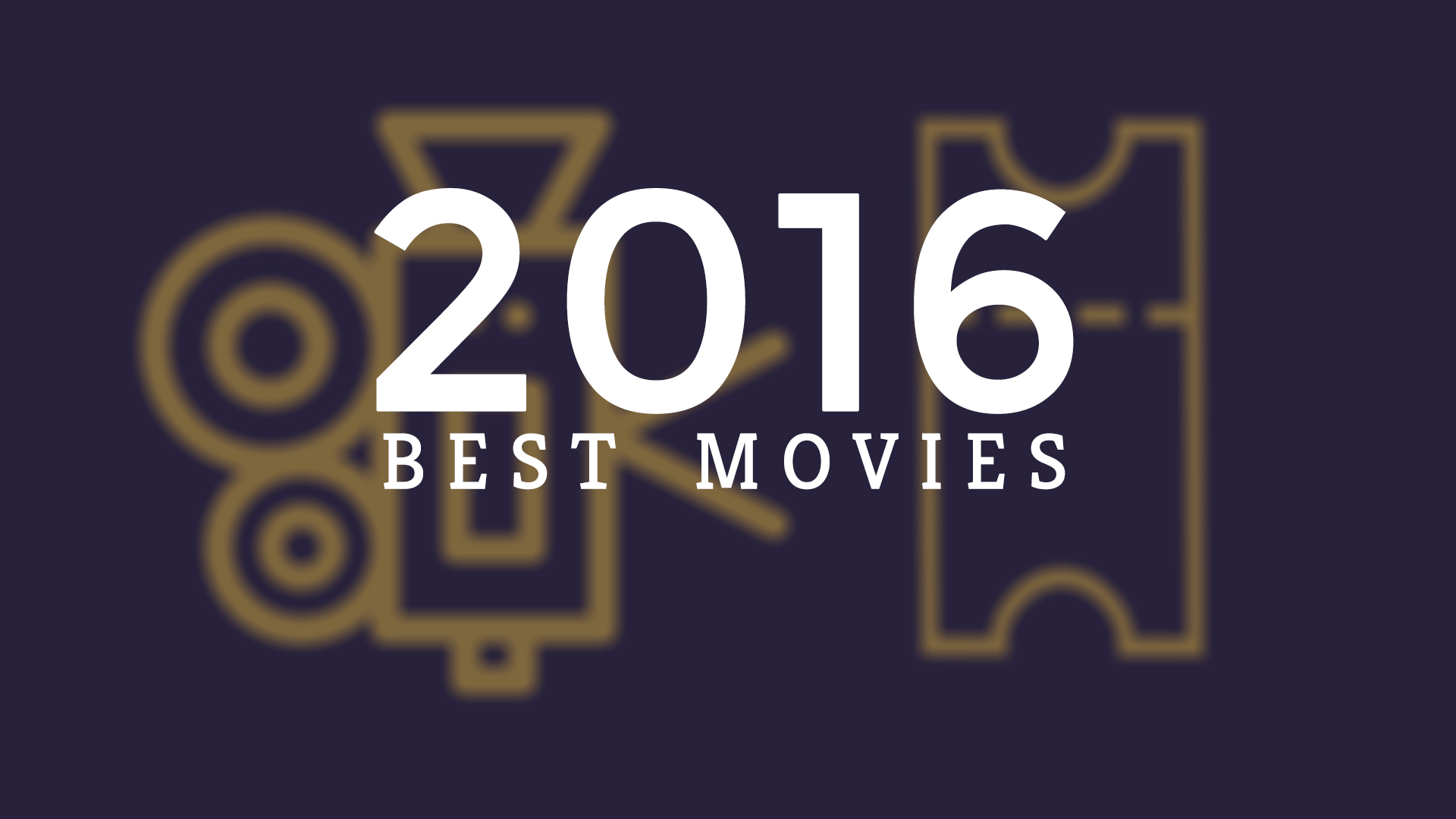 If you’re into mainstream pop culture like we are, 2016 wasn’t a great year for films. Tent-pole fixtures – especially those part of a franchise – have become clunky and unable to provide a meaningful direction; or fearful, and afraid to disturb status quo and put off any section of the audience. That’s why the biggest ones this year – Batman v Superman: Dawn of Justice, and Captain America: Civil War – were such massive disappointments. And don't even get us started on Suicide Squad.

Thankfully, there were still (just) enough films out there this year that wowed us, enthralled visually, made us reflect on the themes being explored, and left us pondering for hours afterwards. At Gadgets 360, our entertainment focus is around things that inspire intense fan conversation, and drive conversation in pop culture. In a sense, it’s whatever wouldn’t be out of place at a Comic Con. With that in mind, here are the best movies of 2016, in chronological order:

Zootopia
Set in a world where every human role is fulfilled by animals of all shapes and sizes who have moved beyond their primal instincts, Zootopia – a place where “anyone can be anything” – followed a bunny (Ginnifer Goodwin) chasing its dream of becoming a cop. Helped by funny exchanges and drawing clever parallels to our world, the film delivered its all-too necessary message of tolerance, racial diversity, and stereotyping with equal parts wit and panache. And while it may generally be considered a children’s movie, Zootopia’s lessons apply to all adults, ones that became even more relevant as the year went by.

Zootopia not only earned over a billion dollars in theatres, but also picked up the best animated film award at Critics’ Choice, and has been nominated at the Golden Globes. Expect it to lead the Oscar race.

The Jungle Book
Jon Favreau directed this live-action retelling of Rudyard Kipling’s The Jungle Book, which was shot entirely in a warehouse in California with actor Neel Sethi (Mowgli). The rest of it – all of the animals, the lush Indian jungles, the water in the river, and even the sunlight falling on faces – was created on computers. It still looks just as real though, and bolstered by Favreau’s gentle touch and visual ingenuity, the film never overdoes its special effects. It does simplify some elements from the book, but The Jungle Book was still a treat to behold.

Owing to it success – it grossed over $950 million worldwide – Disney has tasked Favreau with a sequel and a live-action adaptation of The Lion King.

Finding Dory
On the surface, a film like Finding Dory may appear to be the ultimate cash grab opportunity. After all, Pixar’s collection of making sequels and prequels has shot upwards ever since it was acquired by Disney. And it’s a trick that works too – Finding Dory has earned more at the worldwide box office than both Zootopia and The Jungle Book. Thankfully, Pixar also has some of the best writing and designing talent in animation – which gave us two gifts, in Baby Dory and red octopus Hank. Finding Dory also carried a wonderful message about living with disability – Dory is amnesiac – which it conveyed with emotional nuance.

Kubo and the Two Strings
Travis Knight’s directorial debut about a boy named Kubo with magical powers who can make origami come to life by playing tunes on his shamisen turned out to be much more mature than it may seem at first glance. Driven by excellent stop-motion animation skills of Studio Laika, Kubo and the Two Strings proved to be a moving and touching story as it showcased a brilliant portrayal of how to deal with grief. Even with the likes of Matthew McConaughey, Charlize Theron, and Ralph Fiennes lending their voices to the film, a lack of marketing budget – Focus Features is no Disney – meant it could only muster $69 million worldwide. Go give some money to indie cinema if you haven’t seen it.

Doctor Strange
This year has been terrible for tent pole fixtures, be it the overly cynical Batman v Superman: Dawn of Justice, the too-timid Marvel fixture Captain America: Civil War, or the dumpster fire that was Suicide Squad. Doctor Strange, starring Benedict Cumberbatch as the titular hero, was therefore a much needed return to form. While the film does suffer from a standard plot arrangement and half-baked side characters, it makes up for it through sheer visual delight – combining magic, Inception's world-folding ideas, and a whole lot of spell-casting. Compared to the other instalments in the Marvel Cinematic Universe, it’s definitely out there, but all in an enjoyable fashion. Marvel won’t stop making these films – we will get three more in 2017 – so the least they can do is entertain us.

(Read our review: Doctor Strange Is a Visually Dazzling Film That Adds Magic to the Marvel Universe)

Arrival
With Arrival, Denis Villeneuve strayed away from directing back-to-back crime-thrillers for a thinking man’s sci-fi film. Led by a strong performance by Amy Adams as Dr Louise Banks, a professor of comparative linguistics, Arrival approached the enchanting prospect of alien first-contact from a unique perspective – how the hell would we communicate? But the film doesn’t get bogged down by those answers, and instead pushes forward to explore philosophical themes around free-will, experiences and memory, and even destiny. Armed with a mind-bending twist in the third act, and reflecting on the balance between grief and joy, Arrival masterfully delivers both personal and global messages.

Moana
Moana is the latest instant-classic from Disney, with beautiful visuals, action, adventure, and a handy helping of humour as well. It’s been a few years since Frozen, but comparisons are inevitable as Moana is more of a traditional Disney princess film than Zootopia or Big Hero 6. But although it has a lot of fantastic music, there's no one track that's as much of an ear worm as Let It Go, for better or for worse.

Lin Manuel Miranda of Hamilton fame is behind the soundtrack of Moana, and his signature style can easily be detected in some of the songs including the wonderful We Know the Way, though Dwayne "the Rock" Johnson singing You're Welcome stole the show for us. He seems to be the perfect fit for the role of demi-god Maui, while newcomer Auli'i Cravalho does a superb job as Moana, and the film is a delight to watch.

Rogue One
Rogue One marked uncharted territory for Lucasfilm’s Star Wars universe – it’s the first experiment by Disney in the standalone spin-off category since acquiring the company back in 2012. The film’s story comes from the opening crawl of 1977’s Star Wars, and follows a bunch of Rebel spies who are after the Death Star plans. It was an interesting gamble, with it being the first Star Wars film that didn’t have any Jedi, hardly any aliens, and no iconic villains.

Rogue One was also more serious and darker than any other Star Wars film before it, and that meant it was mostly for adult Star Wars fans. Thankfully, director Gareth Edwards was up to the task. He navigates the action-heavy latter half of Rogue One quite well, balancing heroism with a brush of realism. It’s a gritty war film at its crux, even if it takes too long to get there, but one Star Wars fans embraced wholeheartedly.

(Read our review: Rogue One Is the Star Wars Prequel Fans of the Original Trilogy Deserve)