The Best Movies of 2017 You Probably Didn't See

Like the years preceding it, 2017 has been filled with amazing movies, some of which we've had the pleasure of watching while others will release over the next few months with the awards season in full swing. If you've been following critics publishing their year-end lists, you've likely heard these names multiple times over: Lady Bird, Call Me by Your Name, Phantom Thread, The Shape of Water, and Three Billboards Outside Ebbing, Missouri.

But there is a lot of good cinema that hasn't got the same level of attention as the aforementioned films, either due to its origin outside Hollywood origin, or a lack of accessibility (most won't be easily available for some months). But that doesn't mean it's any less deserving – in fact, the films below are more global, and hence more reflective of the world we live in.

You'll see some of the following movies at the Oscars next year, and you might have already watched some of them if you're lucky enough to attend an international film festival. Here are the best hidden-gem movies of 2017 that deserve a place in your bookmarks/ wishlist:

A Fantastic Woman
Chile's first openly transgender actor, Daniela Vega, stars as a trans waitress and singer named Marina in this socially aware and compelling character study film, who feels the full wrath of society after the unexpected and sudden death of her lover, an older man named Orlando. His ex-wife forbids Marina from attending the funeral, a detective looks at her as a sex worker and suspect, and Orlando's son threatens to throw her out of the flat she used to live in.

Instead of being able to properly mourn Orlando, Marina must confront both family and society, and fight for the right to be herself: a woman. Shortlisted at next year's Oscars for best foreign-language film, A Fantastic Woman is a compelling portrayal of grief and alienation, bolstered by Vega's multi-layered, expressive and steady performance of a character she understands, and brought to life with immaculate control by director Sebastián Lelio. 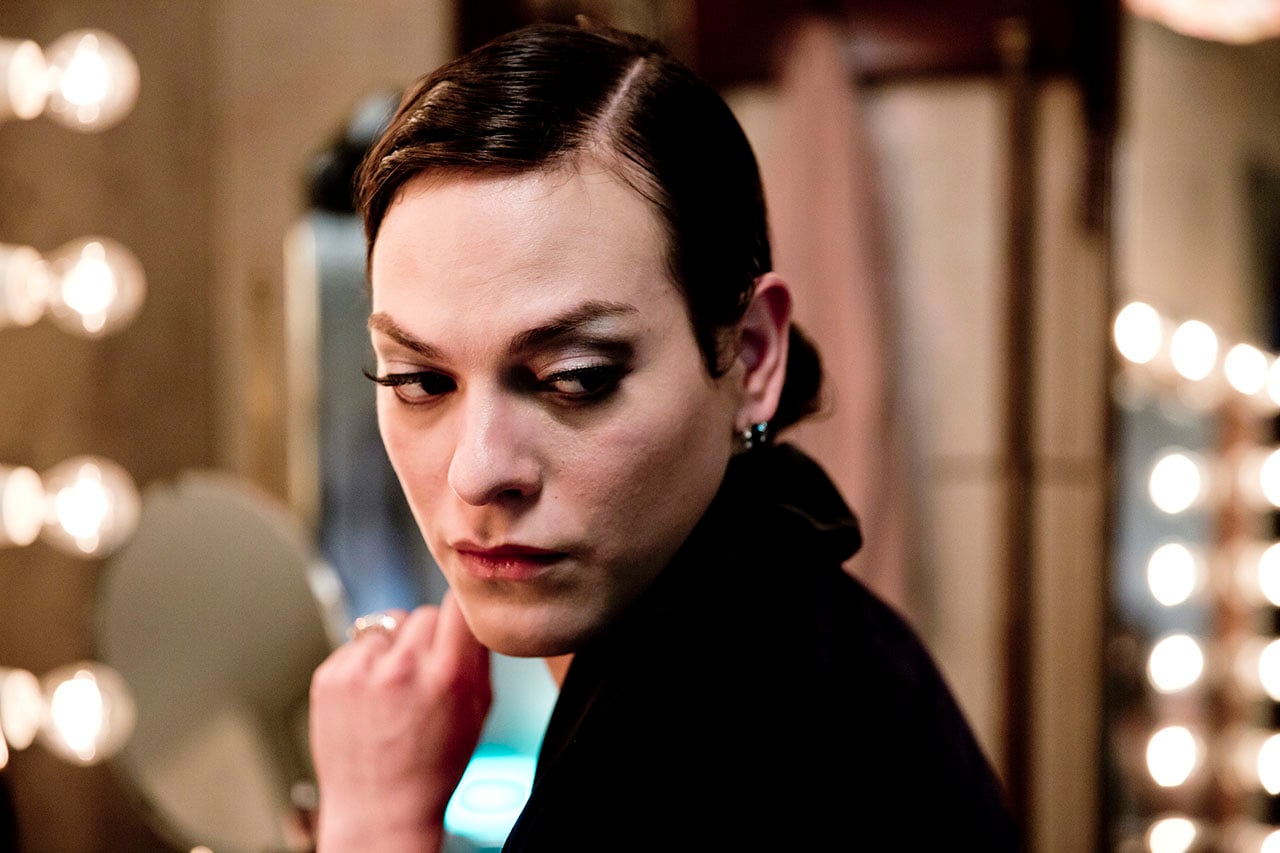 Ex Libris: The New York Public Library
Ninety-two branches across three New York boroughs serving dozens of millions, the NYPL is one of the greatest knowledge and most democratic institutions in the US. In Ex Libris, the documentarian Frederick Wiseman goes behind the scenes, to observe and report how it functions, what it does, and the place it holds.

It's surprisingly moving, and reminds us that libraries aren't just about housing books, they're about people. And through the NYPL's inclusive message – all races and ethnicities are active participants in its working – Wiseman sends the most powerful of messages, without ever asking someone to sit down and explain to the camera, aka a talking head. 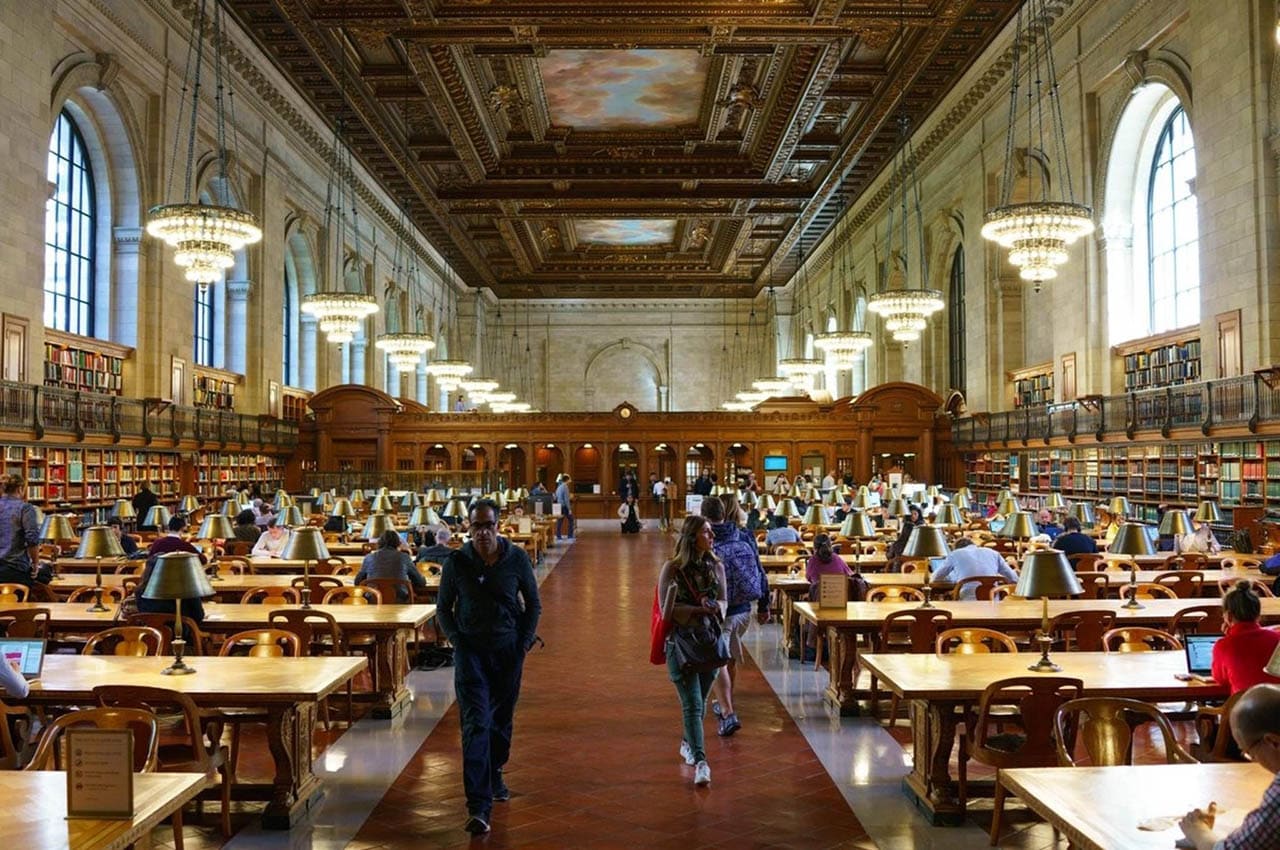 Faces Places
The 89-year-old Agnès Varda – known for her immense contributions to French New Wave – goes on a road journey with 33-year-old photographer and muralist JR in this documentary directed by the two, which sees them meeting locals in the villages and small towns across France, and then painting large portraits of them on houses, barns, storefronts, and trains.

Along the way, Faces Places also looks at the unlikely friendship between the two creators at its centre, an age difference of 55 years, and how their lifelong passion for images – but more importantly, the humanity in their subjects – moves, and unites them. The result is heart-warming, surprising, and undeniably political. 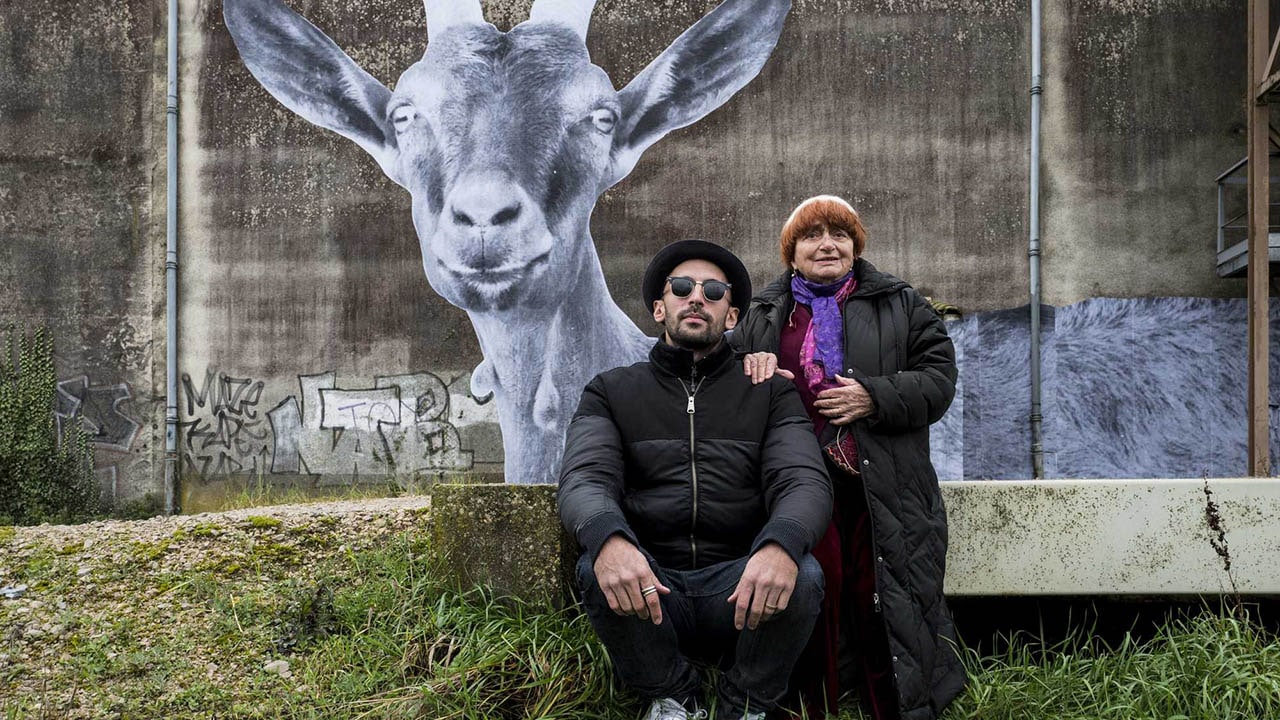 Foxtrot
Another film that's shortlisted for next year's Oscars, the Israeli drama Foxtrot is divided into three sections around the death of a young soldier: how his affluent parents handle grief with intrusions from rabid relatives and army officials, the son's experiences during his military service, and the life of the parents six months after. Through its subjects, it captures the emotions of a country that's being pulled apart.

Denounced by the Israeli ministry for spreading "anti-Israeli narrative", director Samuel Maoz said he criticises out of worry, and because he wants to protect it out of love. Though it's not for everyone thanks to its long close-ups and slow pacing, those who stick around will get to see a visually-brave and intricate depiction of repressed guilt, and a profound exploration of mourning and loss. God's Own Country
Being called a "Yorkshire Brokeback Mountain" by critics to easily describe what it's about, this love tale between an emotionally stifled English sheep farmer and an irrepressible Romanian migrant worker is anything but straightforward, though it does pay homage to that award-winning Ang Lee film with the struggle of two souls trying to find each other.

God's Own Country is smart enough to skip over the predictable story obstacles you expect from such a coming-out drama, and instead forges a thoughtful film about loneliness, identity, and society that contains a subtle pro-immigration subtext. It's a beautiful love story that couldn't be more timely in an era when there's ongoing discussion and debate of the consequences of a post-Brexit UK. 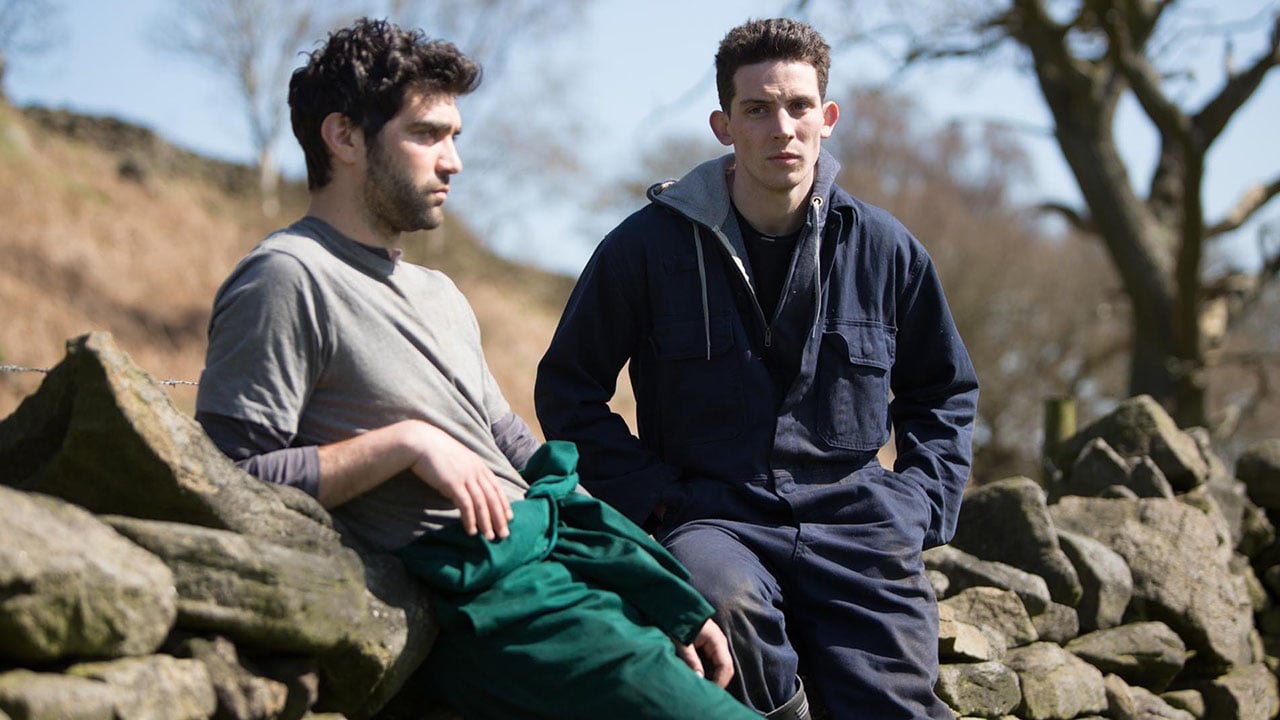 Jane
Jane Goodall, the 83-year-old primatologist, usually considered the world's best expert on chimpanzees, is the focus of this documentary that features over 100 hours of unused footage shot by future husband Hugo van Lawick in Gombe, Tanzinia during the 60s. The footage was only recently discovered sitting in a storage unit, and director Brett Morgen (Kurt Cobain: Montage of Heck) intercuts with present-day interviews for an in-depth look at Goodall's life.

Morgen understands that what makes the story tick is not the data she gathered about chimps in the wild, but rather the emotions the chimps brought out in herself. Jane is the portrait of a strong, remarkable woman who always fought for what she wanted, and helped us not just understand the world better, but also make it a better place to live in. It also has a wonderful score by the great Philip Glass. 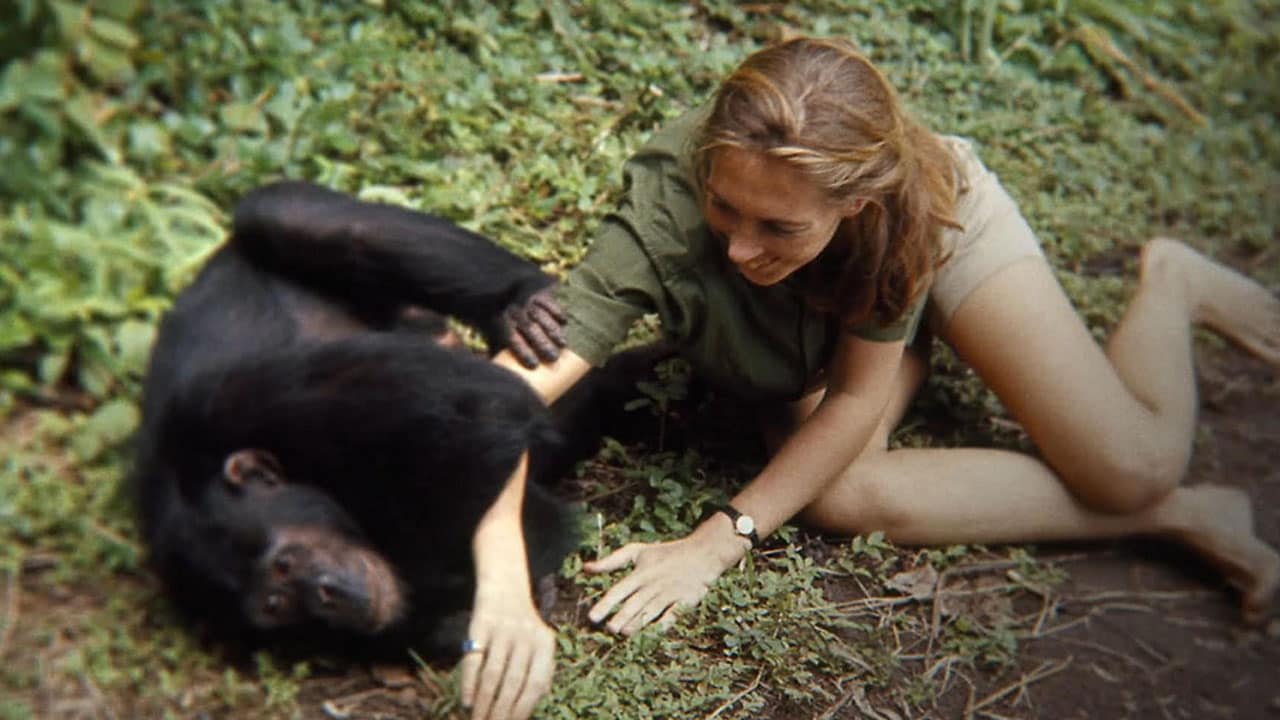 Loveless
Andrey Zvyagintsev's last film – 2014's Leviathan – prompted the Russian government to amend what films would be eligible for state funding, given its undercurrent of corruption in the country. His latest, Loveless, once again tackles the state of Russia, its police, society and anguish, through the lens of a missing 12-year-old, who runs away after seeing his about-to-divorce parents continually fight.

Winner of the Jury Prize at this year's Cannes, Loveless affords complexity to each of its characters, who are played wonderfully with sincerity and nuance by its two leads: the parents. Structured as a procedural crime thriller, the story is full of mystery and layers, offering a honest look at a country in crisis via a dissolving marriage. 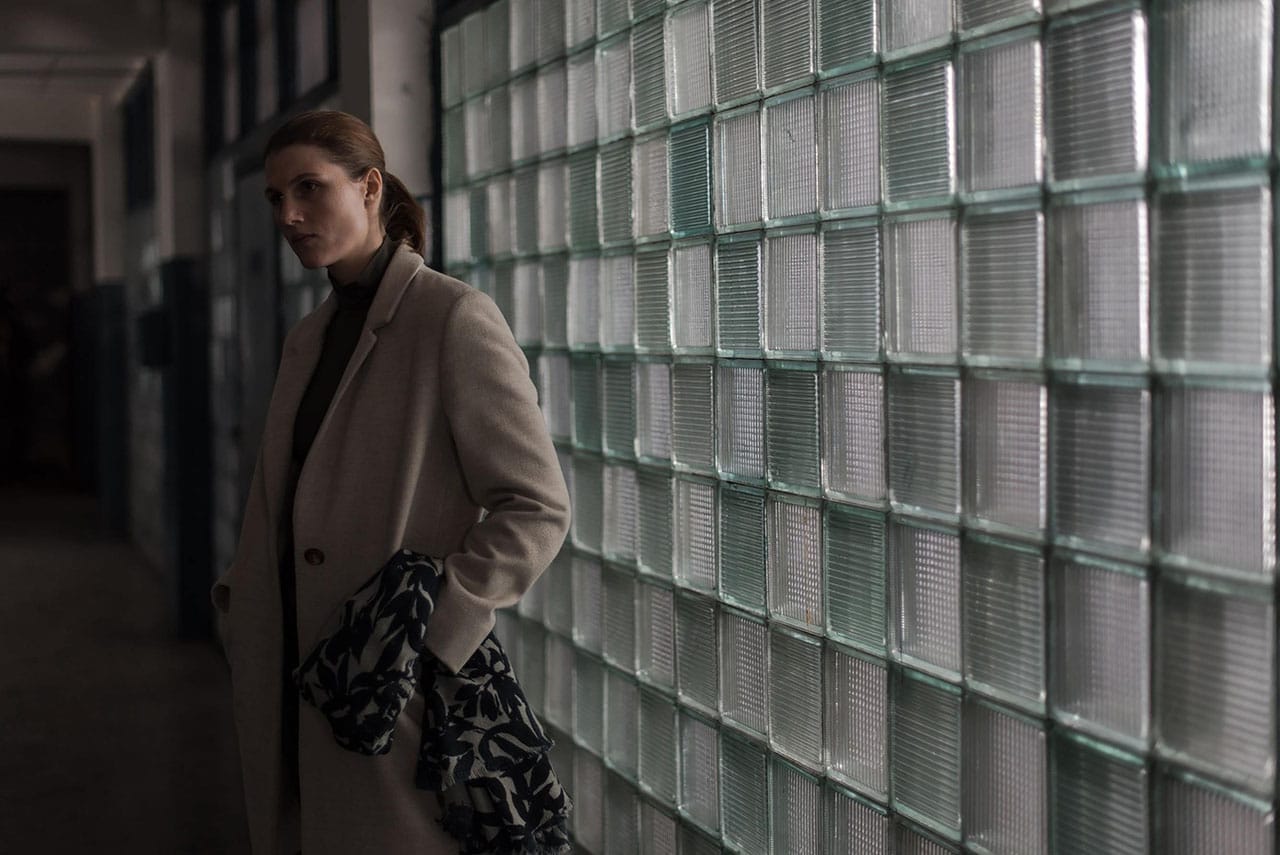 The Other Side of Hope
This Finnish film follows a Syrian refugee who arrives in Helsinki as a stowaway, and decides not to return to his native Aleppo even after being denied asylum by the government; and a salesman who has recently left his wife and job to buy a seafood restaurant that doesn't seem to be making any money. The two meet with the Syrian looking for his sister.

The Other Side of Hope isn't explicitly political, but rather a film about human decency, infused with humanity and solemn humour, showing how the cruelty of the bigots – Europe is grappling with an influx of migrants, and most countries are seeing a rise of far-right opposition – can have very real consequences for the unfortunate. All that's to say, it's very political. 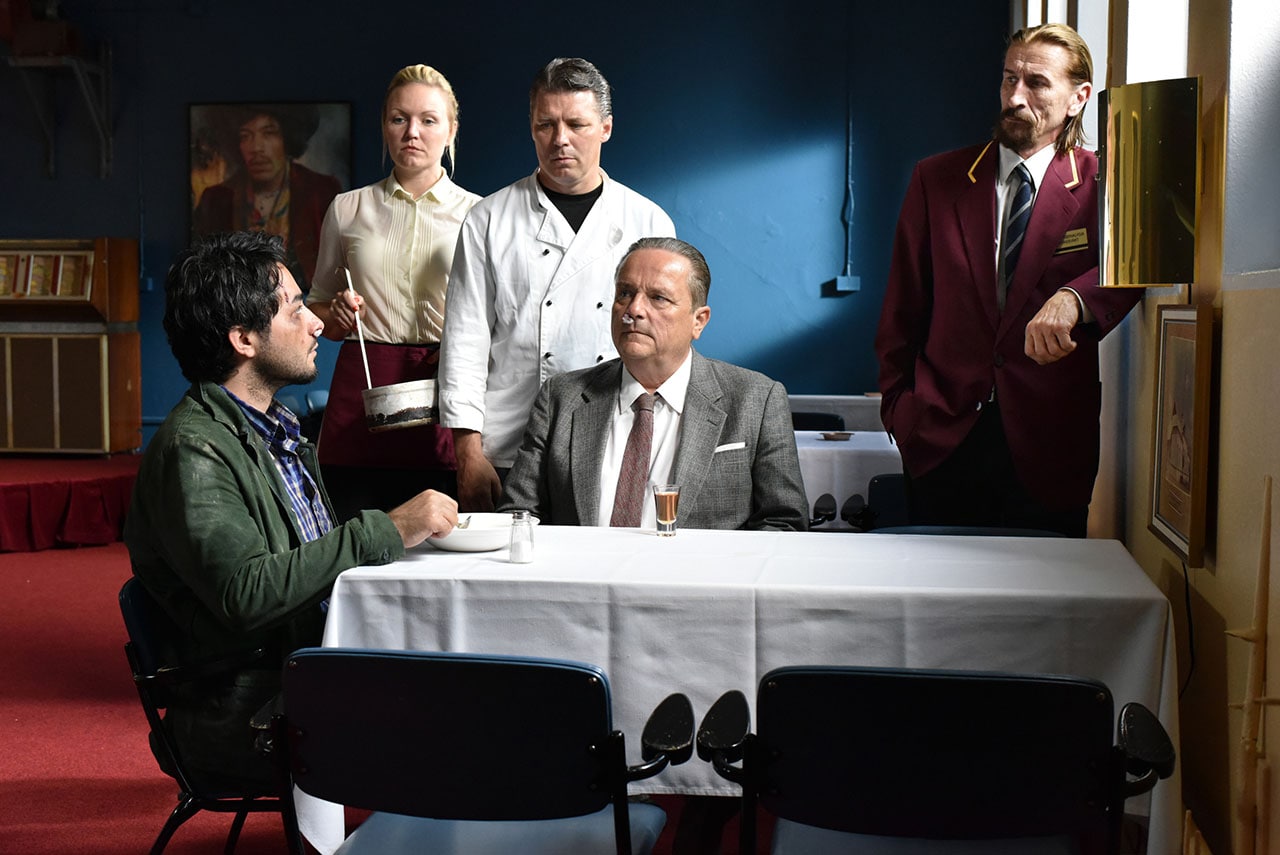 Further reading: Best of 2017, A Fantastic Woman, Oscars 2018, Ex Libris New York Public Library, Faces Places, Foxtrot, Gods Own Country, Jane, Loveless, The Other Side of Hope
Akhil Arora Email Akhil
Akhil Arora covers entertainment for Gadgets 360, interviewing stars such as Christian Bale and Anurag Kashyap, covering series premieres, product and service launches across the globe, and looking at American blockbusters and Indian dramas from a global socio-political and feminist perspective. As a Rotten Tomatoes-certified film critic, Akhil has reviewed over 150 movies and TV shows in over half a decade at Gadgets 360. When he is not completely caught up with new film and TV releases, Akhil ...More
WannaCry Ransomware Attack: North Korea UN Ambassador Asks US to Prove Claims
Oppo A75, A75s With 6-Inch 18:9 Displays Launched: Price, Specifications

The Best Movies of 2017 You Probably Didn't See
Comment