On Batman’s 80th Anniversary, a Look Back at His Popularity — and How He Cheated Death

And where he’s headed in the near future.

In 1985, Batman nearly died. Not the character, but the comic book he had appeared in for over forty years. With sales at an all-time low, DC Comics decided to hand the reins to writer Frank Miller, already a star in the world of comic books at that point, having earned his fame with Daredevil and Wolverine at Marvel Comics. Miller came out with “The Dark Knight Returns” in early 1986, featuring a 55-year-old retired Bruce Wayne who returns to fight crime in a dark, violent future, and then has to deal with the Gotham police, the US government, and ultimately Superman. It was published in what was called as “prestige format” — heavy-stock paper instead of newsprint — a gamble at that time.

“We didn't do graphic novels really before this,” DC archivist Benjamin LeClear tells Gadgets 360. “And because it was a book, it was on the New York Times bestseller list, which is something that never happened to a comic book. [... That was] the landmark for me. It reflected so many different changes, you have changes in society, it's mirroring what's happening in gritty parts of New York. But it was also a major artist being given the chance by us — in this case, Frank Miller — to put his own stamp on Batman. [...] We strive to let major artists have their own take on characters, and then also using experimental printing techniques that would allow for expanded colour and other work like that.”

And it worked. “The Dark Knight Returns” wasn't just a commercial success for Batman as a character, it — along with Alan Moore and Dave Gibbons' own DC miniseries, Watchmen, released in the same year — ushered in a new era of adult-oriented storytelling in comic books that appealed to both fans and the public at-large. Miller's work has influenced adaptations even thirty years later, with elements and ideas being used by writer-director Christopher Nolan on his trilogy concluding piece, The Dark Knight Rises, in 2012, followed by the Zack Snyder-directed Batman v Superman: Dawn of Justice in 2015.

Moreover, Miller's writings also retroactively cemented Batman's origin story, so to speak. Batman fans — and most audiences — know it by heart: the Wayne family went to the theatre, a young Bruce asked to leave, and on their way home in an alley, they were robbed and murdered, with the kid left as the only survivor. But Bob Kane, who co-created Batman in May 1939, had left out a key detail that Miller filled.

“What wasn't clear then is what movie they went to,” LeClear said. “And one of the funny things is that Bob Kane had talked about Batman being inspired partially by Zorro. And so, years later, when Frank Miller inserted that the movie they went to was Zorro, it's been the truth ever since then. So we have a key piece of the original story that's been repeated, not just in the same comics, but in other generations and other versions of Batman. The story has kinda stayed close to the same — we've added elements to it to, we've fleshed it out — and made it even more ingrained in our imagination.” 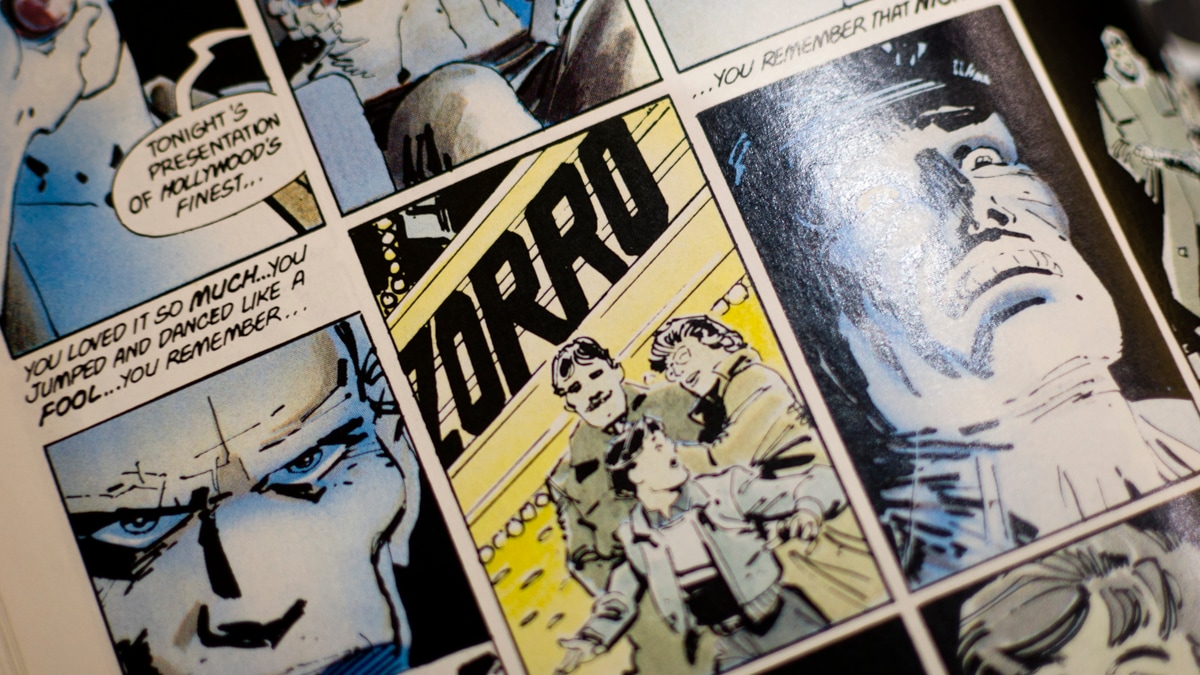 More importantly, the resurgence in Batman's popularity after “The Dark Knight Returns” led to an explosion on multiple fronts. Batman: The Animated Series premiered in 1992, continuing the tone, maturity, design, and complexity that Miller had set in place. LeClear thinks it served “the best of both worlds: a modern take but still had a look that looked like the 40s and 30s.” Batman: The Animated Series also served as the introduction of Harley Quinn, who is set to lead her own film in February 2020 — Birds of Prey (and the Fantabulous Emancipation of One Harley Quinn) — thanks to Margot Robbie's eye-catching performance in 2016's otherwise dumpster fire, Suicide Squad.

Batman's extended fame has even helped launch standalone comics for other characters, with Batgirl — in a young martial arts prodigy of Asian descent called Cassandra Cain, one of several to take up the mantle — getting her due at the turn of the century in 2000, followed by the introduction of wealthy heiress Kate Kane as Batwoman in 2006. (Birds of Prey will feature Cain, though it's unclear if she will adopt the Batgirl moniker.) And naturally, Batman has had spin-offs of his own such as Batman Beyond, team-ups with other big DC Comics stars, and led the well-known superhero group Justice League.

LeClear notes that Batman has “launched more comic titles for us than any of our other characters. We don't just have more issues that have Batman in them, we have more titles.” But what's more interesting for LeClear is his place in the aforementioned Justice League: “The great thing is — it's been said by others before but — when you get together with the Justice League — and these are people who are, for lack of a better word, Gods — one person they all turn to you is Batman, as a leader. And as readers, and as an audience, we never doubt that choice for a second. We never doubt that Superman will want to listen to what Batman has to say.

“In fact, we've had some great comics recently, where Superman describes just how cool he thinks Batman is, and [wonders] 'Why would anyone like Superman when Batman's out there?' And you know Batman feels the same way about Superman. And I think that's one of the points they forget is that everyone knows about Batman and Robin as a team. The truth is Batman and Superman have had shared adventures all the way back to the ‘40s, and really deeply from the ‘50s. They are the world's finest. They're really the greatest one-two punch of all time.” 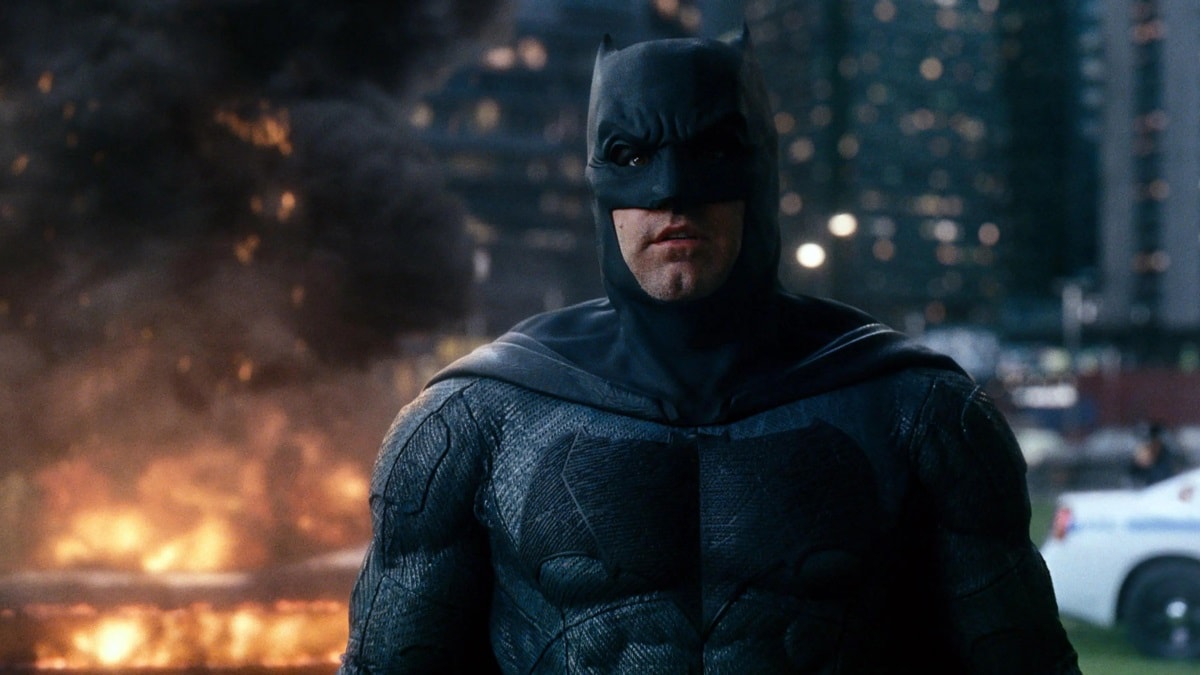 Unfortunately, Batman — and DC — fans are living in a time when popular culture is being ruled by its rival Marvel. With the supervision of Marvel Studios president Kevin Feige, the Disney-owned behemoth has catapulted its B-, C- and even Z-heroes into the mainstream in the past decade or so, becoming the highest-grossing film franchise of all time — including the biggest movie of all time in Avengers: Endgame. On the other hand, Batman has been more miss than hit this decade, while Warner Bros.-owned DC has abandoned Superman and Justice League for the time being, as it refocuses its film efforts.

LeClear doesn't think “Batman's ever been a problem with any of our movies” and he points to unwavering comic book sales, and Nolan's The Dark Knight trilogy, which “I can say are some of the best stuff ever made.” Batman does have something different to offer in today's superhero-addled world, LeClear said, in that “he's got an incredible head on his shoulders and can pick apart mysteries and conspiracies and everything else. That's some of the stuff I don't think we have fully seen yet. [...] Batman is the world's greatest detective, that's what a lot of the villains refer to him as.”

Thankfully, that's exactly what we're getting next, if writer-director Matt Reeves is to be believed. In January, Reeves said The Batman — starring Robert Pattinson in the lead and slated to release June 2021 — will be a “noir Batman tale” with Bruce Wayne in a more “detective mode”. If The Batman does deliver on that front, it will not only offer a new take on superheroes in films, as Miller did with comic books all those years ago, but it will also harken back to the very origins of Batman itself, which celebrates its 80th anniversary this year.

“I think Batman is the perfect combination of the two sources of comic books, which are newspaper comic strips, and old pulp detective stories,” LeClear concludes. “And Batman would fit perfectly in both. But as a superhero, he really is a combination of both of those mediums. So that's where he stands out for me.”

On Batman’s 80th Anniversary, a Look Back at His Popularity — and How He Cheated Death
Comment