Filming with a lack of oxygen, and adding new characters as well as cliff-hangers.

Emraan Hashmi (right) on the set of Bard of Blood

Netflix's latest original series from India, Bard of Blood — produced by Shah Rukh Khan's Red Chillies and based on Bilal Siddiqi's book of the same name — is set primarily in the Pakistani province of Balochistan. For its makers, that was naturally a problem. Due to various security and political issues, there was no way that Bard of Blood could actually film in Balochistan. That meant identifying locales that could stand in for the remote hilly arid region that constitutes Pakistan's largest yet least populated province. After multiple scouting trips, the Bard of Blood team ended up picking India's equivalent of hilly arid region: a mix of Ladakh and Rajasthan. But that came with its own problems.

Review: Bard of Blood Is Bad, and Shah Rukh Khan Should Feel Bad

“Acclimatising was the main thing,” Emraan Hashmi, who stars in the lead as retired agent Kabir Anand, tells Gadgets 360 during an interview in Mumbai. “That was a mental thing. And just running and doing the action, and long shots that went on for 30 seconds, 40 seconds, minutes.” That may not seem that long, “but when there's oxygen deprivation, shooting at 30,000 feet, it's pretty damn tough. That was testing.” That's a slight exaggeration on Hashmi's part, since the highest point in Ladakh is at 25,400 feet — in Saltoro Kangri — but we understand what he's trying to get at.

Ribhu Dasgupta, the director, (uncredited) writer and showrunner on Bard of Blood, concurs with Hashmi and claims: “We wanted to shoot at locations which have not been seen. With that comes challenges. There were locations where there were no roads; we had to make roads. That atmosphere is the key to this entire story because if you're going to Afghanistan and you're going to [the land of Taliban], you have to feel them, you have to understand them. And with the kind of production design, the kind of costumes, [the cinematographer's] camera work, and the locations we all found, I think it was really challenging. We went to Leh-Ladakh in the month of mid-October, November, when the locals also have stepped back.”

Of course, not everything can be replicated as you'd like, which means relying on technology — such as visual effects — to match the landscape, says Bard of Blood creator and Red Chillies' chief revenue officer, Gaurav Verma: “VFX does help because if you're shooting in Rajasthan for continuity with Leh-Ladakh, which has been set as Balochistan, you probably want to use clean up. I mean, we have a lot of mobile towers, we've a lot of other stuff that needs to be removed and to be created. And so, Ladakh mountains probably landed up in Rajasthan.” 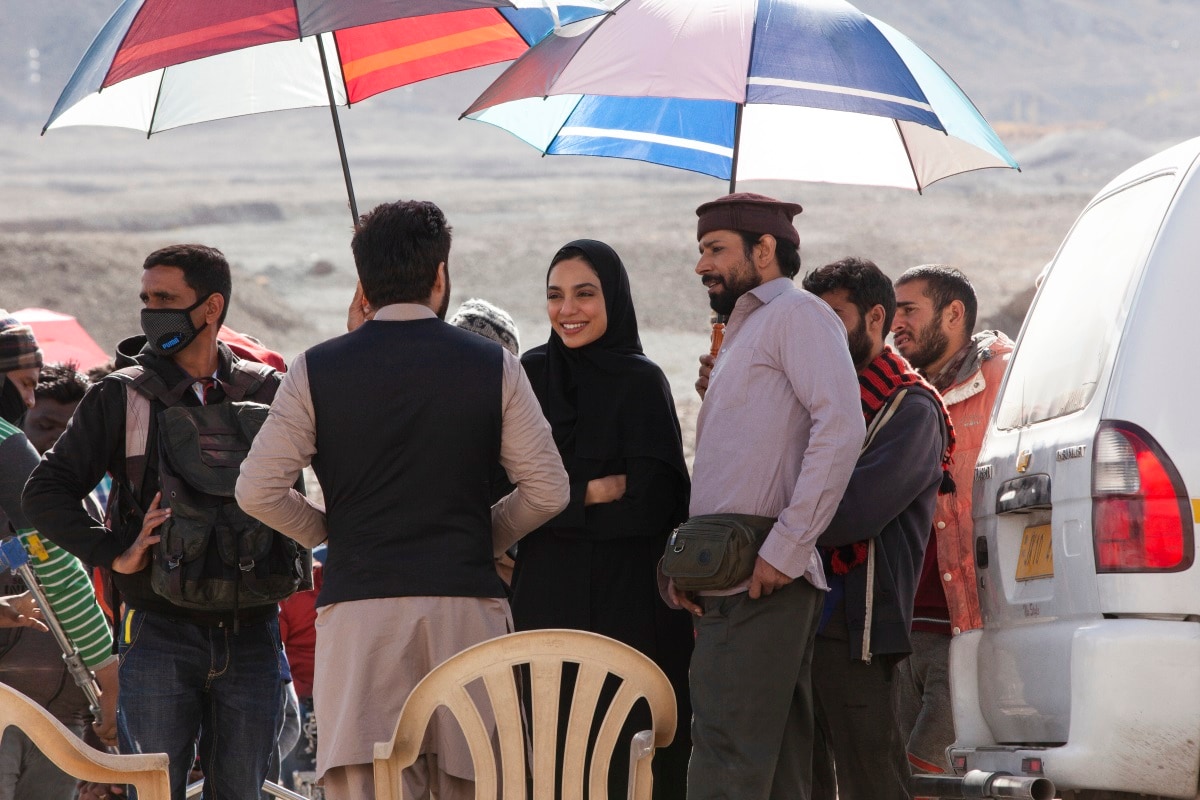 In addition to the external challenges, some actors had challenges of their own. After returning to Balochistan for an unsanctioned mission, Kabir has to face both professional and personal demons, interlinked due to a past tragedy. On one hand, that means he has post-traumatic stress disorder (PTSD) — which Hashmi said he wanted to show more of in Bard of Blood, but there wasn't room for it — as he finds himself embedded in the region that caused it in the first place.

“It's definitely something that will linger on because it's not something people get over,” Hashmi adds. “It's a disease of despair, that doesn't let you let go of things very easily. There's this conversation about the physicality of it, the body language, the kind of gun that we're using, but the crux is the emotional core of how there's like a couple of nuclear explosions going on his head, but he's extremely stoic up front. But he has a mission at hand. And he has to be focused about it. And that is the world of a spy, that is the life of a spy.”

On the personal side of things, Kabir is confronted by an old love in Jannat Marri — played by Kirti Kulhari — the strong-willed daughter of a Baloch separatist group's late leader. (The character was created for the show and is not part of the book.) Owing to past events, Kulhari says the love and pain associated with Kabir is mixed for Jannat. She felt that her character also needed to showcase “just the strength of who she is, and what she's trying to do, in spite of whatever she has gone through. I think that strength needed to come through.”

“The one thing that Ribhu kept stressing on [was my eyes],” Kulhari adds. “Because I'm wearing those burqas and all of that. In specific scenes, he was like, ‘I just need to see this in your eyes.' Which I mean, for me as an actor is, ‘I'm like that's where you see it. If there's something really going on inside you, that's where you should see it.' But because it was so [limited to this],” Kulhari draws a box around her eyes with her index finger to emphasise her point, “that I had to be a little more mindful of it. And just focus on this a lot.” Ribhu Dasgupta on the set of Bard of Blood
Photo Credit: Anu Pattnaik/Netflix

Jannat isn't the only change from the book Bard of Blood is based on. Hashmi notes that Netflix flew in American writers Ethan Reiff and Cyrus Voris — whose credits include the 2005-06 crime thriller drama Sleeper Cell, and the story for the 2010 reboot of Robin Hood — to help train the creators on how to write for a series, since most Indian writers are used to working on films. Bard of Blood also has a first-time screenwriter in Siddiqi, who equated this to “opening in the Cricket World Cup final.”

Hashmi says the show has been further dramatised, with a sprinkle of additional cliff-hanger moments that includes an altered ending from the book, and adds: “[Reiff and Voris gave] them the dos and don'ts of how to bring in characters, how to sum up things, how to bring in these moments. That is where the adaptation of the book got slightly trickier because you had to be very faithful to the source material. At the same time, do things to engage the viewer for a global audience. That was overtime work for writers, but I think they were up for it.”

Bard of Blood is out Friday, September 27 on Netflix worldwide.