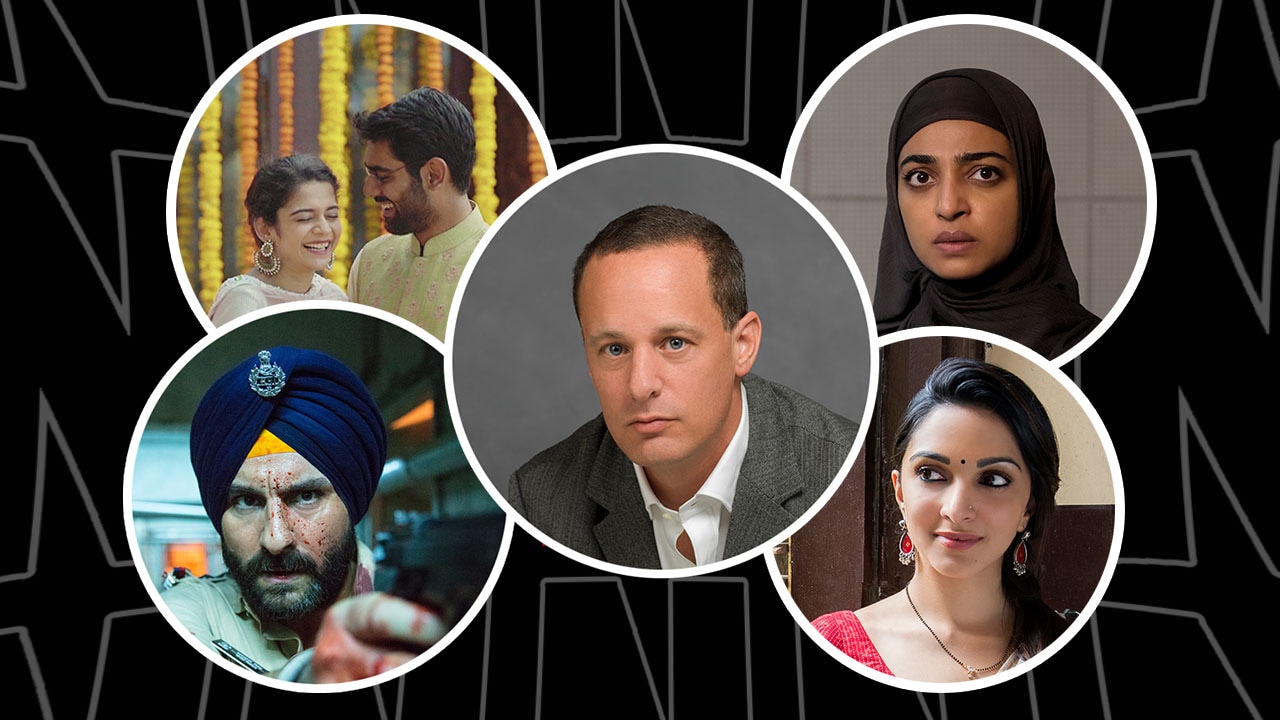 In mid-2017, the scales tipped. A year and a half on from its big global expansion, Netflix's subscriber split between the US and the rest of the world was in favour of the latter for the first time, with the total subscriber base also crossing the 100-million mark. Naturally, it has continued to slide forward since then — nearly 60 percent of the 137 million Netflix members are now from outside the US — and will do so, barring a strange apocalyptic event. But that growing divide doesn't reflect in the content Netflix makes, with less than a tenth of the total number of original series being non-English-language productions.

As the vice president of international originals at Netflix, Erik Barmack isn't happy with that equation. He is in India to check on six of his babies, from Shah Rukh Khan-produced Bard of Blood to the dystopian sci-fi drama Leila, which are currently in various stages of production across the country. Barmack was in Spain earlier in October, and he might be in Singapore in a couple of weeks. He is not too sure about that last one because he has two actual toddlers to take care of as well. “If I go to Singapore, I might not get to come home,” he adds with a laugh.

Barmack thinks the lack of global platforms, such as Netflix, was one of the reasons for American dominance in entertainment, as it “favoured the incumbency of US studios that had international distribution”. “But when you can have a show start in Denmark and be big in Brazil, or an Indian show be big in France,” he says, that changes. “Because consumers are all receiving the same content at the same time in 20-plus languages. That's the big thing that has created this revolution which is a global on-demand platform where people are experiencing the same thing around the world at the same time.”

We wondered if modern-day US television's creative structure of a showrunner and writers' room had any bearing, but Barmack thinks it's a smaller factor. “Creating the environment where a writers' room is successful is kind of a new thing in a lot of markets for TV,” he admits later. “So we're trying to help set up that infrastructure where it's wanted. And in some cases like Dark, which is a show that we're doing in Germany, it's written all by one person, who has a very specific vision of what that show should look like,” he adds with a chuckle.

The writing stage is also where Netflix has the most inputs with original series, Barmack explains. “We tend to think of series as a very writer-driven medium,” he adds. “It's super important that you get the scripts right. So that's where we spend a lot of our time. And then we spend a lot of our time at the tail-end on the edit of saying ‘Are we getting the best possible performances and cuts?' In the middle, we tend to be not involved. So we're not sitting on set, except to say hi to people and to make sure that people are happy with how the production is going.”

After an odd acquisition or two in the first couple of years, 2018 will be remembered as the year Netflix became serious about its Indian ambitions. We've had six Indian originals already — the gangster drama Sacred Games, the horror miniseries Ghoul, the millennial comedy-drama Little Things, the romcom Love Per Square Foot, the anthology film Lust Stories, and the dark comedy Brij Mohan Amar Rahe — with two more before the end of the year, in the upcoming film Rajma Chawal out November, followed by the coming-of-age series Selection Day after Christmas. All four films have been indie productions while the shows have had minimal A-list talent, who remain a huge draw for a subset of Indian audiences.

Barmack says they do want to work with top talent — he prefers the term “pedigreed” — but they have to be right for the part. Referring the three leads of Sacred Games in Saif Ali Khan, Nawazuddin Siddiqui, and Radhika Apte, he says they believed “that their acting chops were going to be at the highest level than just pursuing stars for the sake of stars”. He then repeats his colleague Ted Sarandos' — Netflix's chief content officer — observation at the latest quarterly earnings call about the rise in Instagram follower count for main cast members of Netflix originals such as To All the Boys I've Loved Before and Stranger Things, noting they have made their own stars.

The bigger priority remains the story though, Barmack concludes, which is why Netflix wants to work with the best storytellers in the world. It's why Netflix greenlit La La Land and First Man director Damien Chazelle's France-set show, he says, which will be in French, Arabic, and English. At the same time, Netflix is conscious of what the numbers are saying given it's known to be a data-driven company, which is why it's invested heavily in Spanish-language content because it's travelled well across Latin America and Europe, or the sci-fi genre because it knows there is a potential audience. Narcos' success in India was one of the reasons Sacred Games got picked, he adds.

“But it doesn't answer the question of whether a show will be good,” Barmack points out. “And so, you have all the data in the world and a show is not executed well, it doesn't matter.” After a pause, he links it back to his original point: “Ultimately, things surprise us, you know. Things that perform well below or ahead of expectations, either way. So, our goal is to use data as a sort of general gut check. But it's not the decision-making point for us. That's still like, ‘Are we finding interesting artists that have passionate stories to tell?' And that's been the best measure of whether we're going to get success.”

Netflix has big plans for India in 2019, Barmack tells us, with an aim to release 8-10 original series and at least as many films. “Our goal over time is [that] every couple of weeks, there is something new that is captivating either as an original film or series that's local,” he adds. One of those will likely be the prequel to India's most successful film franchise of all-time — Baahubali — which began filming last month after being announced back in August, with Netflix choosing to adapt the first of an in-the-works prequel novel trilogy. Barmack calls it “a global success story”, noting how the films travelled really well in Latin America and China during their theatrical run.

Asked what scale we can expect from the Baahubali series, Barmack says: “It's the same mythology, the same world as the two films. It's more intimate. In TV, you can take digressions and are more interested in the characters' side of the storytelling. So, it's not a 100-percent action all the time but the scope of it, the action sequences, the big fight scenes, and all those things, it's going to be on the level of the films. It's going to be big, in our mind, and it's a show that's going to travel outside of India.”