“We're in the endgame now.” Marvel is billing Avengers: Endgame — easily the biggest movie of the year — as what it has been building towards for eleven years. It's why it's being termed as the culmination of the ‘Infinity Saga', which includes the first 22 films in the Marvel Cinematic Universe, the unprecedented world of superheroes that spans millennia and galaxies. And thanks to Thanos delivering a stunning loss for the titular heroes last year in Infinity War, the entire universe stands at a precipice as we head into what is set to be the longest Marvel film ever. Directed by Anthony and Joe Russo — who previously helmed Infinity War, Captain America: Civil War and its predecessor, The Winter Soldier — Endgame finds the remaining Avengers racking their brains to find a way to undo Thanos' infamous snap.

Though we don't (thankfully) know anything about the plot — unless you've the ability to travel in time like the Avengers are rumoured to in the film — there's a lot that we do otherwise know about Endgame. Which superheroes are returning? Which ones are gone? How long is the film exactly? Where can I buy tickets? And when do I get to see it where I live? We've answered all those questions and more below. Here's everything you need to know about Avengers: Endgame.

Meanwhile, Paytm has two separate offers for Endgame tickets. It's running a ‘first day, first show' contest wherein participants can win two free tickets for the opening show on Friday in five cities across India. The second one offers variety of cashback options on Endgame tickets, upon purchase of an ‘Avengers: Endgame Pass'. You can either get flat Rs. 100 cashback, a cashback of 25 percent up to Rs. 300, or 100 percent cashback up to Rs. 250. With all three, you need to purchase a minimum of two tickets. The pass value is additional to the value of the ticket, naturally. 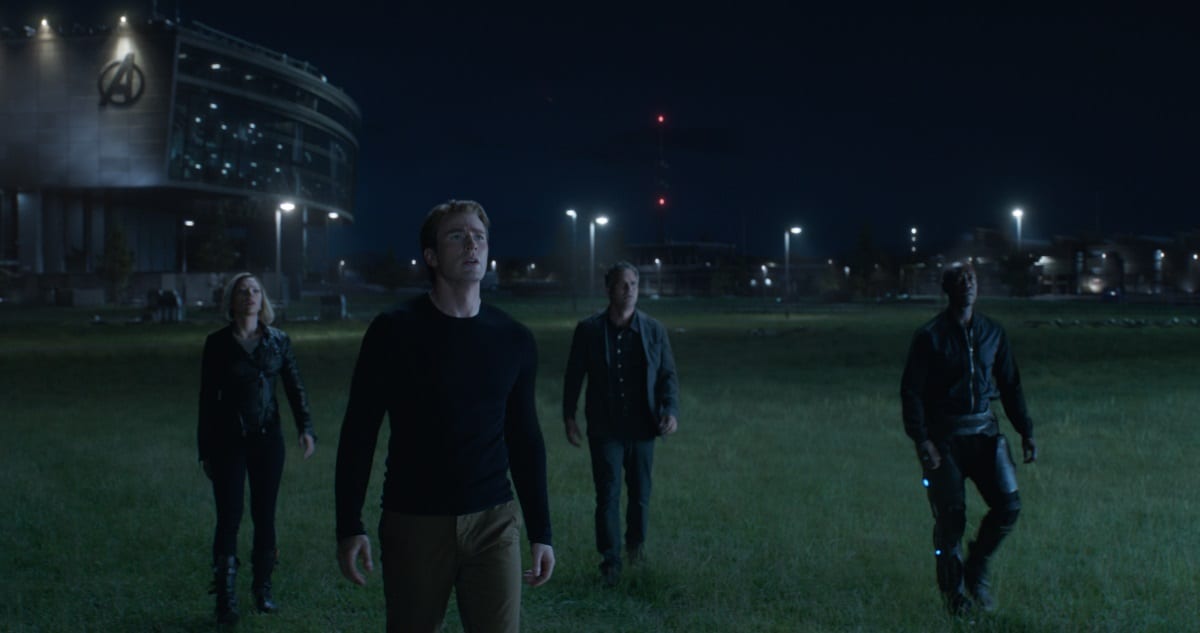 Those are some worried faces
Photo Credit: Disney/Marvel Studios

Thanos might have decimated half of the universe but it hasn't had any impact on the overall size of the cast. Here we go.

They are joined by the only other remaining Avenger — Don Cheadle as James Rhodes / War Machine — and the two remaining members of the Guardians of the Galaxy: Karen Gillan as Nebula, and Bradley Cooper as the voice of Rocket.

There's also Brie Larson as Carol Danvers / Captain Marvel, whose introduction was teased in Infinity War's post-credits scene and who get her own film just last month. Plus, you have Paul Rudd as Scott Lang / Ant-Man, though we don't know how he got out of the Quantum Realm. 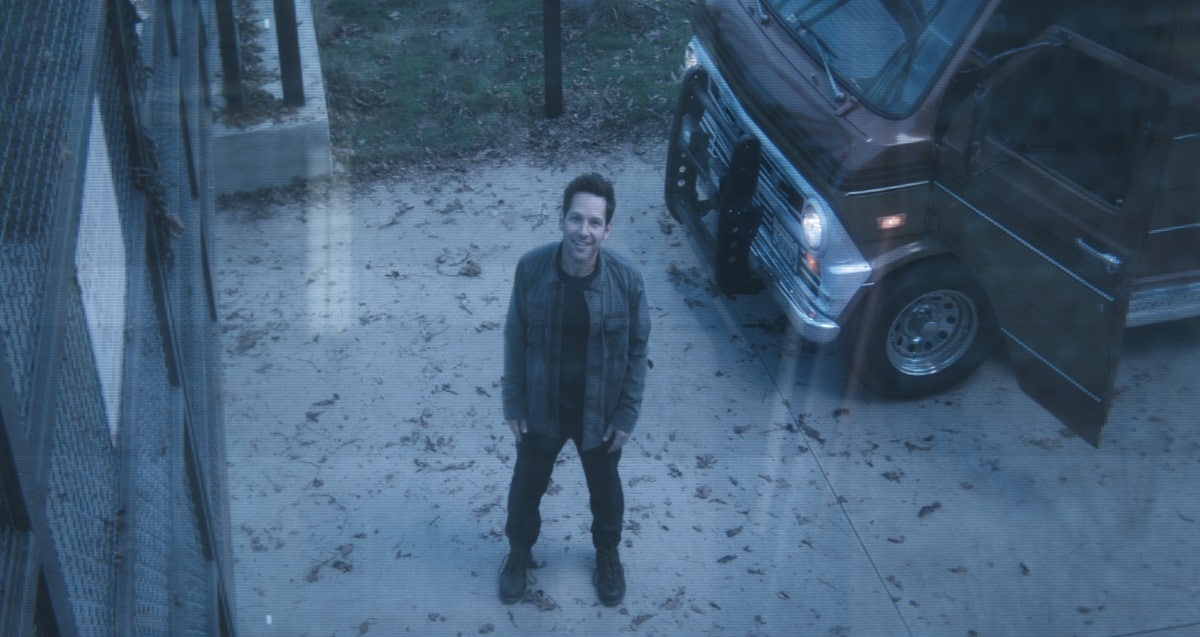 Gwyneth Paltrow's Pepper Potts, Stark's fiancée, is also joining the fray with her own powered exosuit. And of course, there's the big bad Thanos, played by Josh Brolin.

Beyond that, we have Jon Favreau as Happy Hogan, Tony Stark's driver and bodyguard, Danai Gurira as Okoye, one of Black Panther's bodyguards, and Winston Duke as M'Baku from Black Panther, in addition to Benedict Wong as Wong, one of Doctor Strange's fellow Masters of the Mystic Arts, and Tessa Thompson as Valkyrie, reprising her role from Thor: Ragnarok. None of them have been seen in any trailer yet.

Frank Grillo has revealed he's returning as Brock Rumlow / Crossbones from Civil War in flashbacks, which is a bit of a give-away that Endgame will involve time travel in some form or another. Or maybe it's just a regular flashback and we're all thinking too much.

The only new additions to the Endgame cast are Emma Fuhrmann (Blended), Hiroyuki Sanada (The Twilight Samurai) and Katherine Langford (13 Reasons Why). Fuhrmann is playing an older Cassie, Ant-Man's daughter, which suggests Endgame will also have flash-forwards. Start your time-travel guessing engines again. There are no details on whom the other two are playing, though we think Sanada will have some connection to Hawkeye/ Ronin's early arc, when he's in Japan. Langford's character has been the topic of much speculation, from being the daughter of Stark and Potts' or a young Black Widow.

And of course, Stan Lee has a posthumous cameo in Endgame, which might be the final one in a Marvel film — or one of the last. There isn't clarity on that just yet.

Though there is no official figure on how much Marvel Studios spent in making Endgame, Disney has reportedly forked over $200 million on marketing the film alone. Infinity War reportedly cost “upwards of $300 million” according to a Marvel executive, and £248 million (about $316 million) per UK numbers, so you can expect its sequel to be around that figure as well.

When it comes to proper trailers, there have only been two: the first back in December, which also gave us the title, and the second in March, shortly after the release of Captain Marvel.

If that isn't enough for you, then you should go through the several teasers: the Super Bowl one, the first one feat. Thanos, the one with Cap leading the charge, the one that looks back on the history of the MCU, the one where War Machine makes fun of Ant-Man, and the one where Black Widow is the focus.

And if you prefer something that doesn't haphazardly jump around like trailers, check out this clip that has given us our only continuous look at Endgame yet.

Endgame clocks in at about 3 hours, making it the longest Marvel film by far. It beats the record set by Infinity War (149 minutes) last year. If we are being precise, Endgame is being listed as either 181 minutes by some or 182 minutes by others. Feel free to time the movie for yourself when you go see it.

The 181-minute runtime likely includes the credits as well, though you'll need to sit through them anyway. This is a Marvel film, after all. The Russo brothers won't say whether there's a post-credits scene in Endgame, that's how guarded they have been with the film.

What about spoilers? I heard some Avengers: Endgame footage leaked.

In the week before release, some lucky fellows who got to catch an early screening decided to play spoilsport for everyone else, by amateurly recording parts of Endgame on their phones and then uploading several clips on the Internet. Gadgets 360 hasn't seen any of the leaked Endgame footage and neither should you be looking for it. The directors even pleaded with fans to not spoil the film for anyone.

But more importantly, why spoil the joy of watching it on the big screen by catching some blurry, poorly-framed parts of it? Just go enjoy the movie when it's out. If you really want some clues, spend a couple of hours dissecting the trailers and teasers above. And then go contribute to the numerous fan theories out there. 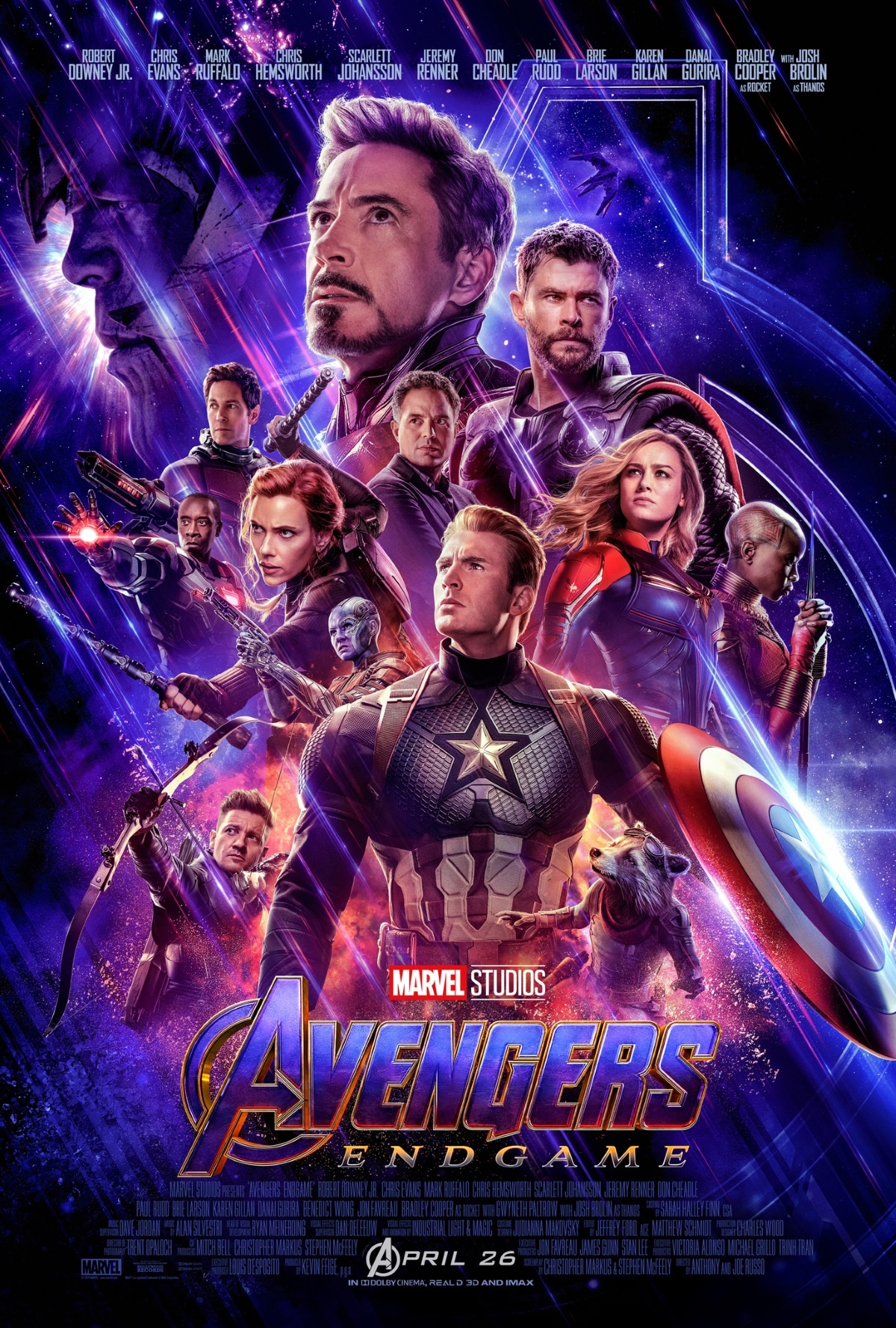 What's the future of the Marvel Cinematic Universe?

For now, there's only one film officially on the calendar. That's Spider-Man: Far From Home, the sequel to 2017's Homecoming, which takes Peter Parker to Europe on a school trip. If Marvel had its way, the slate would have been completely empty, but the Spider-Man films are being produced in collaboration with Sony Pictures — which has the rights — so they don't have full control. Marvel hasn't announced anything on its front, though, but we do know a fair bit thanks to talent reports.

A standalone Black Widow film starring Scarlett Johansson and directed by Cate Shortland (Lore) is expected to begin filming in June, followed by The Eternals from director Chloé Zhao (The Rider) and possibly starring Angelina Jolie, Kumail Nanjiani and Ma Dong-seok, which might enter production in August. Those two might release next year, as Disney has slotted in untitled Marvel films for May and November 2020. But that's just our guess.

Beyond that, there are several projects in the works, including sequels to both Doctor Strange and Black Panther from returning director Scott Derrickson and writer-director Ryan Coogler, respectively. Marvel has tapped director Destin Daniel Cretton (Short Term 12) and writer Dave Callaham (Wonder Woman 1984) to develop Shang-Chi, which would be its first Asian superhero. And lastly, after a months-long controversy, writer-director James Gunn is back at the helm for Guardians of the Galaxy Vol. 3.

It's too early to say which ones will come out when. What do we know is that Disney has three slots apiece for untitled Marvel films in 2021 and 2022. Marvel president Kevin Feige recently said they have a five-year plan in place post-Endgame, which means fans are guaranteed movies through 2024. Feige noted that it won't include the X-Men, even though the rights are now with Marvel after Disney's acquisition of Fox, because their plans were already set.