The (remaining) heroes in Avengers: Endgame

It's impossible to talk about Avengers: Endgame without giving a part of it away. That's why our spoiler-free review of the film is vague about everything, choosing to use words like “some” instead of the character names. It's also why Marvel — and directors Anthony and Joe Russo — had a difficult time marketing Avengers: Endgame, what with mostly everything audiences were shown in trailers being from the first 15 minutes of the film. Sure, there are shots in trailers from deep within Avengers: Endgame too, but they are presented out of context.

Now that some — okay a lot — of us have seen Avengers: Endgame though, we can actually talk about it in detail and look at several questions it throws up. By the nature of what it deals with, Avengers: Endgame is a sombre film but it's also quite silly in places. In a way, the entire film is made possible because of a rat. Think about it. And though Avengers: Endgame is essentially a direct sequel to Infinity War — which was built in turn on previous Avengers films and Captain America: Civil War — it also touches upon several other Marvel movies from the past.

Nothing but spoilers ahead for Avengers: Endgame.

To make any sense of many scenes in Avengers: Endgame, you've to have seen the likes of Captain America: The First Avenger, Thor: The Dark World, Guardians of the Galaxy, Doctor Strange, and Ant-Man and the Wasp. Sure, the film tries to explain some of it away, but it makes for a much more enriching experience if you watched them. For instance, those who have seen Agent Carter, the TV show that centred on Peggy Carter (Hayley Atwell), would have enjoyed the trip back to 1970 even more.

Avengers: Endgame's time-travel antics sometimes turn the film into a lookback at the Marvel Cinematic Universe, like a video you might create for someone's anniversary. It references lines, moments, and scenes during its trip through the back catalogue, which allows for several characters — both dead and alive — to make appearances. There's the tied-up Loki (Tom Hiddleston) who escapes with the Tesseract, a reunion with the Ancient One (Tilda Swinton), Thor's mother Frigga (Rene Russo), and a younger Hank Pym (Michael Douglas), and a meeting with pre-Guardians Gamora (Zoe Saldana). 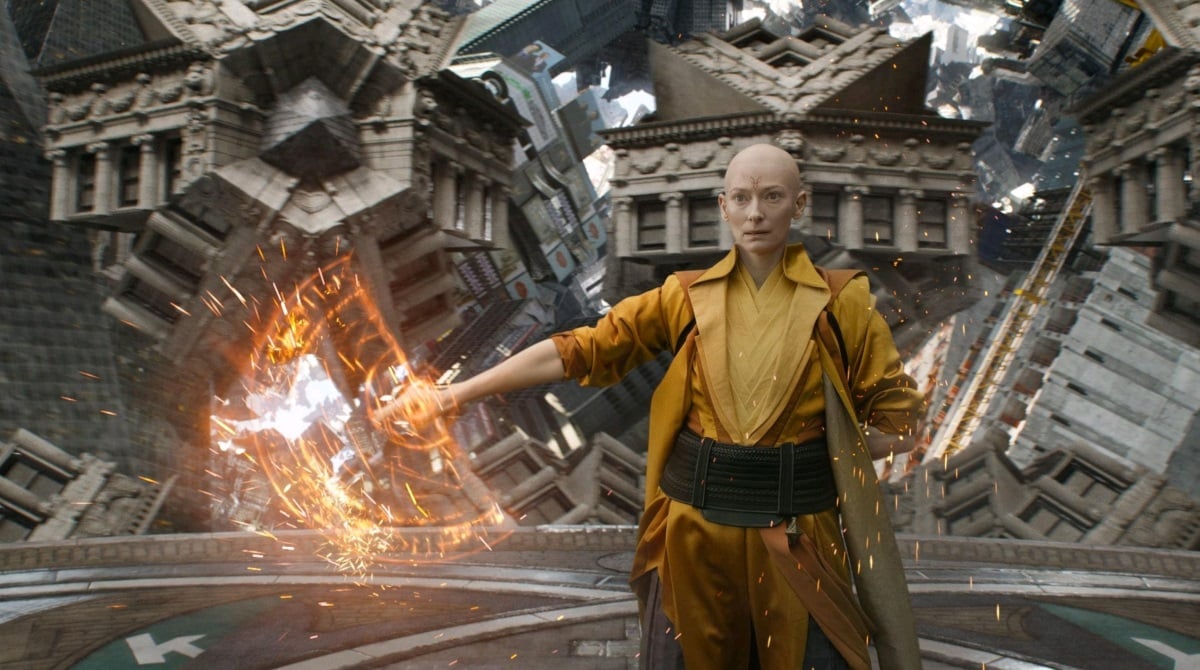 Tilda Swinton as the Ancient One in Doctor Strange
Photo Credit: Disney/Marvel Studios

Its approach to time travel, which involves pot-shots at the likes of Back of the Future, is also different. While most films suggest that changing the past alters your future, Avengers: Endgame posits that changing the past creates an alternate future that you can't visit. Hulk (Mark Ruffalo) explains this to the audience in the beginning, by nothing that you can't go back into the past to change the future because then your present is your new past. With that in mind, here's a look at the biggest talking points that emerge out of Avengers: Endgame's ending — and what we loved along the way.

1. The fate of the original six

For two of them — Iron Man and Black Widow — Avengers: Endgame achieves that by sending them to the grave, in one way or another. Tony Stark is the better served here, getting to connect with his dad Howard (John Slattery) when he and Captain America jump back to 1970 to get the Tesseract, after failing to get it in New York in 2012. Black Widow's arc doesn't have the same depth before she plummets to her death on Vormir while retrieving the Soul Stone with Hawkeye. But what it does mean is that the standalone Black Widow film will likely be a prequel then, as had been rumoured.

Thor, meanwhile, decides to leave New Asgard in the hands of Valkyrie (Tessa Thompson), while the God of Thunder decides to join the Guardians of the Galaxy. Could this mean Thor will show up in Guardians of the Galaxy Vol. 3? On the press tour, Evans said that Downey Jr., Hemsworth and he were done since they joined the MCU at the same time, so we will have to wait and see. Vol. 3 will clearly involve Star-Lord (Chris Pratt) looking for the 2014 version of Gamora that doesn't remember him. And Thompson said earlier this month that Thor 4 had been pitched, so is it possible she will lead the film? 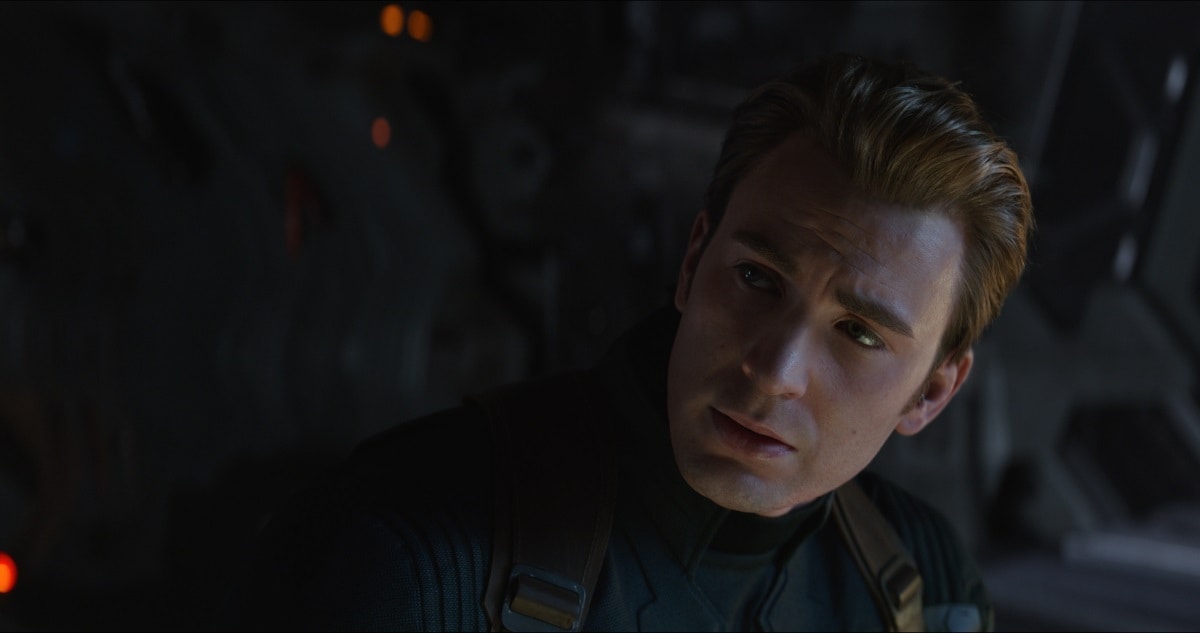 For Captain America, Avengers: Endgame has a much sweeter ending in store, as he gets to spend his life with his love Peggy Carter in the past, after he has put all six Infinity Stones back where they belong in time. We wonder if he had a reunion with the Red Skull on Vormir. Set that aside, Cap's decision to stay back presents several time-travel logistical conundrums, though. Does this mean there were two of him in the MCU? Otherwise, how does old Cap pop back in our timeline on the park bench at the end of Avengers: Endgame without appearing in that time machine made by Hulk?

And if there have been two Steve Rogers this entire time, why doesn't Peggy react that way when the old version of herself sees the young him in The Winter Soldier? That would either suggest she was covering for the other one — or that these films are written as we go along, so there are bound to be continuity errors. Short answer: time travel makes things too complicated and it's best not to over-think.

2. Ripples across the Marvel Cinematic Universe

While some heroes are moving on, others must continue living in the Marvel universe, for contractual reasons. And Avengers: Endgame's decision to jump five years ahead means that most of the film takes place in 2023, which is also when everyone who was decimated by Thanos' infamous snap is brought back. That creates some interesting scenarios for the standalone franchises of Spider-Man, Black Panther, and Doctor Strange.

After Peter Parker (Tom Holland) reunites with Stark in Avengers: Endgame, he informs the audience that the five years felt like no time at all to them. And judging by how he looks, it suggests that those that were caught in the snap haven't aged at all. But since he's back in our timeline now, that means Spider-Man is now five years behind at school, with the rest of his high school buddies now in college. We get a shot of Peter reuniting with his best friend Ned (Jacob Batalon) in Avengers: Endgame, who also looks like he hasn't aged.

And the trailers for Spider-Man: Far From Home, out in July, show that everyone looks the same as they did in Homecoming. Moreover, Far From Home is about Peter and his classmates going on a school trip to Europe, which explicitly implies they are still in school. How does this work? The only way this would make sense is that Far From Home takes place in an alternate timeline, where the decimation didn't happen. 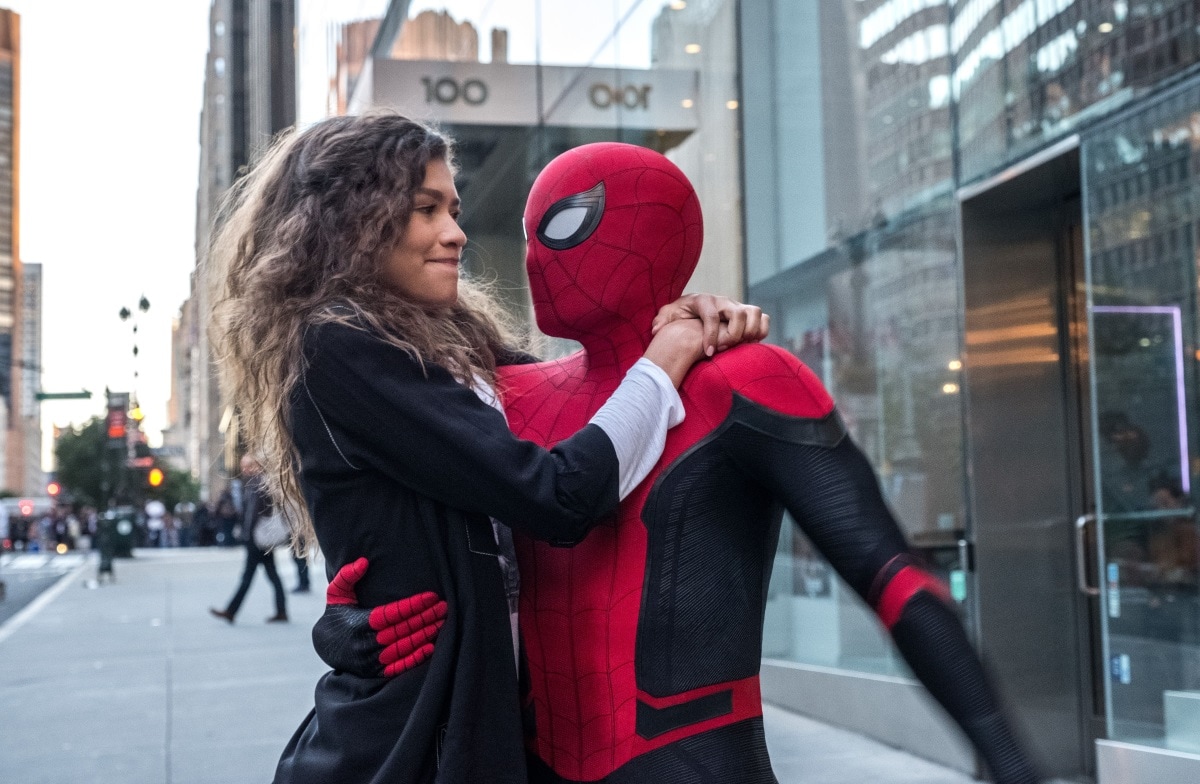 If that's the direction Marvel is going in, then that suggests there are now multiple realities in the MCU, which gives filmmakers a lot more room to come up with new stories. But on the flip side, it makes it virtually impossible to bring everyone together for another get-together film, which may or may not be titled Avengers. With that in mind, Marvel would want to keep all its film in the same timeline, but there's only way to achieve that here: everyone Peter knew was also caught in Thanos' snap. That's an insane probability we are looking it, but it's the only way to keep the years in line.

Or maybe, Far From Home will completely ignore the fact that it's supposed to be set in 2023. That might be simpler, though it will undoubtedly upset some, since it will make Avengers: Endgame look like it never happened. Imagine the Black Panther sequel having to deal with the fact that Wakanda's king was gone for five years.

For all the confusion owing to time travel, the plot device does allow Avengers: Endgame to deliver some fantastic scenes across its three-hour runtime. Some of the flashbacks are pure fan service, in the case of the 2023 Captain America going up against the 2012 version of himself from The Avengers. (It also brings a bit of cheeky humour, as the 2023 Cap inspects his 2012 bottom and deems it “America's ass”, continuing a joke started by Ant-Man.) Others subvert expectations, as in the case of the future Cap entering an elevator filled with Hydra agents posing as S.H.I.E.L.D.

The latter scene is a fascinating call-back to the elevator scene (below) from Captain America: The Winter Solider, in which Cap is starting to figure out that S.H.I.E.L.D. might be rotten from the inside. To escape then, he had to take everyone out. But the 2023 Cap is more knowledgeable, and he puts that to use in Avengers: Endgame in order to get Loki's spectre, which contains the Mind Stone. By simply whispering “Hail Hydra” in someone's ears, he convinces them he's on their side and avoids having to use his fists.

Cap is also part of a couple of terrific scenes in the final third of Avengers: Endgame as well. (The fact that the two directors, and writers Christopher Markus and Stephen McFeely have worked on The Winter Solider and Civil War might have something to do with that.) With Thanos about to kill Thor with his axe Stormbreaker, Cap proves worthy to wield his hammer Mjolnir and stops the purple giant. It's a moment designed to get cheers from the audience, as is his “Avengers assemble!” call after all their allies — from Wakanda to Asgard — gather to take on Thanos' forces.

The other Cap — Captain Marvel (Brie Larson) — doesn't get to do a lot in Avengers: Endgame, but her introduction in the final battle is glorious. The good guys are pinned by the blasters that Thanos orders to rain down, uncaring of his own troops, but suddenly, the blasters start firing in a different direction. A character tells the audience that something has entered the atmosphere, making you think for a few seconds that it might be a space force to the rescue. But it turns out it's just one individual: Captain Marvel. She takes out Thanos' spaceship in seconds and the look on Thanos' face is precious.