It was a summer full of big names, thanks to a delayed run of Game of Thrones’ season 7, and a superhero mash-up in Marvel’s The Defenders. Elsewhere, Rick and Morty resumed its third season after an April Fool’s Day surprise, the critically-acclaimed Halt and Catch Fire is currently in its final season, BoJack Horseman returned with a family-oriented fourth season, and just this week The Wire creator David Simon began his new 70s’ New York show, The Deuce.

The autumn period – or fall, as it’s called in the US – is an exciting time for television buffs, as it’s traditionally a harbinger of new shows from virtually every network. We’ve got the return of Star Trek and Stranger Things to look forward to, alongside some that don’t have exact release dates – Marvel’s The Punisher, Black Mirror, and Philip K. Dick’s Electric Dreams – even as they are expected this year, and hence have been excluded from the list below.

The Good Place
When: September 20
Where: NBC

Michael Schur’s (The Office, Parks and Recreation) comedy set in the afterlife, starring Kristen Bell (Frozen) as a recently deceased woman who realises she’s in a heaven-like utopia – hence the title – by mistake, had a terrific twist ending for its audience at the end of the first season. It’ll be interesting to see where the writers go from there in season 2, which begins with an hour-long premiere. 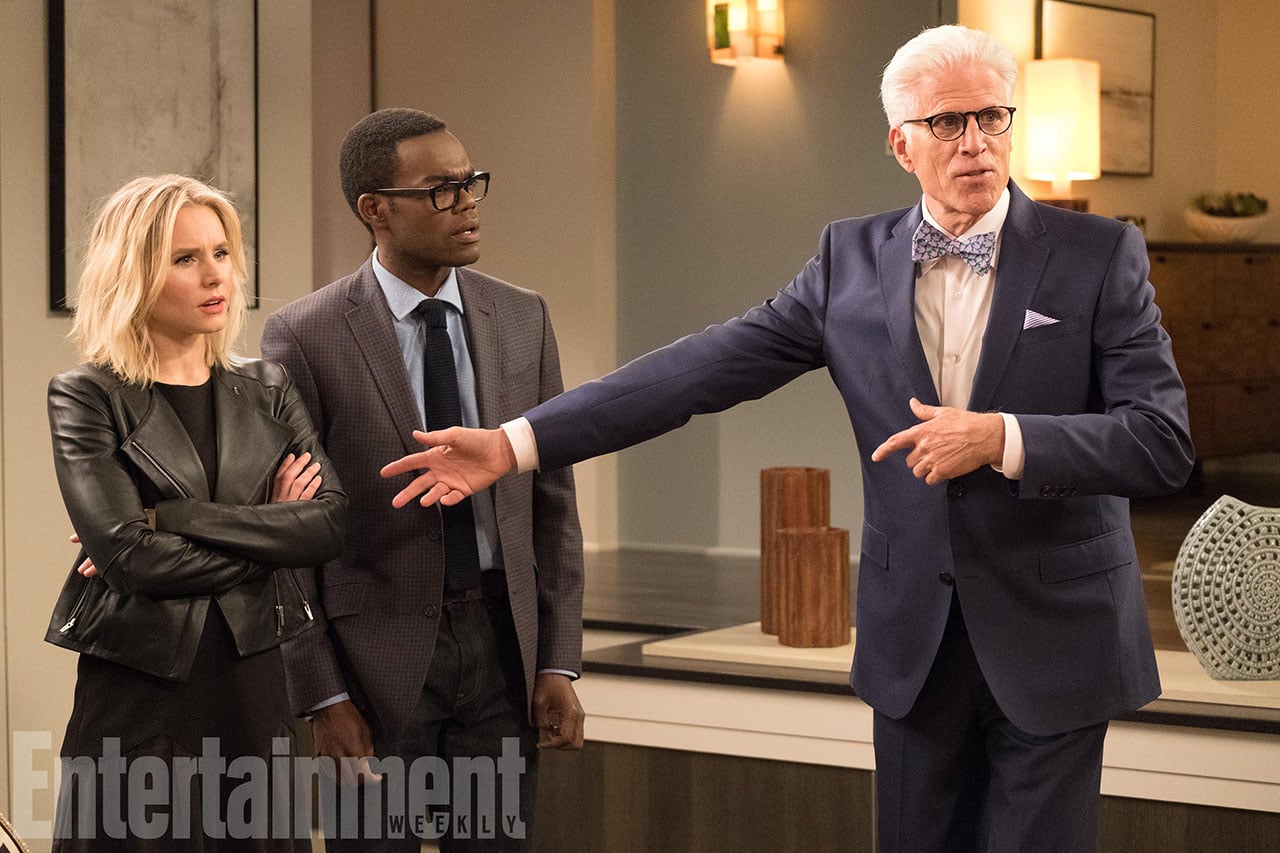 Transparent
When: September 22
Where: Amazon

The Emmy-winning Jeffrey Tambor-starrer dramedy returns for its fourth season on Amazon Prime Video, which is partly set in Israel as the Pfeffermans go on “a spiritual and political journey [that] digs deep into their family's history”, brought about Maura speaking at a conference in the country. There, she makes a startling discovery, as the rest of the family follow her and have emotional storylines on their own.

Star Trek: Discovery
When: September 24
Where: CBS All Access / Netflix

Star Trek returns to its original medium after 12 years off the air, aboard the USS Discovery, which is set a decade before the original series. For the first time, the protagonist - Lt Cmdr Burnham, played by Sonequa Martin-Green (The Walking Dead) - isn't a ship captain. The two leads - Martin-Green, and Michelle Yeoh’s Captain Georgiou - both also belong to minorities: African-American, and Asian respectively.

There are some doubts after creator Bryan Fuller (American Gods) left the series over creative differences, and in a crowded TV landscape full of prestige dramas, Star Trek will need to prove its worth despite all its history. The first season is split in two parts, with eight episodes this year and eight more arriving in January 2018.

Liar
When: September 27
Where: SundanceTV

A six-part British thriller mini-series starring Joanne Froggatt (Downton Abbey) as a school teacher and Ioan Gruffudd (UnReal) as a surgeon and father to one of her students, whose first date turns into an allegation-fuelled she said-he said thing involving an accusation of rape, which then spins a whirlpool of lies. Liar has been created by Harry and Jack Williams (The Missing). 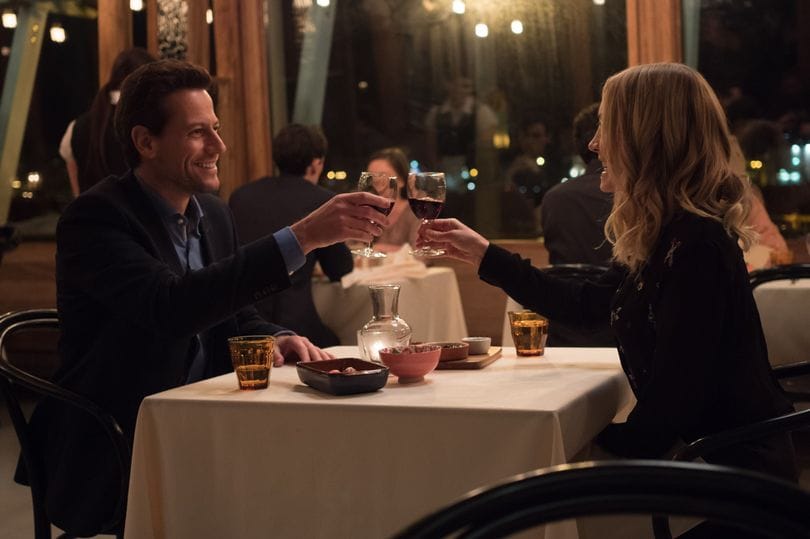 Will & Grace
When: September 28
Where: NBC

Star Trek isn’t the only property returning after a decade, though that's where the similarities end. NBC’s then-groundbreaking sitcom, from creators Max Mutchnick and David Kohan, is back for 16 new episodes – with another season renewal already in the bag – with the same core cast of Eric McCormack, Debra Messing, Sean Hayes and Megan Mullally. Former US First Lady Michelle Obama is part of the guest cast.

Big Mouth
When: September 29
Where: Netflix

Netflix is adding to its roster of animated comedies for adults with one from Nick Kroll and Andrew Goldberg (Family Guy), which will look at “the glorious nightmare that is teenaged puberty”. The voice cast includes Kroll, John Mulaney (Saturday Night Live), Jason Mantzoukas (The League), Jordan Peele (Key & Peele, Get Out), Fred Armisen (Portlandia), Maya Rudolph (Maya & Marty), Jenny Slate (Zootopia), and Jessi Klein (Inside Amy Schumer).

Marvel’s Inhumans
When: September 29
Where: ABC

Intended as a film that eventually got scaled down to a TV show, the new Marvel show follows the Inhumans royal family after it’s forced to escape to Hawaii, leaving behind their ideal life on the Moon. It stars Anson Mount (Hell on Wheels) as Black Bolt, Serind Swan (Ballers) as Medusa, and Iwan Rheon (Game of Thrones) as Maximus.

Reviews are already out for early episodes thanks to the two-week IMAX premiere, and it’s not looking good. The series has surprisingly beat Iron Fist – creator Scott Buck’s previous work – with a 0 percent score on Rotten Tomatoes.

Curb Your Enthusiasm
When: October 1
Where: HBO / Hotstar

Larry David (Seinfeld) walked away from the show he created and starred in after eight seasons in 2011, without a peep. Now he’s back with a ninth season, where he’ll go on Judge Judy, talk about constipation, and as always, get into awkward confrontations.

The Gifted
When: October 2
Where: Fox

Fox’s expansion of its X-Men cinematic universe – three films are expected next year: New Mutants, Deadpool 2, and Dark Phoenix – continues on the small screen alongside Legion. There are mixed reports on whether the show will share X-Men’s already-confusing continuity. Burn Notice creator Matt Mix is at the helm, with Amy Acker (Person of Interest) and Stephen Moyer (True Blood) playing suburban parents of children who discover unusual powers, and are forced to go on the run. Bryan Singer, a veteran of the X-Men films, is a producer and directed the pilot.

The darling of two summers ago returns later than usual for its third season, as it raises the stakes with New York seemingly engulfed in a state of emergency – you can see Times Square cordoned off, and sniffer dogs in the teaser – likely brought about by the actions of our protagonist Elliot (Rami Malek) and Tyrell Wellick (Martin Wallström) at the end of season two. Bobby Cannavale is a new addition this year, and he’ll be seen across the 10-episode run.

Mindhunter
When: October 13
Where: Netflix

The Social Network director David Fincher’s second TV series – after House of Cards – is based on a book of the same name, which follows two FBI agents who solved murders by interviewing imprisoned serial killers and understanding how such criminals think and operate. Set in the late 70s, it stars Holt McCallany (Sully), Jonathan Groff (Frozen), and Anna Torv (Fringe).

Fincher has directed the pilot, as he did with House of Cards. Mindhunter has been written by Joe Penhall (The Road) and Jennifer Haley, and counts Charlize Theron as an executive producer.

The Walking Dead
When: October 22
Where: AMC

AMC’s long-running zombie-apocalypse drama heads into its eighth season, as the number of survivors – in both the show and the people watching them – fell again for the second year in a row last season. But those involved in making it already have plans till season 12, and you can find out where they are headed by jumping ahead in the comics. The new season is based on All Out War, volume #20 and #21 of the comics.

Stranger Things
When: October 27
Where: Netflix

Last year’s breakout hit returns the week of Halloween for the second season, in what creators The Duffer Brothers have described this as more of a movie sequel, than season 2 of a TV show. The gang of four boys – Mike (Finn Wolfhard), Dustin (Gaten Matarazzo), Lucas (Caleb McLaughlin), and Will (Noah Schnapp) – try to find normalcy after the events of the first season, but the Upside Down isn’t done with them. Eleven (Millie Bobby Brown) is expected to return as well, though it’s unclear how.

Alias Grace
When: November 3
Where: Netflix

Following The Handmaid’s Tale, another one Margaret Atwood’s famous books – Alias Grace – is on its way to our screens as a six-episode mini-series inspired by the true story of a shocking double murder in a remote Canadian town in 1843. Adapted by actor turned writer Sarah Polley (Away from Her), it stars Sarah Gadon (Enemy), Anna Paquin (The Piano), Zachary Levi (Tangled), and director David Cronenberg.

The Girlfriend Experience
When: November 5
Where: Starz

After a critically-acclaimed first season, creators Lodge Kerrigan and Amy Seimetz are ditching the setting and characters for two new stories that will run in parallel: one set in Washington D.C., and starring Anna Friel (Pushing Diasies, Marcella) and Louise Krause (Jane Wants a Boyfriend); and the other in New Mexico with Carmen Ejogo (Selma, Fantastic Beasts), Harmony Korine (Spring Breakers), and Tunde Adebimpe. Steven Soderbergh, the director behind the original film, remains attached as executive producer.

Future Man
When: November 14
Where: Hulu

The writing-directing duo of Seth Rogen (Steve Jobs) and Evan Goldberg – who are behind the likes of This is the End, The Interview, and Preacher – dabble in sci-fi with this new comedy that follows Josh Hutcherson (The Hunger Games), a janitor by day and a video gamer by night, who gets "recruited by mysterious visitors" to go back in time and save mankind from extinction. The supporting cast includes Eliza Coupe, Derek Wilson, Haley Joel Osment, Keith David, Ed Begley Jr., and Glenne Headly (who passed away midway through filming).

Search Party
When: November 19
Where: TBS

A surprise success last year, the comedy-mystery series’ season 2 will be even darker, as the group of self-absorbed millennials – led by Dory (Alia Shawkat) and Elliott (John Early) – deal with the fallout of the first season. New cast members include Jap Duplass, Judy Reyes, Phoebe Robinson, Tymberlee Hill, and Jessica Chaffin. Co-creator Michael Showalter has directed three episodes of the 10-episode season, which will release over five weeks.

Marvel’s Runaways
When: November 21
Where: Hulu

The Marvel Cinematic Universe balloons further in November with this Hulu series based on the teenager-superhero team in the comics by Brian K. Vaughan and Adrian Alphona. Developed by Gossip Girl creators Josh Schwartz and Stephanie Savage. The show’s description – teenagers uniting against their parents – is taking the theme of rebellion well beyond its logical extreme. 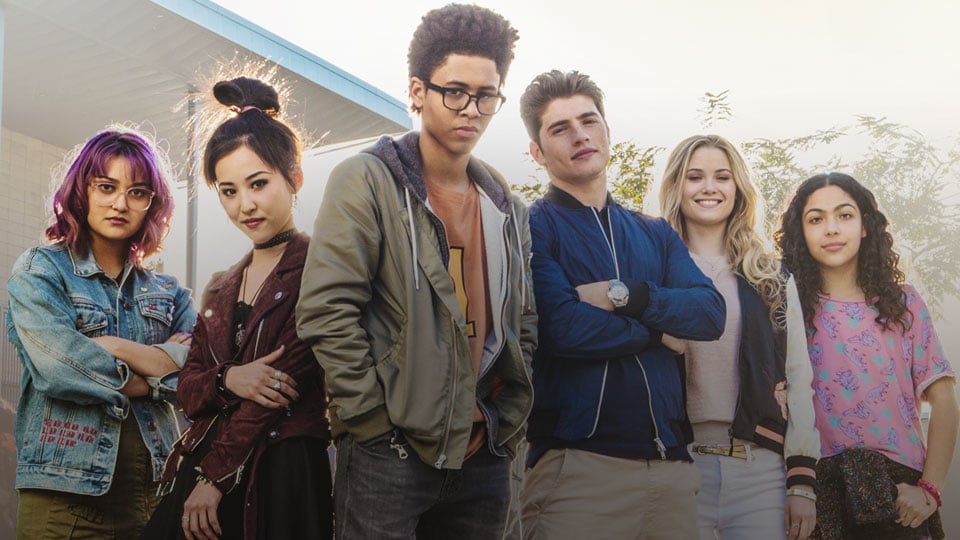 Godless
When: November 22
Where: Netflix 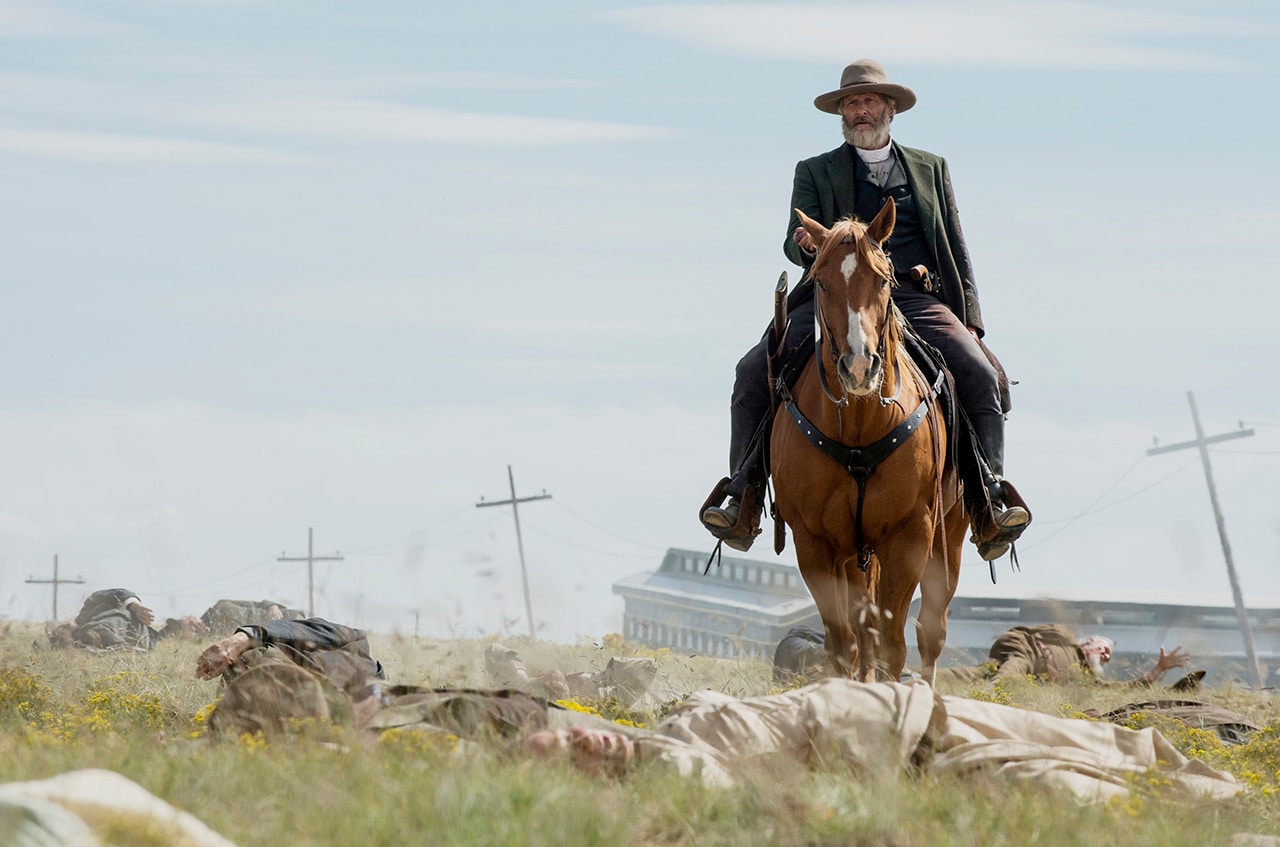 The Crown
When: December 8
Where: Netflix

Peter Morgan’s six-season exploration of Queen Elizabeth II’s life enters its second decade in December, with Claire Foy playing the lead character for what will be the last time before her role is recast next year. Season 2 will cover from the Suez Crisis in 1956 to the Profumo affair in 1963 that led to the resignation of Harold Macmillan. New cast members include Michael C. Hall (Dexter) as JFK, Jodi Balfour as JFK’s wife, Matthew Goode as Margaret’s (Vanessa Kirby) husband, and Anton Lesser as Macmillan.

Wormwood
When: December 15
Where: Netflix

Acclaimed documentarian Errol Morris (The Thin Blue Line, The Fog of War) takes a left-turn into the true-crime genre, with actors such as Peter Sarsgaard and Molly Parker playing the roles of the people involved. Wormwood charts one man’s six-decade investigation into the mysterious death of his father, a bioweapons scientist and CIA employee tied to the latter’s secret LSD experiments.