Assassin’s Creed Movie: The Cast and Crew on Working Together, the Central Conflict, and Doing Right by the Fans

Assassin’s Creed is a powerful name in the world of video gaming. After all, it has sold over 90 million copies since the launch of the first eponymous title just nine years ago. Since then, the franchise has delivered a new major instalment every year on the trot, except this year. Instead, in 2016, Ubisoft has another offering – a live-action movie addition to the canon that it hopes will extend the reach of Assassin’s Creed.

The film has been in the works since 2011. Simply titled Assassin’s Creed, it's releasing in India in the last week of December. “Even before talking to potential screenwriters and studio partners, we felt we needed an iconic actor to play our assassin,” Jean de Rivières, senior VP at Ubisoft Motion Pictures and executive producer on Assassin’s Creed, said in an interview. “Michael Fassbender was the obvious choice, he brought both mainstream success and an independent touch to the project. We only went to Michael; no other actor was ever up for the role.”

Fassbender, born to Irish and German parents, is currently one of the leading lights in Hollywood’s eye. To most, he’s known as the young Magneto from the X-Men film series, and he’s had starring roles as the Apple co-founder in Danny Boyle’s Steve Jobs, and a British officer during World War II in Quentin Tarantino’s Inglourious Basterds.

When Ubisoft approached him for the role, he had very little idea about the games themselves. “I’d obviously heard about it and seen all the posters and adverts, but I really didn’t know the story or methodology behind it,” Fassbender said. “When I met up with the guys they told me the whole premise behind it: this idea of DNA memory and the war that was waging between the Templars and the Assassins, and the idea that Adam and Eve were the first Assassins. I thought all of that was really fascinating stuff."

“The real thing that I thought was going to give us an extra edge over other films of this genre was this idea of DNA memory," he continued, "that we hold in us the experiences, mistakes and memories of our ancestors. That’s what we’ve come to call instinct. I thought that was a really cool scientific theory that seemed very plausible.”

Fassbender was so excited in fact, that he agreed to produce the film as well. “Michael’s passion for his job is very inspiring,” said co-star and Academy Award-winner Marion Cotillard, who has appeared in films such as The Dark Knight Rises, and Inception. “His love for cinema is contagious and he will bring everybody together to tell the story he wants to tell.” Fassbender has been involved since the beginning with Assassin’s Creed, and it was he who broached the subject with director Justin Kurzel, who rose to fame with his 2011 drama Snowtown.

This is the second time all of Fassbender, Cotillard, and Kurzel are working together, after an adaptation of William Shakespeare’s Macbeth last year. “I can’t remember exactly when it was that I brought it to [Kurzel], but it was obviously sometime during Macbeth,” Fassbender added. “I don’t think he took long to answer actually. He was pretty excited by it, and I’m pretty sure he went for it immediately.”

“What struck me in the first instance was the script and the idea that you can have some sort of relationship with your ancestors, and have access to their memories,” Kurzel said. "I thought the idea that the experiences of your ancestors somehow define you in the present day was fascinating and very interesting.” 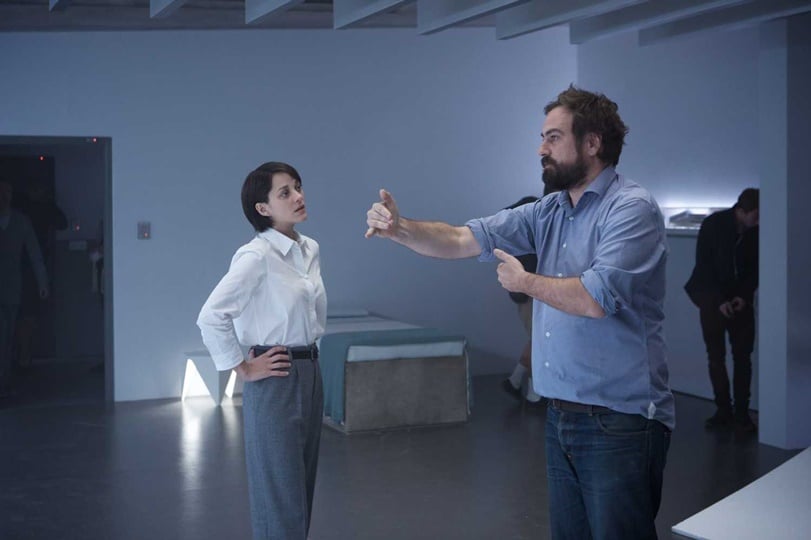 In turn, it fell to Kurzel to ask Cotillard to join the cast. “It hasn’t happened that much in my life, to have a relationship with a director who is so deep into the details of the emotions of a character, and when he asked me if I wanted to do another movie with him, I said, ‘Yes, of course’,” Cotillard remarked. “It’s really, really rare to have this opportunity. Justin [Kurzel] is different, and I think that’s why they wanted him to direct this movie, and why Michael got him on board. He knew Justin would do something different.”

“[Kurzel] has a very good feel for the scenes and the actors, and how to eke out of them the best performances,” Fassbender said. He added that the Australia-born director knows how to keep the audience on a knife edge, and dwell on the outstanding. Cotillard agreed with Fassbender’s assessment, and replied: “Even the less significant scenes or actions, he does something great with it. He talks to all the actors on set, whether they have one sentence or 100. He is interested in what you can deliver, and he has respect for every actor. It’s beautiful to watch, honestly.”

A mission in itself
But taking on an adaptation of a video game with history and a passionate player-base means having to understand the scope, manage expectations, and deliver something that cuts against the grain of other failed attempts. For Kurzel, that meant distilling the franchise lore to its roots. “The film is really about violence and the responsibility of violence,” he said.

The central conflict in any Assassin’s Creed game revolves around a centuries-old conflict between two secret societies – the Assassin Brotherhood, and the Templars – who have fought over varying ideologies. While the Templars are obsessed with imposing a New World Order, the Brotherhood claims to fight for free-will. At the end of the day, it manifests into violence and bloodshed, which Kurzel believes to be a good kick-off point.

“[It is] very interesting because it’s the confrontation of different ideologies for the same goal, which is basically what happens in the real world,” Cotillard explained. “We all want the same thing, but we don’t have the same books, and we don’t have the same vision. Wars are fought in the thought that bringing people to the same ideology or religion will make the world a better place, and that’s absolutely not working. Not that it’s right or wrong; it’s just not working.”

Fassbender think that analogy aligns with the world of Assassin’s Creed they have worked into the film. The differences between the Brotherhood and the Templars, he said, are “not as clear cut as, let’s say, the dark side and the light. The moralities get very blurred and both factions contradict themselves and are quite hypocritical in certain respects. It’s a very grey moral area, which I always think is more interesting.”

At the same time, Fassbender noted, the film can’t completely ape the franchise’s roots. “We don’t want to make a video game, obviously,” he added. “That’s sometimes where these types of films go wrong – when they try and do that. We definitely want to do something cinematic, and we’re introducing new characters and new regression time periods, so we can actually bring something to it. We’re hoping there’ll be parallels going back and forth – we use off the games and they’ll use off the movies in the future.”

That’s something Ubisoft itself too has pointed out in the past. “It was important to the development to bring something new to Assassin’s Creed for the feature film,” noted de Rivières, “the story, the characters and the setting were crafted specifically for the big screen. This gave us an opportunity to take that storyline further, go deeper into the world of the modern Templars and Abstergo, so fans will discover more about world of Assassins Creed when they see the film in theatres.” 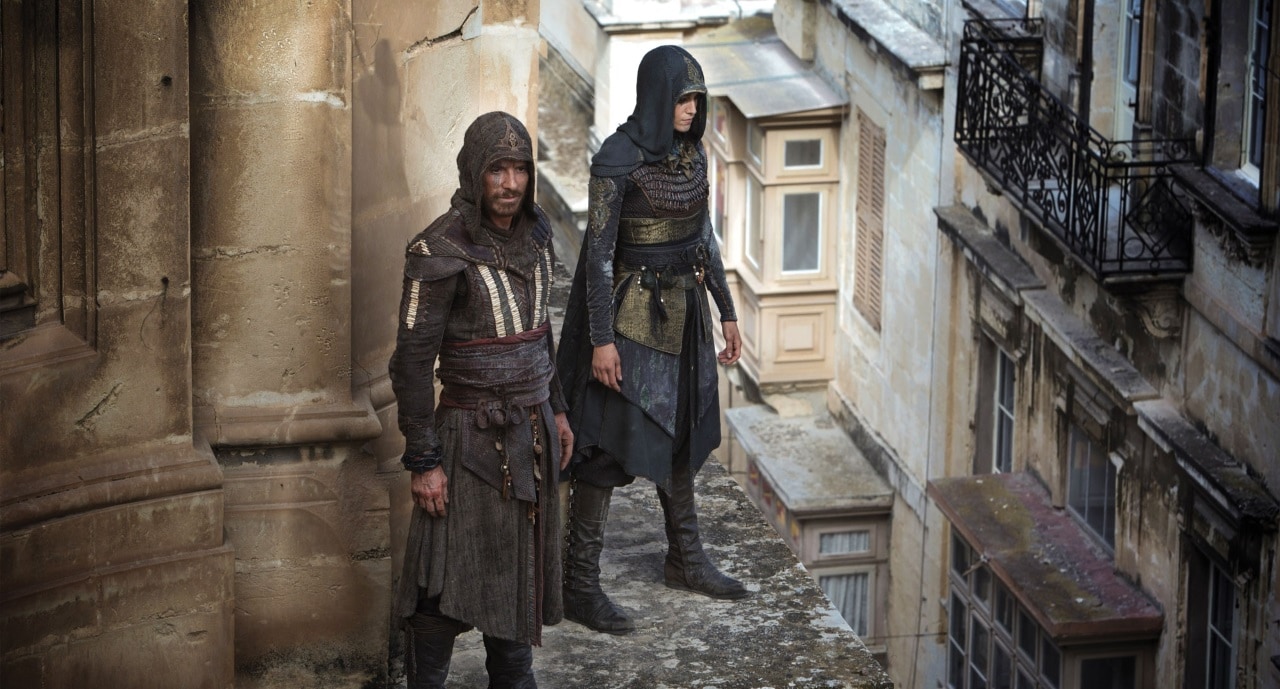 With a bunch of failed game adaptations in the past – including Ubisoft’s own Prince of Persia with Jake Gyllenhaal – it also meant added pressure for the director. But Kurzel said that he never saw it from that point of view, and added: “There’s never been a conscious point of bearing the banner for the next generation of video game movies. Maybe it’s because of the people involved and the ideas within the script. To me, it read like a fantastic historical piece meets a sophisticated sci-fi film.”

Fassbender, meanwhile, understands the massive expectations that come with an extensive property such as Assassin’s Creed. “Hopefully, we’re not going to let any fans of the games down because the great thing about gamers is that they have this passion for it,” he said. “Their passion spurs you on, and you know you’re making it for an audience that is critical and passionate and hungry for it. They’ll let you know if you don’t get it right.”

If you like Assassin's Creed, you should participate in our giveaway where you can win a bunch of merchandise, from hoodies to keychains.