Arms, Despicable Me 3, and More – The Weekend Chill 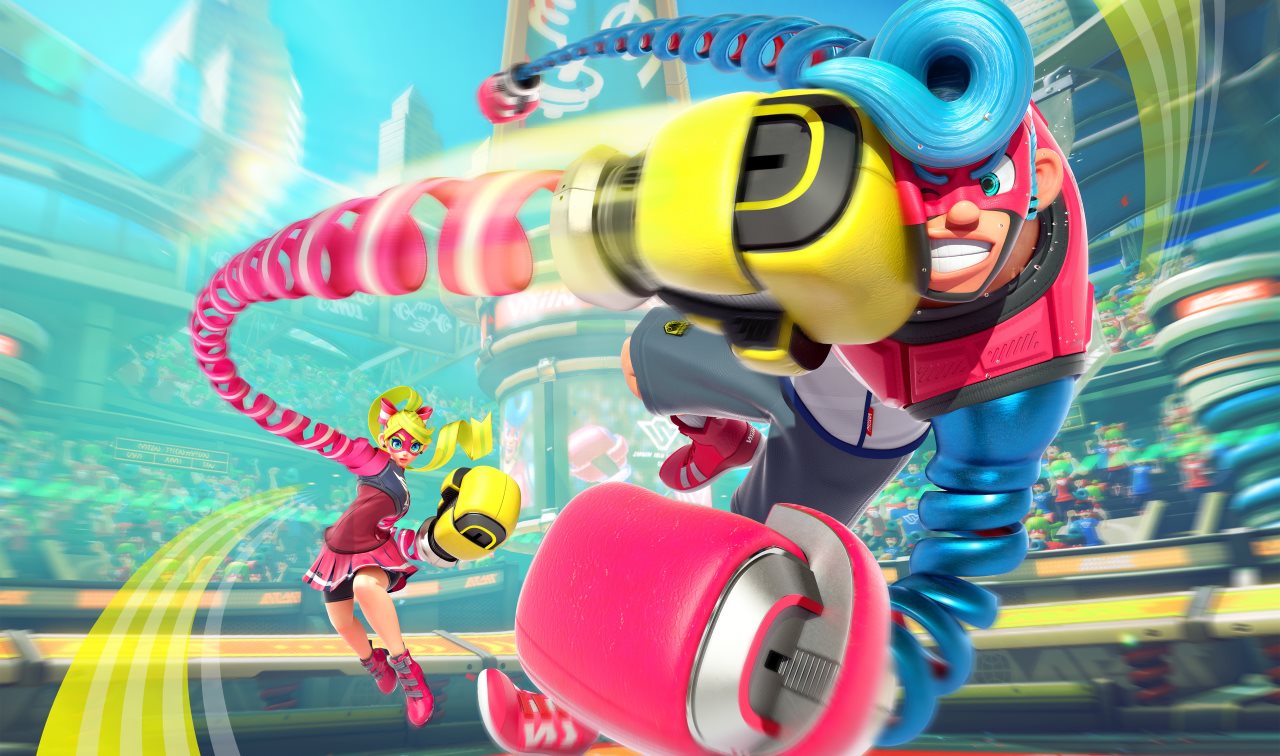 Last Friday, Marvel released the first teaser trailer for Black Panther during the fourth game of the NBA Finals. Starring Chadwick Boseman as T’Challa aka Black Panther, who reprises his role from Captain America: Civil War, the teaser provides a look at how director Ryan Coogler has dreamed up the technologically-advanced African nation of Wakanda. Michael B. Jordan, Lupita Nyong’o, Martin Freeman, Forest Whitaker, and Andy Serkis star alongside. Black Panther opens February 16, 2018.

On Saturday, Star Wars’ John Boyega showed up at EA’s pre-E3 2017 event via a recorded video to announce that Captain Phasma and his character Finn would be present in Star Wars Battlefront II. The game’s multiplayer will span all three eras of Star Wars, and unlike the original, it will have a single-player campaign that will bridge the gap between Episode VI: Return of the Jedi, and Episode VII: The Force Awakens. Star Wars Battlefront II releases November 17.

Game of Thrones’ seventh season is just a month away at this point, and HBO’s marketing wheels has given us an official look at the special effects behind the new season. Meanwhile, new promotional images have popped up as well, giving us a look at Bran Stark, Samwell Tarly, Podrick Payne, and Tormund Giantsbane among others.

Thanks to Sony’s PlayStation event at E3 2017, we got an extended look at the upcoming Spider-Man game on Tuesday, which seems to be taking its cues from Batman: Arkham series. There are some stealth-based moments here, followed by a long helicopter chase that stretches Spidey’s capabilities. The game doesn’t have a specific release date, just 2018.

Despite the disappointing X-Men: Apocalypse, Fox is moving forward with a new entry titled X-Men: Dark Phoenix. It has now decided on a director in Simon Kinberg, who has been a writer on three of the last four X-Men films, in addition to the failed Fantastic Four reboot. Jennifer Lawrence, Michael Fassbender, James McAvoy, Nicholas Hoult, and Sophie Turner are expected to return. Dark Phoenix will be a directorial debut for Kinberg, which is currently scheduled for November 2, 2018.

After the turnaround to the reception for films in the DC universe with Wonder Woman, DC Films co-chairman Geoff Johns has agreed that their initial grittier approach might not have been the best idea. In an interview with The Wrap, he described their future vision as: “Get to the essence of the character and make the movies fun. Just make sure that the characters are the characters with heart, humour, hope, heroics, and optimism at the base.”

Lastly, after two weeks of teasers, director Neill Blomkamp (District 9, Elysium) has released the first in his series of short films, Oats Studios. The 22-minute film, starring Sigourney Weaver as a resistance leader, is called Rakka. In it, an alien race arrives on Earth to conquer the planet, enslaving and torturing people, while a group led by Weaver puts up a fight. Rakka is available for free on YouTube and Steam.

TV:
The Handmaid’s Tale
Hulu’s new original – from creator, showrunner, and executive producer Bruce Miller – is based on Canadian author Margaret Atwood’s 1985 dystopian novel of the same name. It’s set in near-future New England where a totalitarian military dictatorship has overthrown the United States government, and established a rigid system that subjugates women in the name of declining fertility rates.

The show follows a handmaid named Offred (Elisabeth Moss), who is enslaved to produce a child for Commander Waterford (Joseph Fiennes) and his wife Serena Joy (Yvonne Strahovski), while protecting herself from the ills of the society around her. Handmaids are supposed to not speak up, or read in Gilead, and Offred follows the rules without a meep so she can one day find the daughter taken from her.

It’s easily one of the best shows to come out this year, and has developed beyond Atwood’s book during the first season. If you’re the kind who likes to wait for the season to get over, and then binge-watch it at once, you can do that now with The Handmaid’s Tale.

American Gods
Based on Neil Gaiman’s multiple award-winning book that brings together Americana, fantasy, and ancient and modern mythology, American Gods tells the story of a war brewing between the Old Gods and New Gods, as the former fear becoming irrelevant, as their believers are dying off or being seduced by the money, technology, and fame offered by the latter.

The story is told through the viewpoint of Shadow Moon (Ricky Whittle), an ex-con who becomes bodyguard for conman Mr. Wednesday (Ian McShane), even as Shadow reels from the recent death of his wife. Created by Byran Fuller (Hannibal) and Michael Green (Blade Runner 2049), with Gaiman serving as executive producer, the show brings the meticulous visual style that Fuller developed during his Hannibal years.

American Gods airs its final episode of the season on Sunday night in the US, so it gives you the perfect excuse to catch up before that. The show can be quite confusing at times, so we’ve got episode by episode recaps if you need reading material during your journey.

Movies:
Despicable Me 3
Two films and $1.5 billion in, the studio – including franchise veteran writers Ken Daurio and Cinco Paul – has developed a blueprint that it knows will work, surrounding its protagonist Gru with his three adopted daughters, and the beloved Minions. With Despicable Me 3, the film gives the villainous Gru two more characters to bounce off his idiosyncrasies.

There’s new villain, Balthazar Bratt (South Park’s Trey Parker), a former child star who’s obsessed with his 80s-style character. See his last name for added emphasis. And the second is Gru’s twin-brother Dru, who is everything Gru isn’t. After Gru and Lucy are thrown out of the Anti-Villain League for failing to stop Balthazar, they enlist Dru’s help.

Directed by Pierre Coffin and Kyle Balda, and co-directed by Eric Guillon, Despicable Me 3 has received average ratings from early reviews. Of course, that’s not going to matter to the film’s target audience: kids.

How to access: Out in cinema halls
Time commitment: 1 hour and 30 minutes

The Lego Batman Movie
After Will Arnett’s satirical portrayal of the Dark Knight won many fans in 2014’s The Lego Movie, Warner Bros. and DC gave him the natural upgrade – a standalone spin-off film, where audiences would get more of the zany version of Batman, who only “works in black, and sometimes very, very dark grey.” That’s what The Lego Batman Movie is ultimately about: it lets loose his egomaniac personality, and the seeming obliviousness to anything around him.

The good part? It works, and works great. Supporting Arnett as part of the voice cast are Ralph Fiennes as Alfred, the butler; Michael Cera, who plays Dick Grayson, Batman’s adopted son who adopts the codename of Robin; Rosario Dawson as Barbara Gordon, the new commissioner of Gotham City; and Zach Galifianakis as the crazy Joker, Batman’s arch enemy who wants acceptance of the very thing.

The Lego Batman Movie takes place at a frenetic pace for the most part, but is still clever enough to know when to insert clever pauses that add the requisite emphasis. Kudos to director Chris McKay, and the three editors – David Burrows, Matt Villa, and John Venzon. Now available on Blu-ray, it comes with several animated shorts, making-of featurettes, and deleted scenes.

How to access: Amazon US, Amazon Video US, iTunes US, Microsoft Store, or YouTube
Time commitment: 1 hour and 46 minutes

John Wick: Chapter 2
In the 2014 original, Keanu Reeves’ eponymous character – a retired expert assassin – navigated grief over the death of his wife by connecting with a puppy she left for him as a posthumous gift. So when a bunch of thugs break into his house and kill the dog, Wick is furious. You wouldn’t know it from his demeanour, but his actions are the obvious proof. And that’s what made the movie so exciting – the well-choreographed action.

That film ended with Wick narrowly escaping death after a bounty had been placed on his head. The sequel picks up shortly after, with Wick forced back out of retirement – it just keeps happening to him, doesn’t it? – to help stop a former associate from… let’s be honest, it’s not like anyone cares about the plot anyway.

John Wick: Chapter 2 was rated at a similar level as the first film, with the successor cranking up the action and gore, but with the originality factor dissipating. If you get the Blu-ray, you’ll get access to a commentary track with Reeves and director Chad Stahelski, a fight choreography featurette and fight rehearsals, and deleted scenes.

How to access: Amazon US, Amazon Video US, Google Play Movies, iTunes US, or YouTube
Time commitment: 2 hour and 2 minutes

Neruda
From Chilean director Pablo Larraín – who directed Natalie Portman as JFK’s wife in Oscar-nominated Jackie – comes the story of a Chilean poet with whom he shared a name: Pablo Neruda. Neruda wasn’t just a Nobel Prize-winning poet but also the most famous communist in post-WWII Chile during his life. With Chile’s political allegiances shifting, Neruda disappeared from public life to protect himself.

Neruda, the film, follows a police inspector Óscar Peluchonneau (Gael García Bernal) who hunts down the poet (Luis Gnecco) in his home country. Meanwhile, international pressure grows as Pablo Picasso leads European artists to call for Neruda’s freedom. The poet takes it upon himself to create a game of cat-and-mouse, all while becoming a dual icon of liberty and literature.

Larraín’s film was well-received by most critics, with praise directed towards Gnecco’s performance, and the director’s soft touch and his mastery at delivering a superb third act. Neruda is a film that raises many questions, but doesn’t offer any easy answers.

How to access: Amazon Video US, Google Play Movies, iTunes US, Microsoft Store, or YouTube
Time commitment: 1 hour and 47 minutes

Video games:
Arms
After delivering updated versions of titles designed for the Wii U, Nintendo has finally come out with its first new IP for the Switch. It’s called Arms, and that’s because characters have specially-designed extendable, well, arms that help punch and beat their opponents in a closed arena. Designed to be played using a mix of button presses and quick hand motions, Arms is being called “the first fighting game of its kind”.

Since it’s all about the punch, there’s a lot you can do with them: guide them mid-flight, avoid incoming attacks by dashing, powering-up for extra damage, curving fists around obstacles, and most importantly, fill up a special gauge so you can deal out combinations for a finishing move. But whatever you do, don’t forget to grab your Joy-Con and put on the wrist grip.

The team behind Arms has spent a lot of time trying to give each character special attributes, with different types of arms meant for different styles of play. The game has been generally well-received by most critics, with it being accessible to newcomers, and adjustable to more dedicated players.