All TV Series That Apple's Commissioned for Its Upcoming Streaming Service

Not satisfied with selling the world's most well-known phone, Apple has decided to venture into the world of Netflix, HBO, and Amazon: original content. Since 2016, Apple has been hiring long-time veterans of the entertainment industry in a bid to attract talent, and will reportedly spend a billion dollars annually. That's meagre compared to Netflix ($8 billion in 2018), or Amazon ($4.5 billion in 2017), but it's still enough to greenlight a lot of TV shows.

While Apple keeps signing new deals, we still don't know much about its streaming platform. While the first two reality shows were released on its subscription-based music streaming service Apple Music, it seems unlikely that will be the case for bigger scripted productions. What we do know is that Apple is stressing on family-friendly programming, so don't expect a Game of Thrones successor.

This list will be continually updated as further announcements of Apple's original programming efforts are revealed, reported, or confirmed. Here's what we've come across so far:

What it's about: It's like Shark Tank for app developers. A bunch of pre-selected developers pitch their app ideas to a panel of judges – Jessica Alba, Will.i.am, Gwyneth Paltrow, and Gary Vaynerchuk – and if they like the idea, one of the judges takes the developers under their wing until they pitch it to a VC firm to secure funding.

Critics had a highly negative opinion of Apple's first foray into original content, and Planet of the Apps has not been greenlit for a second season yet. 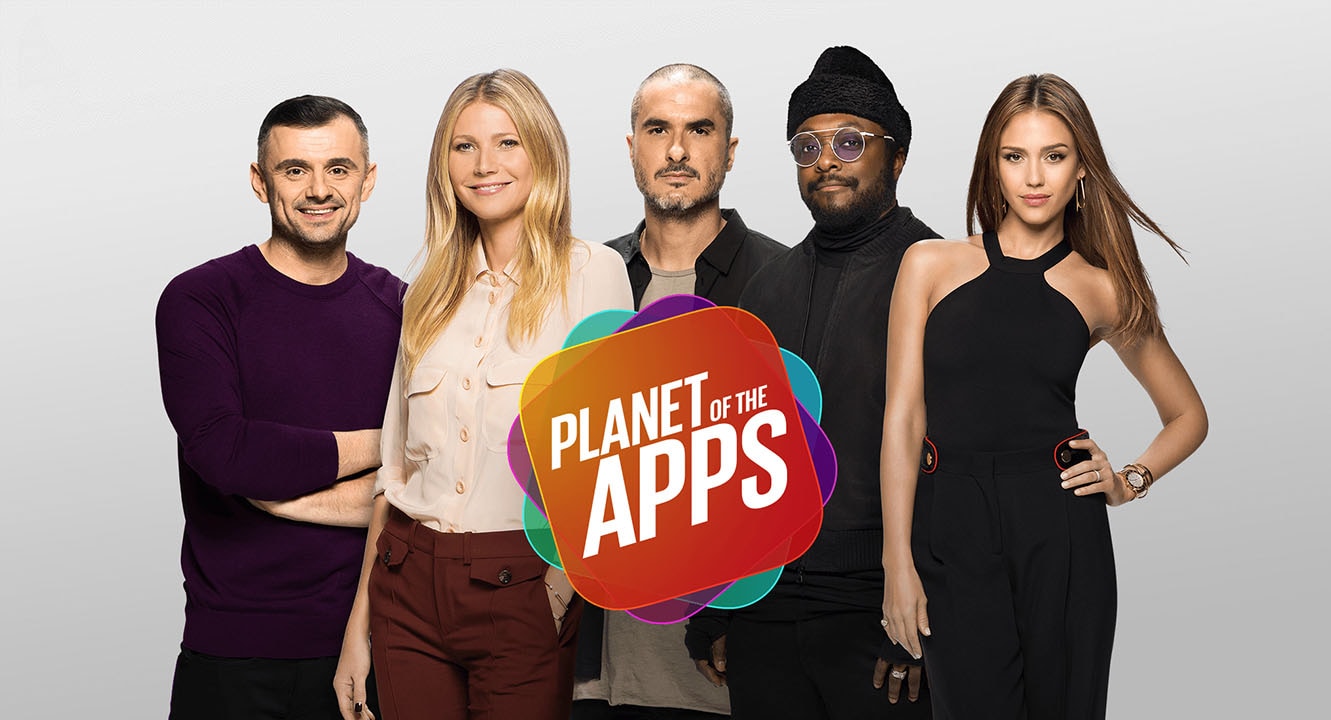 What it's about: Corden's viral hit skit from his own late night talk-show, in which celebrities ride and sing in a moving car, got an expanded version on Apple Music. In addition to the usual car karaoke, the series also had staged bits shot outside the car, featuring celebrities such as Will Smith, Ariana Grande, Metallica, and Maisie Williams.

The quality of every episode varies as the celebrities keep changing, but most critics and viewers gave the thumbs down to the segments outside the car, which felt staged and turned people off. It was good enough overall that Apple renewed Carpool Karaoke for season 2.

What it's about: Steven Spielberg's multiple Emmy-winning 80s series became the first Apple project to be greenlit after its hiring of veteran Sony executives Jamie Erlicht and Zack Van Amburg in June 2017. Though Bryan Fuller – co-creator of Hannibal – was initially on board to write, he stepped down after Apple reportedly pushed for a family-friendly approach.

For what it's worth, Fuller has a habit of leaving shows. Amazing Stories was his third, after American Gods and Star Trek: Discovery. Amazing Stories found new showrunners in Horowitz and Kitsis in May, who had recently finished Once Upon a Time. Spielberg will serve in the capacity of executive producer.

What it's about: Witherspoon and Aniston will head, produce, and star in this drama set around a morning news TV show, described as "as an inside look at the lives of the people who help America wake up in the morning, exploring the unique challenges faced by the women (and men) who carry out this daily televised ritual". Apple is so confident that it's given the show a 20-episode two-season order, which rarely happens. 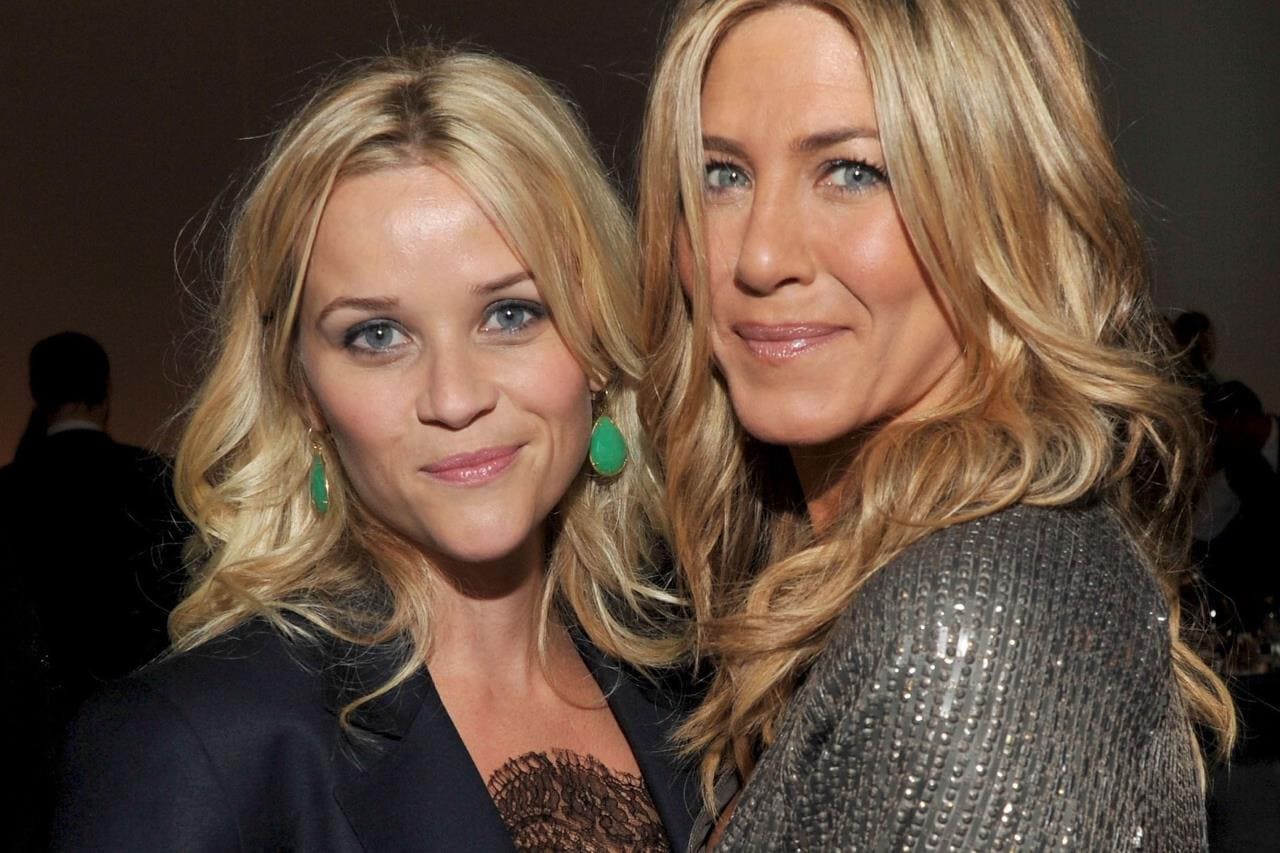 What it's about: Battlestar Galactica creator Moore is headed back to space for Apple's first foray into sci-fi, which "explores what would have happened if the global space race had never ended". Moore wrote the show, along with Fargo co-executive producers Matt Wolpert and Ben Nedivi.

What it's about: Based on the true-crime novel by Kathleen Barber, Are You Sleeping is a thriller drama starring Octavia Spencer (The Shape of Water). Witherspoon will produce via her Hello Sunshine label, while Spellman (The Good Wife) is the creator, and will write the series. Unlike other shows on Apple's slate, which have straight-to-series orders, Are You Sleeping is being developed for straight-to-series consideration.

What it's about: The first docuseries in Apple's programming slate, Home "will offer viewers a never-before-seen look inside the world’s most extraordinary homes, and delves into the minds of the people who built them", per Variety. A bit like MTV Cribs then, except it doesn't explicitly mention celebrities.

Tyrnauer and Reeser are from Altimeter Films, Weaver, Orefice, and Gersh from Time Inc. Productions, and Poulin is the CEO of Luxury Retreats. All of them will executive produce, while Tyrnauer also directs Home.

What it's about: Knight – creator of Peaky Blinders, and co-creator of Who Wants to Be a Millionaire? – and Lawrence (The Hunger Games: Catching Fire and Mockingjay Parts 1 & 2) are behind this "epic, world-building drama set in the future", according to Deadline.

The first season will reportedly have eight episodes, though an order hasn't been finalised. 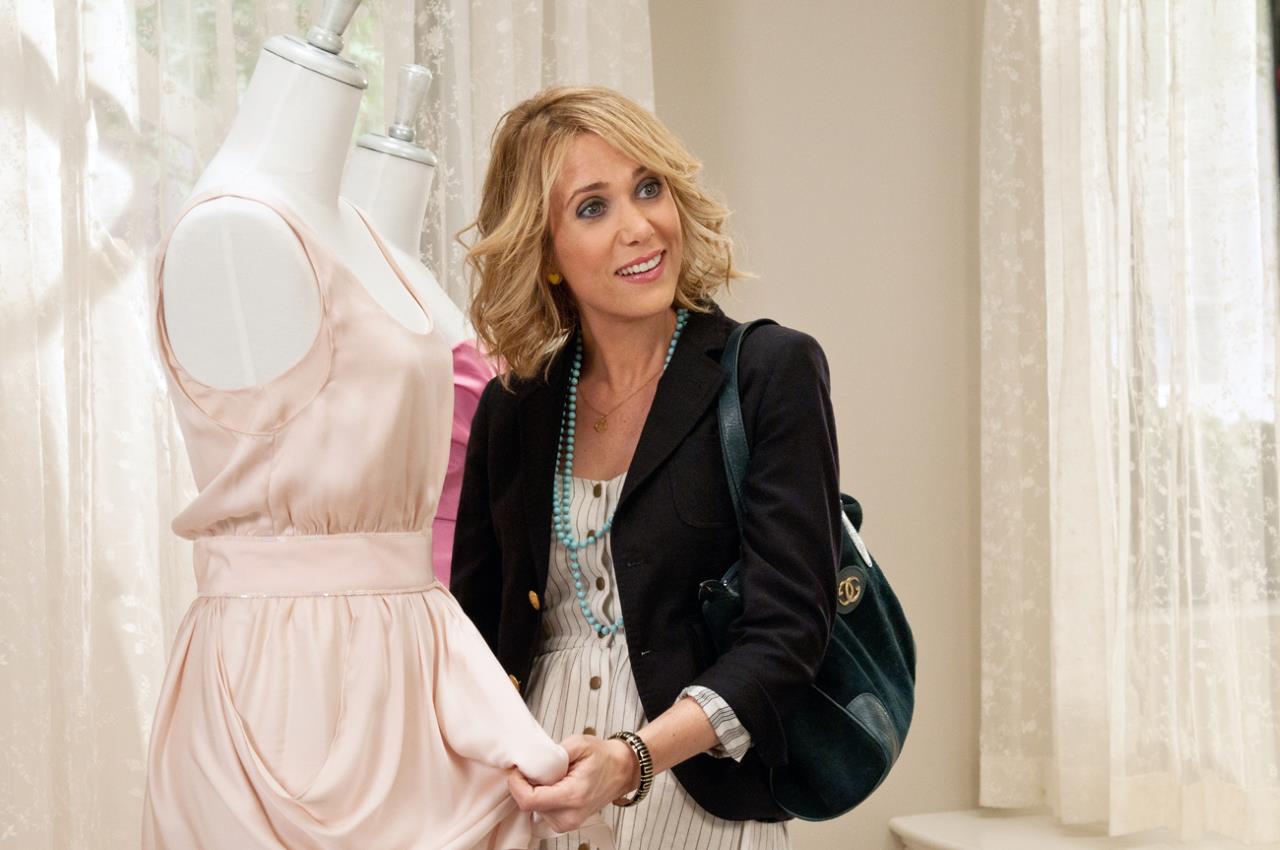 What it's about: Apple's first scripted comedy series comes from Saturday Night Live alum Wiig, who will both produce and star in the show. It'll have 10 episodes, and be inspired by a short story collection by Curtis Sittenfeld called You Think It, I'll Say It. Reese Witherspoon will executive produce via Hello Sunshine, while McGuinness (30 Rock) created the show and will serve as showrunner.

Apple won't directly own the show, according to The Hollywood Reporter, which means it could later appear on other networks.

What it's about: Nobody knows, as plot details are being kept under wraps. What we do know is that Chazelle will write and direct the series in entirety. He will also serve as executive producer, alongside fellow La La Land alums Jordan Horowitz and Fred Berger.

What it's about: Based on true stories featured in Epic Magazine, which are described as “a small, collective portrait of America’s immigrants — and thereby a portrait of America itself". It will "go beyond the headlines to look at the funny, romantic, heartfelt, inspiring and unexpected lives of immigrants in America, at a time when their stories are more relevant than ever".

Nanjiani, Gordon, and Yang will help write the show, while Eisenberg will serve as showrunner. Like Are You Sleeping, Little America is being developed for straight-to-series consideration.

What it's about: The life and career of NBA star Kevin Durant, currently with the Golden State Warriors, is the basis for this basketball drama. Durant's youth experiences will be the inspiration for Swagger, which will "explore the world of Amateur Athletic Union (AAU) basketball and the lives of the players, their families, and coaches", Variety says. 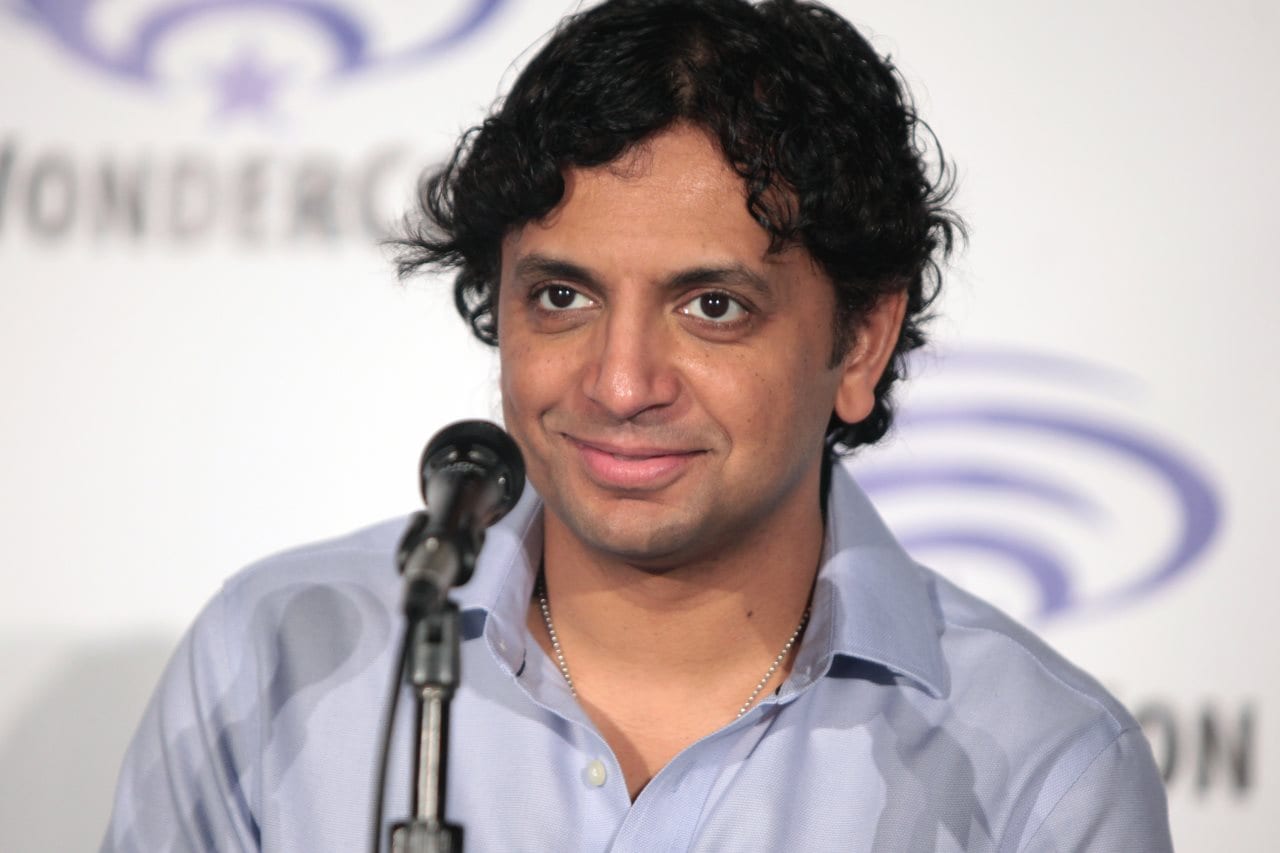 What it's about: The Sixth Sense director Shyamalan is behind Apple's first thriller series, a bit curious given the company's family-friendly approach. It'll be a half-hour 10-episode psychological thriller series from writer Basgallop, while Shyamalan will executive produce.

What it's about: Asimov's seminal work, which is the only series to have been honoured with a special Hugo Award for Best All-Time Series, is being developed for straight-to-series consideration by the writers behind Man of Steel (Goyer) and War of the Worlds (Friedman). This isn't the first time someone has tried to adapt the Foundation series, so it'll be interesting to see if this goes anywhere.

What it's about: Set in the 19th-century, the half-hour comedy starring Hailee Steinfeld (The Edge of Seventeen) in the lead will take "viewers into the world of [American poet] Emily Dickinson, audaciously exploring the constraints of society, gender, and family from the perspective of a budding writer who doesn’t fit in to her own time through her imaginative point of view. Dickinson is Emily’s coming-of-age story – one woman’s fight to get her voice heard."

It has a straight-to-series order with Smith writing the series, and David Gordon Green (Pineapple Express) directing.

What it's about: Bareilles will write and perform original music for this half-hour romantic comedy-drama, will be "a love letter to the diverse musicality of New York", and will explore "the universal journey of finding your authentic voice in your early 20s. It is described as a fresh, intensely romantic tale of the search to find your true voice… and then the courage to use it."

It has a straight-to-series order of 10 episodes. Nelson will serve as showrunner, as well as write and direct the pilot.